“Hi…can we just take any tricycle to Mount Luho?” I asked the hotel reception.

“Yes, you can…but you have to walk to the main road to get one. Here, no tricycle.” He spoke in thick Pinoy ascent.

“But I know someone who can offer you a better price…for ATV or buggy.” He added.

Back in Malaysia, hubby told me that we should try for ATV to Mount Luho. Moreover, we can continue the ride straight to Puka Beach. There are many operators who provide this activity, so we just have to pick one. So, thinking of trying this beast, I told hubby, why not.

The reception then called up his buddy who came 10 minutes after. He passed us his name card, printed with all activities that he offers. ATV, diving, snorkeling, island hopping, paragliding, bangka riding, paraw sailing, skimboarding, and what not.

I ALMOST SPITTED MY WELCOME DRINK ON HIS FACE!

GILE KO! “And which route we use?”

He explained that, the rougher the track, the longer the time, the handsome the price. Anyhow, we cannot ride straight to Puka Beach. Only up to Mount Luho. Ok, get it!! Macam rugi jer. So we told him that we will discuss and think about it first. Literally, WE WON’T TAKE IT LA KAN!

We went to see the reception and asked him about getting a tricycle. “Do you know how much will it cost if we were to take a tricycle instead?”

Hubby and I walked out from the hotel and headed to the main road. It was a bit cloudy but still, scorching hot. Fortunately, the hotel was only 50 meters away. Here in Philippines, the road direction is inverted than what we have back in Malaysia. Here, you have to wait at the opposite side if you are going left. But catching a tricycle wasn’t a big challenge though, for they can stop in any direction at any time they want. Haha! Before we stopped any tricycle, they stopped first and asked where we were going. Wah ini sudah bagus! Easy! Haha! 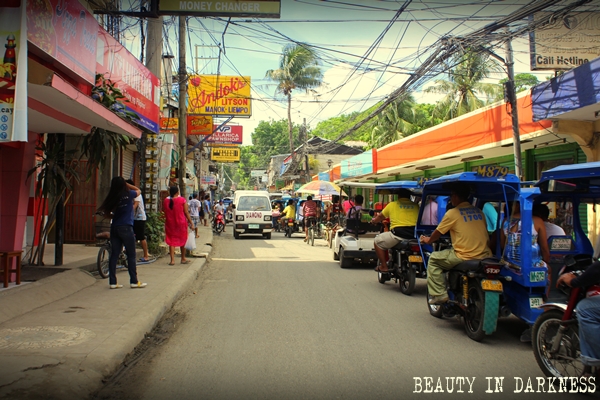 “Mount Luho? How much?” I asked the tricycler.

He nodded to show that he agreed.

“How much? How much?” I still didn’t get his answer. I saw his face, he looked contemplated. He might be doing a tough math, coz I looked like Muslim Mindanao. But why a Mindanao spoke English on her own land, rite? Macam belagak sangat. Haha!

Hubby and I however agreed (we asked few tricycles, they must have made a pact), since that was the standard charge for any location on non-flat land (well, Mount Luho is on high land). Whilst, any location on flat land should be cheaper, roughly around PHP70-PHP100. (Boracay Island is 7km long and 2.5km wide, so regardless the distance, price is fixed.) And so we rode to Mount Luho, and fair enough, it was actually quite far. Basically, it is located almost at the end of the island. Adding to the scene, the tricycle had to put extra effort, pressing to full throttle, especially when the road was slanting. We were really slow, hence, I looked at the tricycle speedo meter to check on the speed. Well, nope, it wasn’t working. 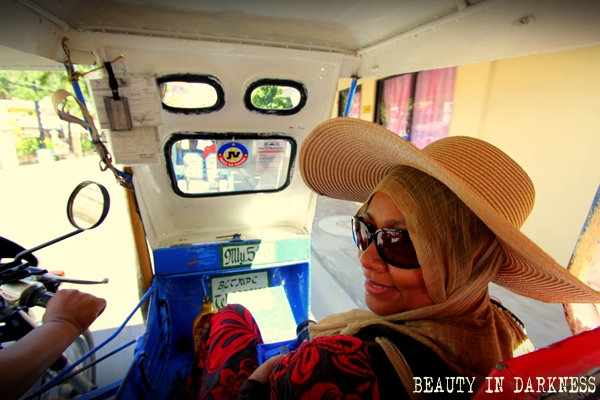 We then reached at one kampung where I saw one buggy overtaking us. In few seconds, another ATV did. 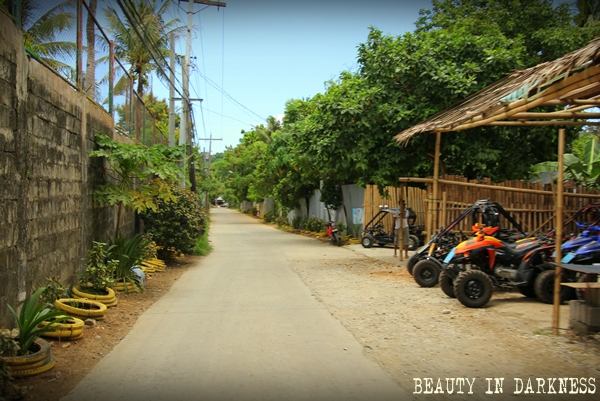 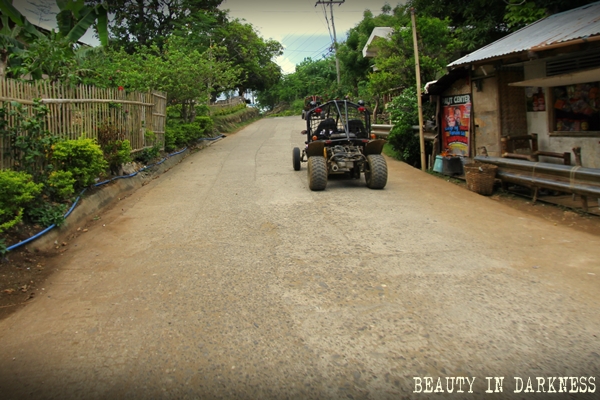 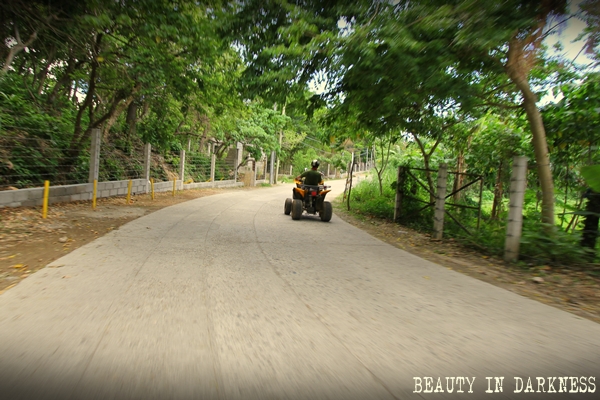 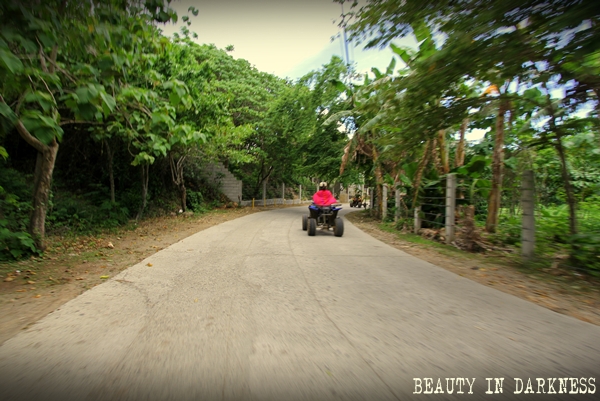 AND MORE AND MORE ATVs were overtaking us! (See how slow we were??) A group of ATV riders were looking good in safety helmets, riding up to the Mount Luho. Orang kaya! 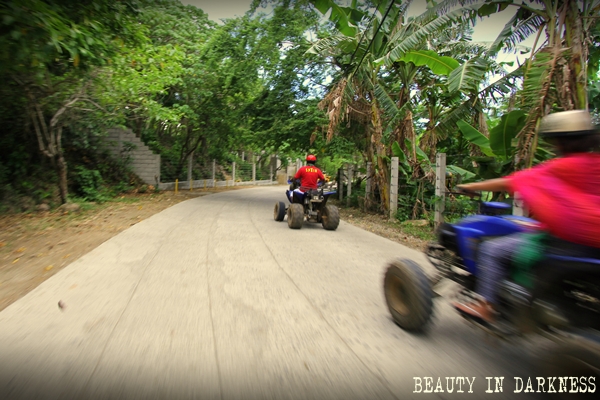 We however, reached the Mount Luho view point, and paid PHP120=RM9 each for the entrance fee. Before us, we saw ATV riders parked their ATV and gathered around. We quickly climbed the man-made track, to avoid congestion at the top. It was an easy climb (even with a long dress), from cement-rendered-steps to bamboo-tied-boardwalk to steel-tower. 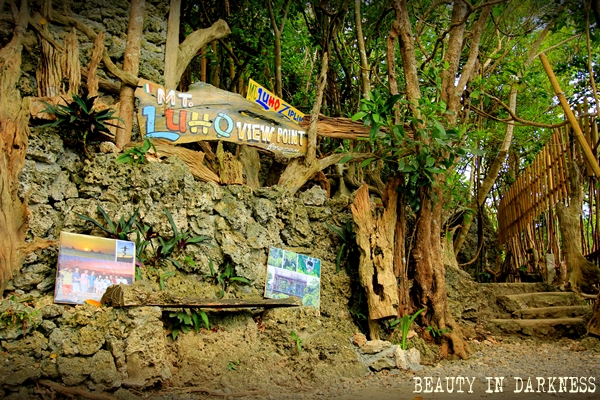 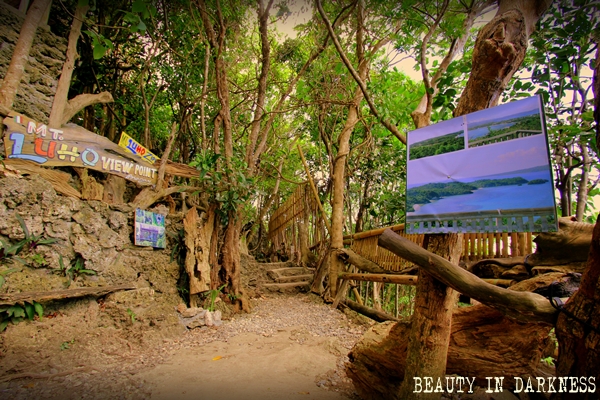 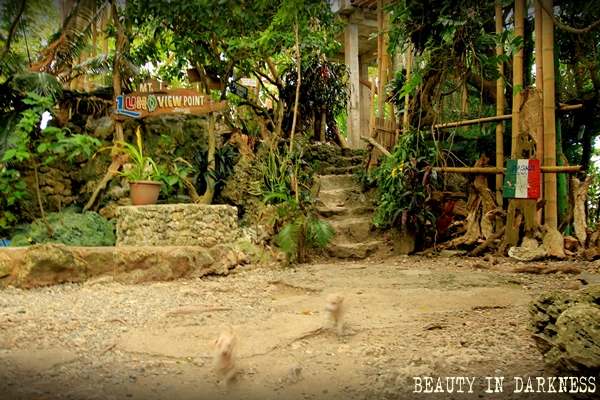 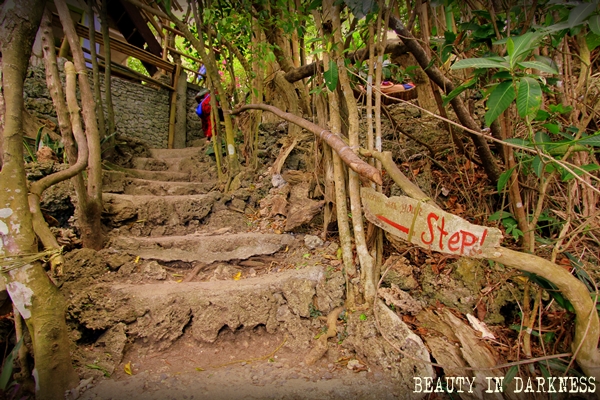 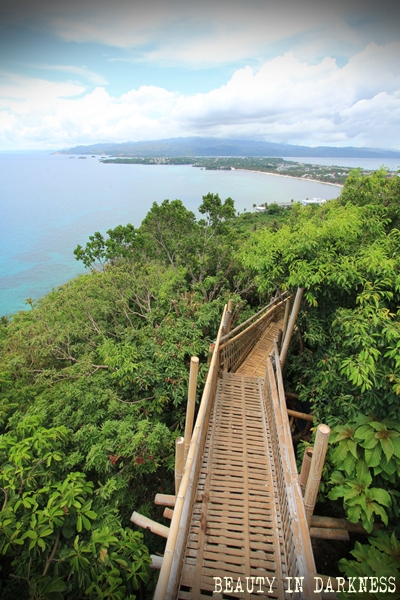 “WAHHHHHHHHHHHHHHH!” Both of us shouted happily, seeing the infinity blue ocean joining the clear blue sky with some splash of green trees over the land. 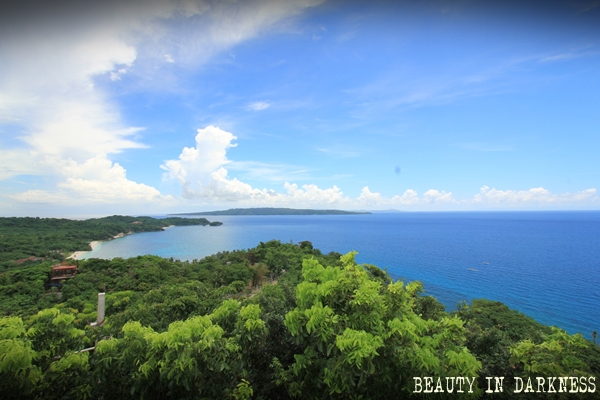 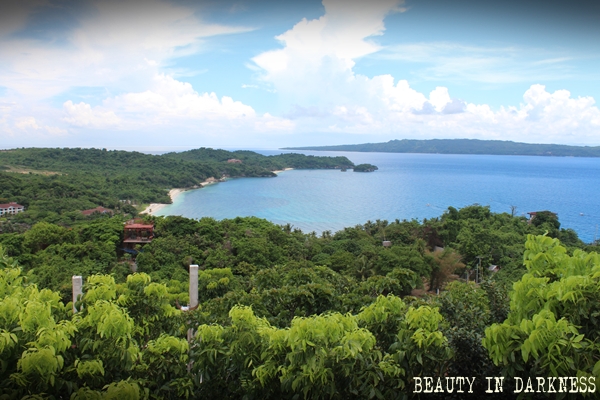 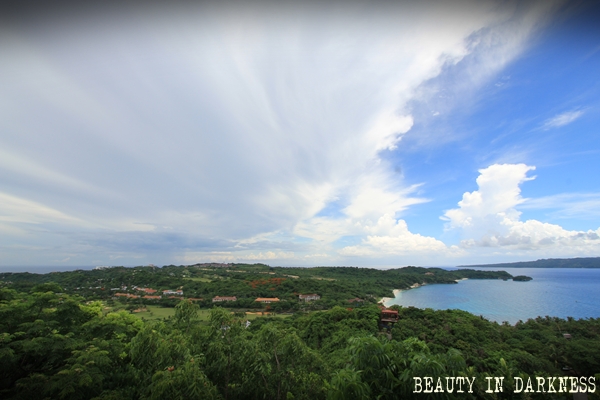 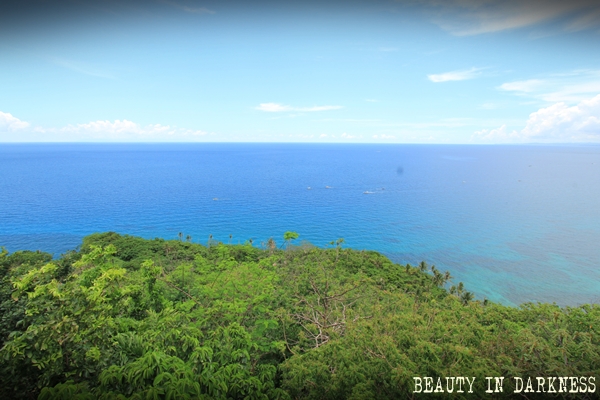 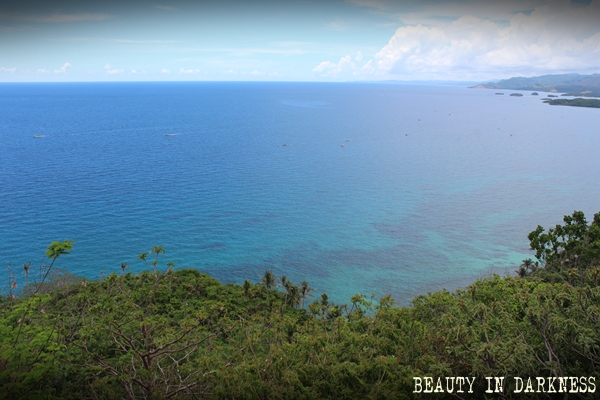 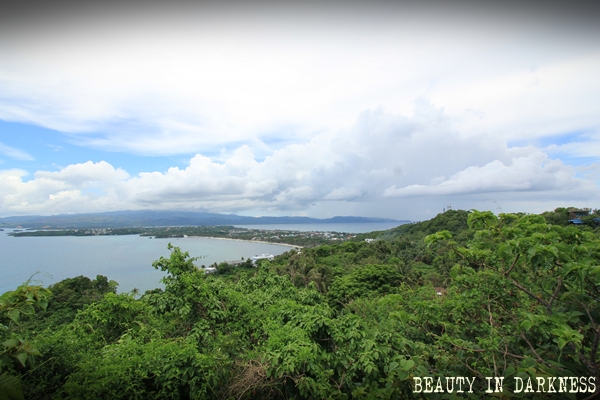 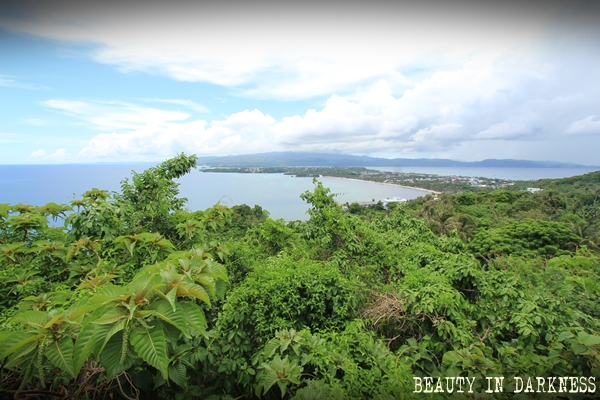 We were on the best view deck at the highest point in the island with 360 degrees view of the entire island! 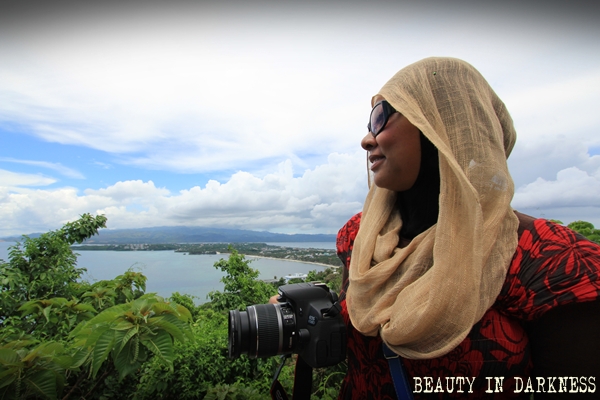 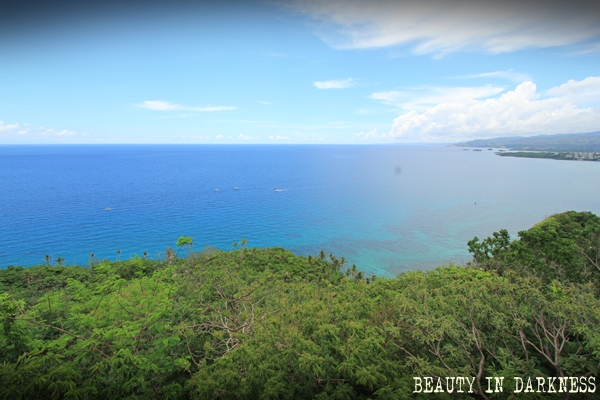 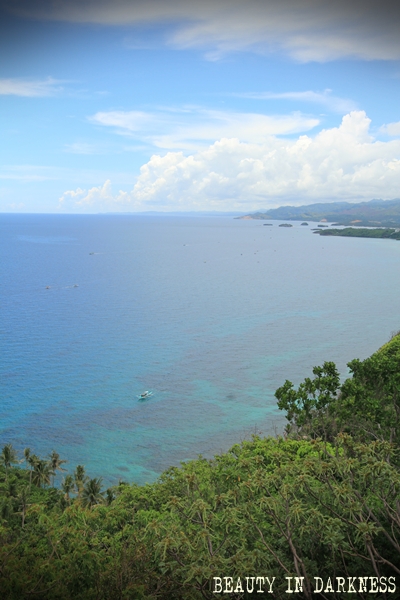 “What where?” Hubby was on viewfinder.

“Must be the Zipline. I thought we saw the info board just now?”

“Ya, I remember…but…I THOUGHT, it connects and uses the same track! Are we conned?” I was about to jump from the deck. 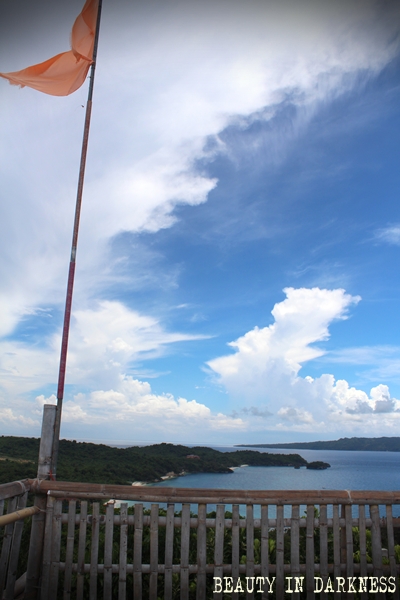 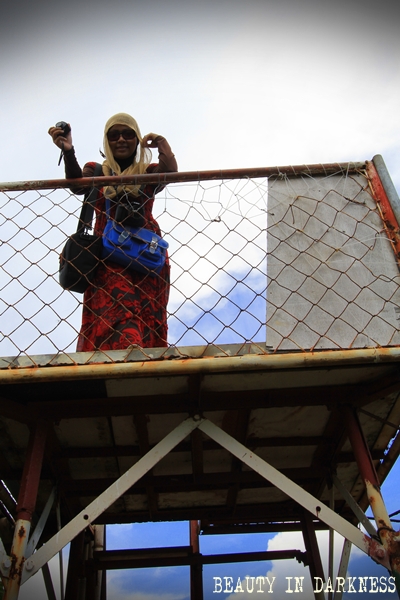 We went down since more visitors went up. We walked back to the entrance booth and asked the tricycle, “Why didn’t you bring us to another tower? Why here?” 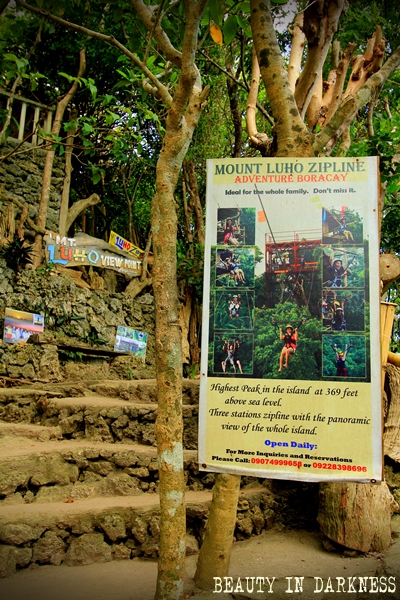 “It’s the same ma’am. You still need to pay the entrance fee there.” He explained.

“Ya, I know, but you should bring us there instead of here. The Zipline is there!” Nada tak puas hati tapi terpaksa redho.

“No…just bring us to Puka Beach.”

This is about travel n vacation, travel-philippines-boracay island, video

The whole view from Mount Luho is totally amazing! Worth climbing up. Plus, with dress on tue! :D Wow! Oh ya, mmg going to one destination PHP150 even though the distance varies ek? I mean, even it's 1km, 5km or 7km away?