Whoever got lucky this month, shall pick ONE of the participated follower in the list,
to enjoy another mystery gift!

So do participate, and get your friends to participate too!
IT'S A WIN-WIN SITUATION!
1. Create an entry "Biqque's May Lucky Follower" as your entry title.
2. Find your profile picture in my follower list and circle it.
(Those who have submitted for previous months, you know what to do by now.) 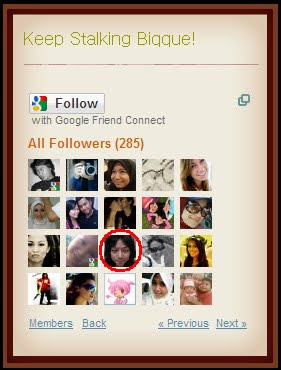 It's Anis face! :D
3. Leave your entry link in the comment section. The chosen one will get to choose his/her friend later, once the result is shown.

Remember! Lucky follower will get ONE mystery gift.
AND got to choose one participated follower,
to enjoy another mystery gift.

This is about contest, lucky follower

I don't know why, but two comments (from Dibitz and 3plepl8) in previous post have gone missing, when both of them didn't delete it, and same goes to me. Anyone knows why it happened? Any bad experience with Blogger? Is it related to that two days maintenance?

Trust Can Go To Hell Now?

Someone just got to know that someone is currently questioning someone’s trust. Someone kind off expecting this to be happened since someone recently pull the trigger, which someone think, has nothing to do with what had happened before.

Someone has never done something wrong since the day someone taken vow. Unfortunately, someone thought that someone is doing something behind someone’s back. Directly, someone makes someone feel disappointed with the stupid accusation. Someone said that someone gave lame excuse and someone still the same someone. Someone stand on someone's feet and bark to the moon. Hence, someone still said trust can go to hell which totally changed the way of someone’s thinking.

Someone started to open old book and hurt someone’s feeling. Where else, someone tried to make someone understand and accept that old book has no longer valid. Someone seriously has no heart to think that someone is bullshitting someone. And someone still thought that someone has right to do so and acted arrogant and claim someone’s right.

Someone repeatedly told someone that this is too much and overall issue is meaningless, and someone now released more beasts out of the cage. But someone doesn’t find it relevant and all these are still bullshit since someone has nothing to hide.

Someone finally dissatisfied and asked for final verdict. Someone chose to let go the trust that being built for quite sometime when someone asked someone to chew someone’s rules, where someone think someone is too emotional and still live in history. Someone asked to move on but someone now, having different point of view of living normally.

Someone felt that someone is purposely creating something that is out of control and someone now has to live and bear with it, since that is what someone's requested. Though someone didn’t expect the spark to create fire, and burn the whole village, someone still has to live with it.

Someone also has to accept that trust is no longer being the same and there is no point to make it the same, for someone doesn’t find it important anymore. Someone is sooooooo frustrated! So where does the trust go?

It went to hell, exactly like what someone has said "Trust can go to hell."

This is about drama

From Taiping With Love

It's been almost half a year since I went back to Taiping (Fuyuh! Lucky my family always come to visit me in KL.) 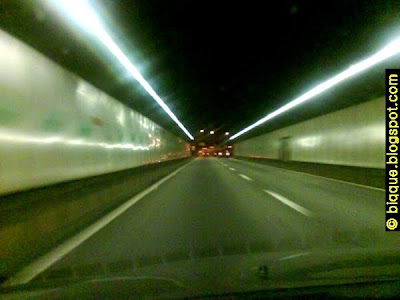 But seriously, I always and will always love to go back to Taiping. The journey, the food, the weather, the people, the scenery, and what I miss most is those pretty Taiping 'bapok'...hahaha!

Trust me, I was raised with this kind of open-minded craziness. After dinner, we just need to approach and grin straight to my dad's face and say, "Abah, one round..." and he will bring us for sight-seeing around Taiping Lake Garden and spot she-males behind those beautiful big trees. Not enough with spotting those she-males in 'kebaya' every Friday, my dad will drive us to the she-males residency, directed by my brother. (Hmmm...guys...) And guess how to spot their houses? Find any red-light rooms in Jalan Liek Thamby! Hahaha!

Ok enough! This is not about 'bapok'. (Though I find it amusing to tell about them :D)

What I would like to tell you guys is, every time I went back to Taiping, we (my family) always try to do fun activities. Eat, for sure...but what else to do in Taiping if you don't sleep at 10pm? Play bowling or karaoke.

So we took that 'regular' opportunity since my niece and nephew, who are taking bowling course, asking for re-match. Well, they lost to us before they take this intensive course, so why not. Let's see how good they are now with their 'customized' balls. 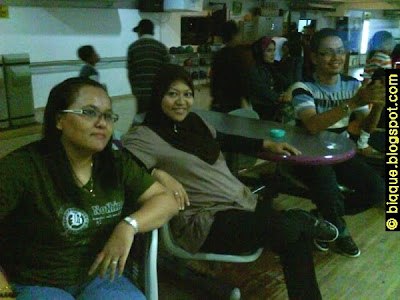 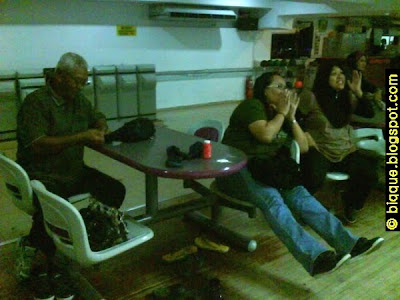 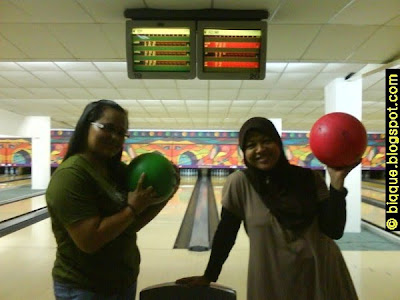 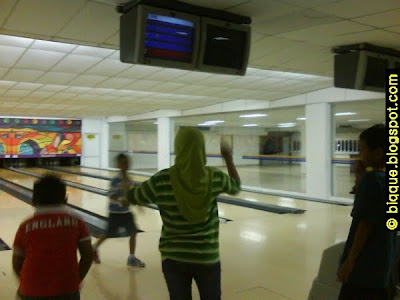 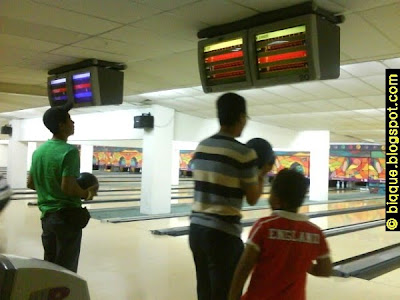 And my dad didn't miss a chance to try lah kan! Hahaha! The weight was there, but the aiming, 'longkang!' 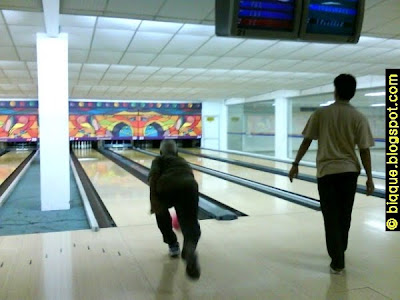 Unbelievable, my niece and nephew, they ARE really good! My niece in particular, has the positioning, the aiming, and the score, it was either strike or spare! My goodness! 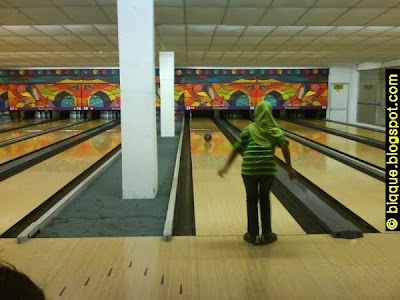 I didn't screen-captured her score but if you guys see mine, well she's better than me! 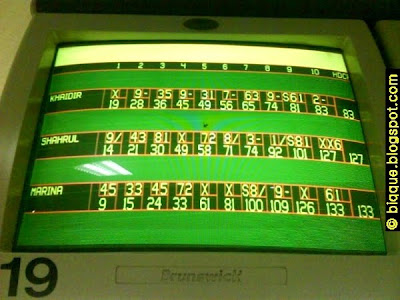 The other place that I always look for, is 'pasar malam' or night market. One of the best that I've known since I was kid, is at Changkat Jering. (You will see this night market every Saturday all night long to Sunday morning, right after Changkat Jering PLUS exit, to the left.) 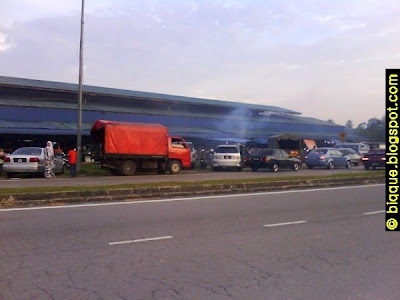 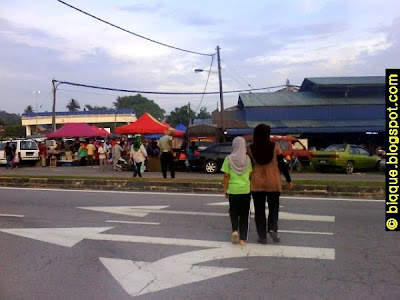 What I like about this place? The food! Old school food! Varieties of 'kuih-muih' and 'kampung' specialties. But I can't get my eyes off this two foods, 'sotong kangkung' and 'laksa'. Yummy!!! Yeah, I know...it is not A rated food place but I've been eating at this place since I don't know KFC, so hell yeah, I don't care of the surrounding. Hehe! 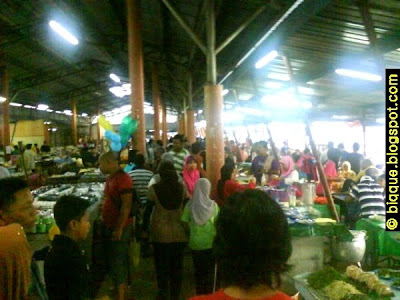 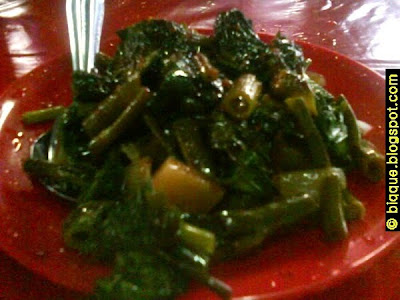 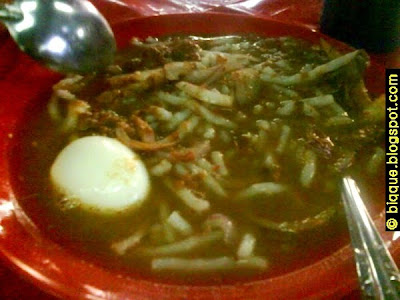 And I found this at one of Hameed Restaurant in Puncak Jalil, KL! 'Telur ikan sembilang!' OMG! Super irresistable! BUT I've excited too soon, it wasn't cooked well...yucks! 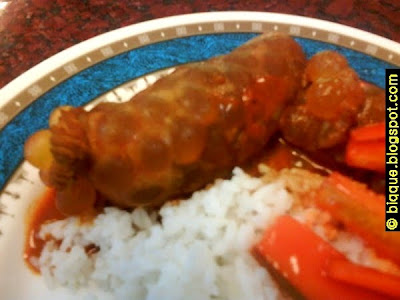 Taiping would have this food in good shape and taste! 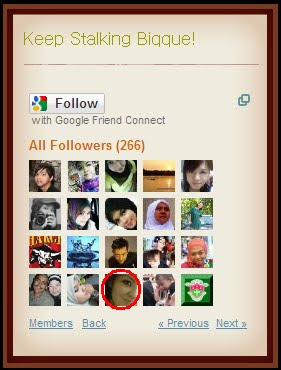 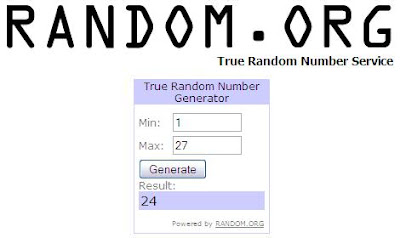 Please email your Full Name, Contact No. and Address to biqque@yahoo.com

Others, please don't stop entering...I know how it feels to not winning though you've tried every month...trust me, you've done good! Wait for May ya?

This is about contest, lucky follower

I got this banner from the famous ben ashaari. To know why and how to, click here.

Unbuttoned by Biqque at 11:23 AM No comments:

This is about contest

Remember when I told you guys that I suffered with diarrhea during my India trip? Well, it lasted for a more than a week in Malaysia. Everyday I vomited and I only ate plain porridge. While staying at home doing nothing, the only place that visited was the loo.

And so I decided to see the specialist and acquired a reference letter from ING panel clinic. The moment I told the doctor that I’ve been to India and got diarrhea, he immediately issued the letter. Not an unusual thing for him to do.

I straight away went to Columbia Asia as that was the closest specialist at my area. Though my colleague told me that the service wasn’t that good, I had no choice coz my plan was, if I had to be admitted, at least, it’s close to my house. 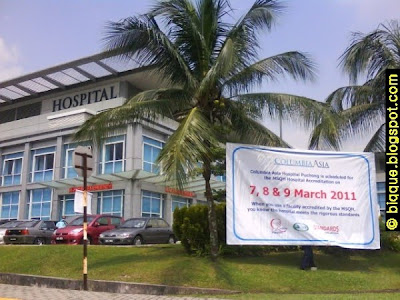 Once I stepped in, I started to amaze with the surrounding. With huge counter and cafeteria with high see-through ceiling, it looks like an expensive 4 star hotel…except for the smell of medicine lah. 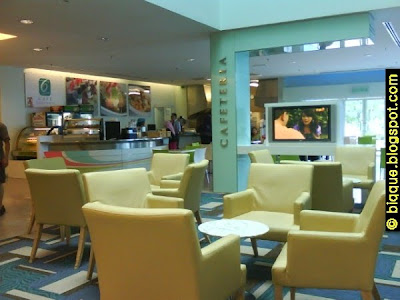 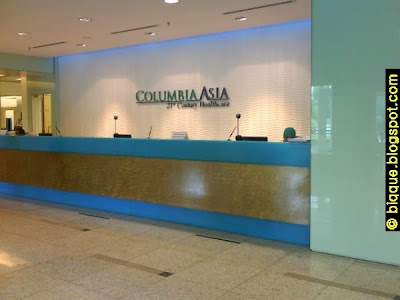 They registered me and gave me a medical identification card complete with photo. The process was quite simple except for the guarantee letter that ING has faxed to them. They have made a silly mistake where the original doctor (Malay lady doctor) that was supposed to examine me suddenly “change” her mind not to take anymore patient. So, Columbia Asia need to get a modified guarantee letter from ING, just because they need to change the doctor’s name on the form, which took about half an hour! Pfffttt! Hello, I’m dying here, does anyone care?

They finally got a new letter and proceed with consultation, where I saw my name on TV, with a Chinese doctor. 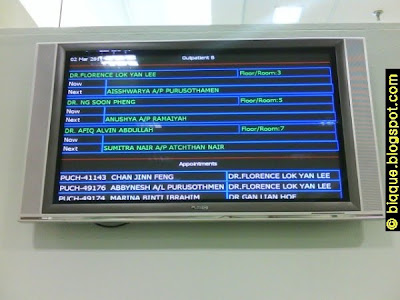 I sat and looked for his name one by one the consultation doors where finally I saw his name as a Gastroenterologist. Great! Someone who specializes in intestine that can immediately confirm on my issue. 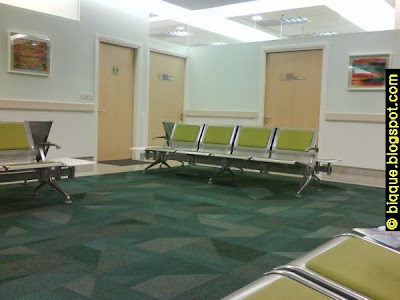 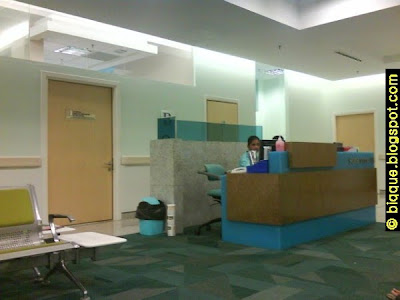 My name was called and I entered the room. There was an early 30s young Chinese guy, not wearing his powerful white coat. He told me the he just finished his lunch and started to ask me what went wrong. I told him I went to India and took the same food and water as everyone else, but I was the only one who got diarrhea. I don’t care what he wants me to do or to take, as long as he can “cure” me.

And guess what? DIARRHEA HAS NO CURE! YOU HAVE TO LIVE WITH IT UNTIL IT GOES AWAY. Isn’t that fun? Meet your new bff, THE LOO.

Yup, he told me that there is no use if I got admitted and take water drip coz it’s just the same as I personally drink more water. (Thank God, I don’t have to be scared of ghost under my bed!) The type of diarrhea that attacked me was a “traveler’s diarrhea” and almost EVERYONE who got back from India will suffer this. He, once, studied in India and ate ALL street foods just to make sure his digestive system “get used” to it. Where else, he got diarrhea when he came back to Malaysia. Haha!

In five minutes, without any stethoscope on my stomach like other doctors did, he smiled and told me that he will give me a very good medicine, not to stop the diarrhea, but it can “heal’ my stomach.

So guys, those green pills that normal doctors give, won’t “cure” your diarrhea ya, it just “stop” it for a while. And never take antibiotics coz that’ll make you vomit! 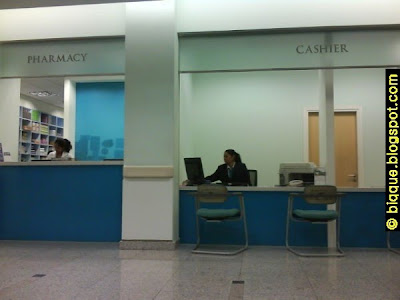 RM200! Crazy huh? To all medic students, NEVER give up. See how much a physician can earn now?

This is about technology
Newer Posts Older Posts Home
Subscribe to: Posts (Atom)