During our free time, hubby and I normally fill it up with visiting interesting places. On one fine weekend, we decided to explore Jugra, one of the many historic places in Selangor. Jugra is located at Banting, a former Royal city back in 1859-1898, that keeps Royal cemetary (Makam Sultan), Jugra Hill (Bukit Jugra), as well as Insitu Museum (Muzium Tentera).

It took us an hour to reach this place via SKVE that connects the whole stretch of South Klang Valley from Ayer Hitam to Saujana Putra, Tanjung Dua Belas, Telok Panglima Garang, Pulau Carey, and Pulau Indah. This route is rarely use, for it just newly open and some parts are still under construction, including RnR. 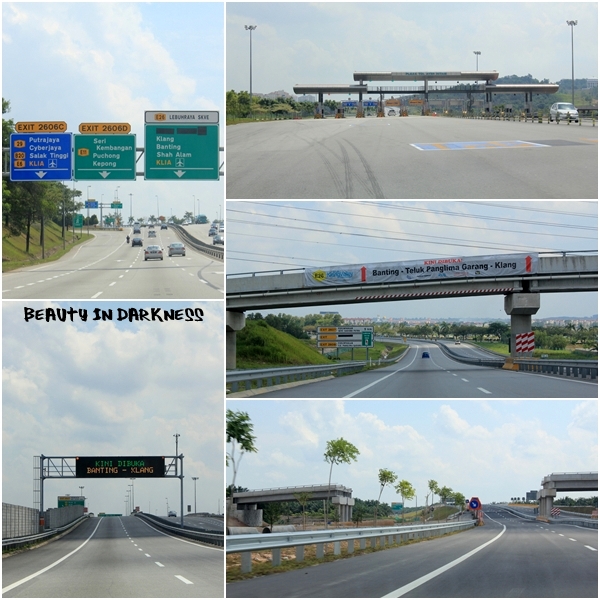 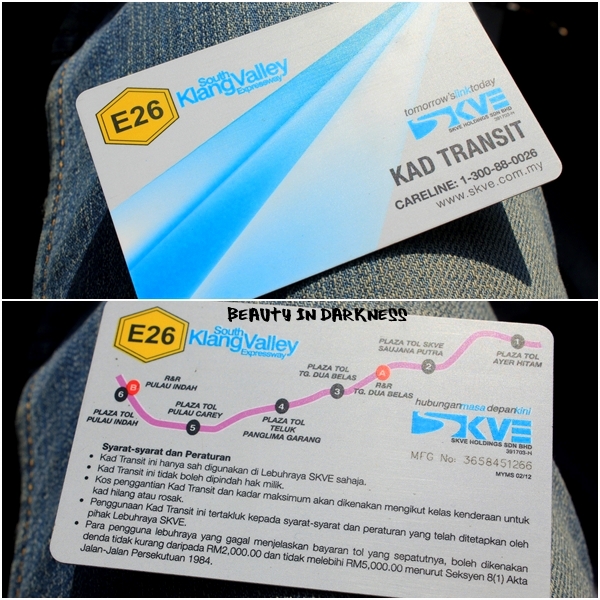 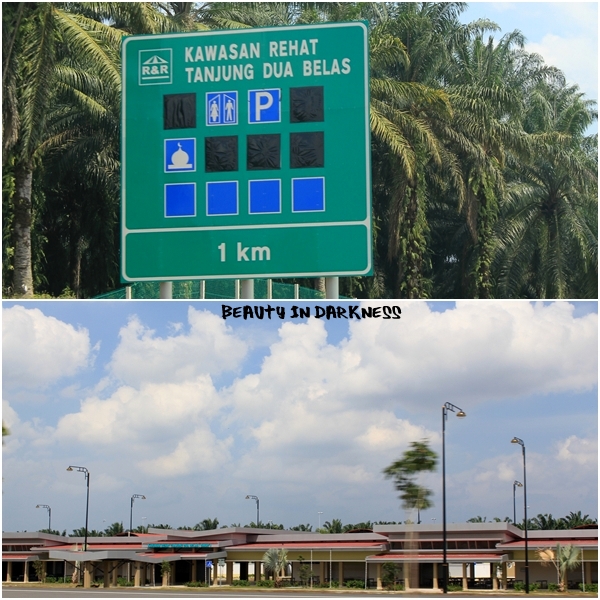 To go to Banting, we took the third exit, Telok Panglima Garang, to access the federal road. This exit still free from any charges since the facility is not yet ready.

Along the way to Banting town, we can’t stop talking about the famous “Asam Jeruk & Kerepek House” that offers variety of pickles and chips. We paid a visit and got ourselves a couple of pickles, to be enjoyed on the way up. 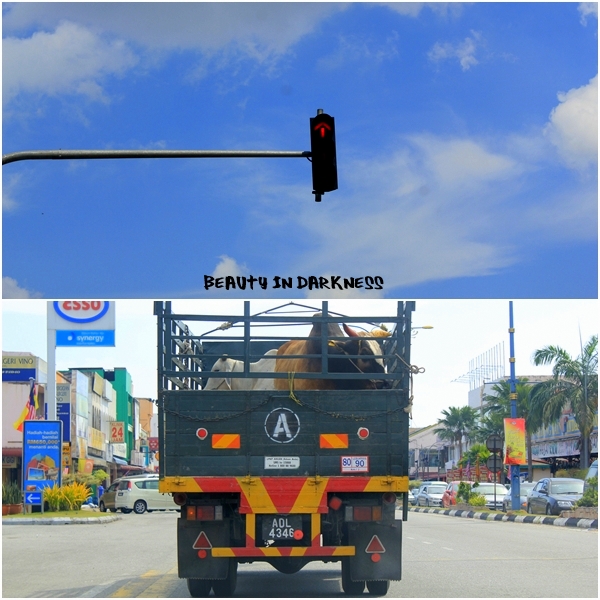 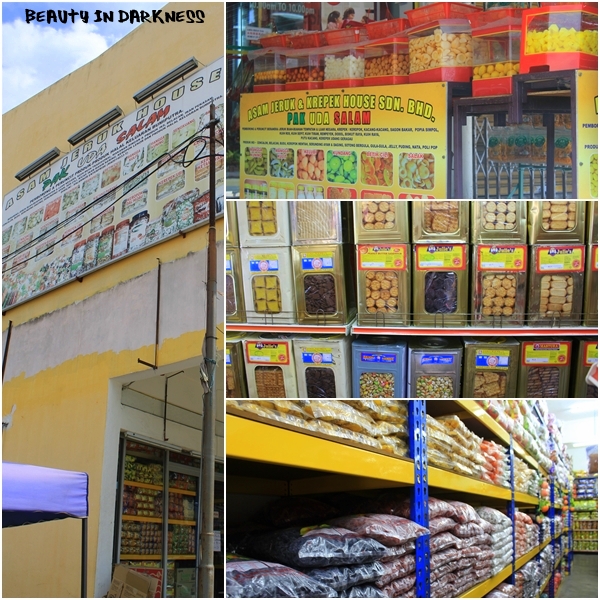 It wasn’t difficult to notice the Kampong Bandar, for the signboard was located exactly at the junction of nowhere. We drove few meters away from the welcome signpost where we saw another road sign of Jalan Istana Lama. 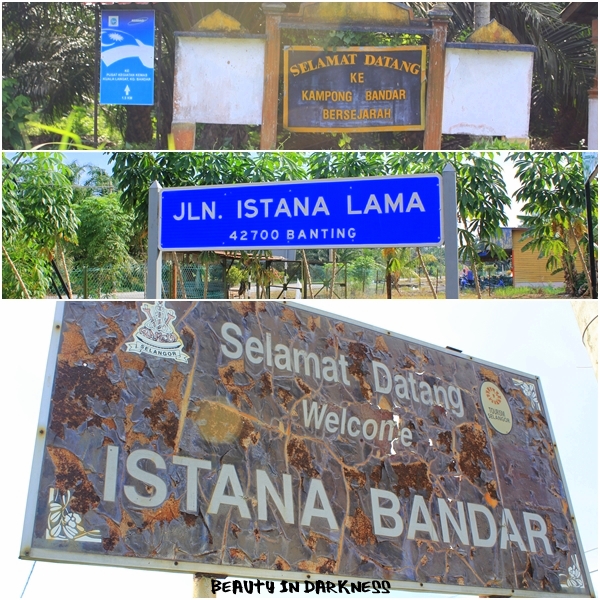 We finally reached the place, Istana Bandar, and we were welcomed by one rusty and horrible signboard. The area looked vacant but well-kept, but not up to other popular historical place's standard.

We parked our car by the road side and walked towards the rusty locked gate. There was an Indo lady on motorbike, calling for her friend, who stayed in the construction site, in front of the castle compound. To add on, she told us that the castle was not open to public. Well, it used to be opened for visitors, but she was uncertain on the exact date when it started to close.

Her friend later came and greeted us with smile. I told her that we came from KL and really really really wanted to visit this amazing castle. Exaggerated. She nodded and told that her husband is the caretaker and she will try to help us to get the access. Beforehand, she will need to get her husband, whom was performing prayer at that moment.

15 minutes later, one middle-aged guy came and approached us. He asked us to follow him to the back gate, and quickly asked us to get inside. He said that he willing to show us around since we came that far, but we had to keep our mouth shut, not to tell others (mati la semua orang dah tau..hahaha!) He said that all these fusses started after the King’s family fought for their rights on this castle. It was finally granted to Jabatan Warisan Negara, with major dissatisfaction to one of the so-called heir, who claimed that she should get this castle. She was the daughter of I-don’t-know-from-which-wives.

We started the exploration by thanking him and sneaked into the first hallway. A bit of history from Internet,

“The fifth Sultan of Selangor, Sultan Alauddin Sulaiman had a dream. He visualized a big palace made of wood and marble, with fifteen rooms to cater for countless royal functions. He would design for his Queen a spacious and beautiful courtyard where she could repose and enjoy her moment of quietude. He would also need a grand balcony from where he would stand behold, while addressing his subjects. In keeping with Malay architecture, the roofs of the palace would be adorned with trimmings of intricate wooden carvings.

In 1905, his dream came to life. Sultan Alauddin remained in residence at Istana Bandar for 35 years. From this palace he governed, received numerous important British and foreign dignitaries, held important official and religious ceremonies, and taught his descendants the strategies of becoming powerful rulers.” 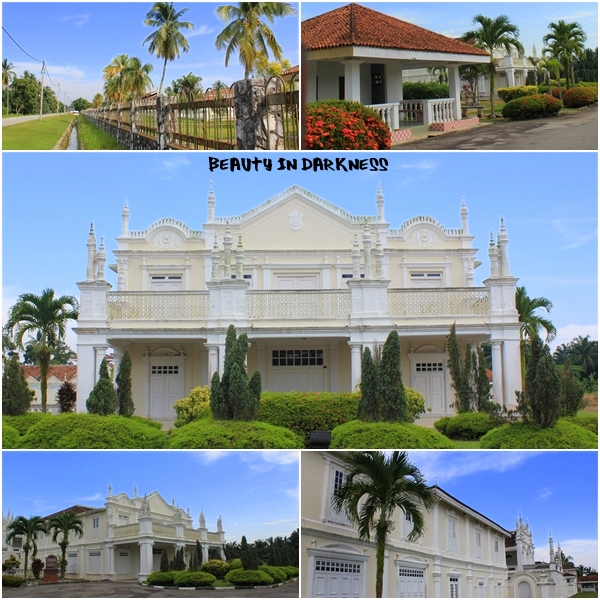 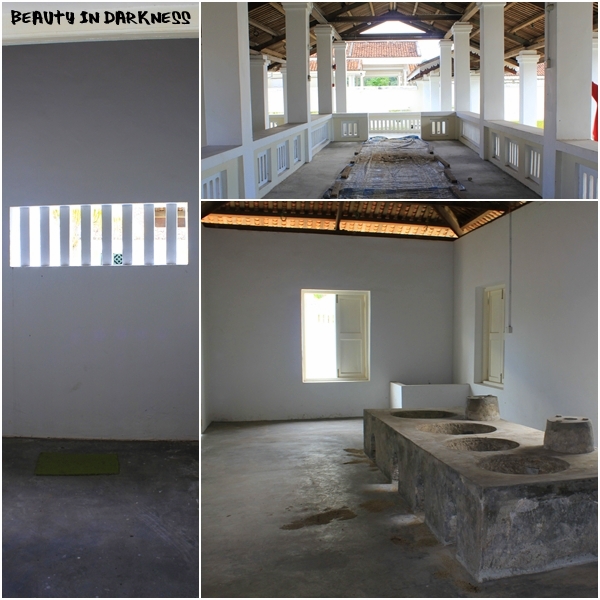 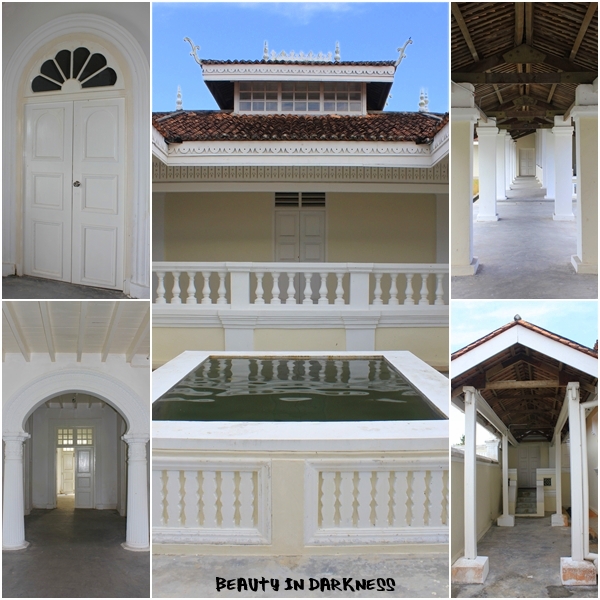 It is said that this castle has 40 rooms, from queen’s room, princess’s room, office, mini mosque, Ulamak’s room, kitchen, Balairong Sri, and many more, including mini jail. There were mini ponds as well, that one of it has couples of Koi fish where no one has never ever put them in. That's what the caretaker claimed.

“Allah the Almighty, I’ve been taking care this castle for many years, I still don’t know where are these fish came from.” 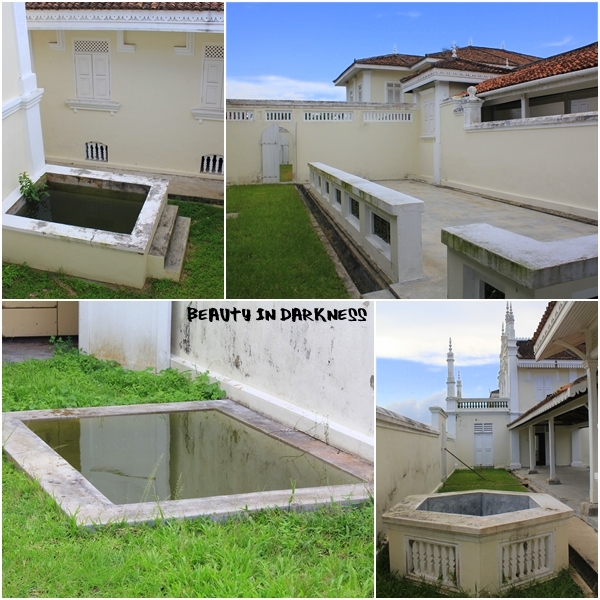 We stunned. The pond looked stagnant. The caretaker told us that the water never dries.

“We should Google about this later, huh?” I whispered to hubby.

Though this place is still under refurbishment, the caretaker was super duper kind to let us entered almost all the rooms, INCLUDING the Balairong Sri, the Ulamak’s room, and the King’s room. Though all rooms were emptied and quite small, the design looked antiques that combined the influence of India, China, and Arab. The details were super fine and interesting that projected traditional Malay castle. 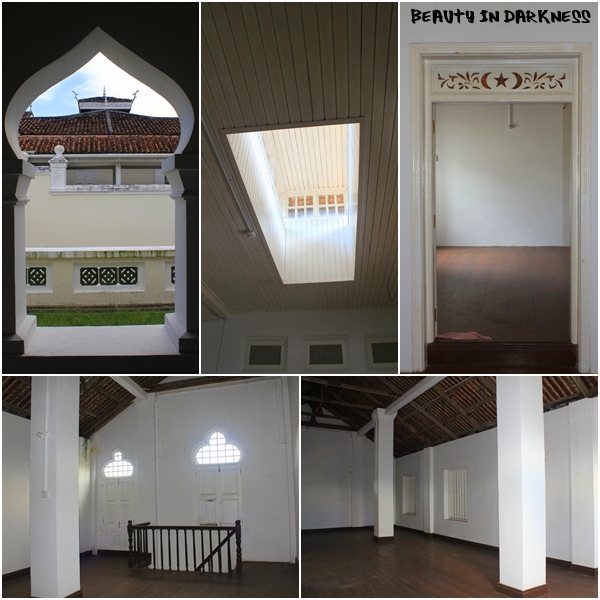 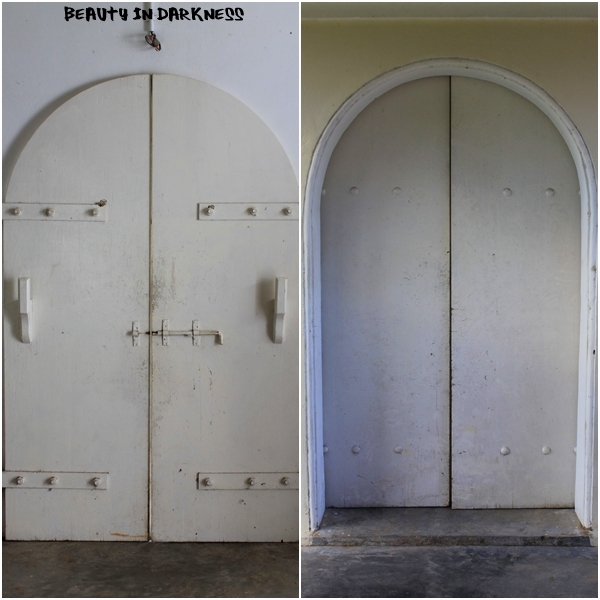 In the Balairong Sri, the caretaker told us that he sleeps there, while his wife sleeps downstairs. Being a good Muslim, reading Quran, pray 5 times a day, has never failed himself to believe on Allah’s “other” creatures. He told that he always heard voices and saw “things” but he already get used to it. This might be due to unforeseen reason, where this castle also kept prisoners, underneath it. 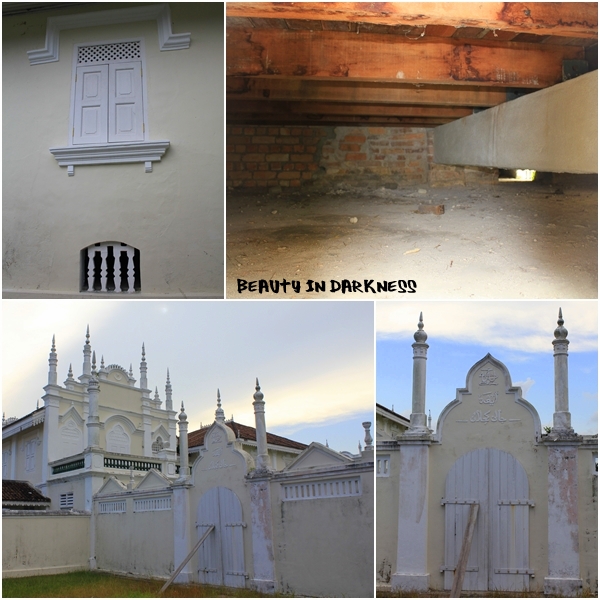 “The prisoner will be kept here, until the judgment day. He then, will pass over the “death door” where he will be hung or beheaded.”

We then walked outside, to the balcony, the King’s private place. Feeling King and Queen, we waved to nobody and giggled. 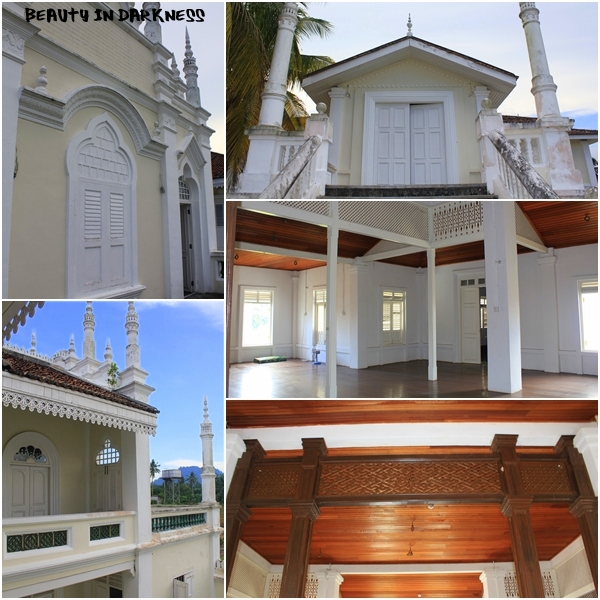 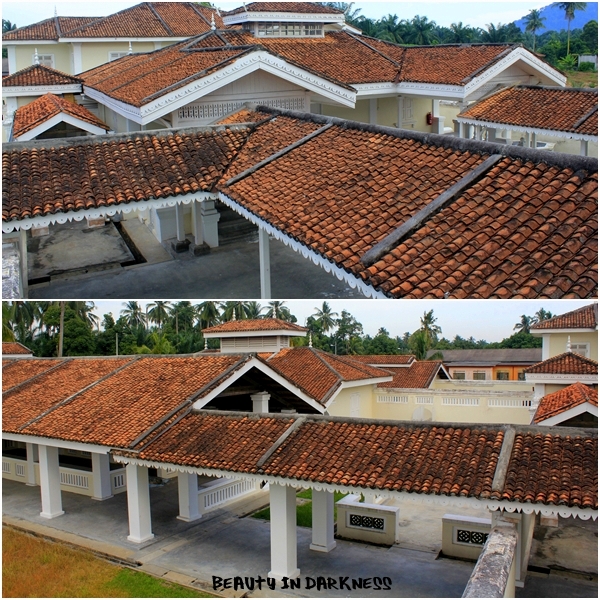 “I think you guys should make a move. The lady that I told you (the heir that claimed this castle should be hers) is here.”

The caretaker quickly hid us at one of the corridors, and checked out the hallway, every 2 minutes. The lady was with two guys, walking towards the castle. When the lady was at the other side of the castle, we quickly ran towards the former King’s kitchen, and walked towards the construction site.

The caretaker told his wife and the gardener, to take us to the Tahfiz School next to the castle, and asked us to go out through the school’s gate. While walking, the gardener told us that this lady is crazy for the treasure and kept on bugging them, though the government has taken over the site. Despite of telling her thousand times to liaise with the Museum people, she insists to come over and over to “visit” her so-called castle. Not only visit the castle, she insists that this room and that room, this hall and that hall, to be decorated in this way and that way. Can you guys imagine that? Pity her.

Who knows that we NEED to walk, pass by the lady!

While passing her, hubby and I quickly looked at the Tahfiz building and started to create stories. I overheard the lady said that we intruded HER castle, but she didn’t look at us when she said that. Knowing the truth, we laughed and walked as fast as we can. Kang kena pukul kang hahaha!

We had to walk in one big circle before we finally came back to where we parked our car. From the car, we saw the lady shouted at the caretaker, for allowing us to come in. The caretaker just looked at her and said nothing. I guess, that’s the right thing to do, coz no point barking to someone like this.

“Jugra Hill…and few other places to stop by…”

Back to the mysterious pond with Kois.

Finding: One website told that the stagnant pond with out-of-no-where-fish was actually connected with the sea, near the castle. It was an indicator, to show the high and low tide. If the water decreases, it shows low tide, and vice-versa.

Question: If it's connected, I'm pretty sure it should become a blowhole with splashing water. But the water is stagnant. Hmm. And is Koi fish from sea? No. So, only God knows where the fish came from.

Unbuttoned by Biqque at 2:12 AM

Assalamualaikum. My fiancée and I are very interested in your article. If u don't mind, we have a few questions that we hope you will be able to assist us. Can we e-mail you those questions?

hi anon, ya sure...drop me ur questions at [biqque @ yahoo.com]