In decorating the main hall, hubby was keen to get a new side table, to replace the existing coffee table that might not blend in with our new sofa. And so I suggested to him that we should go to Ikea and check for said item. One minute he was pushing me on the wheelchair, and another minute I was left in the middle of the aisle. Pfft! Well, he was too amaze with this one treasure box rather than looking after his unwell wife! Haha!

He quickly lifted down this solid squarish treasure box (I must say it looks like a laundry box) and started to explain in details, in order to luring me to agree with his choice.

"RM150 for a side table and you want two units?" I almost had my eyeballs out.

"Yes...and we can put in lamp into it! But first we need to shellack it lah."

We then went to the lamp section and managed to get two super cheap table lamp for the side tables. We also purchased two units of high chair for kitchen island, and two units of Ribba frames for our "Wall of Frame". But I was really frustrated when Hyllis aluminum rack was out of stock!

We got almost all items on the things-to-buy list and went back home, where hubby started to assemble one of the side table, and demonstrated it to me. I found it quite cute and classic, especially when the light was on.

Few days after, hubby started his painting job and kudos to him (though he completed them in two weekends), for the painting job was done perfectly! (Boleh la...hahaha!) It took both of us to assemble this item, and it used allen key (not included in the box). 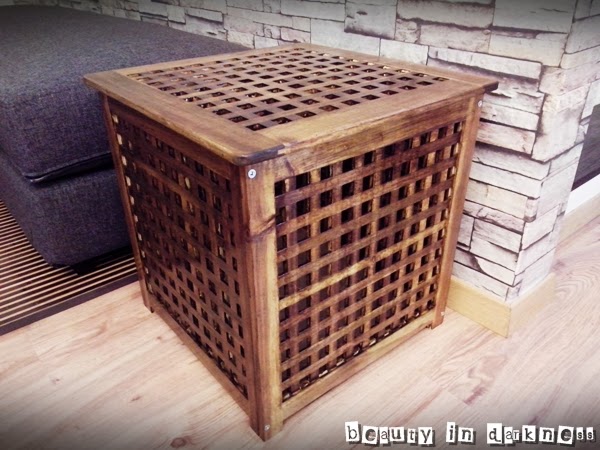 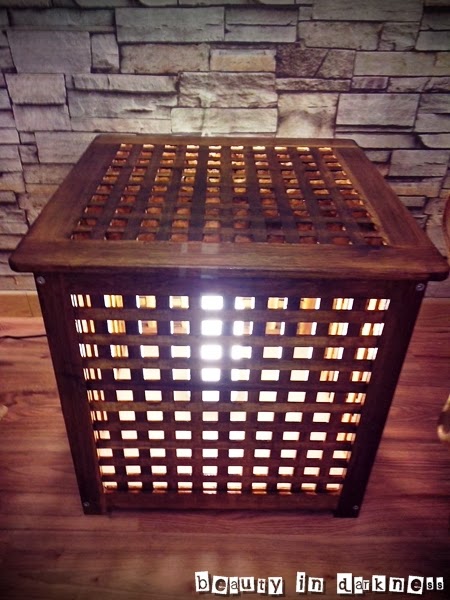 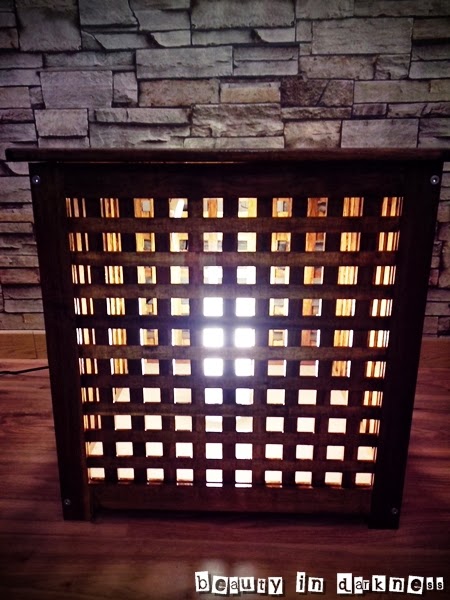 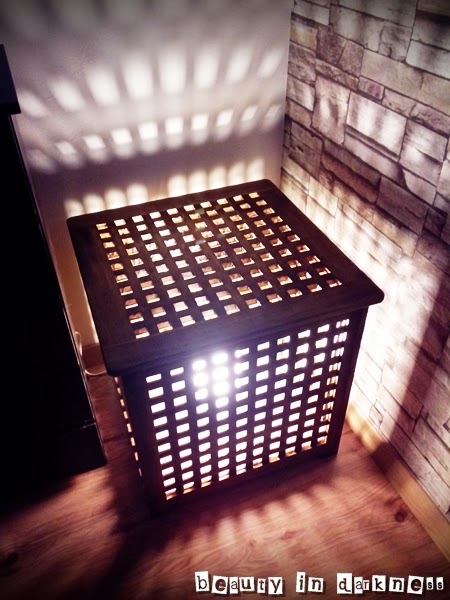 He placed it in between of the wing chairs, as well as next to the new 5' bench, which I will blog about it later.

Unbuttoned by Biqque at 4:12 PM

This is about house