We didn’t really talk along the way to Sydney. Felt so frustrated with what had happened. We revised the itinerary and opted for Bondi Beach. Finding a way to Bondi wasn’t that difficult, for we just had to follow the signboards from city center, straight to the intended location. The scenery was tremendously metropolitan compared to the mountain side. Recreational boats, nice houses, skyscrapers, shopping centers, pack traffics, I even saw a shop called Petaling Street! Hahaha! 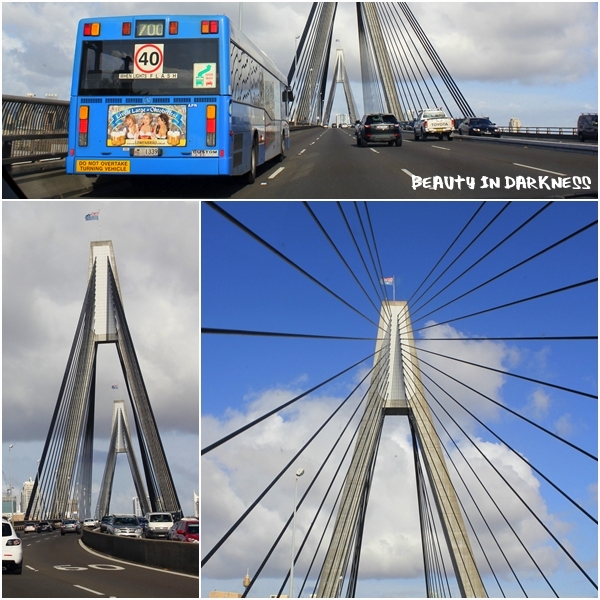 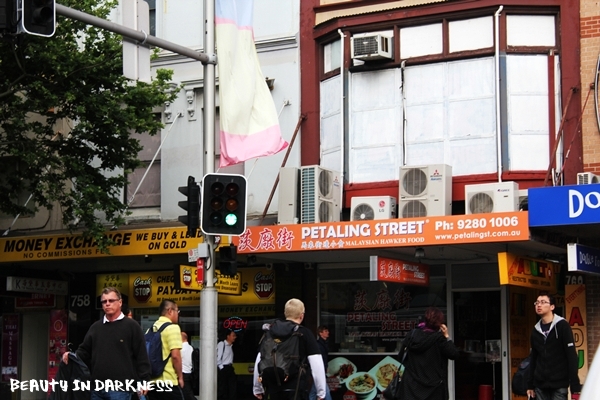 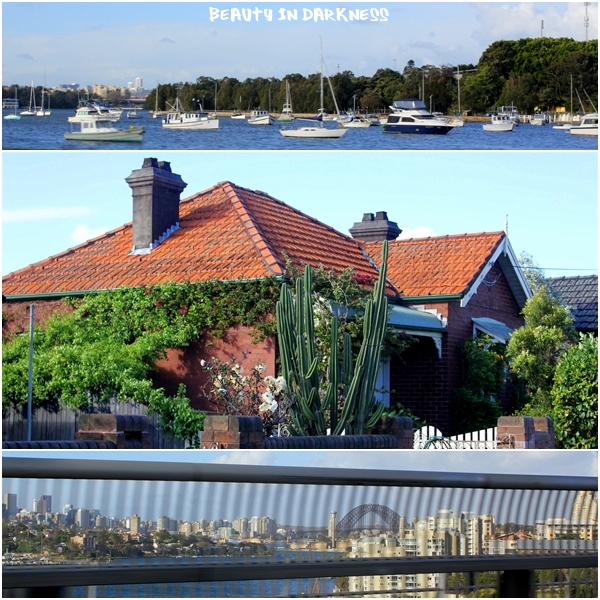 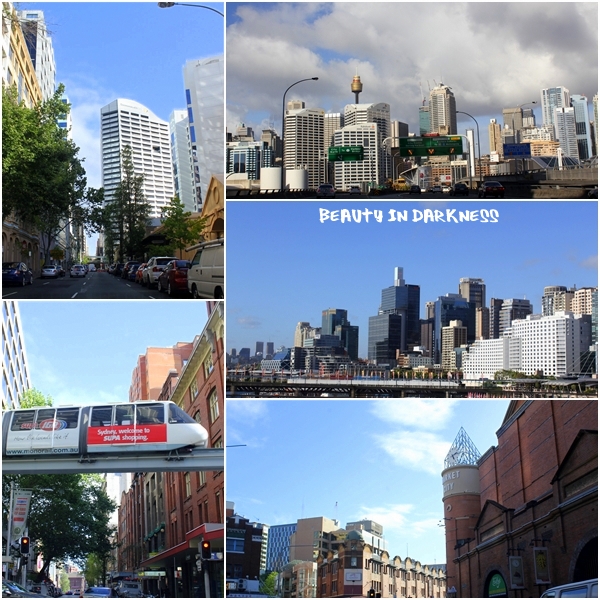 Few minutes later, we reached at Bondi Beach, one of the popular beaches in Sydney.

Note : Bondi Beach is a must beach to visit. One of the backpackers heaven.

We parked our car by the roadside and walked to the pedestrian walk. GUESS WHAT??? The wind almost blew us off! My hijab almost flew away! The wind was that strong, that I had to grab the ring while walking! Menderu-deru bunyi angin! Hubby quickly did his job and we had to go back to the car, coz it was SOOOOOOOO f**king FREEZING! 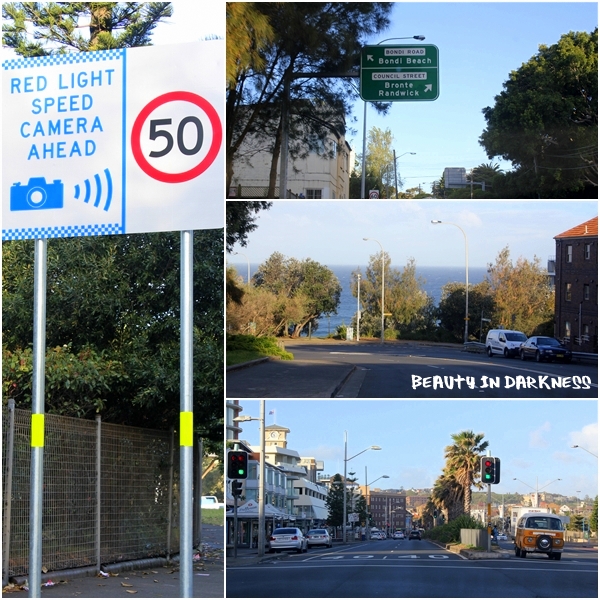 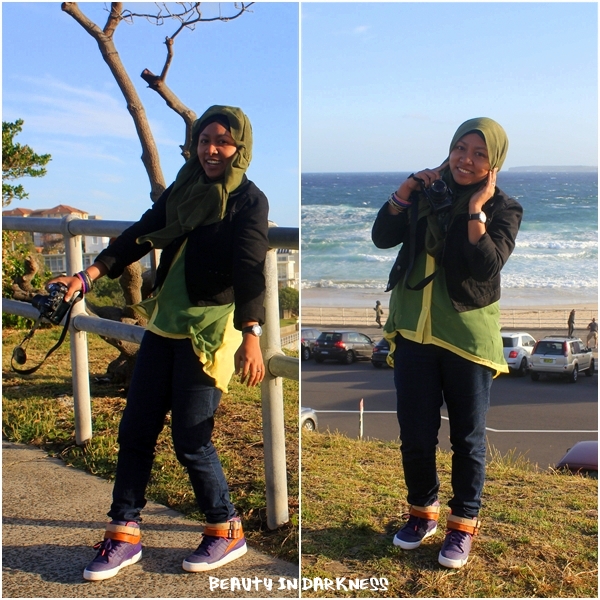 This one kilo long beach is famous among visitors who surf and backpacking. But when we were there, it didn’t project the exact scene like what people had told us. No one was sun-bathing at all! The beach was vacant! 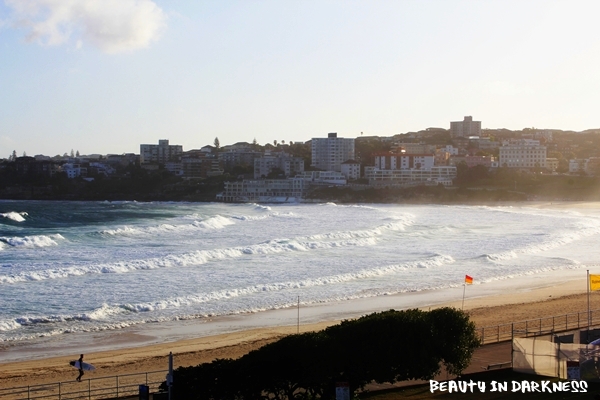 “Eh I thought, we can see topless girls and hot hunks?” I questioned.

Note : Knowing the right time to visit Bondi Beach is an extra bonus. Else, just enjoy.


“I smell something fishy la. It must be due to the bad weather. We need to watch news tonight.” Hubby made a statement. 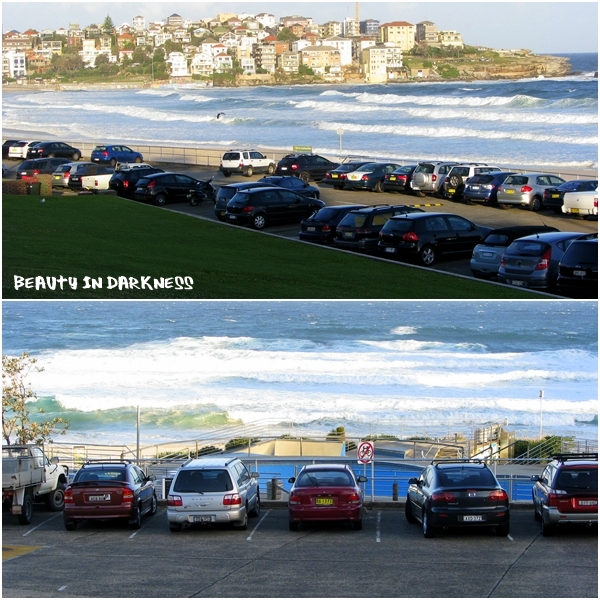 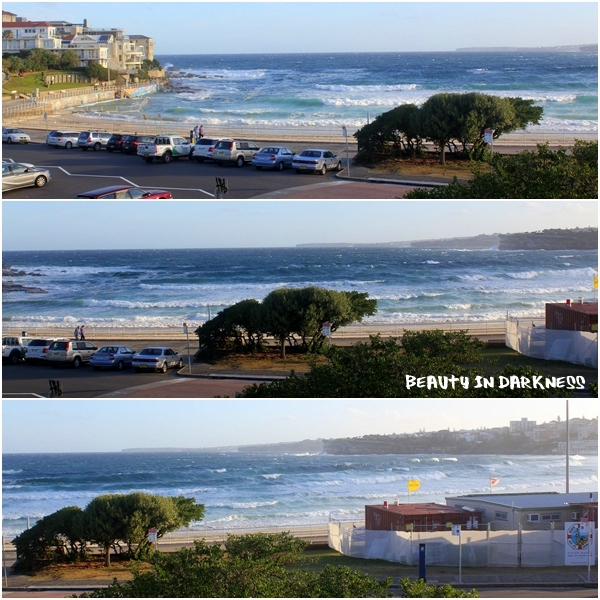 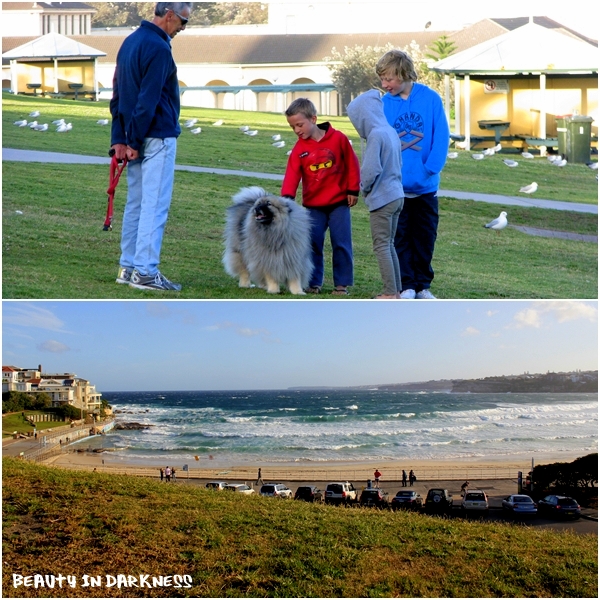 We then drove to Malaysian Hall of Sydney, to try our luck in getting us a place for that night. Too bad, we can only get a separate room (male and female room), since family room was fully occupied. Knowing hubby, he DEFINITELY wanted his own room...with his soulmate wife. Wah gitu! Though it was cheap, hubby decided to look for a cheap hotel. The student who worked in the Malaysian Hall told us that we can try to go further up, and look for few lodges.

“I don’t really know how the price looks like, but the range would be AUD90-AUD120.” Gulp!

And the room at Malaysian Hall was ONLY AUD12. Pfft!

Note : Walk-in to Malaysian Hall of Sydney is not advisable. It is base on first come first serve basis. You MUST book in advance to secure your stay.

“Btw, what happen to Katoomba? We saw some snow.” I asked the girl.“Yeah, breaking news. Heavy snow and no one expected this. Even the locals didn’t. In fact, all of us have folded and kept all our winter attires in the store. Seems like we have to take it out and pakai balik la.”

Note : Though you have the nicest itinerary on earth, when it comes to weather, you have no control on it. Don't blame the weather. Allah is great.

It was almost 8PM and we still didn’t have a place to stay. We slowly drove up and looked for those mentioned lodges, where we finally found one, Randwick Lodge. The pinkish lodge looked like an old colonial building, gloomy and dim. I stayed in the car while hubby went inside to check it out.

Later, hubby came and told me that he had negotiated with one young lady (hamboih) and he managed to get a cheap room. Initially, the lady offered him AUD120, but hubby parleyed to AUD100. The lady later came up with another offer, a smaller room with the price that hubby wanted.

Note : There is always pro and con if you do walk-in. No harm to negotiate on the room price to save your pocket.

With happy face, hubby and I then dragged our trolley bags to the side of the hotel. Then my face turned blank. “Eh, why must we use this way?” I questioned.

There were leftovers outside the door. French fries. I kicked them far away, and we opened the door. The room was dark. We looked for the light switch, black old school switch, sebijik macam rumah kat kampung. We turned it on and looked around.

Getting inside the room, WE HAD TO WALKDOWN THREE MORE STEPS. The bed looked clean. There was a closet, side tables, a TV. Then there was another path on the left, THREE MORE STEPS heading up to the pantry and the bathroom.

“WHOAAA…WHAT TYPE OF ROOM IS THIS??”

“Must be the maid’s room…or maybe, a mistress room.” That FREAKED me out! Basement room DO tells tales.

“OMG! Ada water pipe kat situ! Siap ada alang lagi kat siling!” I pointed to the water pipe next to the door and ceiling beam above my head, while resting on the bed. But ok la, at least the room was clean. 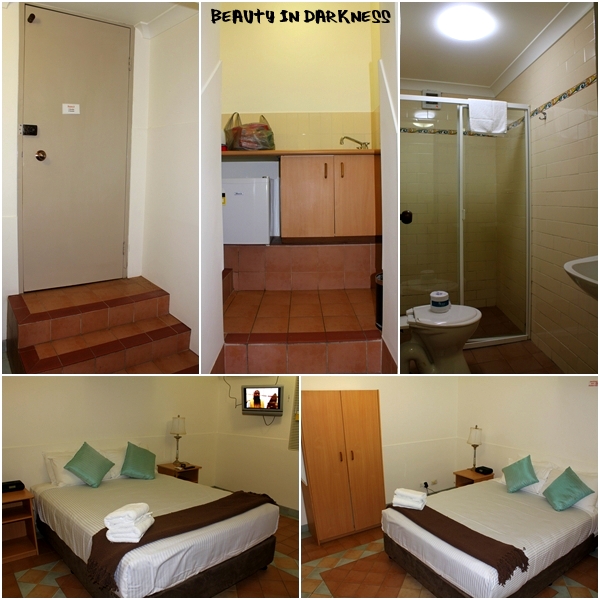 "Huih...sejuk...masuk kot mana angin nih?" I complaint for the chillness. Not for long, we managed to find the source...it was from beneath the door! I quickly asked hubby to cover it up with towel, afraid of peeping tom, or unwanted animals.

We then took a shower and prepared our dinner. Earlier, I bought salmon makizushi, creamy potato salad and beef stroganoff (instant beef in soy sauce), while hubby bought himself 3 packs of sardines, bread, and hot and spicy tortilla triangles. biliknya nampak cozy..tapi tang sebut rege bilik...errr....
(ok..i love my fren whom let me have his daughter's room back in melben)....

whoa~~ look at the waves!! it's totally insane but cool!