“Yup. The competition venue is at Space U8…” said Kak Ngah.

“Where on earth is Space U8? And why play bowling at Space U8? I thought Sunway Pyramid is the best venue for bowling?” I confused.

“Weh, that one is for Masters Competition. This one is Shalin’s Cup, and Shalin’s is at Space U8. Duhhh…”

Right after we came back from Singapore, my niece and nephew had a bowling competition. Kak Ngah is a school teacher and she actively joins internal and external co-curriculums. She has also equipped herself with bowling ethics, tricks and tips, just to coach her kids. Her kids started to bowl since Standard 5 and honestly, that was actually a bit behind of being a starter, in becoming international bowlers. 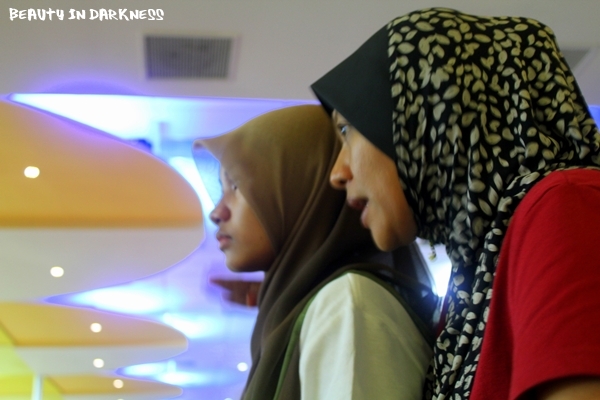 But who cares. Better late than never. “Heil Kak Ngah!” as in Heil Fuhrer, again.

Two weeks before, my sister enrolled her children in Shalin’s Cup (a collaboration between Shalin and Milo), just to give them some exposure and capture several experience, playing out of their comfort zone (they are currently playing under 12 and 15, and heading for state now). 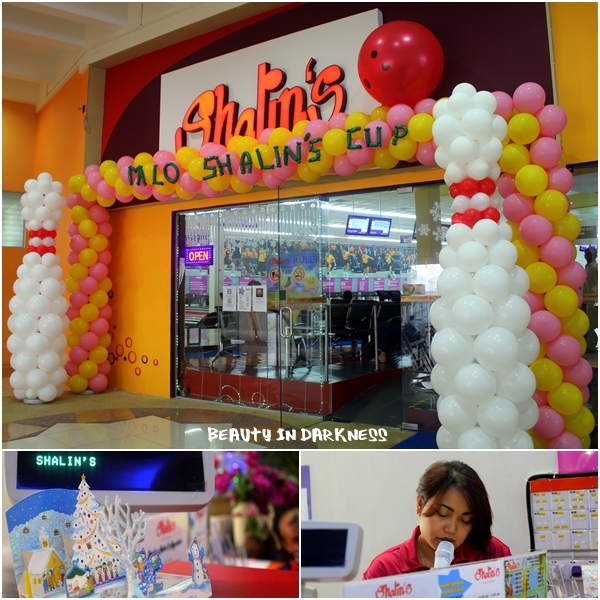 They’ve been practicing for a week before we went to Singapore and I guess, that should be enough. Not? Well, they had to. I purposely took a day off to accompany my sister, and to cheer for my niece and nephew. Plus, I loveeeee laksa, in Shalin's. Sedap! Nephew played in the morning session, while niece played in the afternoon session. Meaning, I was there for the whole tiring day. “Love me or I’ll spank you, Athirah and Adieb!” And I got spanked by them back. Pfft! 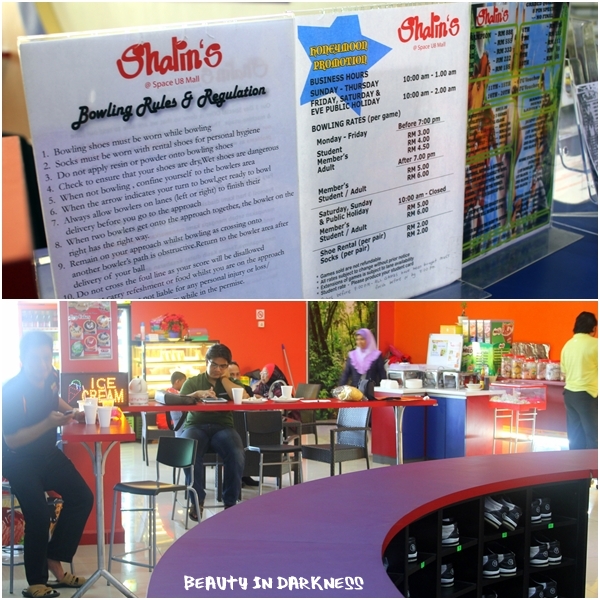 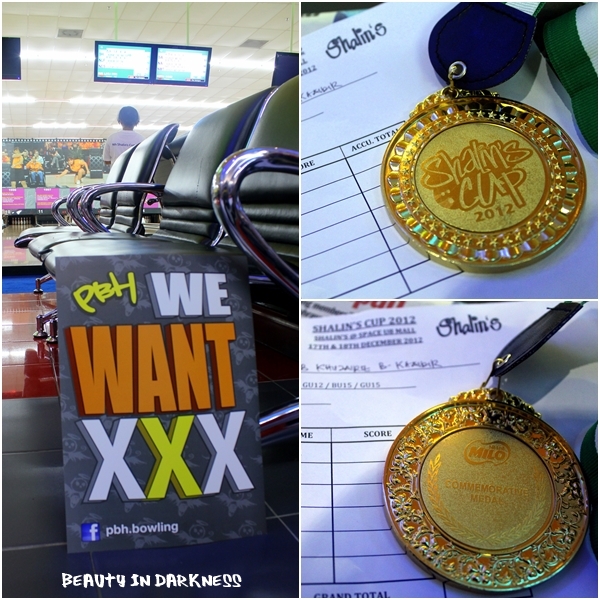 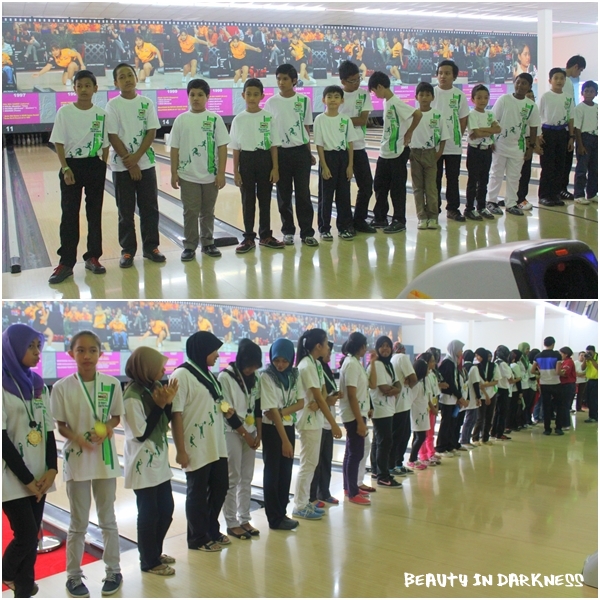 Adieb is shy but a sweet talker to his auntie *pointing at myself*. Well, I always fall for his trick, to get things for him (but he is clumsy!). He’s handsome (must have gotten it from his dad) and I remember him as a stylish and trendy kid. He chose his own shirt at the age of 5 and dressed himself, cutely! And now, he’s a big boy, though he’s in Islamic fast track, when he back home, he still keep-up with spiky hairstyle, with a full palm of hair gel and mousse! Hahaha!

So he played the game, for Boys Under 12. Along with 3 other kids, one of them was super duper confident and poyo to the max! He was only Standard 5! Hahaha! Kids…but he’s good you know, I had to admit. He was very consistent! Strike, else spare. How he did it? With a lil bit of attitude! That was what my nephew didn’t have. He’s too reserve and shaky. He always feels under-confident of himself and it was quite difficult coz he's lefthanded. Not until that poyo kid had gone wild when he didn’t get the strike, once or twice. Then I saw evil cheeky smile on my nephew’s face. 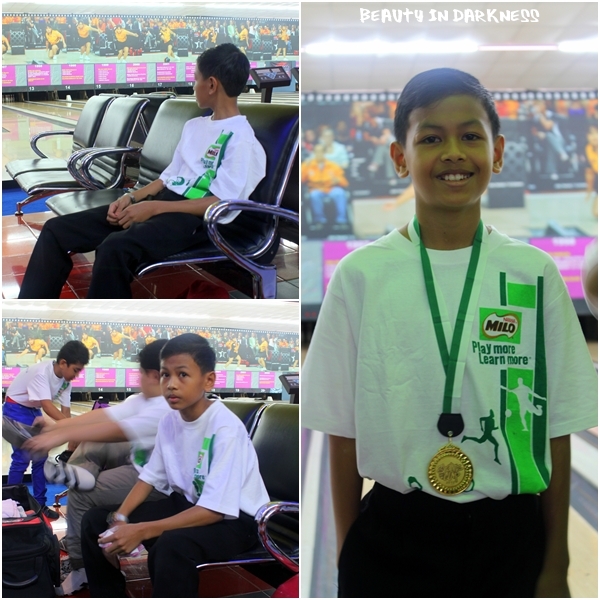 Nephew scored 742 with 140 average (not at his best, usually 170-180) and finished no. 40 out of 80+ contestants. Pity him, to compete with KL kids who came with groups of noted clubs and coaches. Heavy bowling balls and big sized body. But again, bowling is all about you. You fight with yourself. Isn’t it? 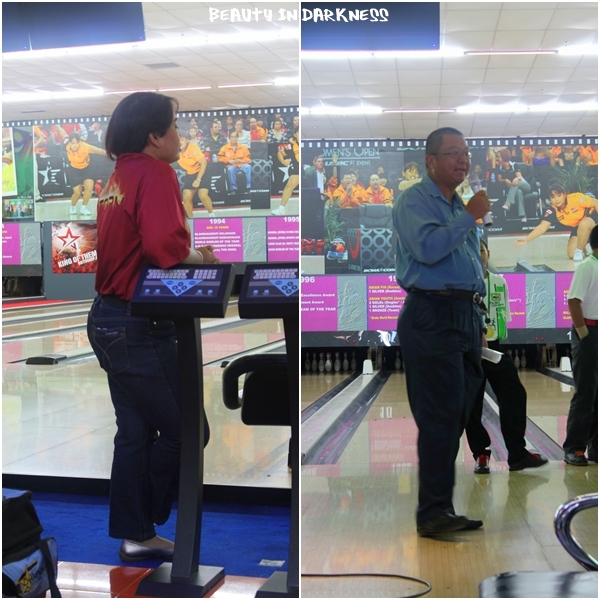 Then niece started to tremble. Hahaha! No, not because of this guy. *lariiiiii* 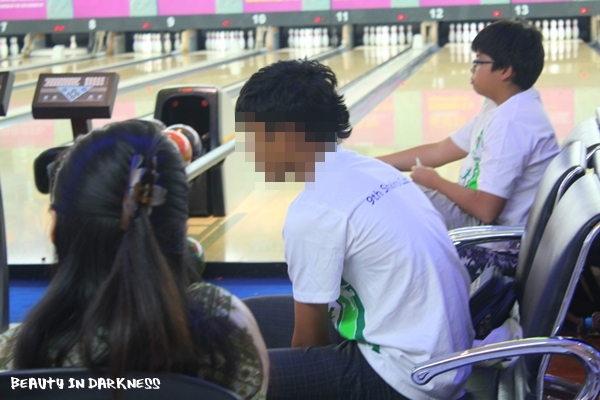 Back to her. Athirah is my mini me. Enuff said. I’d give her the sun and the moon, if she asks for it. Wait! I am not practicing favoritism (do I?), but there just her in me, and I stand on few solid reasons. She was born to replace my mom’s lost. She was born on the same date as mine, with 20 years gap. And I hold her most (during baby days) compared to other nieces and nephews. So, be it.

She adores me. That was what Kak Ngah always says. I used to be self-conscious, as I was (still) role-modeling her. Luckily, she took only the good thing out of me. Else, mati la kena cerca dengan kakak sendiri. Hahaha! She’s a smart kid. She scores A in all subjects. She plays guitar and she bowls. And she’s petite! Recently, my sis moved her to a better cluster school, just to get my niece a better bowling coach, for free! What a smart mother.

So she played the game, for Girls Under 15. Along with her new schoolmates who screamed whenever they bowled, to the far right of the lanes. Terkejut makcik! And my niece told me that girl is famous for her screams. Scream? Kalau tepuk pengakap tu takpe la jugak. Hahaha! Well, that’s how she gains her confident, good for her. Maybe that’s how she frighten-off her opponents, rite? And I saw my niece’s face. There goes, another under-confident look, sat on the bench, silently. 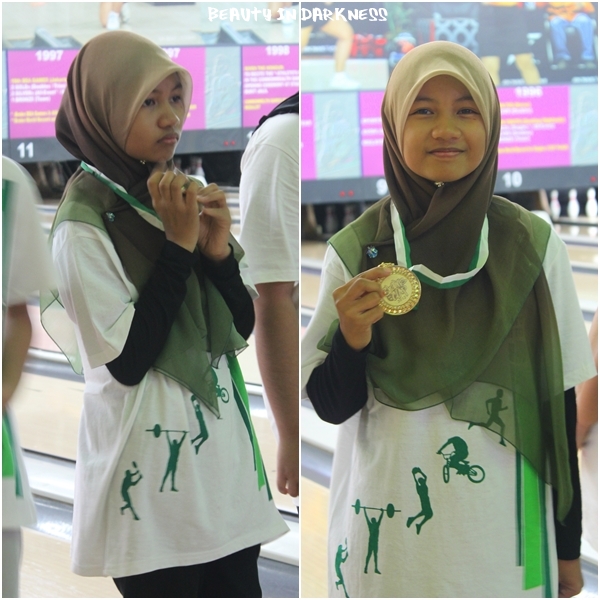 Well, she didn’t put her best, I guess. Niece scored 803 with average of 150 (usually she got 180-200 if I'm not mistaken). She finished 29 out of 45 contestants. Most of the girls are bigger than her (in fact bigger than me) and some kids are playing for states, so it was really a great exposure for her. Nonetheless.

I would love to blame the Singapore Trip that we had earlier that weekend, for their so-so performance. They had to walk under the hot sun, and waited for a cab at midnight. They were complaining about no taps in toilet, and drinks were expensive. Well sayang, that’s how Acu travels. And I know that you haven’t had enough, right? See you in Padang!

I leave you guys, with a mom-and-kid conversation.

“Mak, I want to join the school trip to Singapore.”

“It’s okay, the school will pay for it.”

“Yeah right, with weekly collection of some amount, for the whole year, isn’t it?”

“Actually, Mak has arranged something with Acu. We go to Padang.”

Turkey Strike! And now she screamed like Shalin. Hahaha! So, where to, is not the point, GETTING INTO THE FLIGHT IS!

This is about family, general, sports

btw aku sgt suke quote 'where to, is not the point, GETTING INTO THE FLIGHT IS!'