It was the day where we'll be leaving Da Nang, the most (fill in the blanks) journey that we ever had. We woke up and made a simple breakfast, Vietnam very own instant noodles, Mi Chay and Pho Chay (obviously halal, as per stated on the packets). Shockingly, it was delicious! Rugi tak beli lebih! 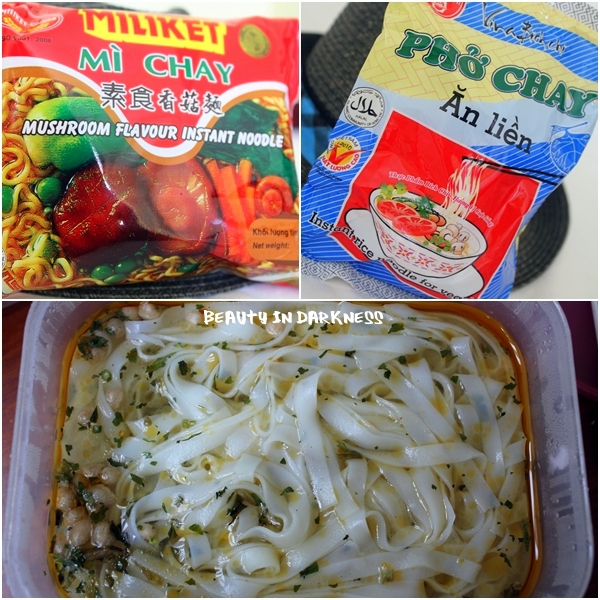 Since our flight scheduled at 4.30pm, we still have time to go back to the city. Pak Ein’s wife decided to get some souvenirs for her daughters, so did I. 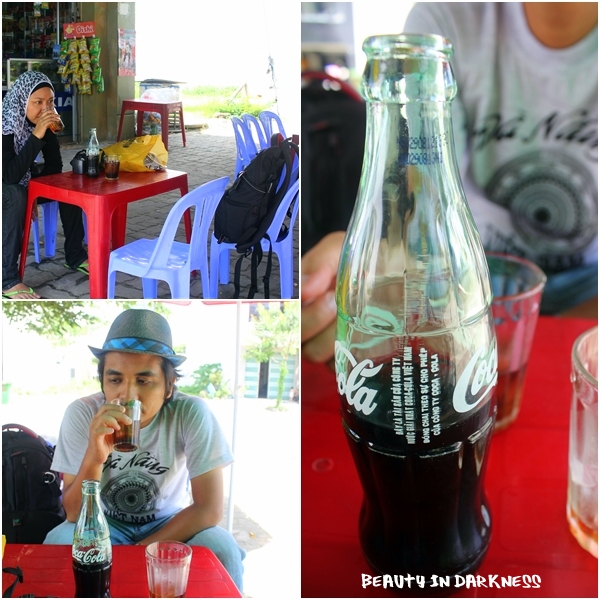 After sipping coke at the opposite shop, we rode to the city, heading to Han Market, for the second time. 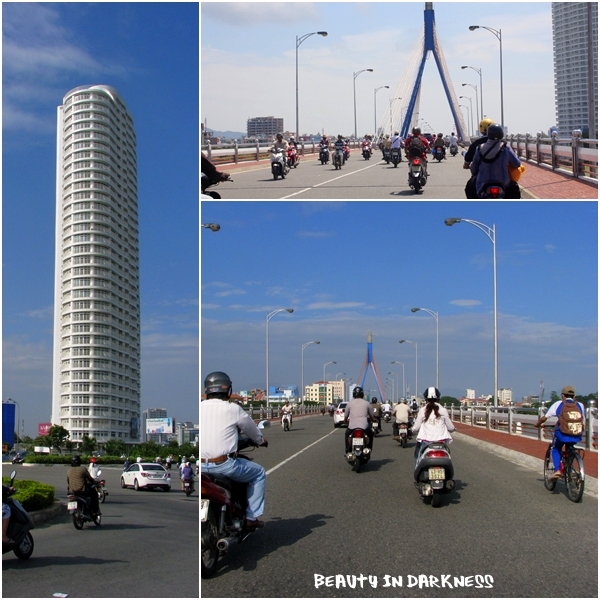 Guess what? THERE WASN’T ANY FRIDGE MAGNET WITH DA NANG WORD ON IT! PFFTTT!

So I settled with the most “common” Vietnam fridge magnet, the 3 ladies from South, Central, and North Vietnam. Jadi la…dari takde kan…hope they like it.

“We still have two spots to visit, to wrap up the trip.” Hubby told me.

I opened the Tour Cookbook and looked for itinerary sections, where we had to visit two holy buildings, each has its very own believers. The Da Nang Cathedral and Da Nang Cao Dai Temple.

Having experience visiting Cao Dai Temple back in Ho Chi Minh has led us to the second temple in Da Nang, but what they have in Da Nang was clearly unable to shadow the temple in Ho Chi Minh. The building was smaller and simpler. Besides, there weren’t any colorful prayers, not the right time to pray perhaps. 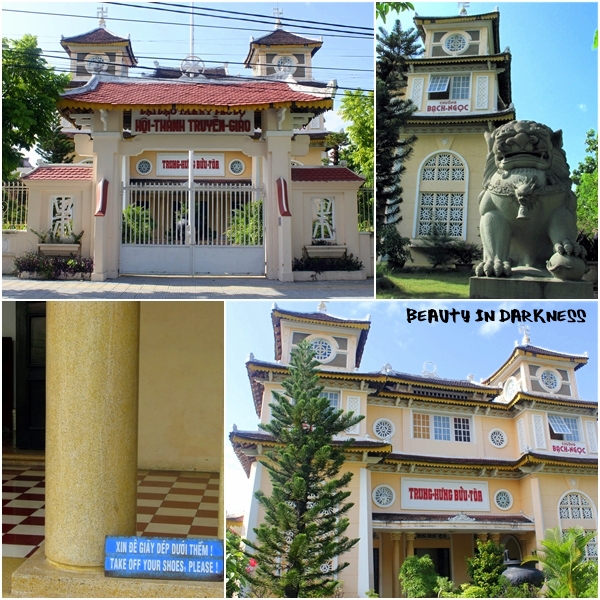 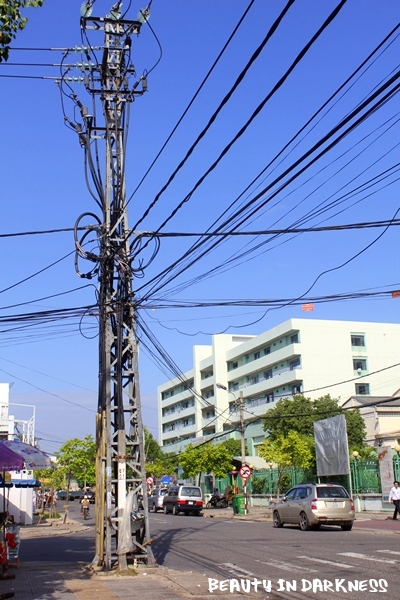 Unable to peek inside the temple (well, no fee required), we moved to another location, the Da Nang Cathedral. The gothic structure and design was the reason why we wanted to visit this church. Anyhow, the gate was closed! Takkan nak pepandai bukak kan? (One should climb the tall tower to view the city.)

The edifice is painted pale pink, goes well with colorful stained-glass windows and bell tower, topped with a rooster weathercock. That is why it was called, the Rooster Church. 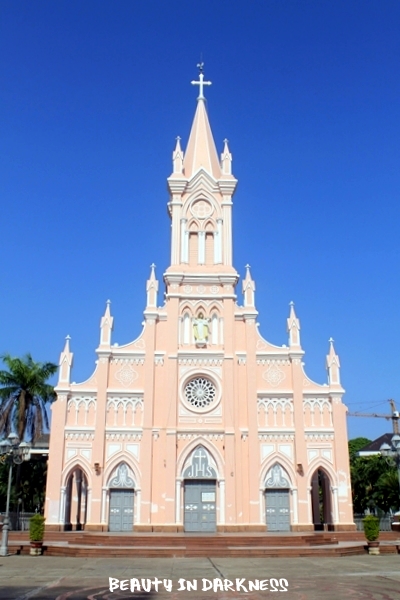 “THE SKY IS BLUE! WHYYYYY? WHYYYYYYYY? On the very last day?” 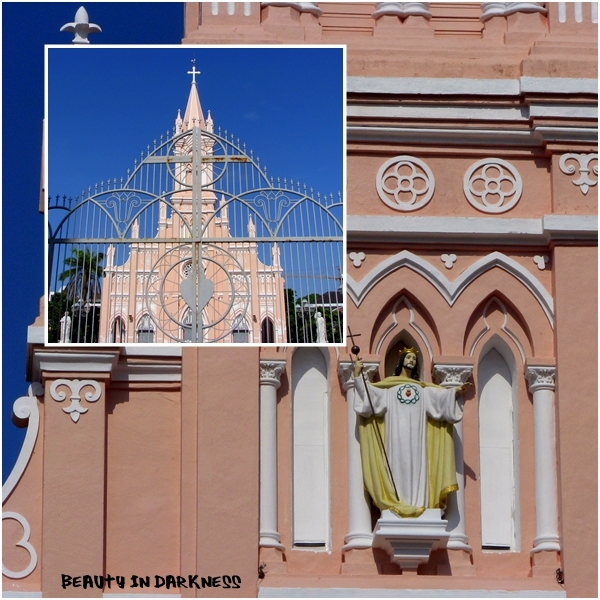 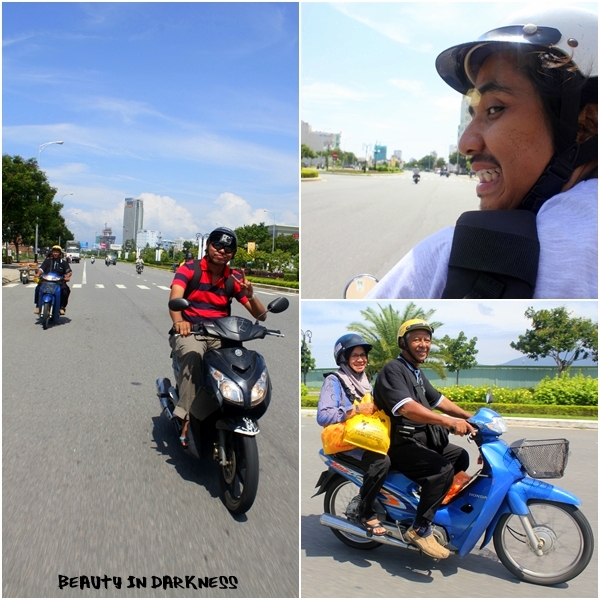 We rode back to the hotel and took our things, called a cab, and headed to the Da Nang International Airport. Once we reached the airport, Pak Ein quickly took one trolley and put all of his things (bags full with conical hats and t-shirts and key-chains and what not). He and his wife then, told me that they were happy and thanked hubby and I, for bringing them to Da Nang. 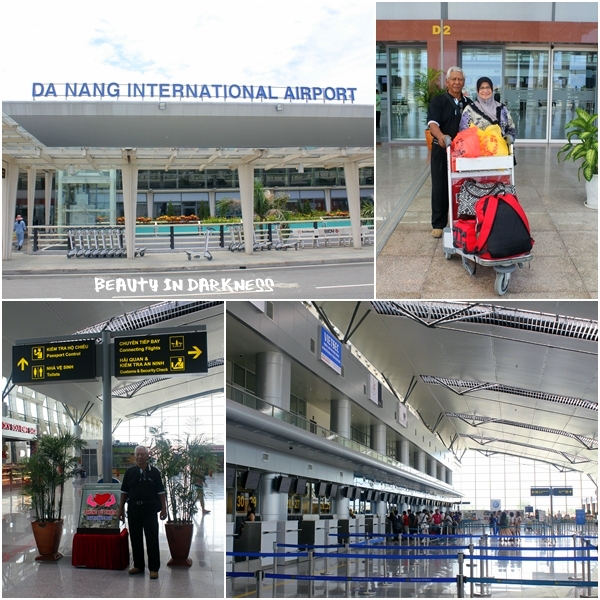 “Err…takpe, we will be on the same flight. I’m not going to stay here.”

“So, when is the next trip? Abah and Makcik ON JER!”

so abis dah danang? shud go or not?

hehehe....
your dad remind me of my mom
pantang ajak...ON aje katanya

i believe both of your parents had wonderful holidays there
can see the face maaaa....
got the 'nur' effect
heheh

amboi pak ein, pantang dah sekarang heheee so when is the next trip?

Hi Biqque, I was at Anash blog nak check out noticed your profile with those very nice designer sunglasses. Are they Rayban's?

I enjoyed looking thru the well taken pics here. Never been to this country, maybe some day...But I sure love the beef noodles.....We have a shop near our place, and i am a regular there.

You have a nice day and keep a song in your heart.
Lee.

thx for visiting my blog :)