Who would expect that I can fall in love with this sport? I mean, I don’t play rugby, obviously, but I found it enjoyable to watch this game than watching English premier. Hahaha!
It’s all started when I religiously watched All Blacks, before, during, and after I visited New Zealand. The Haka spirit has possessed and persuaded me to watch those huge triceps, biceps, and what not (don’t ever mention that big Upin Ipin head-sized buttocks! Hahaha!)
Clearly hubby has nothing to do and out of the blue, he asked me to pack our bag and said “We are going to KK.” I was like…”Huh?” “KK as in Kuale Kangsor…got inter-rugby school competition…” katanya. 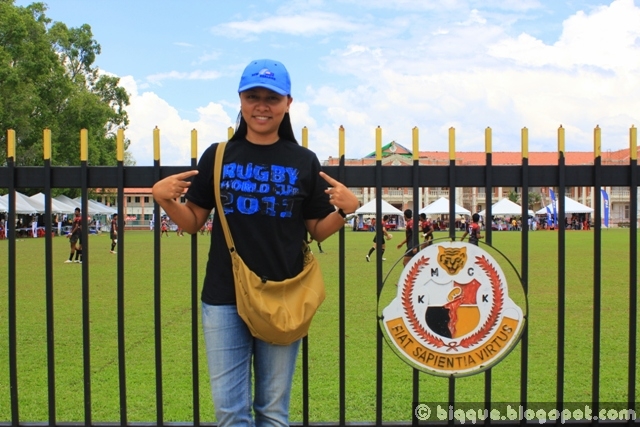 STAR, his former school, joining and defending the Plate. But his top priority is, he wants to grab this chance to access the Malay College, also know as MCKK, or Koleq. Ala you know la, this “all boys boarding school type of spirit” ni, lain macam skit. 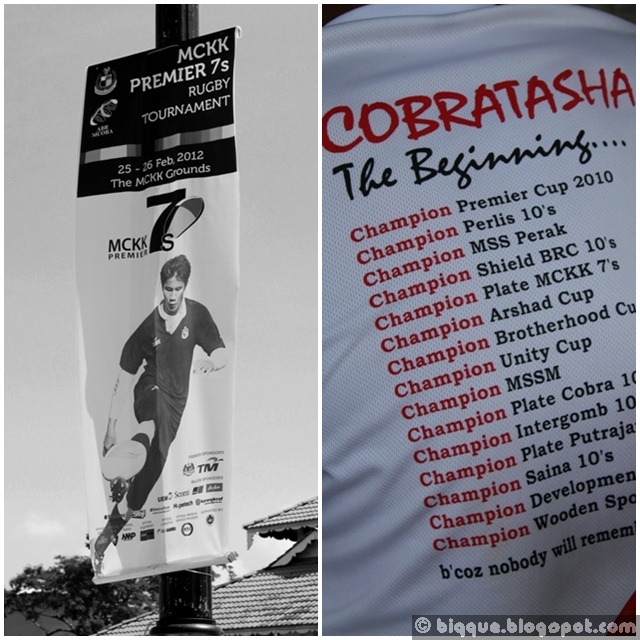 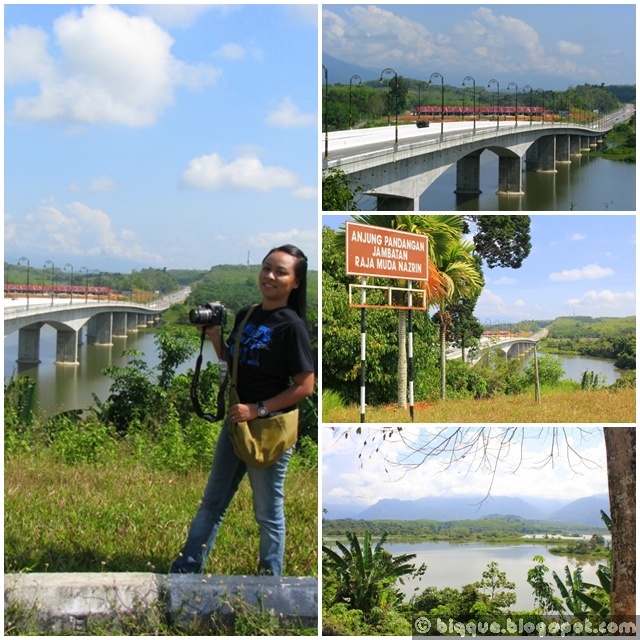 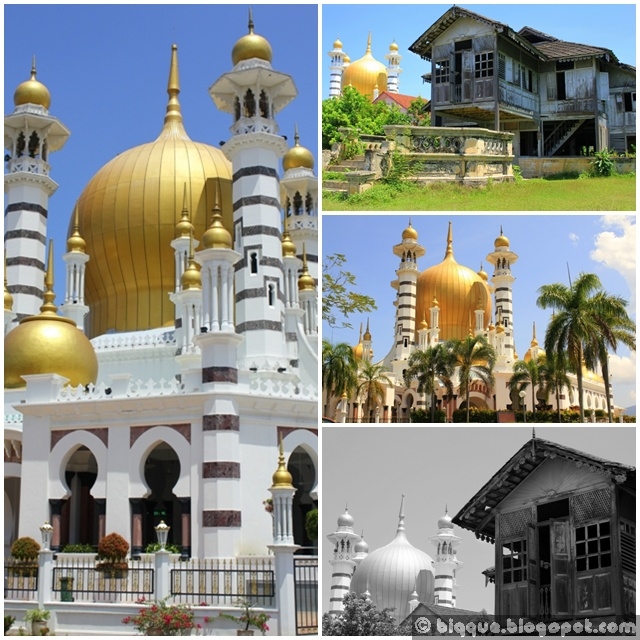 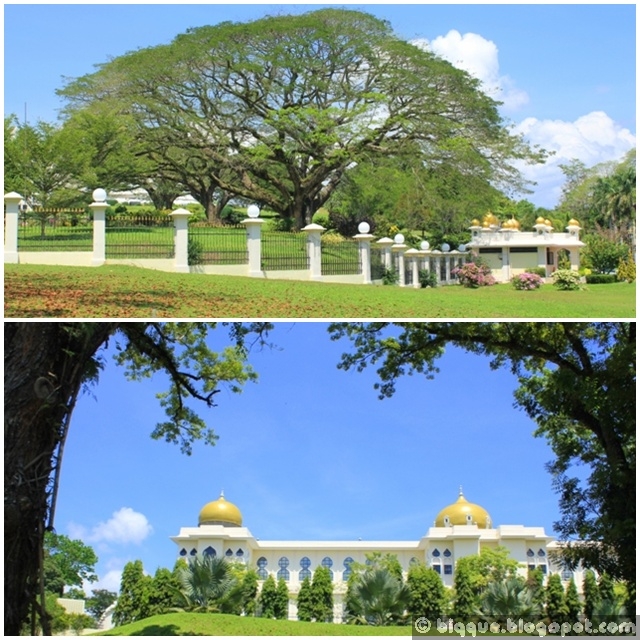 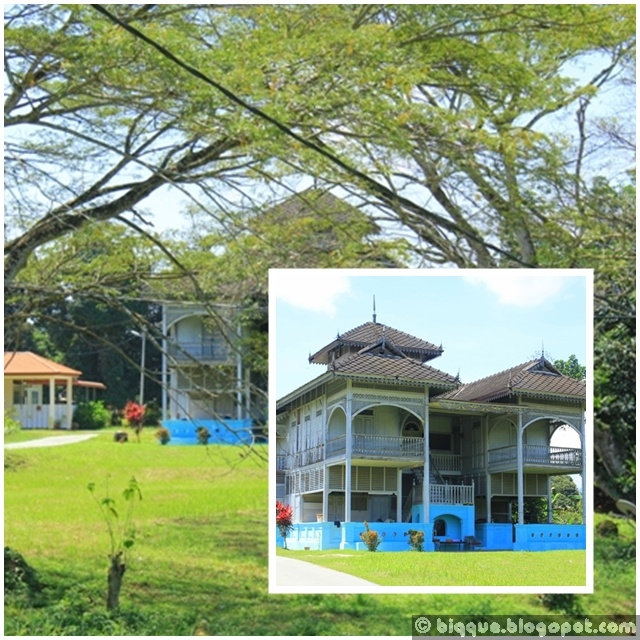 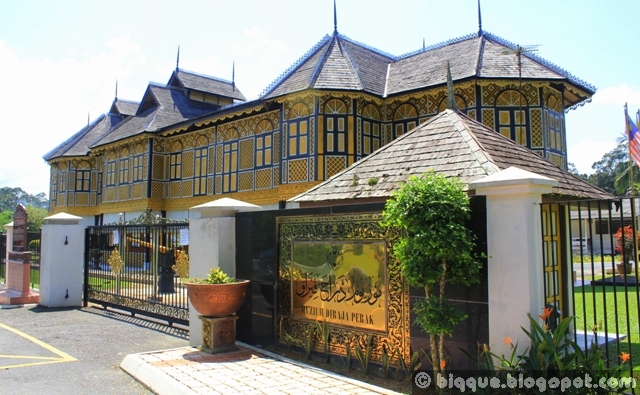 Hubby made a super ridiculous joke when he said that this tree is the oldest rubber tree in Malaysia.
We happily took a picture, which later, while driving around town, we found that there is another signage directing to another place, where the actual rubber tree is located! Pfft! 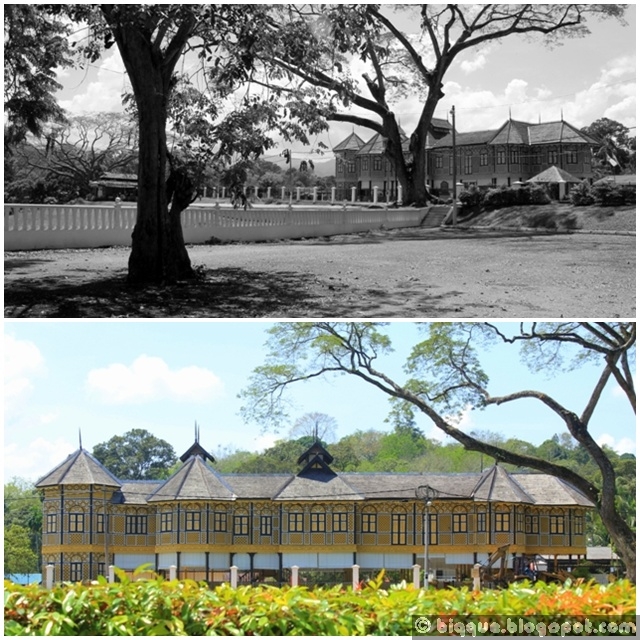 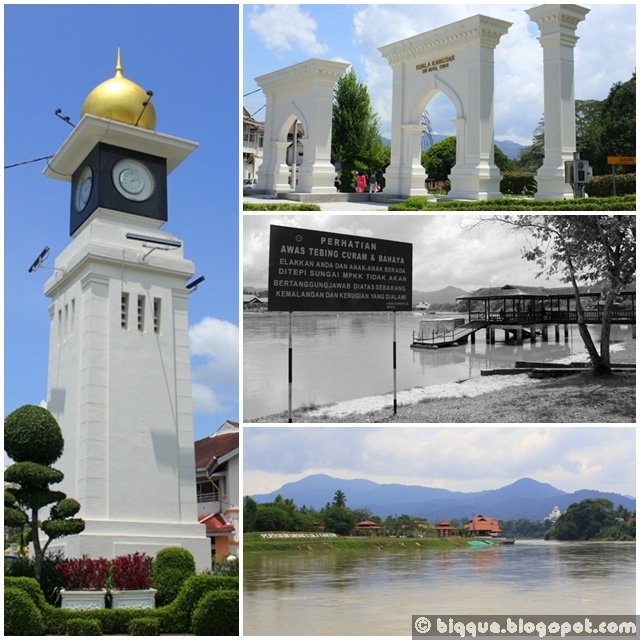 “Let’s go to MCKK.”
Besides motocross event at the other side of the river, KK town was filled with MCKK PREMIER 7s 2012 buntings, banners, and billboards. Gile kaya…MACOBA (old boys) sponsor la ni. Dah la datang in Bentley, BMW, superbikes and such!
All Blacks Revival, so they are called…and guess what, everything was 90% similar to the original All Blacks. Bang…takde nama lain ker...? 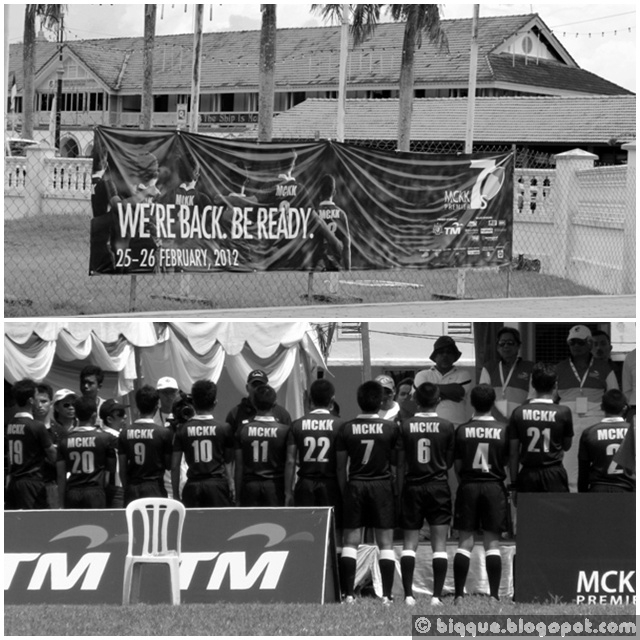 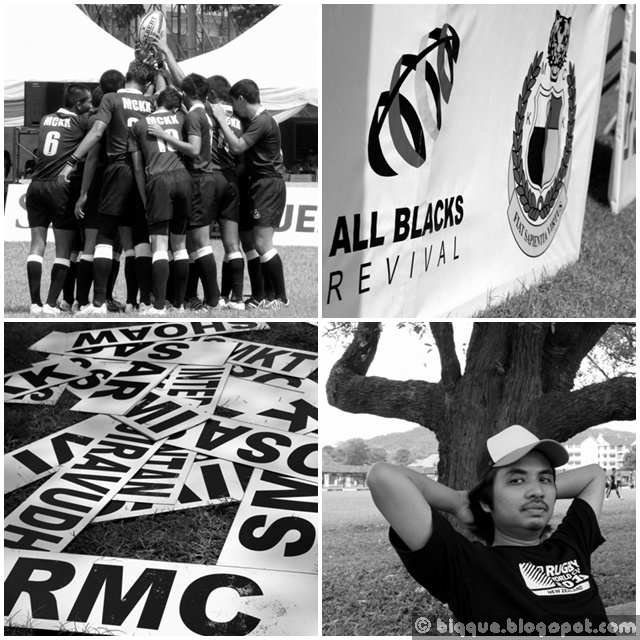 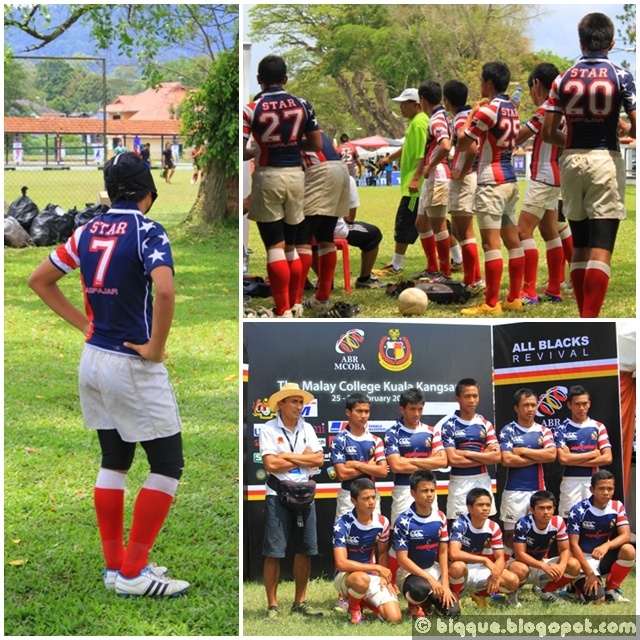 STAR won the first and second game, and currently waiting for the next round. Hubby sempat jugak la tanya pasal STAR kat bebudak tu. Sonok dia. Before we left for another tent, we congratulated them and wish the boys, best of luck. 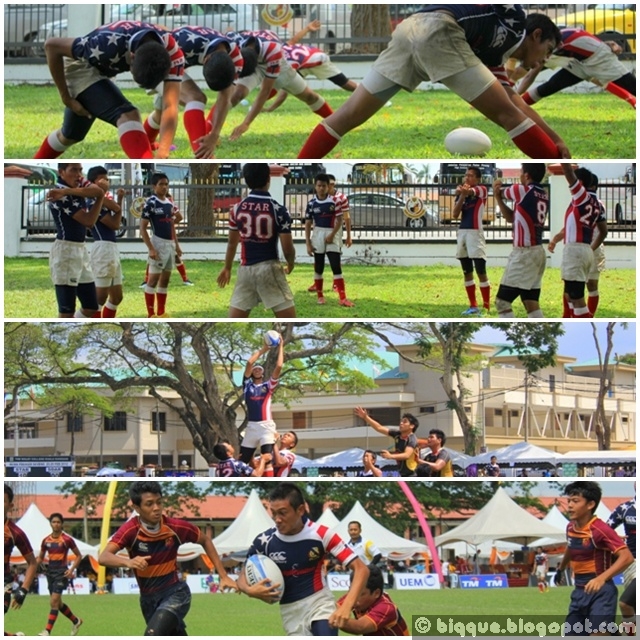 There was one tent that projected those legends, and the most popular was Hj, Zainal Abidin Bin Mat Yen, a Perak born athlete, who used to be famous with his “side steps”, sampai omputeh pun kagum. While reading the facts on the display boards, there was one Malay uncle came to us and explained a bit on the games. We initially just smiled and continued reading, but hubby later said “Eh, tu bukan pakcik dalam gambar ni ke?” 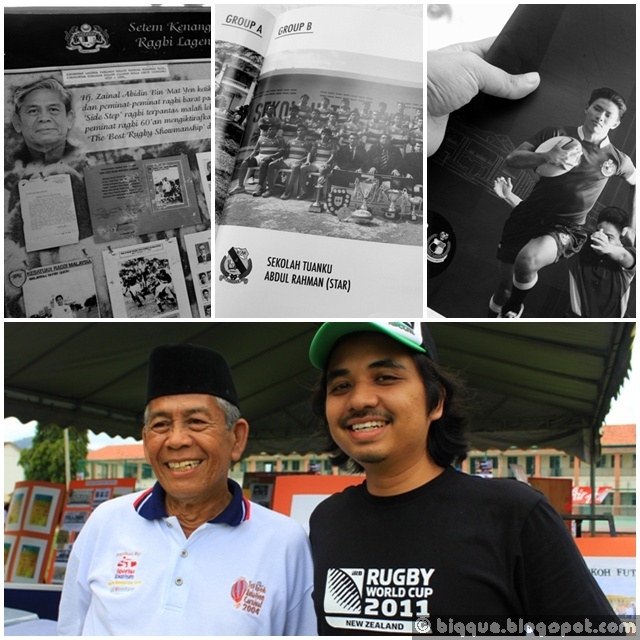 I looked up to the uncle, and looked down to the board. I repeated the same gesture four times, until that uncle said “A ah, ye la tu, saya la yang dalam gambar tu.” And three of us laughed.
Watching STAR played with hundreds of Koleq around us was quite funny, coz we can’t cheer as loud as we wanted it to be, maklum la…musuh tradisi. But we was entertained with their cheering team, who lined up two games ahead, in their white pants and “let it be heard” school t-shirts. There was no pause at all, for the game was 7 a side and the game duration was only 7 minutes for both half. Unfortunately, STAR didn’t get to meet MCKK. Or else, they would have brought their cheering team as well. Lagi kelakar, both having slightly the same song! Hahaha! 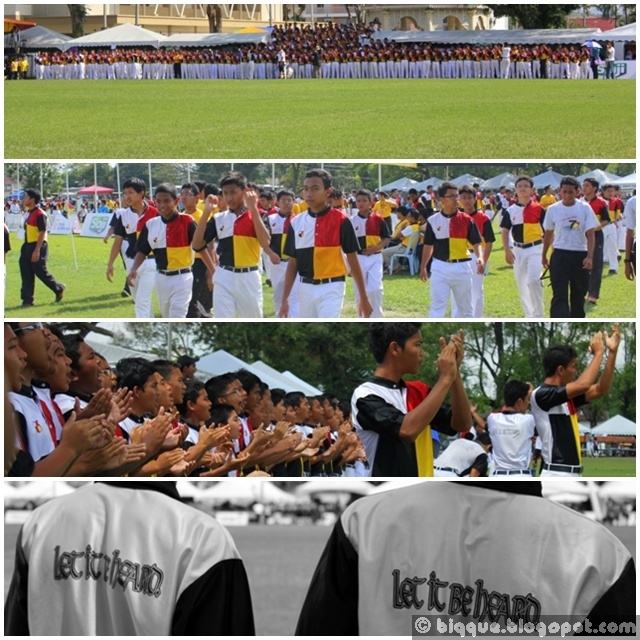 STAR and MCKK, anyhow, through to the quarter final but only STAR through to the semi. By this time, I heard one of the Koleq boys said “Ala…referee saje je kasi STAROBEK menang.” Hahaha! 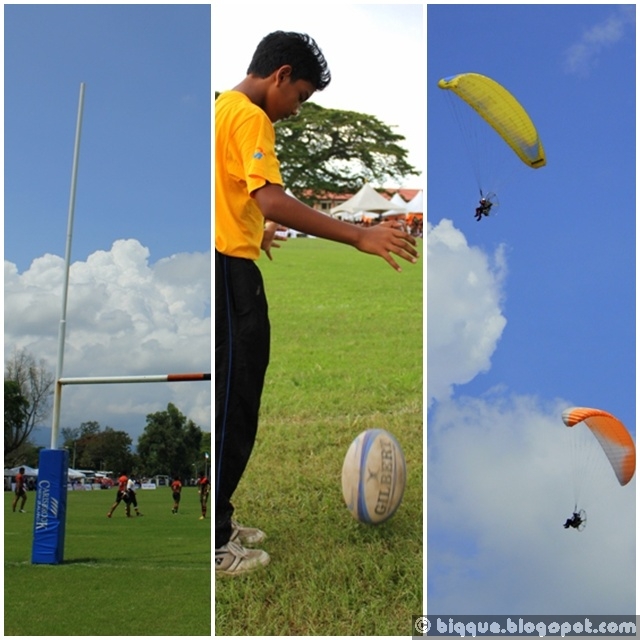 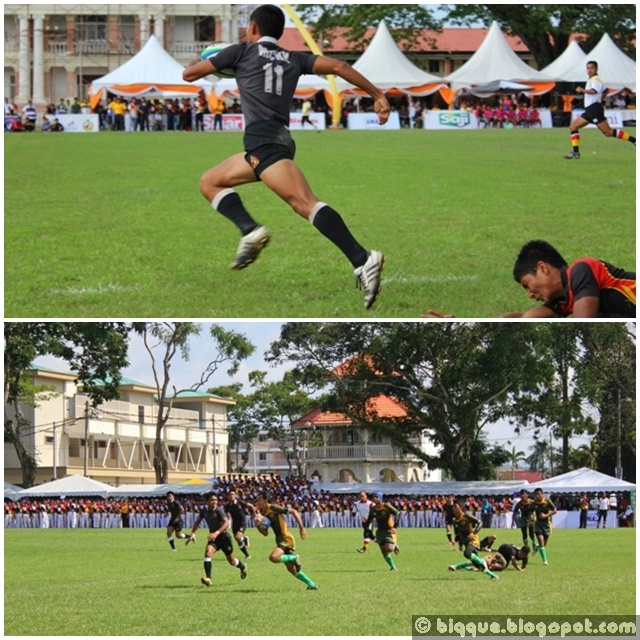 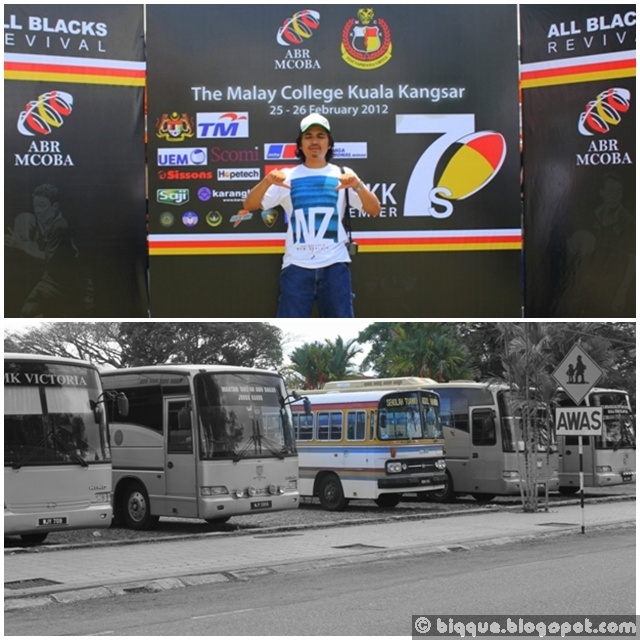 See you next year, boys…

soalan bodoh.. STAR stands for what?