We left the hotel and drove to the heart of Jogjakarta, where we were caught in a really bad traffic. I still can’t figure out why Ridz wanted a hotel right in the middle of the most touristic road, Jalan Malioboro.

“Ok, I can accept that he doesn’t want to trouble Mama and Abah but...sigh…fine, I’m not going to interfere…well, it’s their trip, not mine.” I told hubby.

We went to Ibis Hotel and stopped by to ask whether is there any available room, but luck wasn’t on our side. I wasn’t sure why, but most of the hotels were fully occupied. Maybe there’s something going on that I wasn’t aware of.

As predicted, Ridz drove us to a classic but modern elegance hotel, Inna Garuda (click link to view). It is located right on Malioboro street. This hotel had been changed six times! It was the built by Dutch colonial and it was their intention to make it as the most luxurious hotel in Jogjakarta. Then came the Japanese, where they changed the hotel name, which later, Indonesia declared their freedom, and changed it back. Not long after, Dutch came back and took over, but Indonesian government got the authority to give a new name. Then PT. Natour was given a trust to manage the hotel, changed the name, which later, merged with PT. Hotel Indonesia and finally came up with Inna Garuda. Fiuh! What’s the fuss of changing the name, guys?? 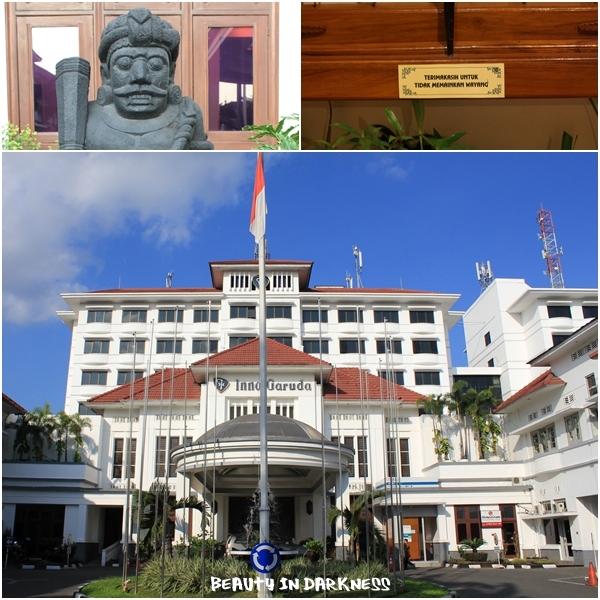 Entering the driveway of this almost 100 years hotel had made me some kind of wealthy peps. We parked the car and entered the lobby, where Ridz and Abah settled the registration. Koyak la poket orang tua tu. Meanwhile, we sat on the wooden teak seating where the bell boy handed in some sweets for Putri and welcome drinks for us. The inner decoration was more or less like a presidential office with huge chandeliers, high ceiling and carved walls. The porters then carried our bags and sent them over to our rooms.

Before he opened the door, I saw one huge room with clear glasses on both side of the door, opposite our room. It was a suite with common area! Omg! Will I get a suite as well? I prayed hard fefeeling retis gitu.

But not hard enough coz I got twin beds in my room. Pfft!

“I am sooooo gonna attach these two beds!” I stomped my feet. 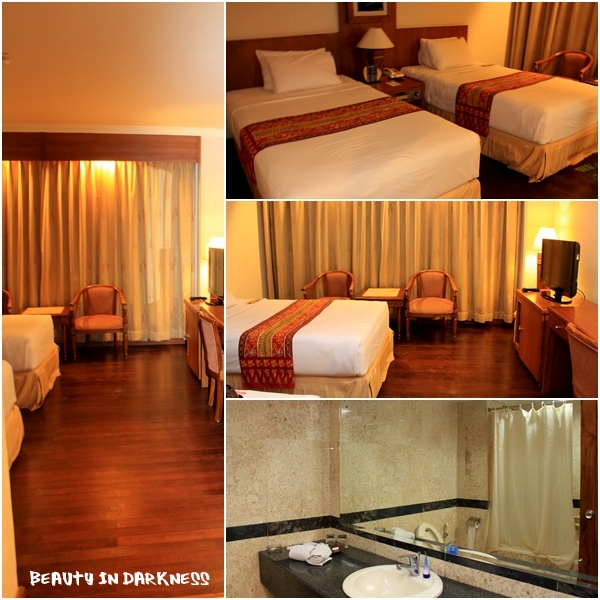 Like other hotels, the hotel facilities looked much more the same. From convention room, lounge, coffee house, spa, swimming pool, where they named these places with famous people as well as tourist hotspots in Indonesia. 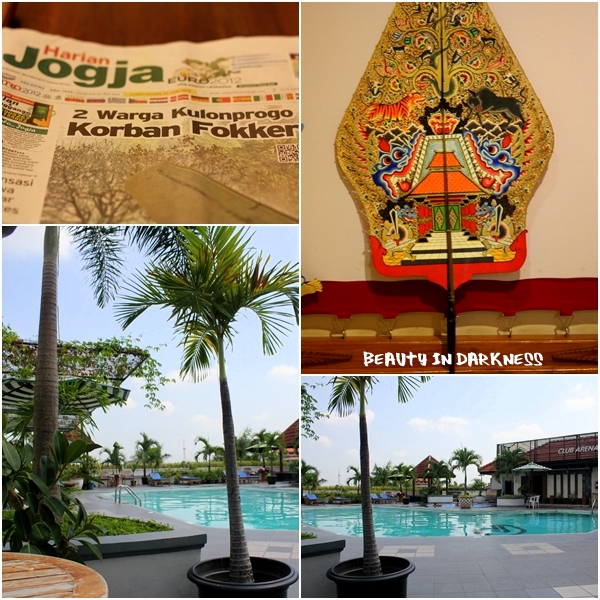 Ok, dengki. I always wanted to have a spa treatment in Indonesia but hubby and I always have no time for it. Plus, we rather spend our penny for exploring places. So, I asked Mama whether she wants to try or not, but Mama declined. Ok, tak perlu dengki. Let’s go jalan-jalan. Hahaha!