“Did someone knock on your door last nite?” Wan asked hubby and I.

“The last time someone knocked was when they sent us our bags. Before that, they sent welcome drinks and fruits. That’s all. Why?” I explained and questioned Wan.

“I don’t know…but someone knocked my door at 2.00am. I opened the door but no one outside.” Wan confused.

“Opposite your room, no one stayed at the room, right?” Hubby fabricated the story.

A bit of info about this hotel. Listen. 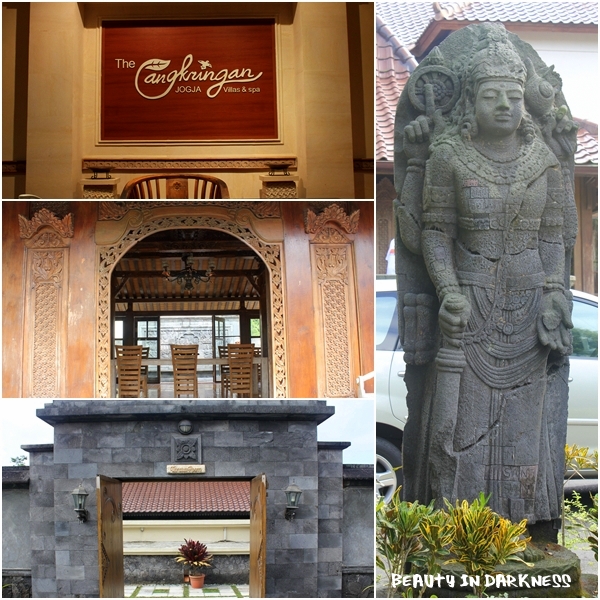 The Cangkringan Jogja Villas & Spa (click link to view hotel) is a boutique resort located in foothill of Mount Merapi, Jogyakarta. It is approximately 23-30km from the heart of Jogjakarta town, Jalan Malioboro. Though the distance isn’t that far, the driving time can be at most of one hour, due to traffic and the road condition.  This hotel has 19 villas, and 8 rooms, where 5 luxurious and spacious villas facing the pool, and some villas have sub-villas with its own attached door. Alongwith, they offered 4 spa treatment packages, including couple session. Sexy huh? But I didn’t use the opportunity to rip off neither Hubby’s wallet nor Mama’s purse. To top that, they also provide wedding package, meeting package, golf package, table manner package, honemooners-escape package, you name it. Fiuh! And from my point of view who usually not getting this kind of hotel while traveling, was tremendously amazing. The bed, the toilet, the service, the surroundings, except for the food lah. 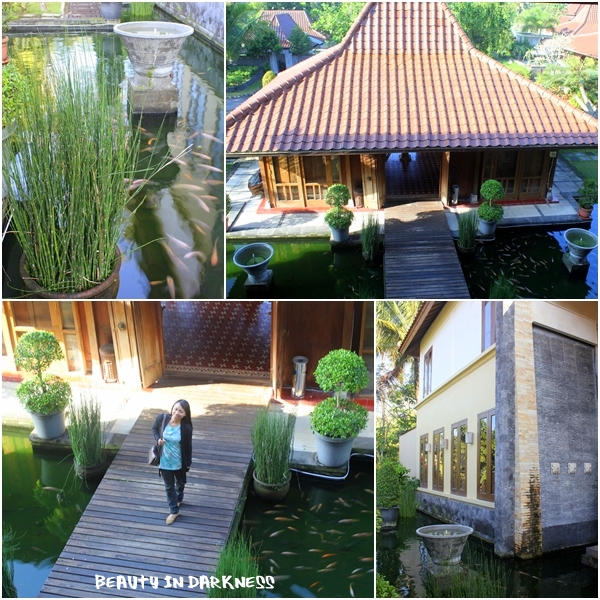 So why on earth I stayed at this luxury hotel that sounded spooky at times? I tell you why.

This is the only hotel that is nearer to Eny's parent's house. I remembered last night, the reception told us that the hotel was fully booked. To be franked, I saw roughly less than 10 cars at the parking lot. So how could it be? Eny once told us that this hotel was hardly full coz it only used by golfers during 18-hole tournament season. Nonetheless, occasionally, it will be occupied by filthy rich people who want to stay near to Mount Merapi. Here comes the best part. It is said that this hotel is somehow, can be spooky at times. They heard voices and saw shadows! But, which hotel doesn’t, right? Vacant rooms can be “their” playground.

So back to the question, who knocked Wan’s door at 2.00am? *krik krik*

We left the confusion behind and walked to the dining area, for breakfast. Hubby and I went down before Abah, Mama, and Wan, coz we wanted to cycle to next door, having a quick view of Mount Merapi. For me, breakfast was simple compared to other noted hotels. As usual, I took eggs and cereal, while hubby took a plate of fried rice. After a speed bit on the food, we went to the reception and asked for bicycles. 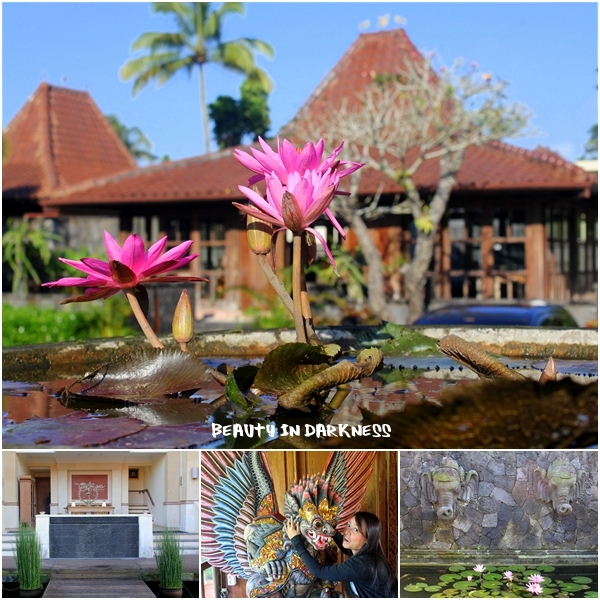 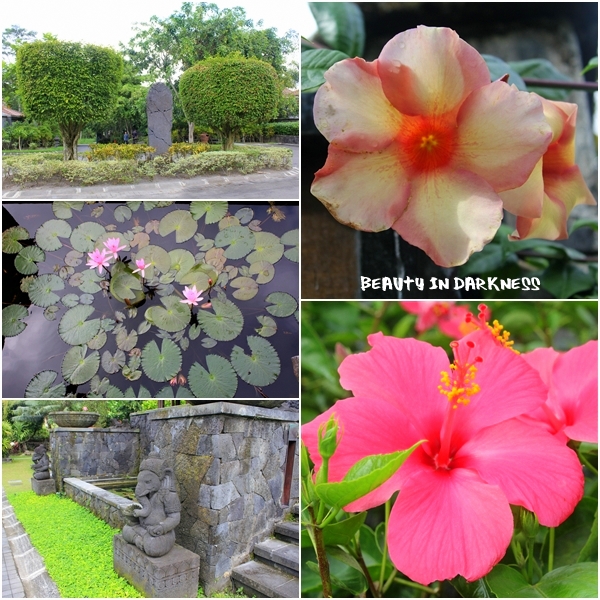 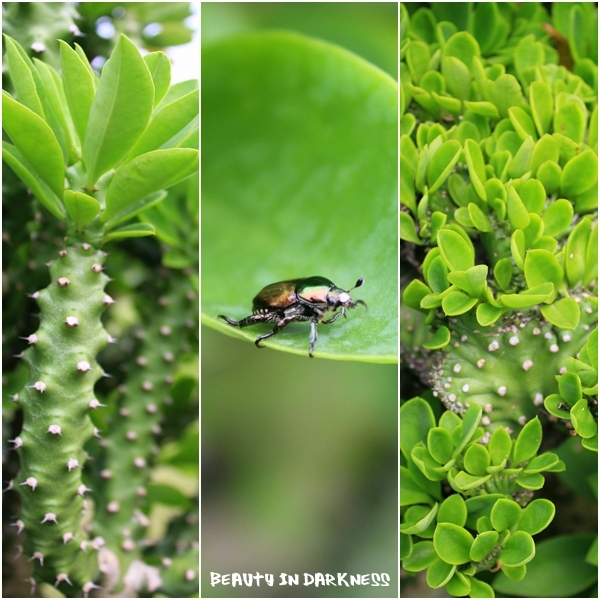 Being clever enough, I suggested to take a tandem mountain bike! (Tandem bike is twin bike ya.) Guess what? It was double tiring! Hahaha! Rode down the hill going outside the villa was pretty easy. But rode uphill to Merapi Golf? We were half torn, before we even reached the guard house! At the guard house, we greeted the security officers and asked whether we are allowed to go in to have a clearer view of Mount Merapi or not. Note: Only golfers allowed. 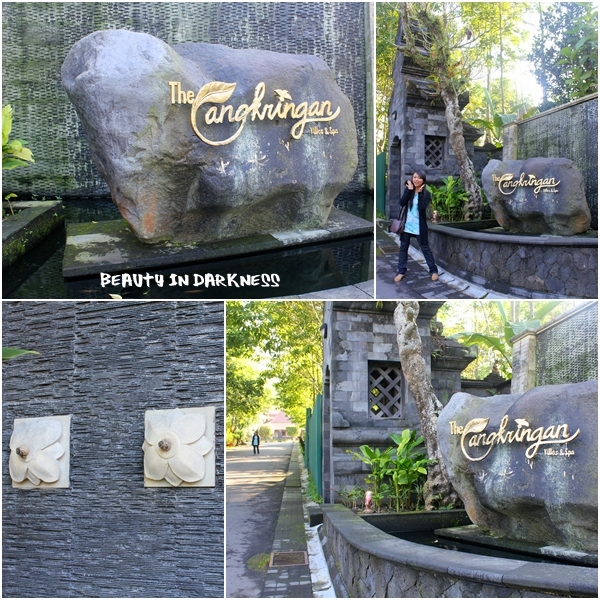 They did give an unpleasant face and asked “Dari mana?” (Where are you from?)

That was what happened, earlier.

That was what happened, after we told him we stayed at villa. So, you judge! But I felt like Soekarno's daughter. 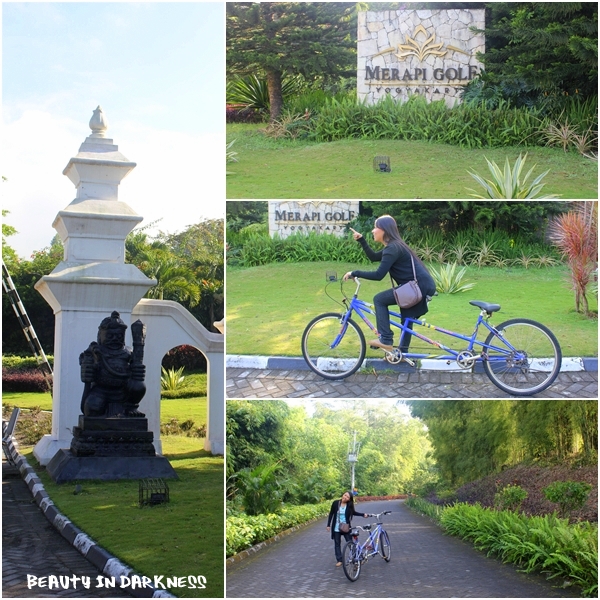 We rode and rode and…stopped. TIRED! Coz we rode uphill! I told hubby to call off the intention and rode back to villa. While riding down the hill, we rode faster and passed by the guards and said “Tak jadi pak, lelah pak!” (Canceled! Tired!)

Back at the dining area, we met Mama, Abah, and Wan. We then walked around the villa, while waiting for Ridz and Eny to pick us up. Hubby and I told them to bring us to Mount Merapi, where Mbah Maridjan used to stay. I read in Fatt’s blog earlier that the house now is gone, and the place is now a historical site. Let's see.

when did u go to jogja?

i went on june aritu, short trip jer with my in laws so tak explore mcm i pegi back in 2008.

This is a time for families to come together and start fresh. They clean their houses,  באמסטרדם