~Page One~
Christchurch To Ashburton : When The Temp Is Sub Zero

“Shoot! We didn’t turn on the alarm!” Hubby mad at himself but he diverted the frustration to me, who secured the main door. “So? Call Kiki!” Thanks to technology that saved our asses. We managed to turn it on and move on.

10 minutes later. “Shoot! I forgot to throw the rubbish!” Pay back time. I screamed to hubby and blamed him since he insisted to cook yesterday. Or else, I must have thrown the rubbish last night. Owh man…I hope it won’t turn to maggots or something…

We took ERL and shuttle bus to LCCT and try to check-in via kiosk by scanning the encrypted image through my iPod Touch. Hell yeah…thanks to AirAsia for creating this machine THAT CANNOT READ THE IMAGE FROM MY IPOD, OR EVEN FROM SOMEONE’S IPHONE WHO WAS TRYING NUMEROUSLY, ON THE NEXT LINE! 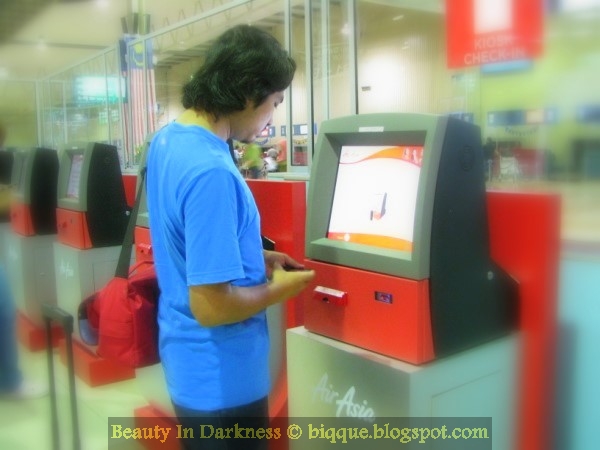 We went back to basic and got our documents checked at one corner, and entered the departure hall. We then headed to the airbus and saw, 5 from the 7 seats at the last row were tagged as “Air Crew Rest Area”. Ahhh…no wonder why they changed our seats…next time, don’t buy seats on the right yah!

At this point, leaving Malaysia was the best ever step to take. Leaving behind those crazy tasks and flew to the land of Maori, was indescribable. 6 months of hibernating in Tanah Malaya, just wasn’t my style.

“Any prebook meal?” I was disrupted by the crew. “Ya…can I have nasik lemak Pak Naseer please?” Trying my luck to eat my last nasik lemak of the week.

“Sorry…you ordered international meal…so it will be chicken lasagna…” Aku lepuk jugak minah korea ni kang. Fortunately, the second meal was smoked bbq, which I really like most.

“Eh? These games can’t be launched. Not even a single. What have you done?” Hubby tried his luck to charge me since I was the one who switched it off before the flight took off. 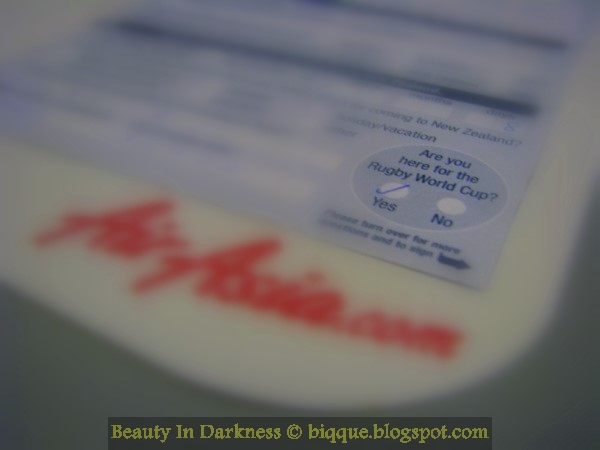 We saw…not one, but two oval-white-lakes, right down below, which I thought somewhere around Alice Springs, Australia, maybe…? And we slept throughout the way…again… 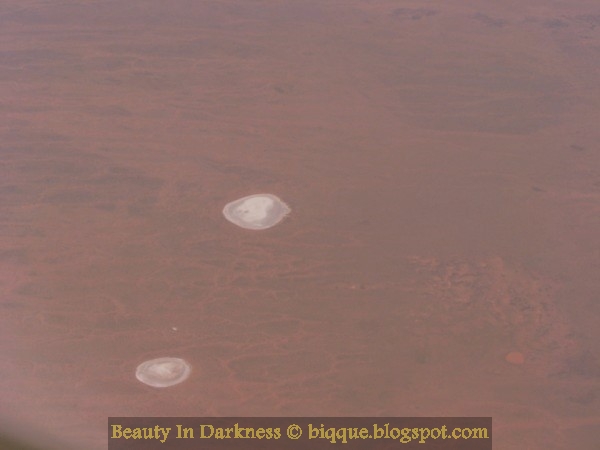 Christchurch International Airport
The immigration process was quite easy and fast since we didn’t have anything to declare, not even an instant noodles. Haha! While queuing, we had a chat with one young Spanish boy, who was on semester break, traveled within NZ and Australia, within 6 months, ALONE. Cam lakhanat banyak duit ko! Tapi dia kata dia akan keje kat farm la untuk dapat tido free...bagus nyer experience kan? Brani la ko bai!

The first place that we stopped was the information counter, where we grabbed as much brochures as we can. Then we went to the loo and the tap water was SUPER COLD LIKE SHIT! 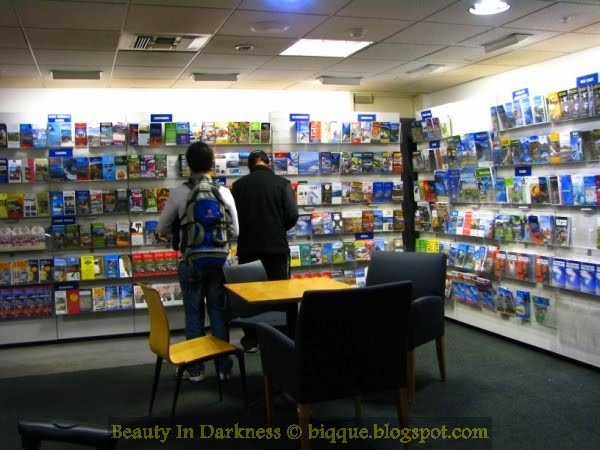 Even worst when we went out to look for the rented car! It was super freezing and thanks to Big Value NZ/Omega Car Rental that parked the car at the short term pass, AT THE MOST END OF THE CHRISTCHURCH AIRPORT PARKING! Ye, kitorang kena collect keta tu sendri sebab dah after office hour...so pepandai la nak idup. Dalam keta dia dah siapkan sume form, parking ticket, tire chain, map and such. 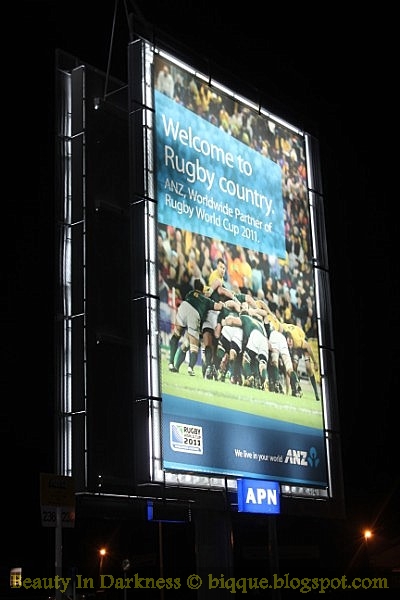 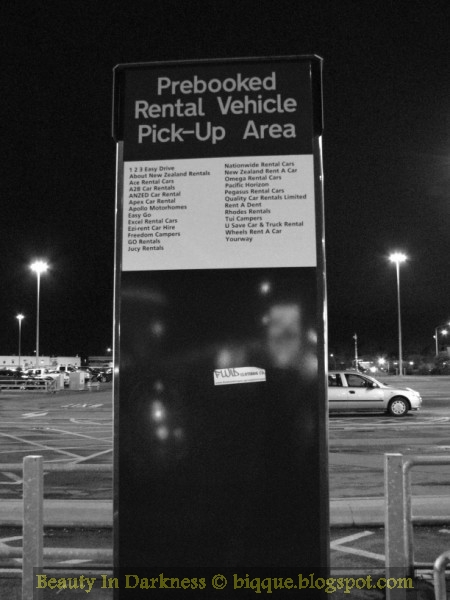 Adding up to the limit, we couldn't find the car key! The car key was hid somewhere around the car! Zzzzz…luckily we managed to solve the puzzle. At the same time, there was a guy who was looking for his car key as well. “You should try under the XXXX (undisclosed area)” I said, confidently. Ewahhhh! Ko nak cepat ke tak, sejuk nih!

And guess what…IT DIDN’T STOP THERE! The parking fee was NZD25 and we had NZD100 IN HAND! IT WAS FREAKING 1.00AM AND NO ONE WAS WORKING! We stood next to the pay machine for 5 minutes, tried to figure out what to do. 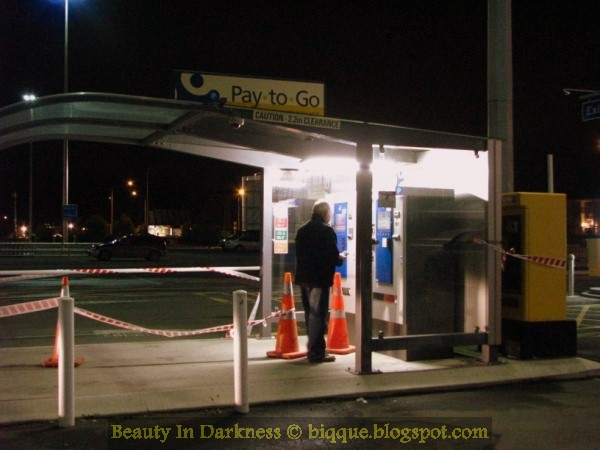 Then we saw and old Kiwi man who came to pay for his ticket. “Sorry, do you have change for a 100?” Sumpah aku rasa macam peminta sedekah masa ni. Mesti dia ingat kitorang nak pau dia! And he said he didn’t have a change. BUT…he said we can pay the ticket using credit card! AHAH! Credit card pun credit card lahhhhhh!

It was pretty dark that dawn and we had no choice, but to drive to Ashburton. There will be our first pit stop of the trip. “Damn…Chawana said it should be super cantik along the way, with mountains, snow, and sakura-like trees. (Sakura ke?)

Templeton - Rolleston - Dunsandel - Rakaia - Ashburton
We refueled and continued driving, passed by Templeton, Rolleston, Dunsandel, and Rakaia, until we reached Ashburton, and stopped at Mobil. (No pictures were taken along the way, due to the darkness.) We parked next to a dozen of some sort of gas tank, and tried to figure out how to fold the back seats. Ni la bahana nyer nak tido dalam keta kan. Ha, makan la seat tu sampai tinggal lantai.

“Ok, got it! And…it’s written in…Japanese…GREAT!” Mazda Premacy 1.8, Japan made. THANK YOU, JAPANESE. PLEASE TRANSLATE IT TO ENGLISH, THE NEXT TIME YOU THINK OF EXPORTING A CAR YAH?

“Brrrrr…brrrrrr….” It was 4.00AM and hubby cannot stand the sub-zero any longer. The lower limbs were numb though the upper limbs were warm and just nice.

“…we have to gerak la…at least, we can turn on the heater…” Hubby tried to persuade me from sleeping like a pig. With half eyes opened, we drove to the town area and stopped at Caltex, for a couple of tea. The lady didn’t allow us to come in. Takut kitorang nak merompak agaknyer. 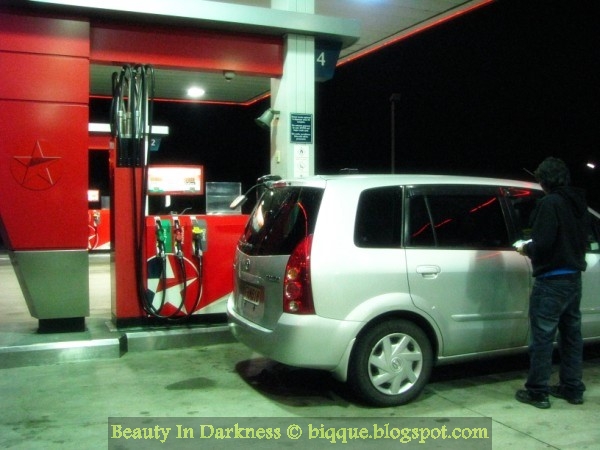 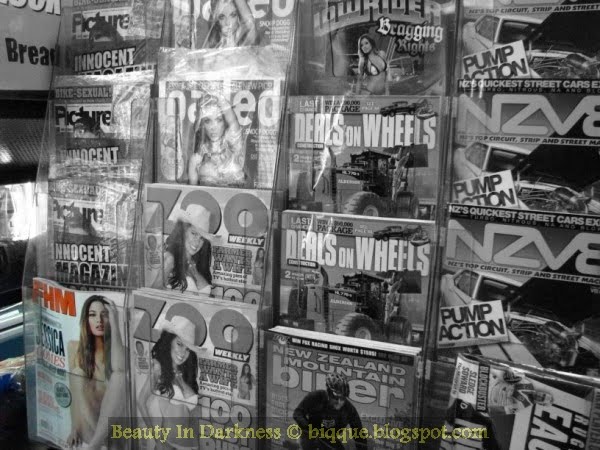 Ashburton i-Site
We decided to wait for the sun to rise, just right before the clock tower, in front of a public toilet, next to the i-Site! Haha! Makcik cuci toilet tu geleng kepala je tengok banyak botol pecah hasil orang mabuk tak sedar diri semalam. The i-Site still close so no fridge magnet for this place. Dang!

There was no car at all on the road. Shops still closed. Silent...macam Silent of the Lamb gitu. Once in a while, there were trailers and trucks, going south. Town takde la besar mana...besar lagi Simpang Pulai kat Ipoh nun. TAPI CANTIKNYER, 10 kali ganda kowt.

And 6.15AM in the morning, the sun was rising, shining brightly, to accompany our journey, to Timaru we shall be. 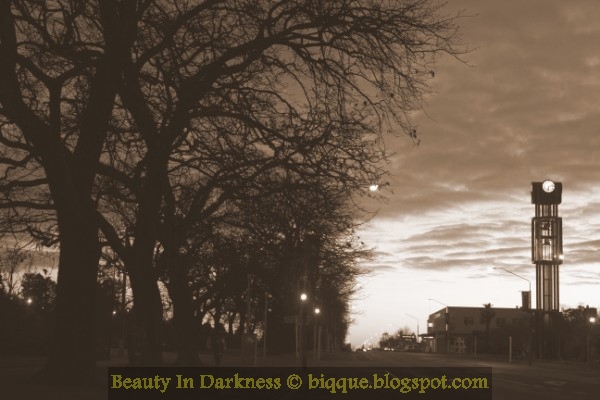 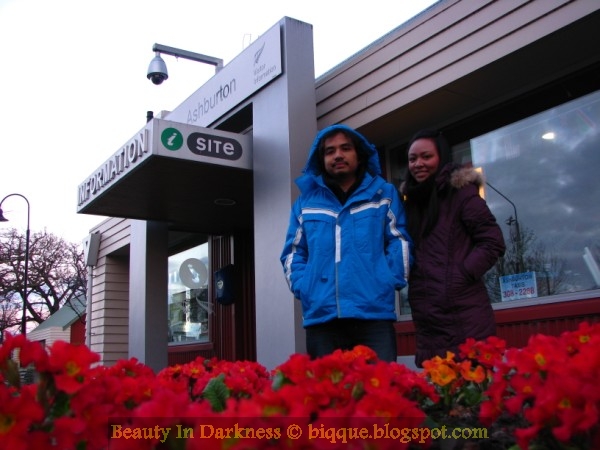 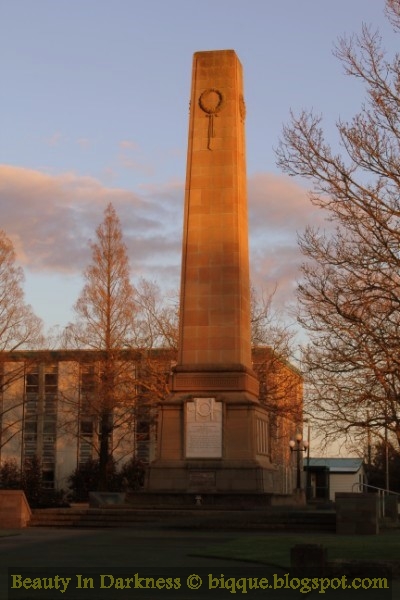 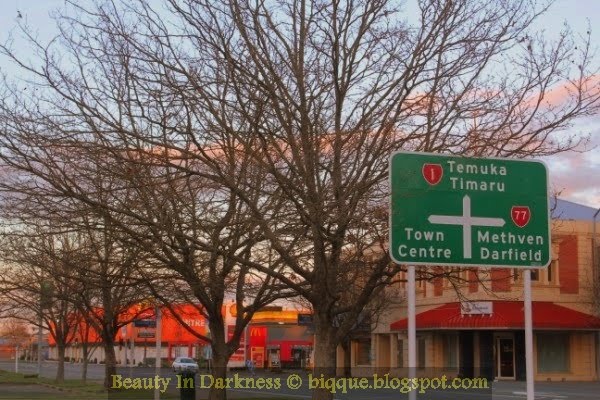