Tales of A Travelholic...

Have u met a tremendous true hardcore travelholic?

I DID…and still befriend of her.

I know her through hubby as they previously took the same ACCP course for IT post-graduates collaborated with government (did I say it rite? I hope so…). I rarely seen her at first, but took a GC trip with her and her half, together with another 3 good friends of them, made me really attached with her (btw, she has a very enjoyable husband, siblings and in laws too).

From my sight of eyes, she is a beyond-doubt travelholic (wait till I tell u guys how passionate she is), I must say. This is how I rate this “extremist”:

A snap a of place’s name, she will jump off and say, JOM!

Shoot her a place's name, she will throw u a MANUSCRIPT of TRAVEL INFO!
Some time ago when H1N1 just attacked Mexico, I told her that MAS has a massive insane free fares promo. Destination? Certainly, Mexico. Without any hesitation, she said she wanted to go!!! I caught in a surprise and had both of my eyeballs popped out! Obviously, who wants to go there? When the virus is still new, easily and widely spread out!

But guess what, it didn’t cuff her both hands to browse the flight tickets! She later got to know that MAS didn’t have such an offer, and started to get a re-verification from me. I really can’t take it anymore and laughed out loud, and simultaneously, I told hubby what I did to her and what she had done upon it. Dissatisfied with MAS, she continued to browse AA website! And of course la kan, the same offer didn’t reflect in AA website as well!

By this time, she knew that I had fooled her…and started to believe that she had to put Mexico out of her mind (for now). Hahaha! And that’s what I call “A tremendous true hardcore travelholic!” Even H1N1 can’t stop her! Listen to what she had to say at that point of moment “tak kisah…janji murah…pegi jeeeee (with a smiley face)”. Kahkahkah!

Andddddd she didn’t stop there!

Hubby and I have a plan for a historical trip to Hanoi on Feb 2010. Disregard the third world country that has no Hot Wheels, she agreed to join us. (Owh god, u guys would never want to know how fascinate her hubby is, Cawan, of this merchandise…he has countless of them and they are well kept in their very own original packing).

Hubby later informed her the date and time of our itinerary, for her to pursue her ticket buying. 23rd-27th of Feb…ok, she clicked GO! Put in all her details, together with her half’s details, paid online, and there u go…TWO TICKETS TO HANOI ON 23rd-27th OF MARCH!

MARCH??? Hell nooooooooooooo!!! Ours is on FEB!!! She had paid for almost RM600 for the place that was initially not in her trip list at all, just because she wanted to join us, and yet she got it wrong??? My goodness!!!

She dares not to tell her half…but later she told him so. Nothing to mad off…what done is done. Now, what we can try to do is to wait for another promo and get the ticket change. Day by day, she checked thoroughly, the price still hit the ceiling. It’s like buying another two new tickets, and that is soooo not a wise decision to make.

On god’s willing, she strikes back!

I’ve got a mail yesterday from AA on NO ADMIN FEE PROMO! Without wasted any longer, I buzzed her on Hanoi’s ticket. Same time, same day, RM350 FOR TWO! She shouted her lung out and started to congest the AA website (yeah, she was the one who congested the line…blame her! Hahaha!)

And this time, she got it loud and clear! Same date, same time, SAME FLIGHT, and there u go, A TRIP OF FOUR TO HANOI! BRAVO DEARIE! (Well…still trying to convince the others…but they might have their own plan...ye la sape la kita kan…)

Owh…u guys wanna know what happen (or shall I say, what WILL happen) to her old tics? Feel free to buy it from her…can ar? Hahaha! No plans on what to do with the tics yet but I told her “anggap je la duit u tu hilang or bayar income tax :D”. 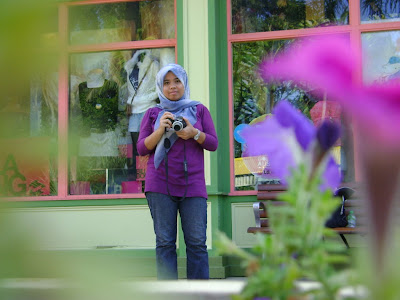 Unbuttoned by Biqque at 9:51 AM

This is about friends