“Biqque, Sydney’s ticket is cheap!” Chawanna called me while I was right in the middle of having my sweet lunch at the most piercing warung.

I quickly called hubby and told him that the air fare was only RM571.00 with tax inclusive. Hubby straight away gave a green light.

With the help of crazy so-called, flight-ticket-personal-agent, Chawanna helped us to secure two tickets for the coming 10 months trip! Yup, that was the length of period that we had to wait. Well, normal lah *flipping fringe*

Hubby, as usual, did his very best to come out with superb itinerary, complete with Google Direction. When someone questioned us how did we survive driving or taking public transport or even walking in other countries, this would be the secret. I kid you not, this way has helped us in saving our travel times. Regardless some people don’t really go well with planned itinerary (well some people don’t really trust in it), it’s all up to someone’s way of traveling. Do not condemn! My call, not your call. If you gone astray, sendiri mau ingat.

Note : ETA was done by Intan Azlynna (introduced by Kaki Berangan), via email and M2U.

While looking at the cloudy and gloomy weather outside, we had pre-book meal, Nasik Lemak Pak Nasser, as our breakfast. Hubby and I kept on praying that the weather would be better once we landed. We were fully relying on the weather that day, for most of the places listed in our Tour Cookbook were outdoors. 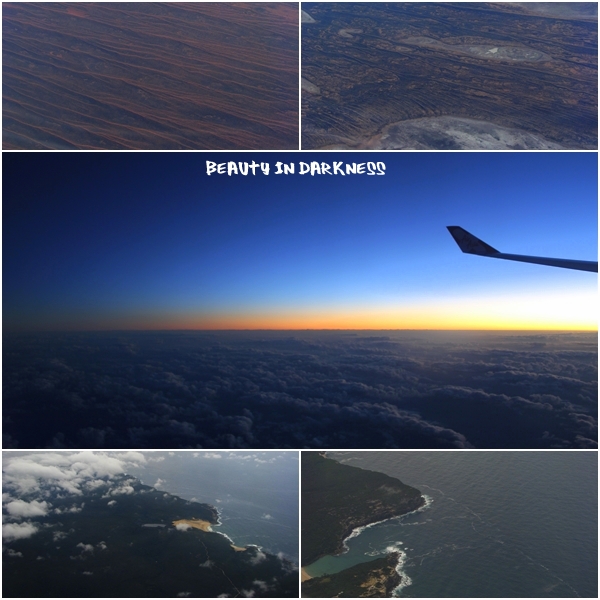 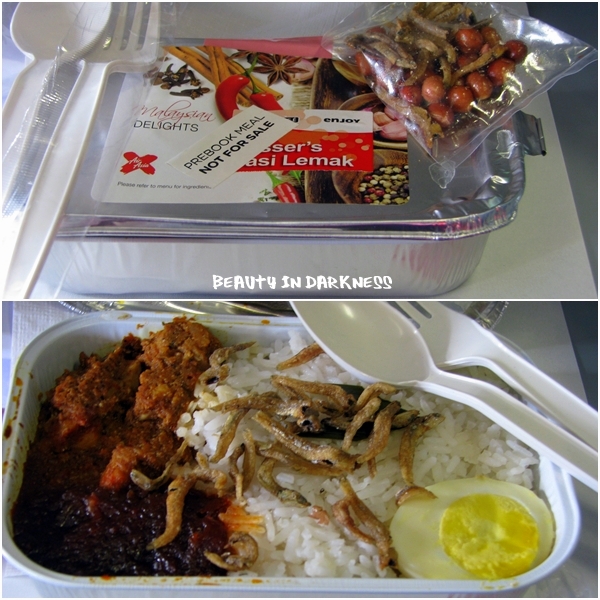 “Eh, don’t la another day, another 5 days…ok?” Hubby corrected my song, since we’ll be in Sydney for 5 days. 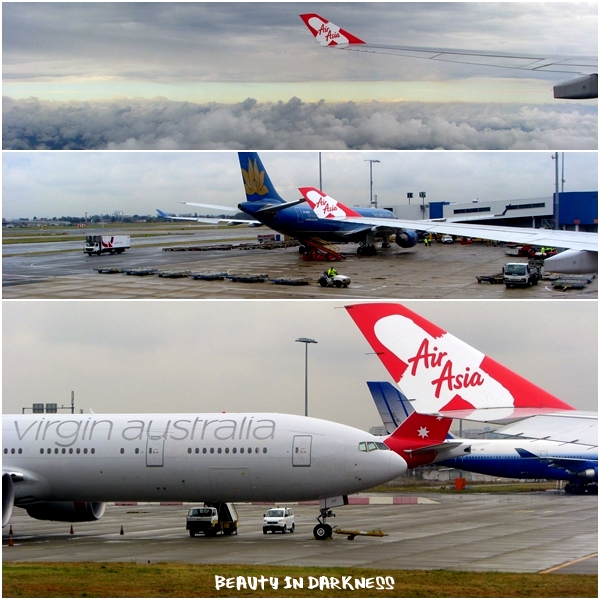 Once landed, we’ve gone through hard time during immigration screening. Hubby was chosen randomly, and was instructed to open his trolley bag. At this point of time, hubby looked seriously dissatisfied. He looked around and most of the foreigners went through. He said straight to the officer’s face “Is it because I’m Asian??”


He, however, went through. We quickly went out from the arrival hall and looked for our pick-up. We walked further down the waiting area, there wasn’t any car with East Coast Car Rentals sticker on it. We then returned to the arrival hall, and called for help from the airport assistant. Hubby requested for a small change, and tried to call the car rental, but failed. 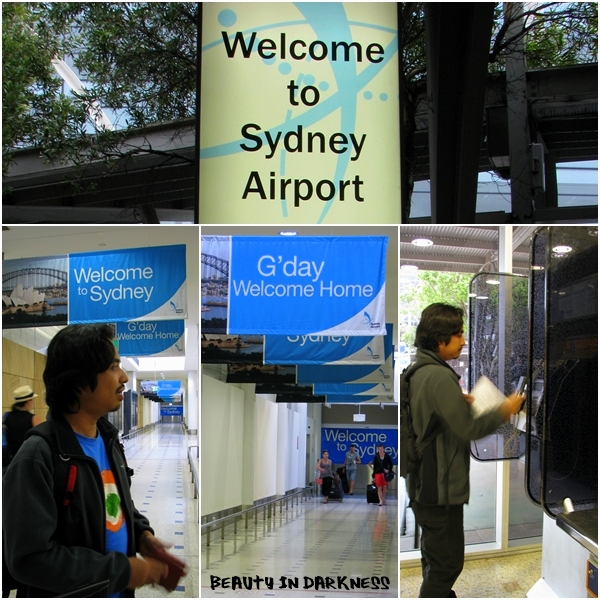 Failed because he didn’t know how to use the payphone. Hahaha!


The airport assistant then helped him to call the car rental, and voila, we managed to get the driver. The driver then came and drove us to the car rental office. There, hubby settled everything and thank God, we went through a smooth and quick process, hence, getting us a cute 4-doors car, Hyundai Getz, for the rate of AUD37 per day. 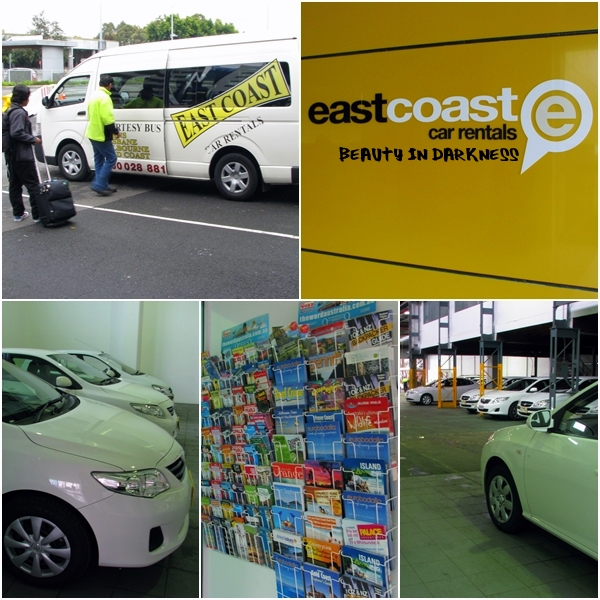 Note : Always check the car condition (dents, scratches, fuel level, etc). Point out if those aren’t mark as on paper.


Driving out from the area wasn’t that easy, for our map point A was Sydney Airport, not the car rental’s office. So we decided to find a way back to the airport, and start from there. We had encountered one funny case once, where we drove into paid parking area. I, as the map reader, quickly gave a confused but cheeky face to the parking attendant, and we got through it without any charges. *muka lega* 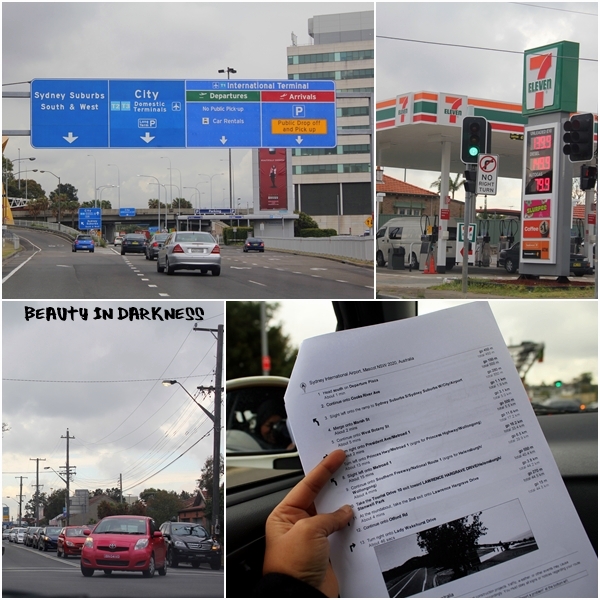 “Ok. To the South, we shall go. Stanwell Tops.” I led hubby, as per stated in our Tour Cookbook.


We started the journey by driving on Princess Highway, heading to Wollongong. The roads then split, where we decided to proceed with Grand Pacific Drive, also known as Scenic Drive. Our expectation on this road was really high, as high as Scenic Drive in South Island, New Zealand. But the road disappointed us, for what we saw were only bushes and trees. Tak cantik lah! Apa ni?? 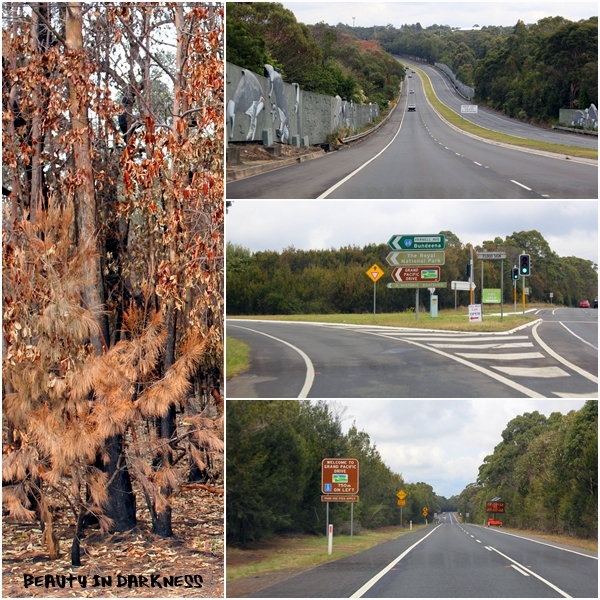 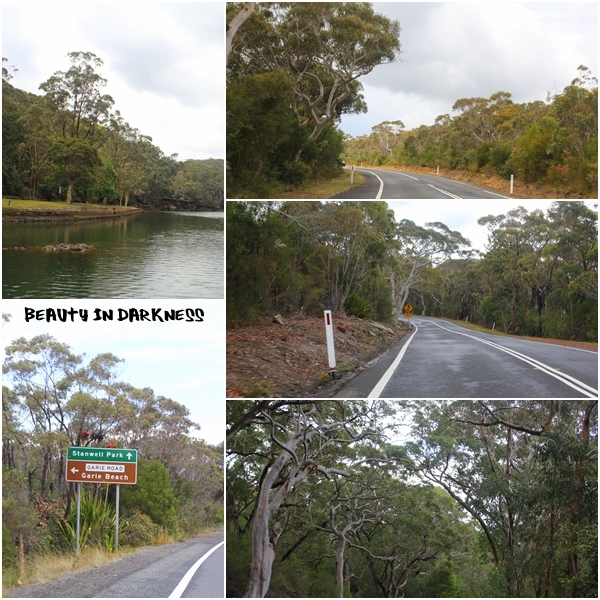 On and off, we experienced some drizzles. 44km, approximately 50 minutes, we arrived at the first pit stop, Otford Lookout. We parked the car by the hill top and started to jump up and down. The sky was blue, with group of whitey clouds, green grass, chilly wind, and wide ocean. 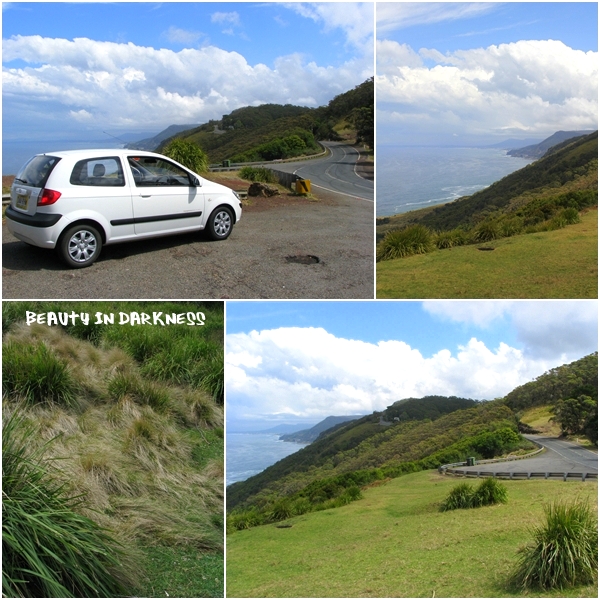 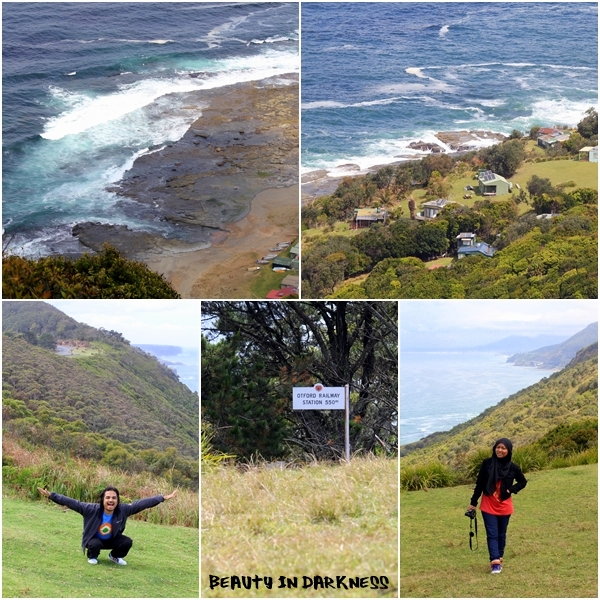 We locked the car doors and started to observe the surrounding. There was bunch of hikers, with huge bag packs, climbing up the lookout point. There was Coastal Walk signage as well, maybe, they came from that site. 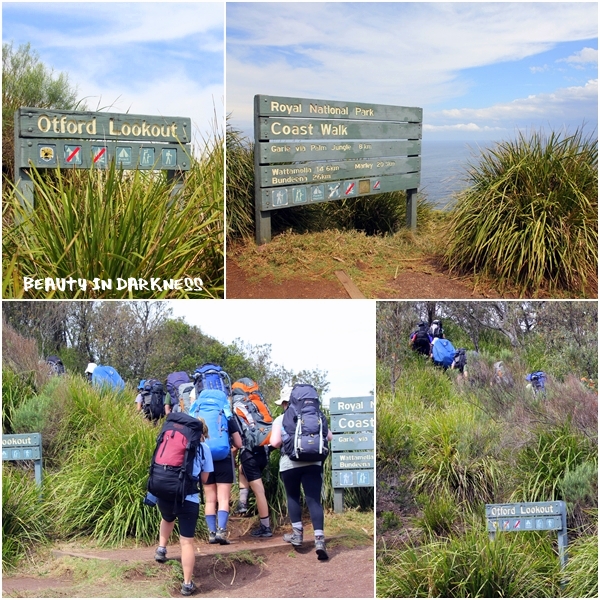 Having the hill on our own, we started to capture videos and pictures. We danced, we rolled, we laughed, and we had fun, like no one’s business. 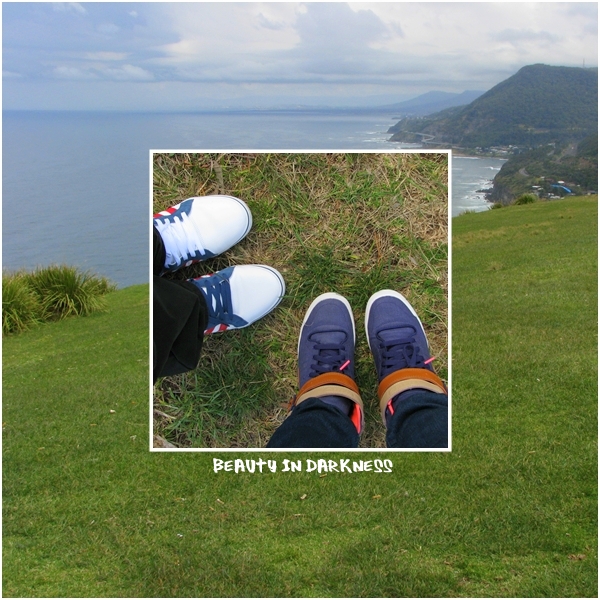 “Ayang, look there. The bridge that I really, really want to see. See the S-shape.” Hubby then pointed to me one huge bridge.

From that distance, I barely seen the bridge, not till I zoomed in my camera. 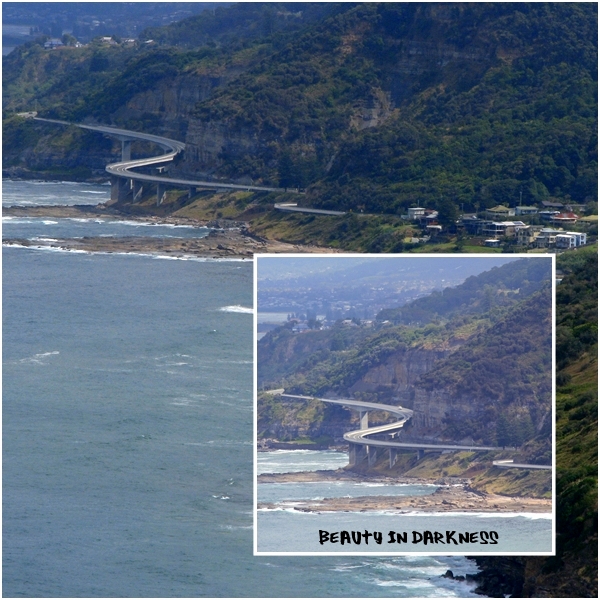 Located in Illawarra, right on the Lawrence Hargrave Drive, this bridge had cost the government, AUD52 million! But who cares, besides road for vehicles, it serves pedestrian and cycleway, with spectacular views. The story behind the bridge was quite interesting, where it was once, closed due to rock falls. Hence, the new bridge was built slightly further out the cliff, that allows viewers to see the curve of the Earth. 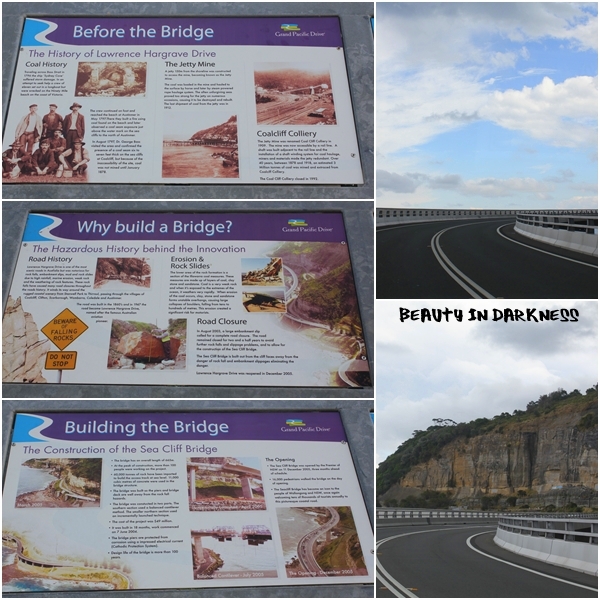 Note : You can stop at both, the beginning and the ending of the bridge, to enjoy the view of “The Coast With The Most”, and the world class surf beaches.

We drove further down the stretch and reached the Bald Hill. No, Bald Hill isn’t bald at all. This area is also under Stanwell Park, where cliff flight (paragliding) operation is happening. Anyhow, there are set of rules that the operators have to follow, and all stated clearly on the info board. 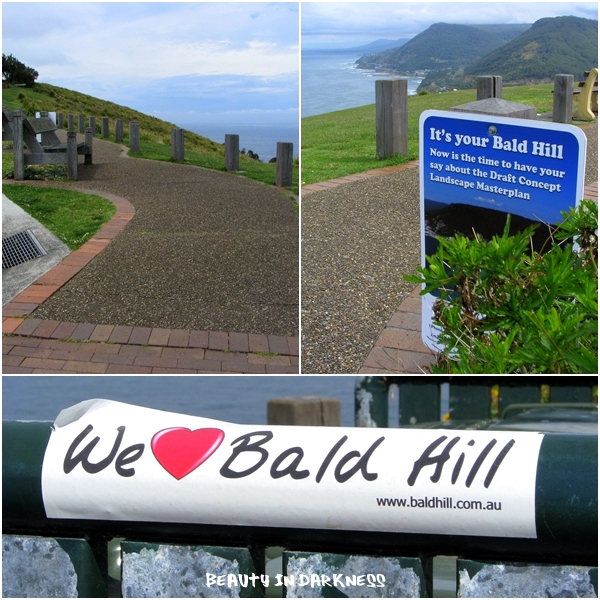 We thought of buying a cup of hot coffee at one of the mobile vendor, but looking at the price, hmmm, thanks but no thanks la kan. So we enjoyed the breathtaking scenery, squatting and jumping, with the presence of white seagulls and black crows. 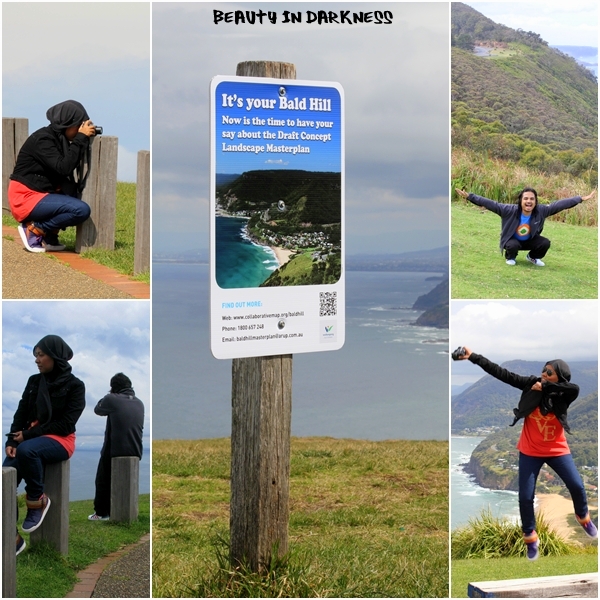 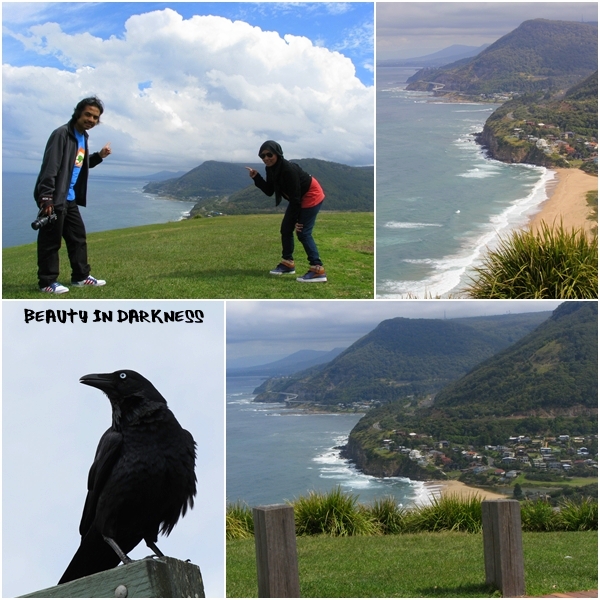 Not far from this site, there was Lawrence Hargrave Memorial, the aviation pioneer, who built and tested kite-design-aircraft. The Dream of Flight said “If any man deserves to fly, that man is Lawrence Hargrave.” So, those who fly today, you must bow to this man, for he has shown the world, how to fly. *with Allah’s help, for damn sure* 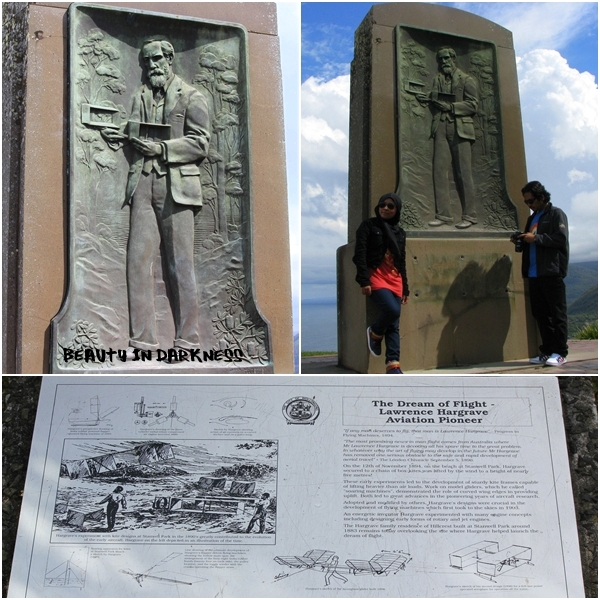 Our journey continues, driving on the award-winning Sea Cliff Bridge, heading to the Flagstaff Hill. We initially wanted to include in Cathedral Rock (volcanic rocks with mysterious formations) but due to time constraint, we took it out from the revised plan.

Note : Cathedral Rocks is a must place to visit, for these rocks are a photographer’s delight. 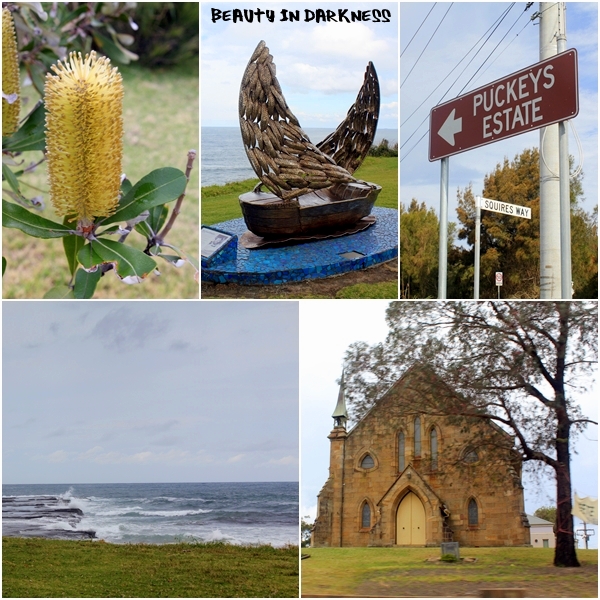 At Flagstaff Hill, the weather turned gloomy with minimal sunlight. We quickly drove into the parking area and parked our car. The Kiama Lighthouse can be clearly seen from far, but honestly, it cannot beat the lighthouse at Byron Bay, Gold Coast.

Flagstaff Hill, also known as Signal Hill, was once, military barracks in 1829 and a place that guided shipping settlers. Also seen, were 68 pounder cannons, to defense against possible threat of Russian attack. Penah meletup hokay! Overlooking manmade harbour, this lighthouse was built on Blowhole Point that can be seen in a range of 15 miles.

"Waitttt...lighthouse first." Hubby calmed me down. 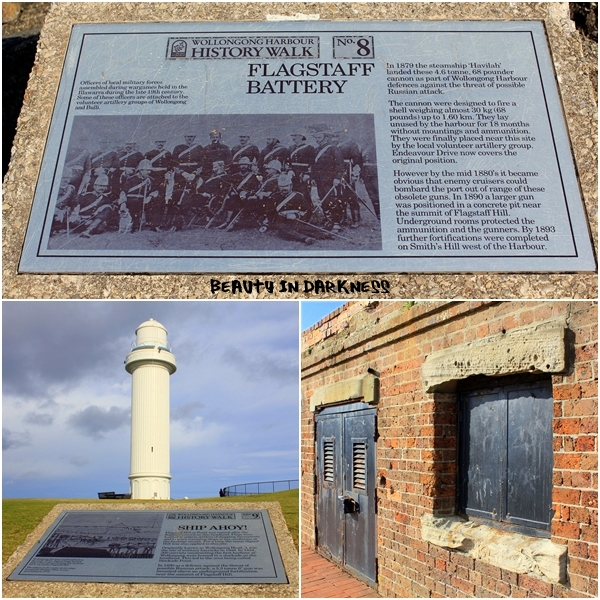 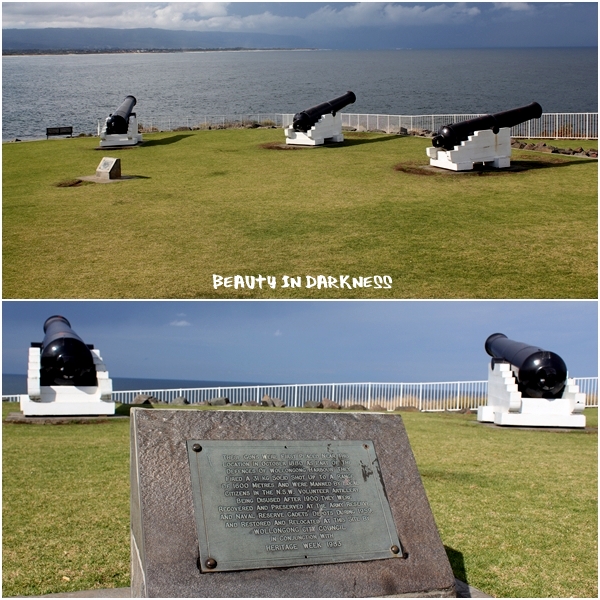 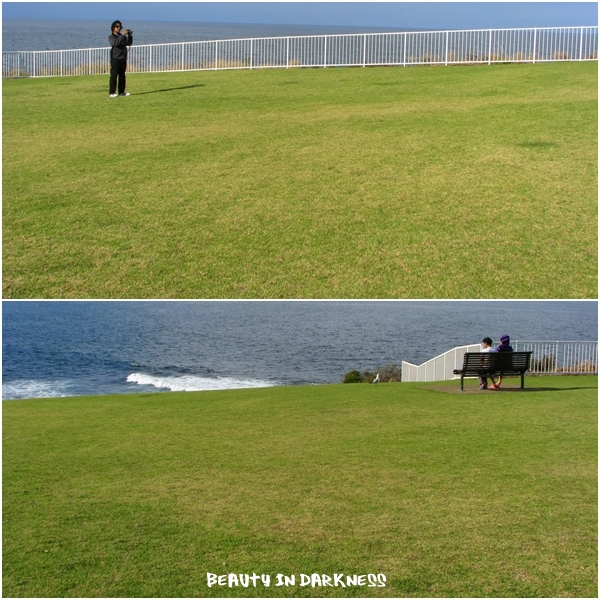 In strong windy and chilly weather, we continued video and picture capturing, before we chased away those whitey cutie seagulls of the ground, and headed to the car. 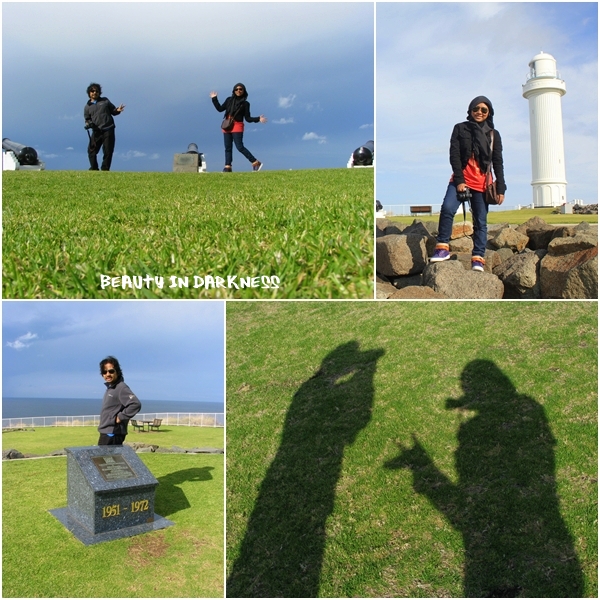 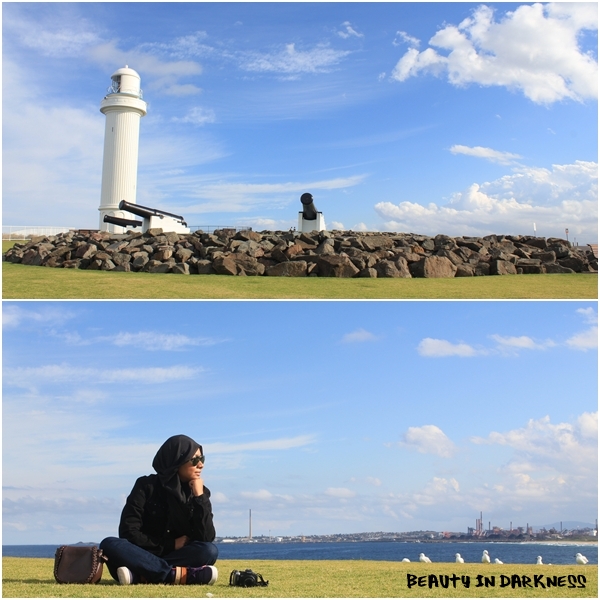 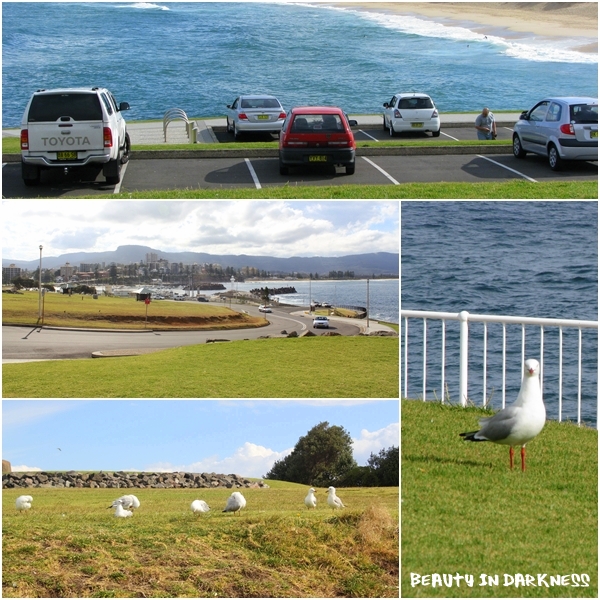 It was still noon and we had more places to visit. 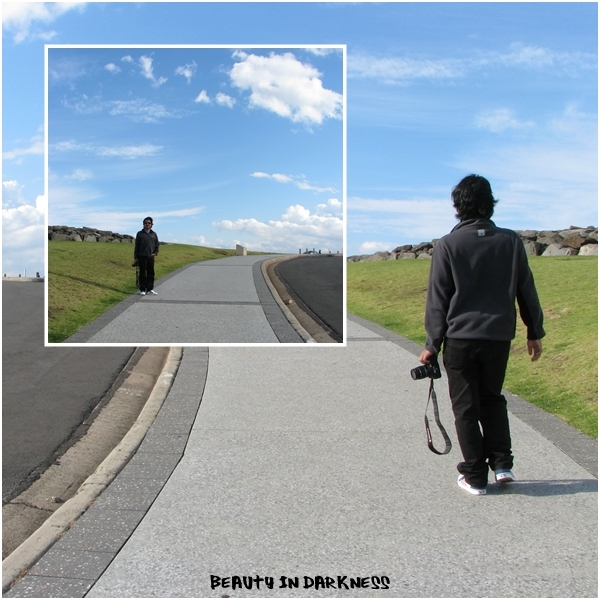 Unbuttoned by Biqque at 8:21 AM

p/s My hobby is to play the orang kuning in the google map. That's my answer when people asked me how I survived during my trip. Haha. Like u said, up to one's method kan.

I just like u, I always came up with a complete travel itinerary before leaving on a jet plane. I will tend to be more worry if going without no direction, no plan, and even with no budget. That's definitely not my travel style.

Sydney, bila lah can I go there and kiss you?

bibierr, glad that u loving it :) yeah, tak kisah if orang tu tak suka ada iti or ada iti, its all depends on someone's style :) like us, kitorang mmg tak roaming, so if ada internet free, ok la :)

diana, yup, feel safer and organized rite? its not that we cannot adhoc or change our iti there n then, if u pandai, sure can one...u shud go to sydney, buat explore the outer sides of it sekali ok? :) go diana! go diana!

ohsem~!! from your words, i can imagine how excited it is, to be in sydney~ :)

zette, we had to create the fun coz the next chapter shall be super sedih...hahaha!

You captured the destination amzaingly.. my husband was a photographer but now not anymore..dah lama x tgkp gambar during travelling only use iphone jek...bosan kan..

anyway i am currently doing a research tentang pengaruh blog terhadap keinginan melancong. if u dont mind need your help to answer the survey and embed the survey form to your blog. kindly give me your email so that i can briefly explain more about this..

emi, kitorang mmg suka amik gambar :) tapi takde la hebat...hehehe. ya i got ur msg at msgbox, and i did the research once kat kaki berangan's blog. i can help you to put in the survey, but i ni takde la ramai pembaca mcm kaki berangan tu huhuhuhu...

I always love your travel posts because you are very frank and not biased like those paid bloggers!

I hope I will convince myself to visit OZ as I told my wife that could be last in my list as it is a bit far and very little historical buildings to lure me. Your writing might change my mind, I am sure!

I think the long drive along the coastal roads reminds me of Penang Island but yours is much longer and impressive!

awwwww, twilight, that is the different between paid to travel and passion to travel :)

well, who gonna pay me anyway? u rich maaaa...hahaha!

go! go! go with your wife! :) luv reading ur blog too, coz i can relate the happiness that u have with ur wife, with what i have with my hubby :) lets keep traveling!

If your dont mind could you please provide me your email so that i can give you the survey link. I can be contacted at email add syarifahemi@me.com. I really need travel bloggers or travel writers or travel blog readers to answer this survey to ensure the quality results in the effort of promoting tourism destinations regardless local or international.

emi, email me at biqque@yahoo.com i'll try to help as much as i can :)

salam biqque..can i have contact person regarding to ETA

The car rental services are normally located close to the airports and in the central locations of the cities.
car rental gold coast airport