5 years of marriage, I held 4 times of Raya open house. 3 times were held back in 2008, 2009, and 2010 at my previous house, Casa Natura. I then, moved to Palmiera Cacatoos and skipped organizing it in 2011 due to house break in (no mood) but I gained back the spirit this year, and had a super blast gathering with #TravelholicAwesome, friends, and neighbors.
Like previous years, I created theme and lucky draw. This year, I forced every guest to wear "jubah", since the theme was "Untunglah Beraya ala Fadang Fasir". Clearly #TravelholicAwesome got "mandrem" by the idea and they came in fabulous attire. Except for Mr. President, who came in full set of buttoned-up "baju melayu" with "sampin". Well, he's special. Anyway, Byya won the "best dress", for she came in "jubah", complete with black eyeliner, dangling earrings, heels, and bangles! 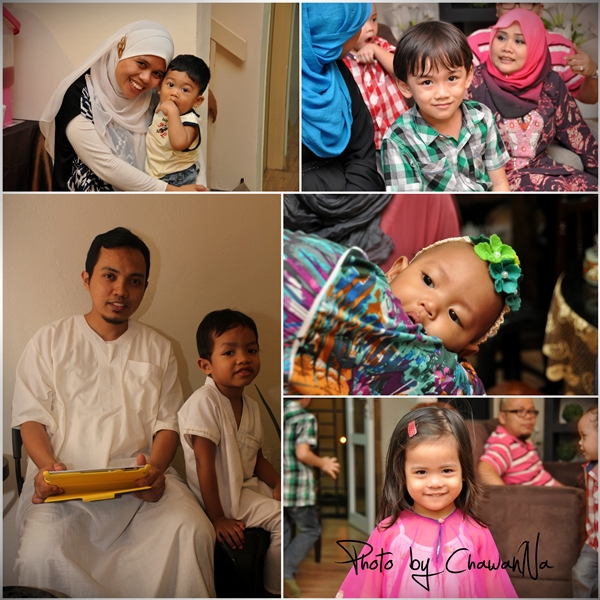 I usually ordered all foods but this year, I dipped in my two hands, preparing two dishes, "sambal sotong" and "sambal udang". Hubby did contribute his skill by mixing two type of drinks, ribena and soda. Accompanied by "nasi lemak", bread pudding, caramel, "roti jala", chicken curry, and jelly. (If you want to try Kak Eran's bread pudding, "roti jala", and muffin, feel free to drop me an email. I've ordered for the past 4 years.) On top of these foods, Chawanna being a sport by bringing her home-made chocolate cake, sprinkled with colorful love chips. IN A BOX! Yummeh! 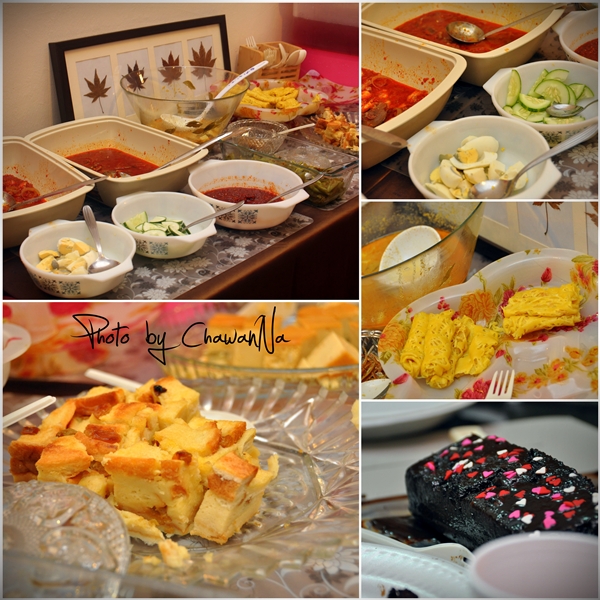 I summoned 50 guests and prepared food for 80 pax, but some of them didn't turn up due to own reasons. While some of my colleague who've clicked "going" in FB-invite showed no face, I know that 2 of #TravelholicAwesome had better excuses. Janggel still in Japan while Lily had "kuliah". And yet, Janggel got so lucky to win himself a luggage tag, in lucky draw session! Haha! 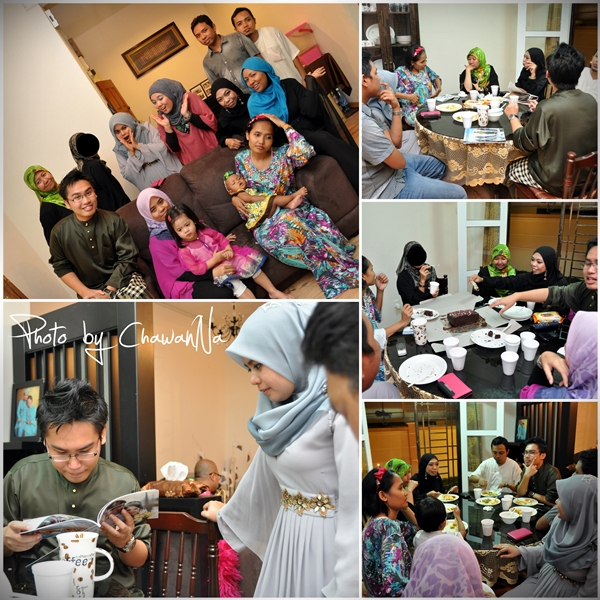 Right after all neighbors went back to their home, we had photo sessions by the garden lamp and rows of "pelita raya". The main highlight was the 10 years "paddle cactus", that has yet to receive another highlight of Palmiera Cacatoos, a palm tree. Ah, can't wait! 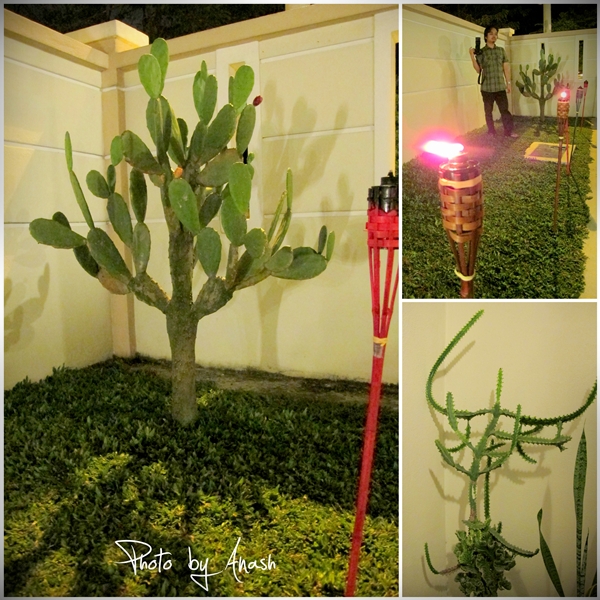 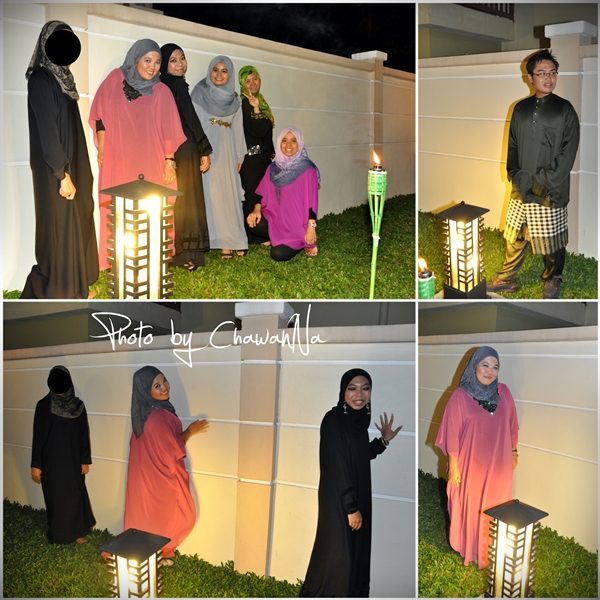 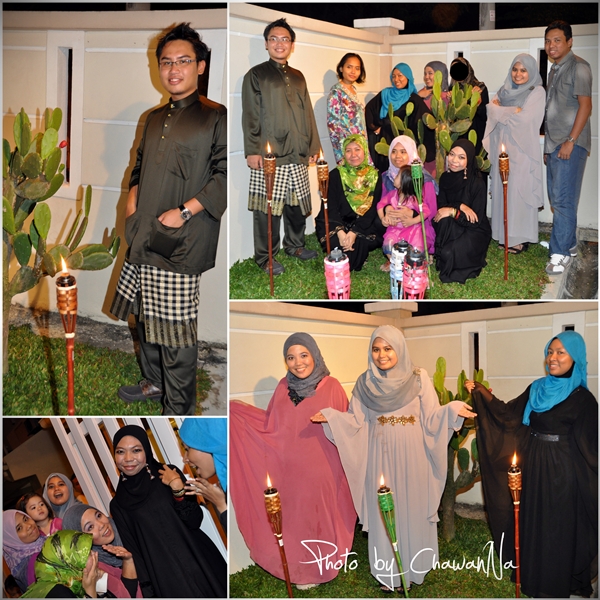 We then had a lucky draw session, where Chawan won himself a grand prize, Quick Basic Language of Spanish CDs for Traveler. (Aqilah was more than happy to grab the box from John and bragged it around the house.) John's name was picked as the second lucky person, a special book called 80 Places That You DON'T Want To Visit. Meanwhile, Kak Anash got herself a frame, Masnona and Janggel got each of them a luggage tag, and Hasrul and Byya got each of them a series of cute panda and sheep paper clips, with travel memo notes. 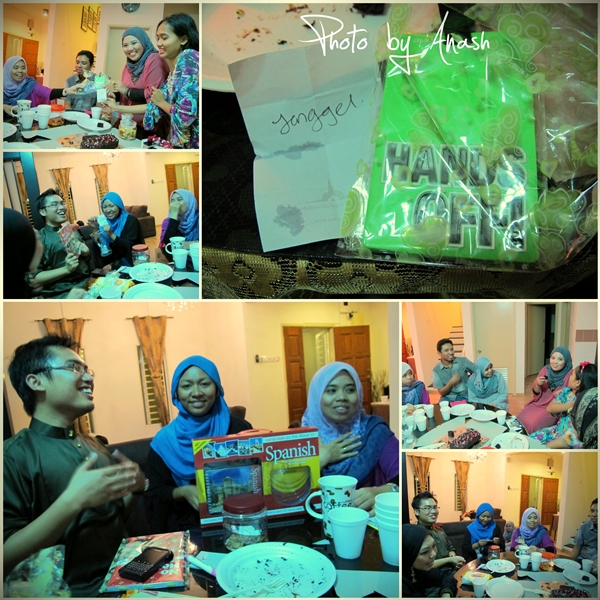 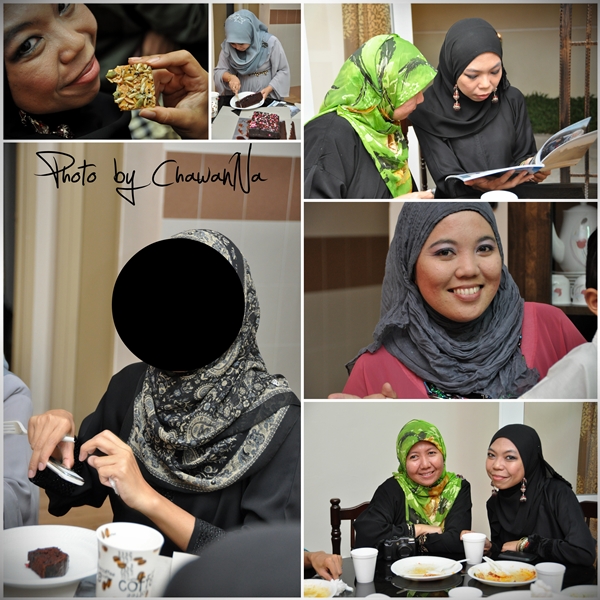 Trust me, Fatt is one beautiful girl with silky soft shiny face. I feel like marrying her!
(Only if I can remove the blanko!)
MasZuber and Dan Arif had to go back early (since they came early while I am not yet ready), while the rest, delayed their departure, from 3am to 5am to after "subuh" to breakfast! (Million thanks to Na who washed the dishes.) I AM SO LOVING THEM TO THE BONES! Why? Coz they didn't complaint at all, that they had a sleepover at my house, on the floor! I have two guest rooms, but they were nice enough to have a "jubah party" at the hall. Except, again, Mr. President who finally went up and slept on the bed. Son of a king, he said. Haha!
We had the same food for breakfast, and all of them went out from my crib, with a smiley face. Not only them, I guess, all guests had the same face, when they went back home last night. I do hope that we did good, in serving the food, entertaining the guest, decorating the scene, and wish that each and everyone who came, felt welcome and satisfied. 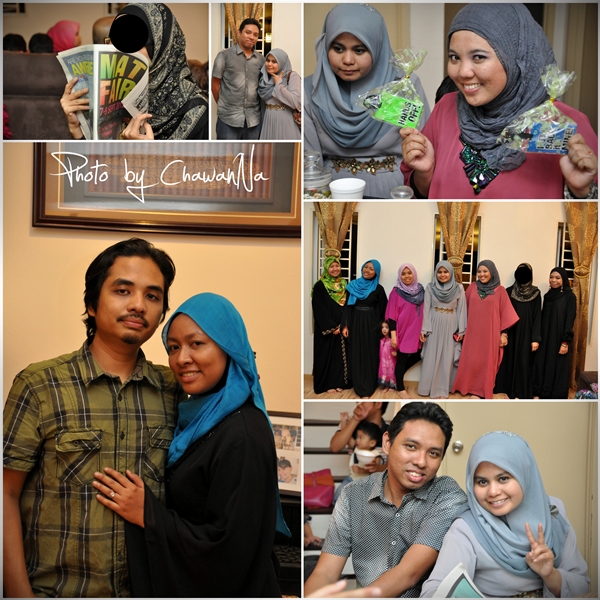 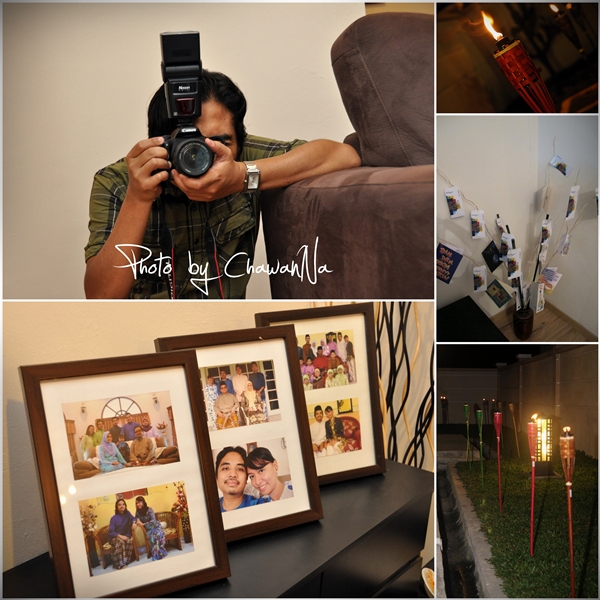 Next year? BRING IT ON, BABY!

P/S: Credits to Chawan and Anash for the pictures. Chawan has done a very superb job! Tx bro! (I remember once, he used to call me sis...hahaha!)

Unbuttoned by Biqque at 1:11 AM

This is about foods, friends, general

How come the guys (except for one) didn't wear any jubah? Kalau takde, boleh submit order... ;-)

hahah i guess person like me doesnt jive with jubah. haha

thank you so much to the host for the hospitality! i guess it doesnt matter for us even tho we met with each other frequently. ;)

raw, told u, if u were here, the golden globe will be yours!

john, neway, u looked good in anything hahaha!

owh arini ek? take care n miss us much ya?

"You can't see it but hell yeah you can feel it!"

glad that you guys had fun, sorry cldnt make it cos i missed the last round when we were in Redang, felt bad missing another kuliah.