NEXT - Read HERE for Hotspot #2


Hotspot #1 : Where Our Generous Host Live 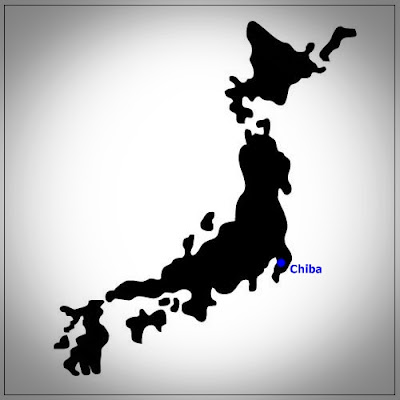 “Babe, can you bring me something from Malaysia? Some kind of sauce…”

“Oppss…we don’t check in luggage…anything else I can bring for you?”

“Ok then…2 packs of Old Town White Coffee Classic, 2 pieces of Double Cheese Burger…oh ya, 1 can of Kaya please…hehe!”

“Seriously? Lepas ke burger tu?” (Note that I have NEVER smuggled any food before except for serunding and instant foodies.)

That was our first conversation with my host in Japan, who willing to accept our stay at her house for 4 nights in Tokyo. She is one of my old friends, who just started her Master in Meiji University. She used to work with Fuji TV and hell yeah, she spoke Japanese VERY well. (Envy her!)

I fulfilled ALL her requests with fluttering chest, and thank god, we managed to pass the screening. It was drizzling at LCCT and we got boarded on time. While waiting for take off, I received 4 missed calls from international number, that I suspected, could be her.

I tried to call but didn’t manage to get thru. Later, I found that it was an unidentified internet number. So I decided to call her mobile number that she gave earlier.

“Biqque, is your flight delayed?”

I almost dropped the phone! “HUH?”

“Please call me once you’ve landed. I’ll pick you up at the bus station.”

And I thought that we just want to walk from Gyotoku Bus Station instead of troubling her. Plus, I have NEVER get my phone roaming while travelling oversea!

I quickly called Celcom and asked for roaming. I even forced the call center to do it there and then, and skip the verification process. The helpdesk finally activated the roaming service and told me that, INSYAALLAH, it will be ready in 2 hours.

“2 hours? The flight is about to take off and I have to switch off the phone!”

“Owh…it is not necessary for the phone to be in ON mode.”

We flew, ate, and prayed that everything will be ok. It WAS! Down below, we were extremely excited to see colorful neon all over the city. Lip lap lip lap like Vegas. 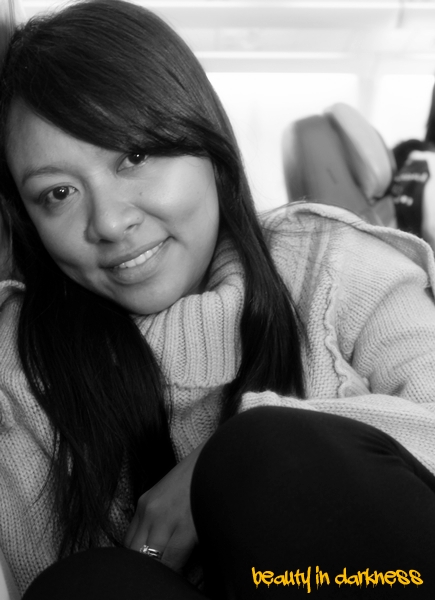 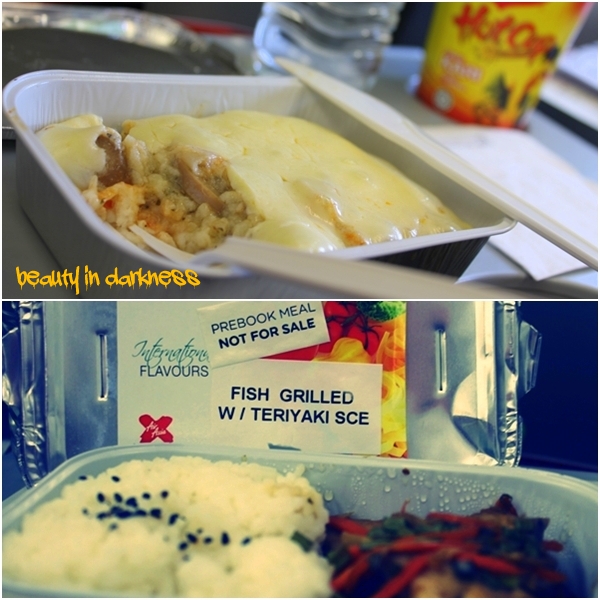 Once landed at Haneda International Airport, we quickly went through the immigration and were requested to fill up the address and answered few questions. (Thank god it was in English.) It was quite smooth, till we arrived at the “declare item” counter.

(Flashback.) Back in the flight, hubby advised me to declare the “nasi impit” and “serunding” since rice and meat are two of the MUST declare items in the form. Daripada teruk kena tangkap, baik declare jer. And so I did, tick the checkbox and played funny. 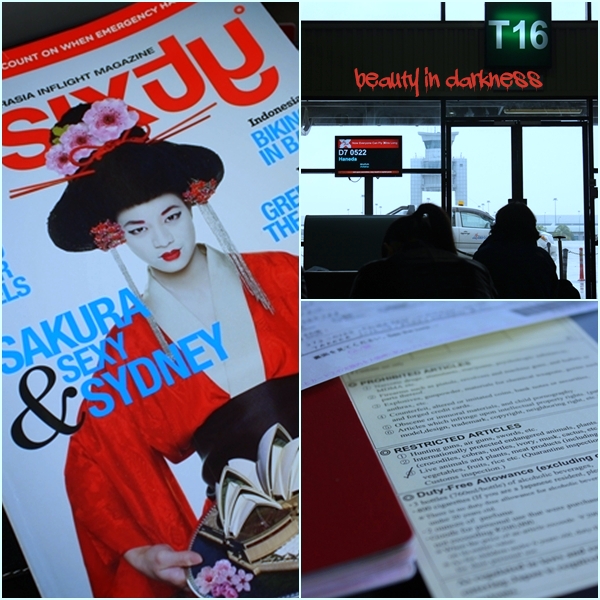 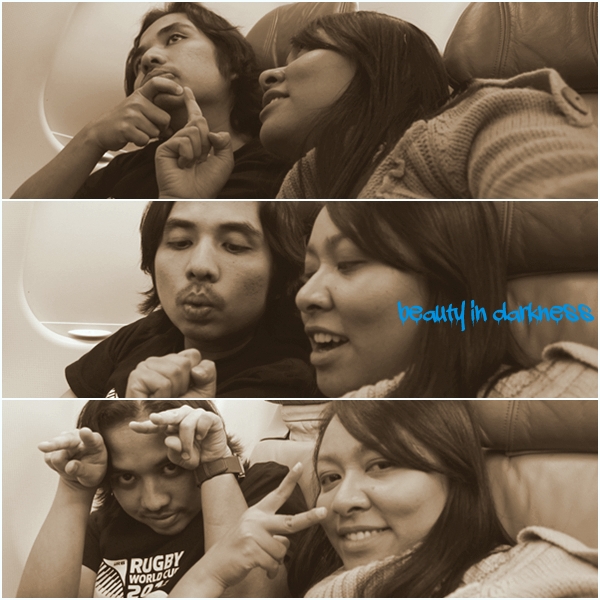 AND I thought I have made a WRONG move. I SHOULDN’T declare ANYTHING! Anyway, I handed over the form, with some sort of clueless face, hoping that the officer won’t throw away our supply.

“You tick here?” The officer was pointing to the checkbox.

“Do you understand English?”

“Do you understand English?”

(Looking at each other.)

“No tick.” He instructed us to change the declaration.

“Ahhhhhhhhh so desune…” I QUICKLY superstrike the “Yes” checkbox and changed it to “No.” (It was a smart move to rip off the Kaya labeling too.)

AND WE GOT RELEASED! HAHAHAHA! Selamat nasik impit aku!

Since we have prepared the thickest Tour Cookbook ever, we were well prepared to catch the very last bus to Gyotoku, or else, I don’t want to imagine. We ran to the ticket counter and asked for 2 tickets. We were told that the bus was about to depart so we had to run to the bus terminal, that was one floor down, to the other side of the road. Boleh?

WE RAN! And it was super cold outside…and what we saw were only cabs!

Though I didn’t understand Nihongo very well, I knew that we were not at the right place. We quickly ran back to the top floor and finally saw the signboard to bus terminal. Happened that Gyotoku bus stop was at no. 5, THE FURTHERST STOP!

“Ayang, do the drama that you plan to do!” Hubby reminded me on what I plan to do to stop the bus.

With 40 liter bagpack at the back and handbag sling on the side, I RAN AND SHOUTED!

The bus attendant was on microphone, calling the passengers in Nihongo. He saw me running towards him and SPOKE LOUDER!

Thank god we managed to catch the bus. It was a 45 minutes ride and we couldn't see anything from the windscreen. There were only 5 passengers and we were the final two who off boarded at the last stop. 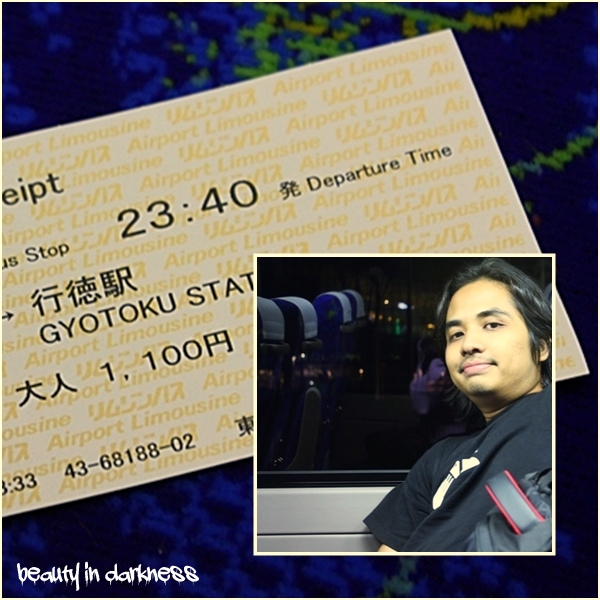 “CELAKA SEJUK!” I swear, it was extremely cold, not as per what we’ve expected! Like, come on! Hubby was wearing t-shirt while I was wearing legging! And it’s already Spring!

I tried to call her but there was no coverage. Celaka tul Celcom ni. So we decided to walk since we have prepared the map and direction. While wandering around finding the direction, we heard someone said “Nihon e yokoso!” In dimness, I saw two persons approaching.

“Ha sampai pun.” It was my host with her neighbor!

“Luckily you guys arrived on time. No phone, no sms, it was a good wild guess. See those scattered umbrella and bicycles? It was a disaster just now. Ribut kuat ok!”

We rode her neighbor’s ride and she showed us the path, from her house to the Metro Station. It was about 1.5km one way, 10 minutes on car-ride, means, 25 minutes on foot. So, we expected to walk in one BIG L-SHAPE, AT LEAST, 3km, 50 minutes (secara lemah longlai), a day.

"Ya...Chiba is a prefecture, and it's quite big. And you'll know that you are in Chiba when you cross the gulf." 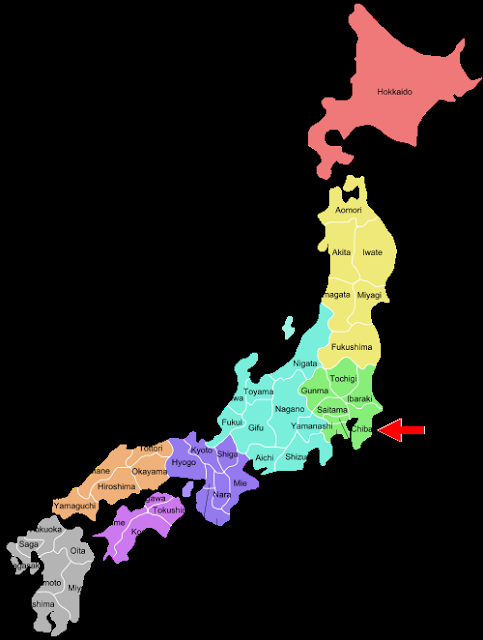 "I thought Myoden Station is nearer?"

"Regardless Gyotoku Station or Myoden Station on Toei Line, both are the same distance to my house. But Gyotoku is mentally nearer."

Her house was super nice and cute. 5 houses on the lower ground while 5 houses on the upper level. Just like rectangular cabins. Though it is built with bricks, the room door and window is fabricated with paper (ala macam rumah jepun tu la.) We occupied her entertainment room and didn’t manage to meet her hubby since he was under the weather. But I finally met Jhenna, her SUPER CUTE AND ADORABLE daughter! We chatted until 3pm before we finally dozed off…WITH minimal trembling paper-doors, due to strong wind.

mie, it wasn't due tu quake, just a quick storm that happened petang tu. and it wasn't everyday for the 9 days that we stayed there, alhamdulillah.

Tak ada gambar host rumah kau di Japan? I am so curious to look at their hour. Hehehe...

i tot of snapping pictures but so malu to do that :D

wow...u record ke our conversation on ur phone?!! sugoiiiiiiiiiiiiiii :) kitorang tunggu u guys next year..

syura, i always blog in detail to let my readers feel the experience :) and sharing what i spoke to you and what u have guided us, was AWESOME! tx for everything :) luv ya!