Unlike everyone, this is the second time I went to Matta Fair. (Don't laugh!) The reason being, we always travel on our own. Plus, too scared of being dissatisfied with the tour service, and even worst, being conned! Hahaha!

Anyhow, we were called to go this time, for we wanted to grab all info about New Zealand, and particularly Japan. We wanted to get as much info as we can, like map, guide, and tour itinerary. (Bijak, bijak.) 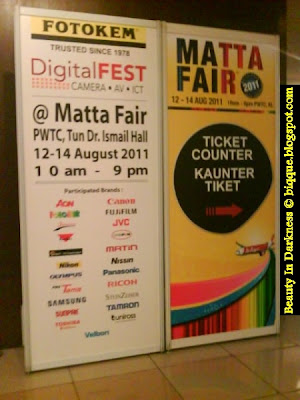 But before we entered the hall, we bumped into one expo that sell camera and its accessories. We saw people buying gadgets like crazy! RM30 for a fixed flash bouncer, murah meh? No, thanks. 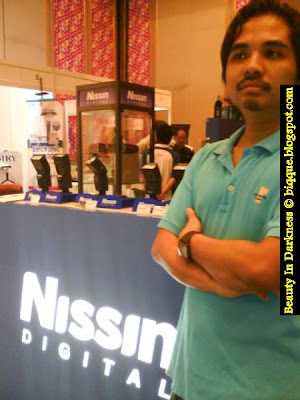 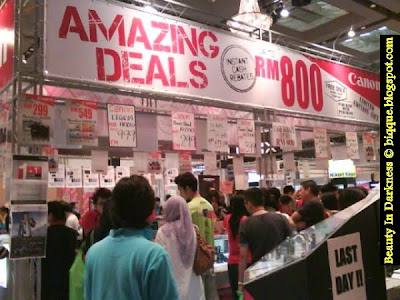 At one corner, we saw women and men grabbing coats and jackets. We looked up and it stated Winter Time. We quickly joined in the crowd and tested few jackets. RM90 for a winter coat, THAT was cheap! I was quite contemplated with two jackets, where both, cost me a bomb. Afraid of the weather not going to be as cold as what we think off, I settled with RM199 maroon trench coat. 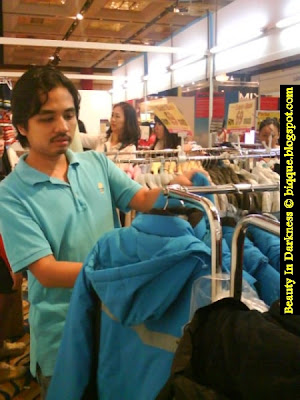 So we continued the day by entering the Matta Fair. Luckily, the queue wasn't that bad. At the lobby, Air Asia was showing off their premium seats, that I would never care to look at. (Dang!) 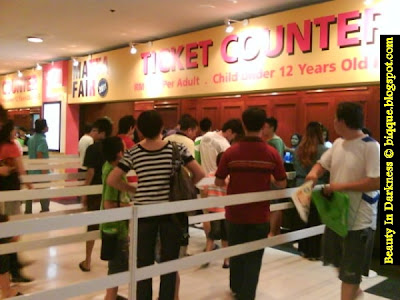 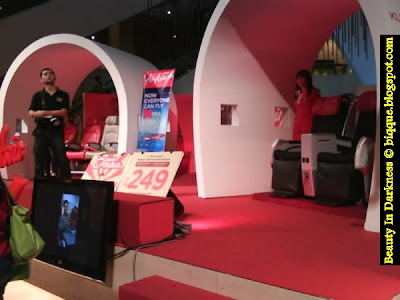 But I DO CARE to look at these fruits! Sabar je la... 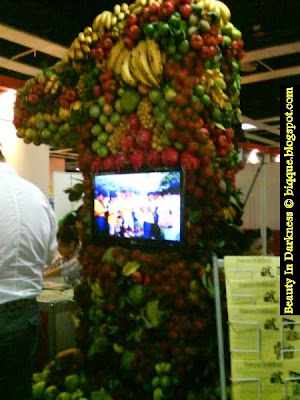 In Hall 2, we saw these two creatures, that I believed, from Avatar movie. And they were selling what......ticket to Mars? Hahaha! 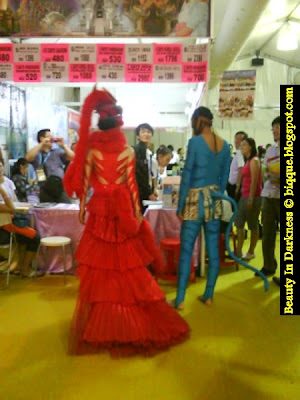 We walked to Hall 1 and started to look around. This hall has allocated those info counters that we wanted (no, planning) to go, like Europe and Turkey. 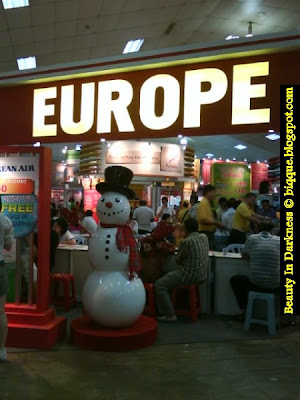 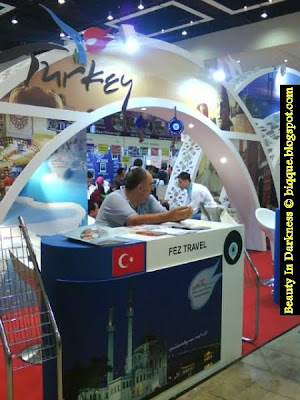 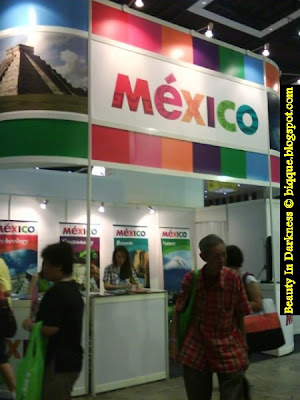 Ok, I might be dreaming too far. So, we went to see Taiwan and HK booths. Puas hati? 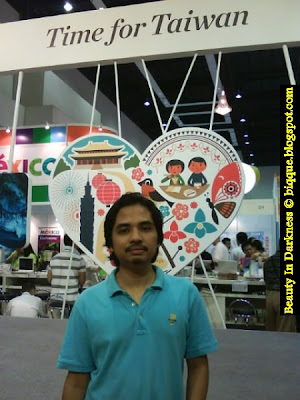 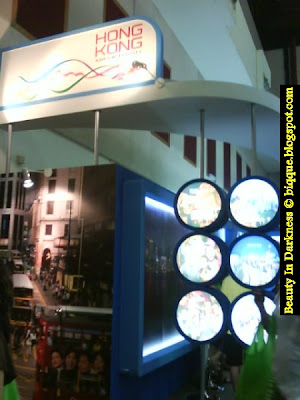 South Korea? Been there, done that. Only call us when we are allowed to go to North Korea ya? 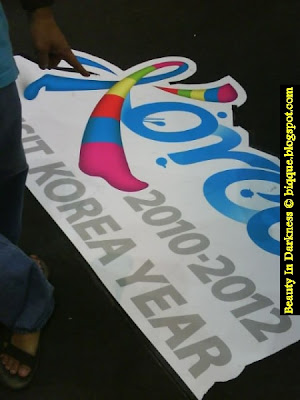 I tell you, we went crazy at Japan's booth, where we both, collected EVERY SINGLE pamphlets and brochures and maps, you name it, macam nak patah bahu! Hahaha! The Nihonji chick was so helpful though we hardly comprehended what she was saying. 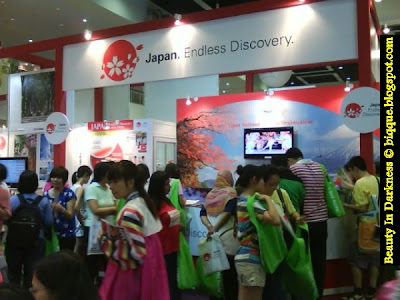 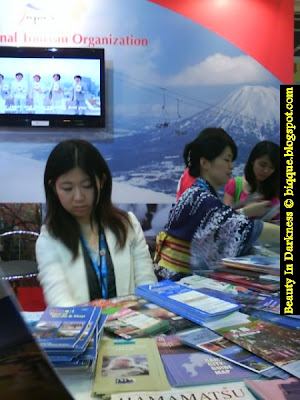 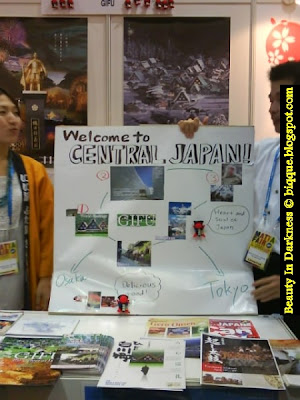 Since we were too fascinated with the booth and the exhibitors, I forced hubby to stand next to this. Hehehe! 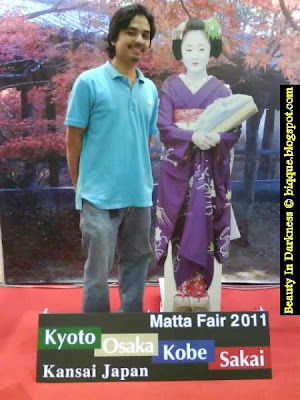 And the lost for that day? A pair of winter coat, lapar dan dahaga! 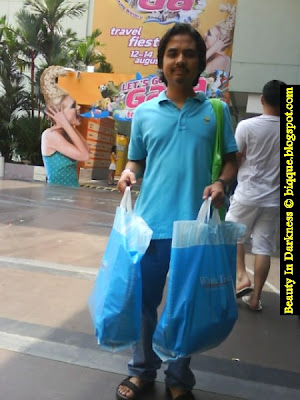 We DEFINITELY need to get the 7-day Japan Rail Pass by next Matta Fair!

I love Matta Fair! Feel like want shopping for every travel packages. Hahaha..

You should get JR Pass if you plan to go Osaka or Kyoto from Tokyo. Cheap, convenient and mostly avoid the hassle.

i go tokyo next year :D

diana, yup, i will purchase the JR pass soon...they said it valid for 3months of the purchase date, so i will get it next year :D