We went back to the hotel to check out and check in to another hotel. The reason why we changed the hotel was due to unavailability of the same room for 2 days.

“I saw the other hotel yesterday…just few buildings away from here…” Chawana said.

We took out our bags and walked down the hotel and headed to Daawat Hotel. We were right, the hotel was at most 100meters away from the first hotel. We checked in and guess what? Our rooms were at roof top! The only two rooms with its own compound and above these rooms, there were open space with table and stools that allow you to enjoy the great view of Taj Mahal. And the room was quite Mughal era. Hehe. 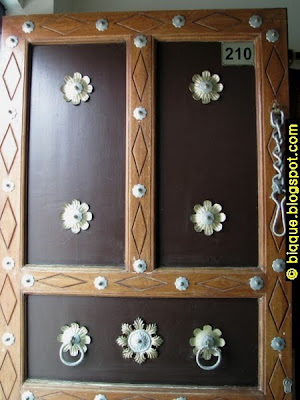 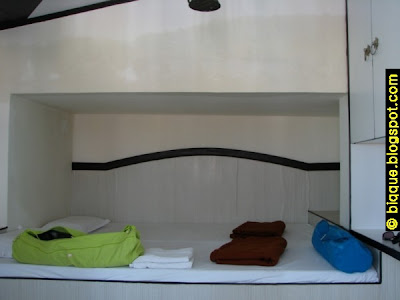 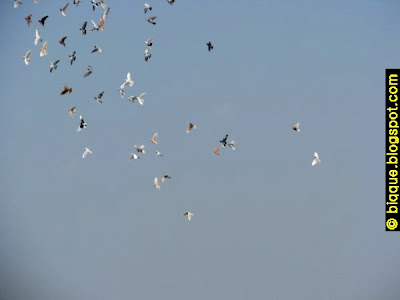 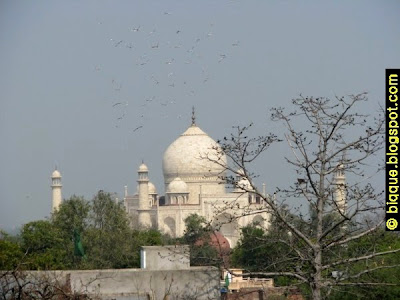 Tips : This hotel is a so-so to stay.

We had a break for a while before we continued our journey. I called the hotel reception and asked how much it will cost for a rented car, to go to Fatehpur Sikri. We know that the place is far and the journey will take around 3hours, so the fare won’t be as cheap as those places that we went via tuk-tuk. And we know that the previous cab driver charge us for Rp800=RM56.00.

We rejected the offer and asked them to help us to call the previous cab driver. They “looked” refused but they still dialed the number. Hubby talked to the cab driver and he came 30 minutes later.

Tips : Try to negotiate with few cab drivers when you arrive in Agra. Make comparison and trip to Fatehpur Sikri should be less than Rp1000=RM70.

Chawana came down and Aqilah was in the middle of finding her own sweet position to take a nap. I carried Aqilah back and forth while singing nursery rhymes to her face and she kind off enjoying it. During our trip in India, Aqilah was attacked by running nose and watery eyes. Must be the dirty air. So while putting her to sleep, I also managed to swipe her mucus away WITHOUT any objection from Aqilah. Hehehe! Aqilah must have love Auntie Biq aite, mummy?

She finally slept in my arms, on my lap. Aww…

And so the cab has arrived. We got in and enjoyed the trip. Getting out of town, approaching outskirt areas gave different scenes. Green fields and…traffic jam? 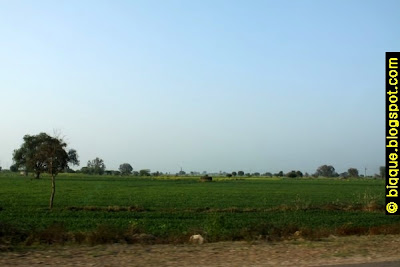 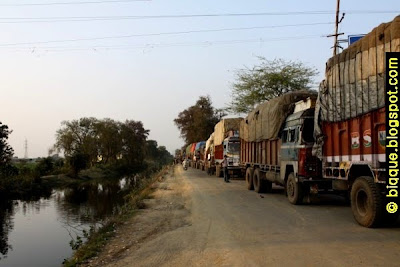 The cab driver then drove aside and the car was a bit slanting to the drain!

“Ya Allah! Eeeeeeeeeeeeeiiiiii!” We shouted!

But the car was back on the road. And stop. Before us, there was a major intersection with no traffic lights. The traffic was SUPER BAD. All cars stuck at the middle, regardless from any direction they came from. On the left side, there was a long line of trucks. Same goes to the right side. I looked at the signboard, these roads head to Delhi and Jaipur. 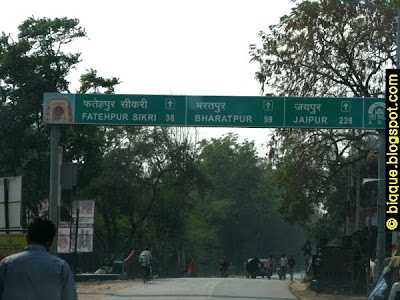 Few drivers came out from their cars and tried to direct other cars to give ways. Luckily, they opened a way from our side, and our cab driver quickly started the engine and drove through. We finally escape from the chaos and reached Fatehpur Sikri two hours later. 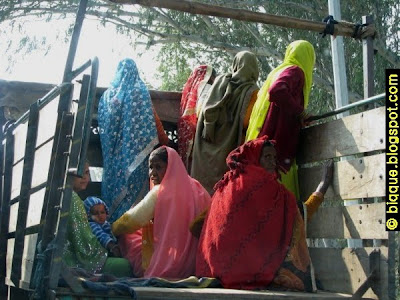 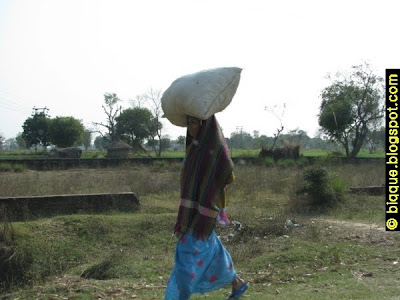 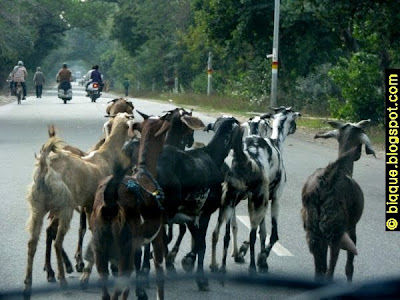 40km distance, 6 lives in a small car without A/C, do your own imagination.

We stopped at one car park and the cab driver told us, he can’t drive us to the entrance. Those petrol-consumed transports are not allowed in there. We were opted for tuk-tuk or rickshaw or walk.

Tips : If you are adventure enough, you may try to walk. But based on my judgment, it is not a walking distance. So tuk-tuk is a best transport to choose.

“Hmmm…this is how they make money huh…”

We decided to rent a tuk-tuk and paid Rp50=RM3.50 for a return trip. The tuk-tuk then stopped us at the entrance and gave us his mobile number. We then need to walk another 100meters of downy road towards the great monument. Along this 10minutes walking, we saw locals fascinatingly looking at us, especially Aqilah. We saw none of foreigners at this place. 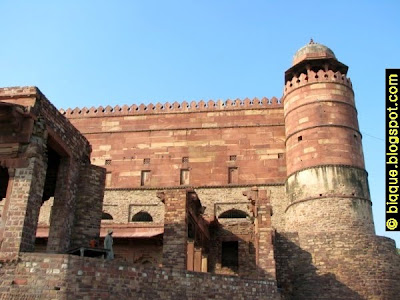 “WOW! SO HUGE AND BEAUTIFUL!” 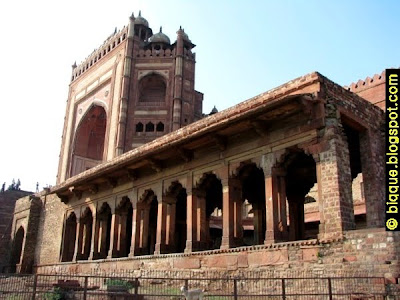 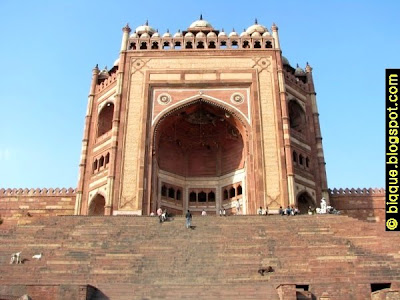 “How to get up there?” We looked around, no other route to go up there except for the steep stairs in front of us.

We walked up the redstone stairs towards the huge and tall gateway, Buland Darwaza. I started to have a thought, those people during that era must be giants until they had to build this super enormous gateway. Hmm. Maybe it wasn’t the height…it could be the pride. 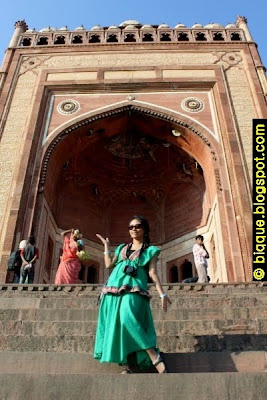 Beneath the dome, there were bee hives sticking on the ceiling. On the floor, locals were selling souvenirs and fruits. Goats and dogs were everywhere and I found it so fun and funny to see the shoe keeper tried to shove the goat away from him, for quite many tries. Hahaha! 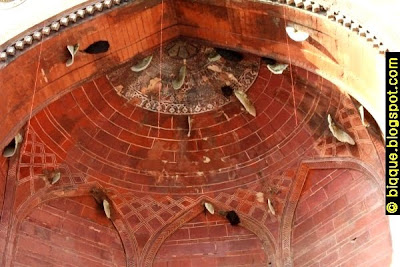 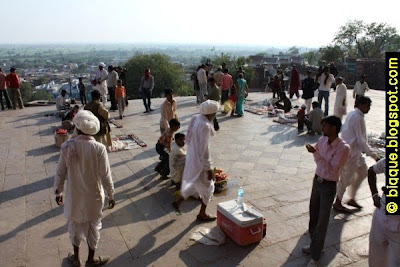 We took off our shoes and walked into the compound.

This compound consists of Salim Chishti’s Dargah, Nawab’s Tomb, Badshahi Darwaza, and Jama’ Masjid (mosque). While walking around this area, we heard a group of men singing a Qawwali song in front of the white marble shrine. 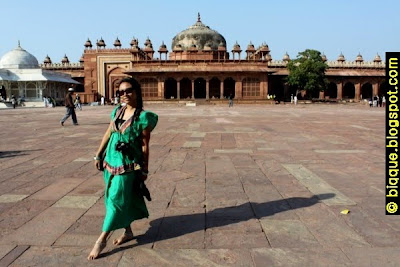 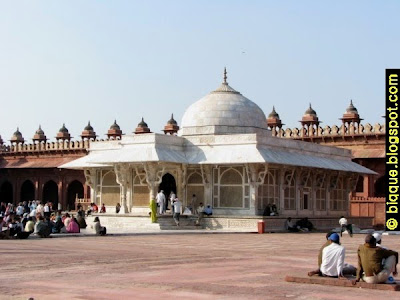 We just walked around and didn’t enter any of these places. There were tombs scattered in front of the Nawab’s Tomb and I didn’t bother to find out who were these late people. While walking, there were school kids and locals who enjoyed the same scenery as us and some of them sat around the green filthy pool in front of the Salim Chishti’s Dargah, paying some respect to the unknown holy man. 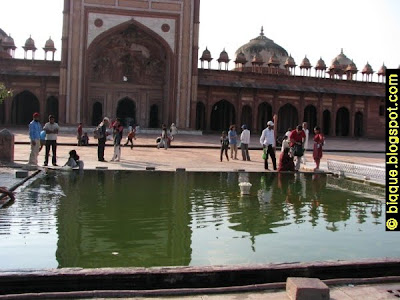 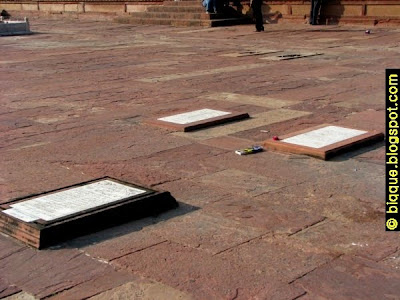 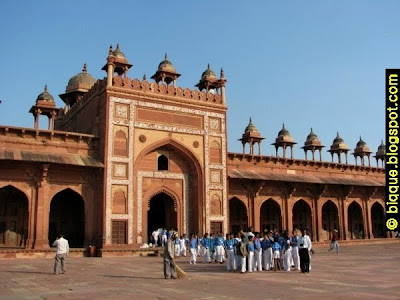 I then saw Chawana talked to one small boy in white shirt, probably 7-8years old. Hubby and I approached Chawana and said, “Why?” 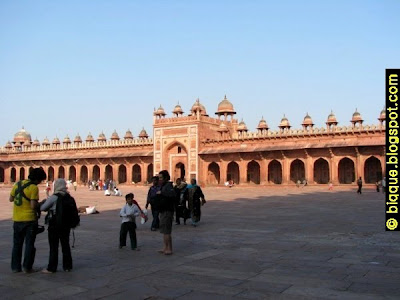 “No…this boy is clever you know…he has 20 Malaysian cents, don’t know who gave him that, and want to exchange with us in Rupees.” Chawana explained eagerly.

We continued talking to this boy and played some barter system with him. We told him that we will give him Rp2 for that 20cents and guess what, without any hesitation, he said no, no, no. Hahaha! See, he knew the exchange rate!

“So, are we going to the Palace?” We contemplated.

“Hmmm…dunno where and maybe it looks the same…” Still contemplated.

We decided not to proceed with the palace and walked out from the compound, leaving this homeless behind. 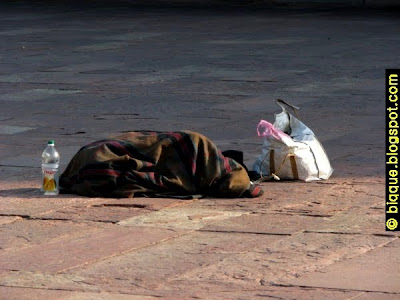 We walked down the stairs and met two kids who didn’t stop selling bracelets and anklets to us, not even a minute. They ushered us along the downy road and begged us to buy from them.

“I have no money left…only hair…can I pay with my hair?” I joked around.

He just smiled and kept asking me to buy one…actually, ALL. Despite the fact that he kept on selling it, I kept on rejecting it, until he finally handed me one anklet, FOR FREE!

Tips : Beware. Judge wisely. Street kids MIGHT be purely honest or vice versa. I did receive free bracelet from a very cute kid in Cambodia, but in India, too good to be true.

I handed back the anklet to the boy but he insisted me to have it. I still handed back coz WHO KNOWS, at the end of the road, he might ask money from me or accuse me for not paying. So, I need to avoid that complication.

We couldn’t find our tuk-tuk driver, so we stood by the police officers who were on duty at the entrance. Once in a while we saw tourist bus that charge Rp5=RM0.35 per trip from the car park to the monument. Hmmm…why didn’t we notice it before…

It was already half an hour and our tuk-tuk still missing. We asked for help and one local teenager helped us to call that tuk-tuk driver. In 10 minutes, he came and fetched us back to the car park.

We headed back to Agra town and asked the cab driver to drop us at our official India-trip-dining-place, Pizza Hut. 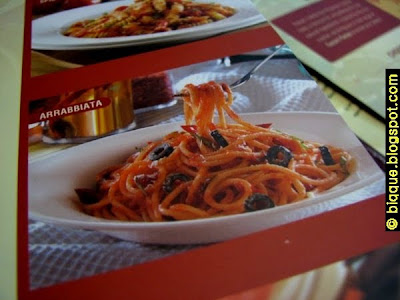 We took the same dish, arrabbiata spaghetti and pizza, and walked back to hotel, to enjoy the moonlight…with some interference by monkeys that attempted to break into Chawana’s room! Scary ok! 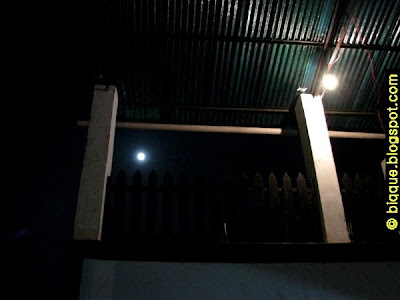 This is about travel n vacation, travel-india-agra

Awesome view from the hotel :) I wish I can go to India one day...

beware, hotels in india seldom change their bedsheets and blankets. watch closely when they do housekeeping.

exactly...we got our blanket changed there n then...he was about to fold it back and let us use the used blanket!

Discover great updates recommended and reviewed by the community from tech related to lifestyle and traveling at Kendra Bing.

Also, grab the opportunity to promote your blog postings at http://kendrabing.com for FREE while being discovered by whole lot of other like-minded people. On top of that, any of your interesting posting will stay longer on the frontpage thus achieving better audience in the long run.

Kendra Bing is the perfect portal for the right source and inspiration for your next blog posting with its massive influx of the freshest and juiciest writing materials.

Taj Mahal is the most famous heritage monument and included seven wonders of the world if you want to visit taj mahal than Same day Agra Tour by car is the budget tour with lot of adventure. There is a very famous Travel Agency in Delhi India by the name of Ghum India Ghum they have all current and latest information about different destinations.

Your blog is very informative and to the point. Being a traveller blogger i find you have very good writing sense due to which you explain details about any destination perfectly, Your blog is like books of Lonely planet for various destination. Keep it up your meaningful writing.
I recently returned from an Amazing Indian Golden Triangle tour which was arranged by Ghum India Ghum, travel agent in Delhi, you can tie up with them if you want.

Your blog is very informative, meaningful and to the point. Being a traveller blogger i find you have a very good writing sense due to which you explain details about many destination perfectly, Your blog is like books of Lonely planet for various travel destination. If someone required destination information your blog is enough instead of searching anywhere. Keep it up your meaningful blog writing. I recently returned from an Amazing Indian Golden Triangle tour Package which was arranged by Ghum India Ghum, travel agent in Delhi, you can tie up with them if you want.
tour operator in Delhi
travel Agents in Delhi