We reached Agra Cantt Train Station at 11.40am.

Tips : Agra has two train station. Do not confuse between Agra Cantoment a.k.a Agra Cantt with Agra Fort. Shatabdi Express from New Delhi will pass by Agra Cantt, not Agra Fort.

Once we stepped down the train, strong ammonia smell has invaded our nose. Smelled like hundreds of people had urinated the train station this morning! We had no idea where to go, whether to the left or to the right. We just followed the flow to the left and there we saw the exit. 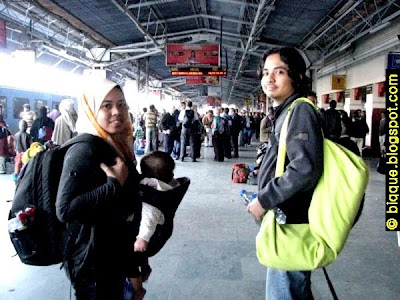 Right after we walked out from the station, THOUSANDS *exaggeration* of locals came to approach us for taxi, tuk-tuk. Not only for transport, even they asked for your water bottles. Two small kids in torn and dirty clothes were begging me for my drinking water and one of them even tried to touch it repetitively.

I was stunned…I wasn’t sure of this situation…should I be sorry for them or should I be angry…coz I still need the water to drink! Hahaha!

Chawana started to had a tiny panic-attacked when some of the locals tried to get close to Aqilah. Another uncertain situation…whether they really like to see baby, or fancy for fairer baby, we didn’t know. It doesn’t matter if they just adore her, but we just afraid that they will spread some virus to this little cutie pie. So to minimize the curiosity of the locals, Chawana had to cover Aqilah in a blanket, exactly like what MJ (Michael Jackson) did to his child, Blanket. And I decided to call Aqilah, Blanket, on that day.

Tips : Please watch out your things. Attempt of snatching is high coz getting a clean drinking water is a temptation that locals can’t resist. Oh ya, baby too. Hehe!

The distance between the station and the taxi booth was not far. It was located right in front of the train station, like 20 steps away. But being surrounded by locals, who kept on persuading you to take their ride, was quite scary but fun.

We decided to hike the famous Ambassador taxi since we didn’t have a chance to drive on our own. Why taxi? Coz we had luggage, plus, we still new to the country, so we have no choice except to try, and learn from mistake. I tried to listen carefully to the taxi drivers (due to the Hinglish slang and they were all around me, haggling) and I was offered with AC car and non-AC car, but since the weather was quite chilly, I was thinking that we will not face any issue renting a non-AC car.

The driver then loaded our bags into the trunk. While loading, one of the kids who being begging around us, tried his final luck by asking for my drinking water. I really can’t help but ignoring him. The cab driver saw him and he quickly chased away the kid. I was having a mix feeling at that moment coz that’s what they do for living.

Tips : Yes, you will think that you are sooooooo heartless, inhumanity, snobbish, by ignoring the poor, but giving to one beggar LEADS to another beggars. So calm down and say to yourself, that you are not supporting the “plead” act. Their government NEEDS to upgrade their own people. 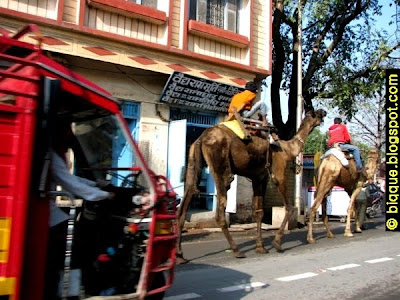 It was true enough, the taxi just made a few turns and there not for long, we reached the Hotel Rajrani Residency. There goes our Rp220=RM15. It was supposed to be cheaper than that! (You guys might be thinking, we were so cheapskate for a cab but that’s how we travel. Fun and cheap! Hehe!) 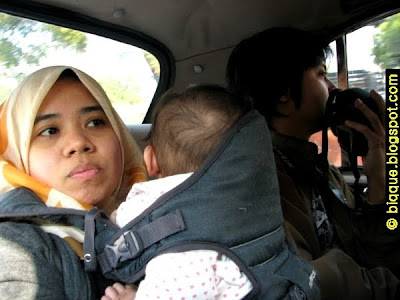 The driver then kept on persuading us to hire him for the whole day. He suggested us few places but we still didn’t make up our mind (where else, we already had in our Tour Cookbook!) Hubby told him that we will call him IF we want his service, but he insisted to wait until we checked-in. As you like la driver… 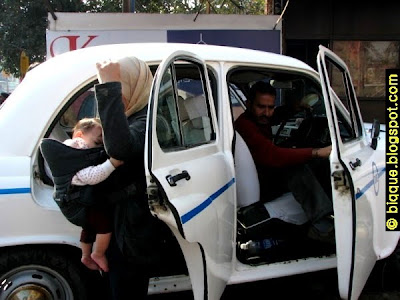 The hotel was quite manual in registration. Oh ya, ALL HOTELS, I repeat, ALL HOTELS will require every each of the hoteliers to fill up the police report. (Don’t ask me, I don’t know for what.) 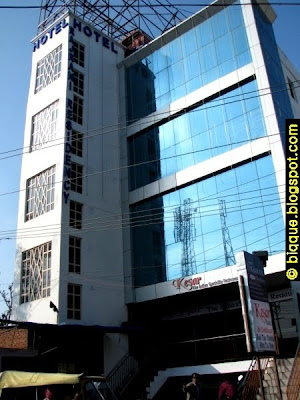 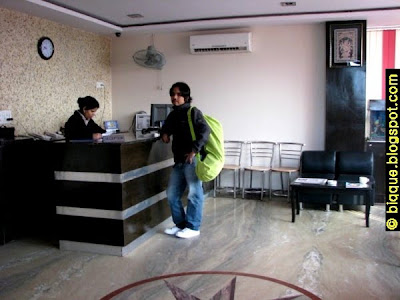 Tips : Give them some extra work. Ask them to fill up for you. You just sign.

This hotel has elevator but you still have to hike two and half floors to reach the reception. So, not a baby and luggage friendly though. And all steps are made from marble, so you clearly know that you are in Agra and Taj is just around the corner.

Well, we paid some extra amount to get a Taj view room. In fact, the most expensive room throughout the trip! What we saw in the internet was what we get. The same bedsheet, the same curtain, and the same..... 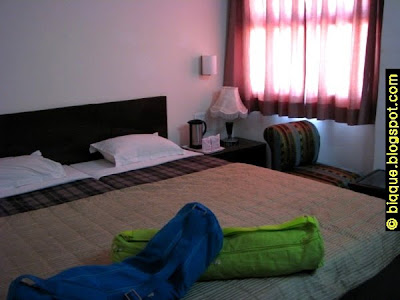 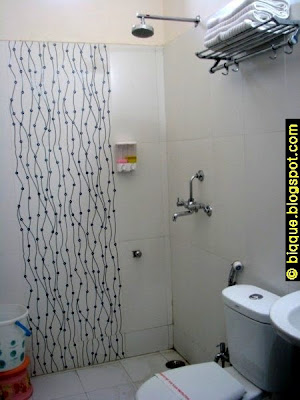 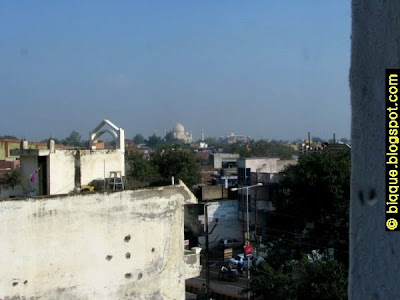 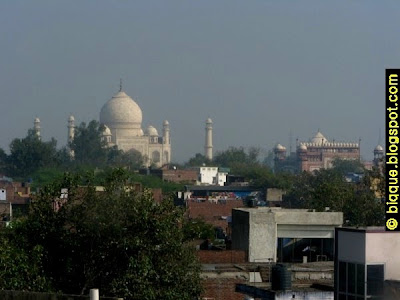 We sat on the bed and unconsciously, we felt asleep!

This is about travel n vacation, travel-india-agra