As early as 6.00am, we reached Putrajaya and hopped on ERL to Salak Tinggi for a shuttle to LCCT. This time, we fully used the public transport that government has provided us, to set a benchmark of our public transport, to be compared with what the Chinese has, later. 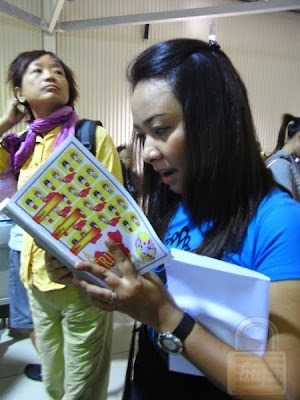 Got ourselves checked-in a luggage for RM40 (dang, no more free luggage below 15kg) and waited to be boarded. Having pre-purchased seats on Airbus A330, both next to the window, gave us an extra seat and space. Thank God, it wasn’t a full flight. 6 hours of journey, wasn’t too bad for a nice take off, pre-ordered breakfast, sleeping, and landing.

“Hi everyone, welcome on board. I’m Captain Idontrememberthename with air crews blablabla. We are now landing at Tianjin Binhai International Airport blablabla and the temperature is 35degrees blabla…” 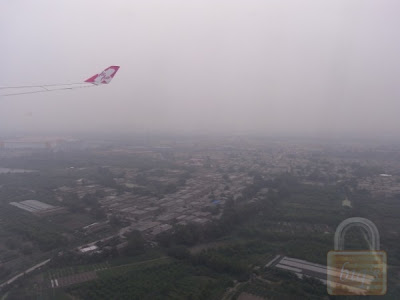 Yes, it was summer in July and it was good enough to have 35degrees, where last month the temperature hit 40degrees! Fine, I’m ok with heat and sun, but HAZE, that’s too much! What will happen to all my pictures? All-day misty and foggy? Hish!

We landed safely and waiting to get off board.

“Now, how are we going to get to the bullet train? We speak no Mandarin. And the worst part, we don’t have it written in Chinese.” I questioned. Off all the hard work for “Buku Hikmat”, we overlooked this?

Then I heard one Chinese guy conversed in Bahasa with one of the crews. Owh, that guy must be Malaysian. How about…

“Sorry, do you know how to go to the railway station from here?”

“Owh ok, ok, ikut saya…I’ll show you…” a very nice guy named Gary Loo, who is currently attached with his company’s branch at Beijing, for more than a year.

We took our luggage and suddenly, “You guys nak pegi Beijing ke?” a woman with her mother, who addressed herself as a UKM lecturer, also a PHD student, who has a conference at one of the universities in Beijing. A new friendship now crafted, and here we go, one Chinese guy who accidentally became a “bidan terjun”, directing and guiding 4 Malays, to Beijing, China. Haha!

Dissimilar to KLIA and similar to other SEA’s airport, Tianjin Binhai Airport also has illegitimate cab/taxi, outside the arrival hall. Gary then, advised us to ONLY hire a legitimate cab/taxi in China, as the meter is properly installed, working and trusty. We hopped into two turquoise and white cabs and headed to Tianjin-Beijing Intercity Railway, which Gary has asked the woman driver to bring us to. (In Mandarin, Jīng-Jīn chéngjì tiělù). 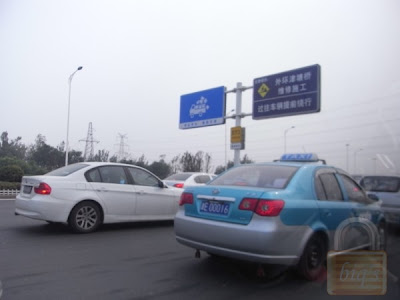 After half an hour of fun reminder billboards (no sleeping drive, no drinking drive, no overloading drive) and less traffic jam, we arrived at the basement of the railway station. Gary was too kind enough to pay for our cab rental that cost us RMB69=RM30 (always bear in mind that Yuan Renminbi a.k.a RMB is almost half Ringgit a.k.a RM, so when I gave you the price in RMB, do convert brilliantly ya!). Too bad, Nora and her mother have to pay on their own. Hehe! She can claim what…

We took one steep-almost-vertical escalator to the ground floor that illustrated how deep the excavation work was during the making. There was a very big open space (argh I hate haze! Why! Why!). Skyscrapers, parks, locals were everywhere. They were loitering around, not sure what they were doing or waiting for, at the level. We spotted few locals who seemed like homeless with their bags, paper boxes, un-pants kids and packed foods. Wow…that’s what happened to 12 million populations of Tianjin-ians itself. 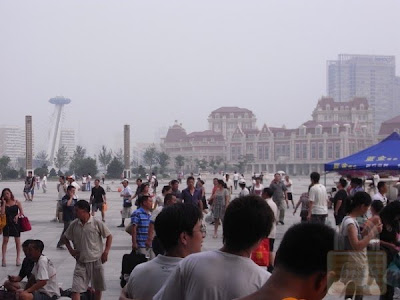 Hubby, Gary and Nora went for ticket buying at the all-Chinese-characters-counter, while I and Nora’s mother waited at the main entrance. Without having to say anything (coz Gary happened to speak Mandarin…but I bet, just say “Beijing South”), we got ourselves a pair of First Class train ticket for RMB69 (the same price as the airport cab? Oh ya, DO keep your ticket for reference, easy to show them when you want to buy ticket to come back). We then went inside, leaving the humidity, hoping for the coolness of A/C inside. 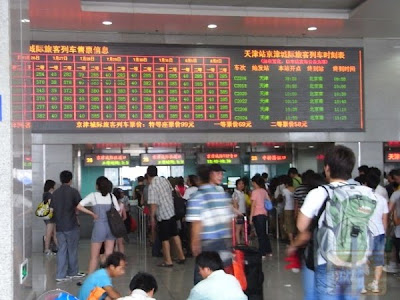 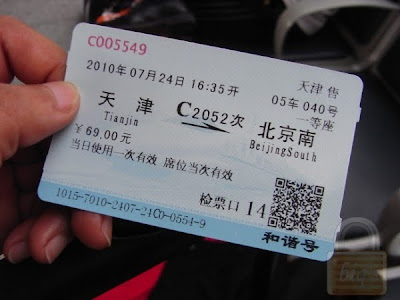 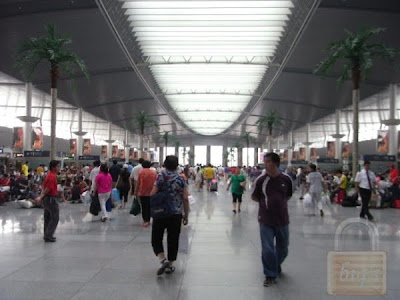 Guys, we were sweating like pigs! I had oily face and hair, just 2 hours after arriving! How can I live like this for the next 4 days?! Again, I have to adjust to the weather. I bow to God’s power. Hubby went to the toilet, and I asked,

I excused myself and headed to ladies. Great. Clean, but smelly. No tissue, no water. Half-sized door with major gap at the bottom? FOR WHAT??? And why should I be bothered to squat when people can directly see me squatting, with my private part exposed, while I do my business?! Owh god, Gary even told us one funny tale. Can you imagine, toilet with no door, covered yourself ONLY with today’s newspaper, and people queuing right in front of you, waiting for you to finish?!

I rather hold the business and wish for more body dehydration. We boarded into a nice coach no.5 and got free drinks, served by beautiful train crews. The seats were bigger than 2nd class. Since the toilet was clean got water, I quickly jumped in and did the necessary. This high speed bullet train is indeed the fastest train in China (in the world, I must say), and it took you only 30 minutes (117km distance per one way) to get you to Beijing from Tianjin. It’s been said that the top speed was 350km/h and we really hope that we can experience it. Anyway, we were not lucky enough and only witnessed the train to go up to 326km/h, but still, it was fast enough to beat the F1 car! Yeay! Owh, how it felt? I didn’t feel anything except for soothe and comfort. No shaking and trembling. The best part was when another bullet train came from the other direction, voooooooooffff and gone! That happened twice, so another voooooooooffff and gone! CRAZY FAST AND INCREDIBLE! 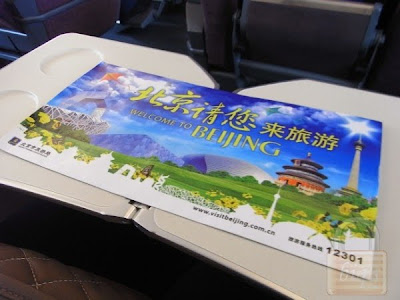 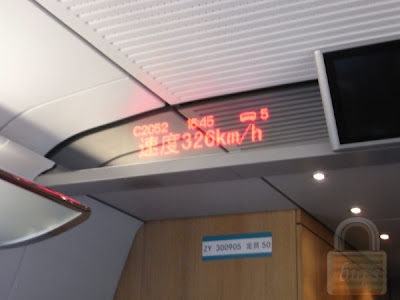 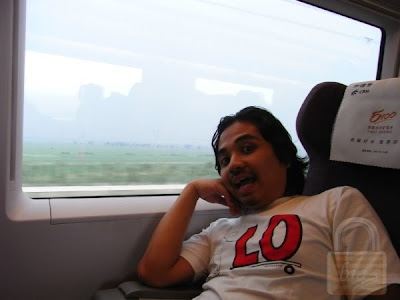 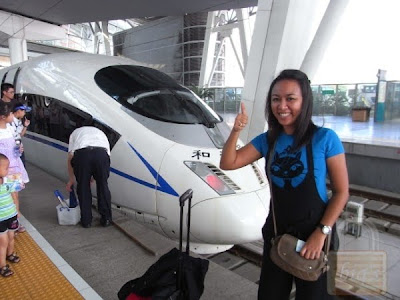 In 30 minutes, we reached Beijing South Railway Station. Gary led us to the subway interchange, where a big map displayed and believe me, everyone was looking at it, including locals. Owh god, there were seven Lines, not including Airport Line and Batong Line. Two of them, Line 1 and 5 were the most crowded amongst all. 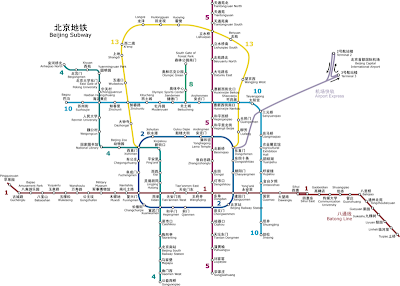 “So you sudah tau nak ambik apa ka?” he asked us.

“Ya, ya, we have to do two interchanges to reach our hotel.”

“Ok, thank you so much Gary for your help. See you in Facebook…ONLY if you can get the access to it! Hahahaha!” we laughed, reminding him that China don’t allow accessing that social network website.

“Nevermind, I will try to find my way to access it! Haha!”

We dismissed and went different ways. Pulling my luggage with tripod and sling bag on both shoulders wasn’t fun at all, especially when the subway was extremely FAR to one another, and PACKED with locals!!! Argh! It was like the entire 20 millions Beijing-ers were queuing in front of us! Haaaaaaaaaa! Oppss...did I say QUEUE??? My bad, there were no LINES and I could only see SELFISHNESS around. Pushing, squeezing, with their special ODORS (kind of tuna “tak mandi” or something, you see la that lady in the first pic...) and women with flashing ARMPIT HAIR?! (Fainted).

After an amazing race of DE TOUR on two super crammed interchanges at Xidan (Line 4) and Dongdan (Line 5), we reached Dengshikou station, which was 10 minutes walking to our hotel. (Clever huh?) I must admit that, their subway was REALLY efficient and reliable! (Owh please, except for the odors lah). 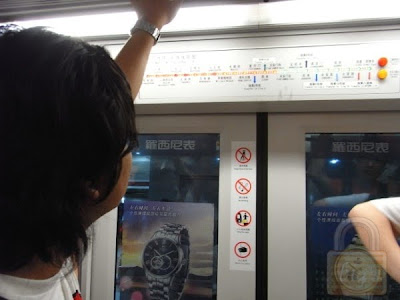 Looking at the hotel entrance was the most awaiting moment. The traditional Chinese style does match its name, Golden Palace Silver Street Hotel, which located at one of the famous “hutong” (alley), near the famous Wangfujing shopping street. 4 nights for RM500, indeed, a very good offer. 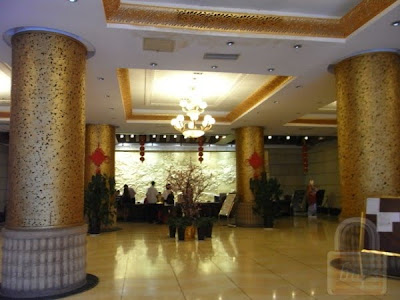 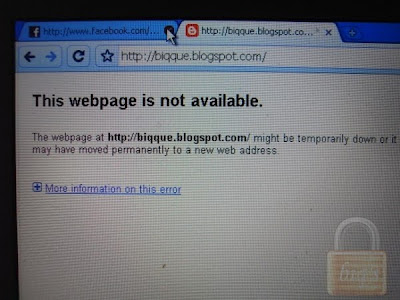 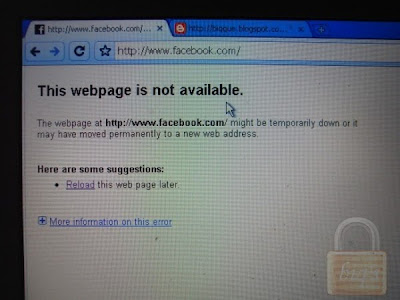