We stopped one “angkut” nearby the hotel and asked the driver to bring us to Taman Panaroma, where Ngarai Sianok and Lobang Jepang are located. We cramped ourselves with another 4-5 locals in the “angkut” and we had so much fun being swaying left and right in it. My nieces and nephews can’t even stop smiling and laughing quietly, looking at the doorless red vehicle that we were riding in. With Rp1500 each, we reached the Taman Panaroma in 5 minutes.

This scenic garden is opened daily from 7.30am to 6.30pm with Rp5000 as entrance fee. There were also tour guides (locals) who were roaming around for you to hire with certain charges. Anyhow, we didn’t hire any. 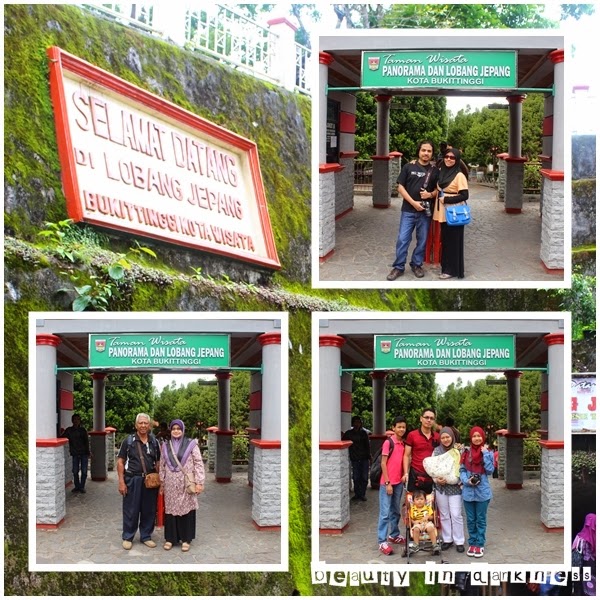 TIPS : If  you want to know more on the local history, you may hire them. Ask for their fee, beforehand. You don’t want to get any surprised charges as they might charge you by hour, instead. 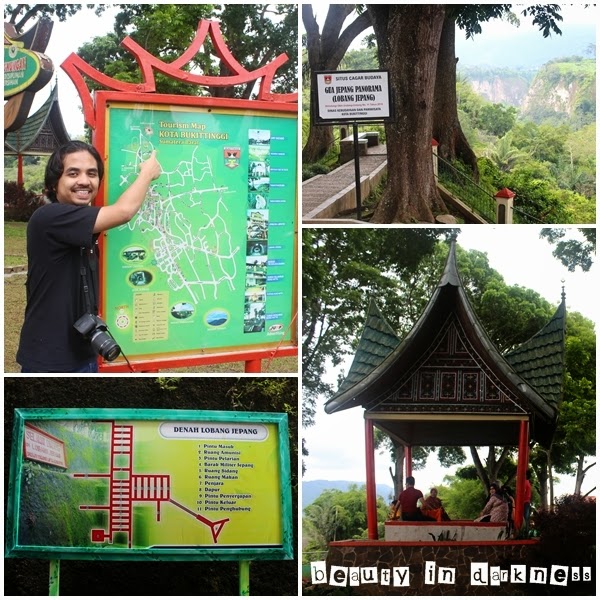 We walked along the roadway where we can see the famous Ngarai Sianok down the valley. Two canyons standing before us, with a river flows in between. The river can be explored by canoe or kayak under an organization called Qurays where the route takes about 3.5 hours in total. Meanwhile, this canyon stretched from Kota Gadang to Anam Suku, and ended at Palupuh, in 15km long, 100m height and 200m width. It was previously known as “karbouwengat” or “kerbau senget” as there were lots of buffalos living freely during Dutch time. From afar, I saw one small village on top of the canyon, with thousand steps leading to it. 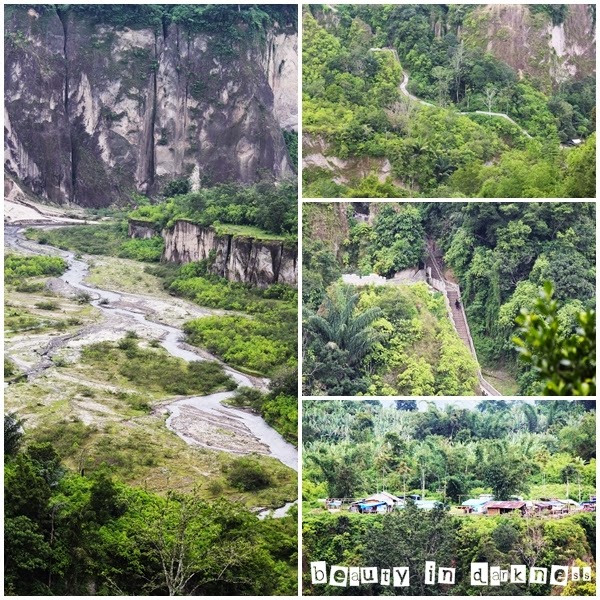 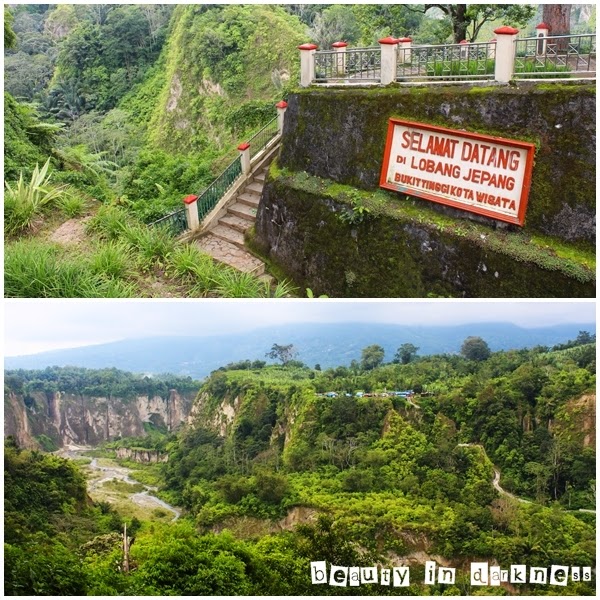 It was a breathtaking moment, before a group of monkeys approached us. We quickly took pictures and walked down the Lobang Jepang entrance. 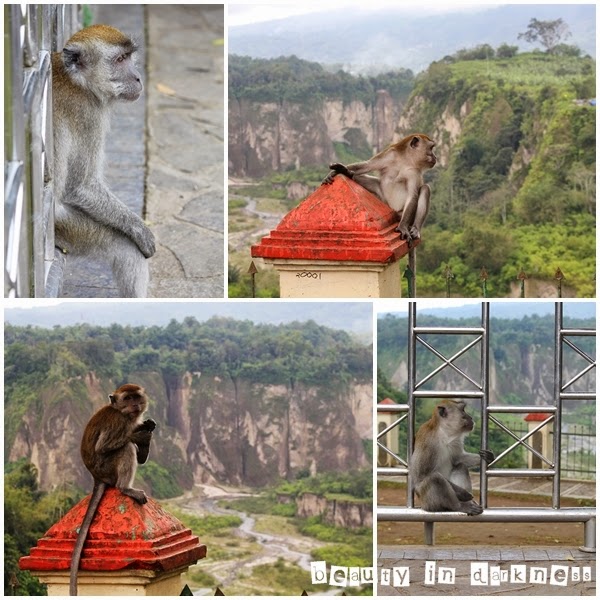 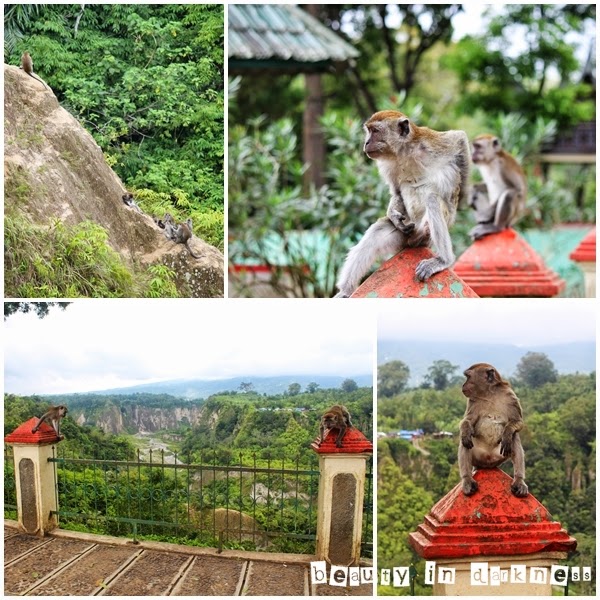 TIPS : If  you want to get a clearer and panoramic scene of Ngarai Sianok, you may want to visit this place for sunrise or sunset. You may also walk down the steps to enjoy the beauty of this canyon from below. But beware of those monkeys. They are likely to snatch your belongings.


Being pregnant, having an infant and a small kid, and elderly with us, half of us decided to not join the party of hubby and my two niece and nephew. The cave looked so deep and the stairs looked so steep, whomever went down must have lights and hold the railings. Since there were not many visitors at that time, we took the opportunity to pose and capture pictures. 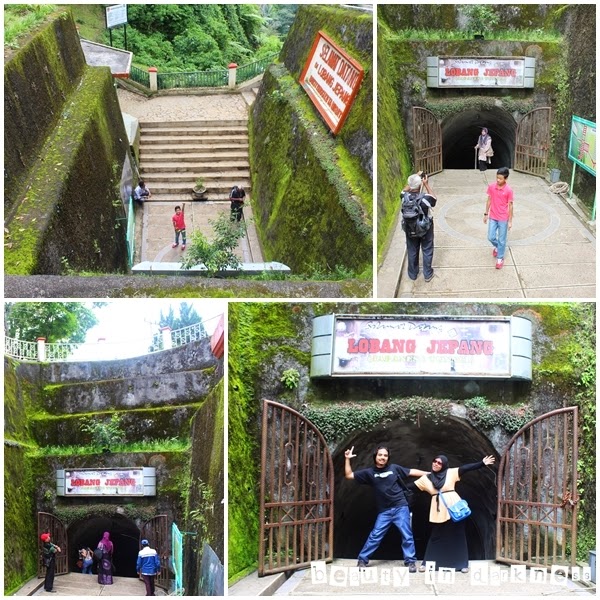 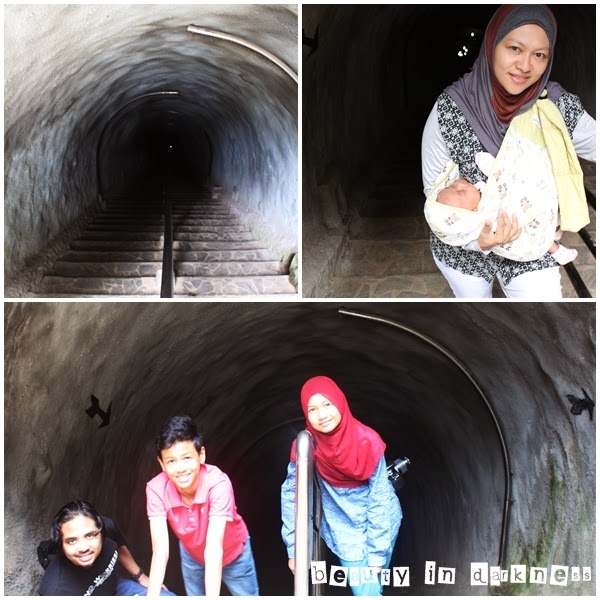 This cave was a bunker built by Japanese army in 1942 for their defense. They kept almost everything down here, which include war-related equipment and storage. It is believed that the cave can go up to 1400m with 2m winding width, with various zone such as maintenance room, immunization, scientific museum, conference room, café, mini theater, detention cell, and etc. 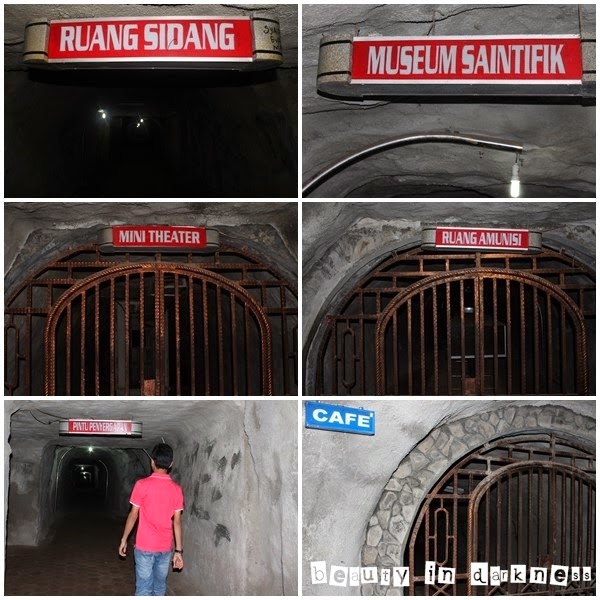 TIPS : If  you want to get a guide, the fee is around Rp20,000. Please seal the deal before you start the journey as some of them might con and charge you RM20 instead (that would be more than Rp20,000 for sure!). You’ll be taken to an exit where you can go out from Taman Panorama, or return back to the earlier entrance.


Even the guide persuaded hubby to hire him to avoid confusion and getting lost, hubby denied the offer. Hubby walked my niece and nephew slowly down the steps and used phone lights as a guide. There were wall lights but it seemed like they were under maintenance, for some of them were still on the cave floor. As they reached one of the exit, it was pretty much to explore this cave without a guide as it was quite straight forward. Overlooking the Ngarai Sianok, one of the exits was installed with steel grille and the only way down was to use the jungle trail. 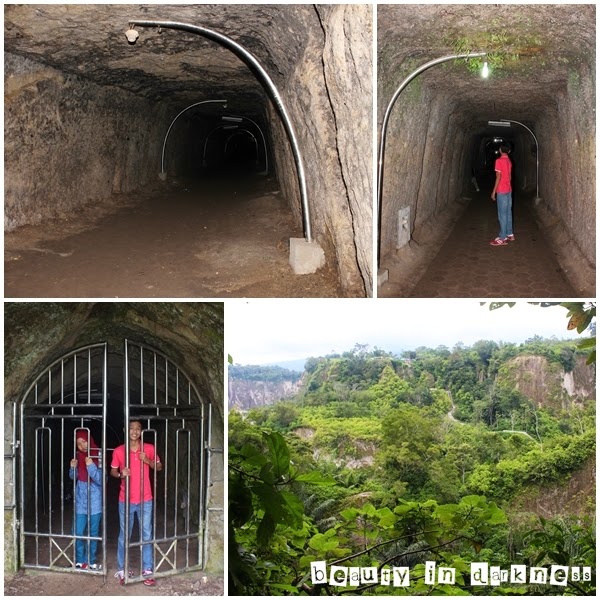 Meanwhile, we (who remained outside), having our precious time with a statue. Two Japanese army whom holding rifles were standing on top of the official mark, dated 12 November 2004, where this place was officiated and opened to public. I must say that this area is clean and well-kept, clearly both general workers and visitors equally played their part in keeping up this place. 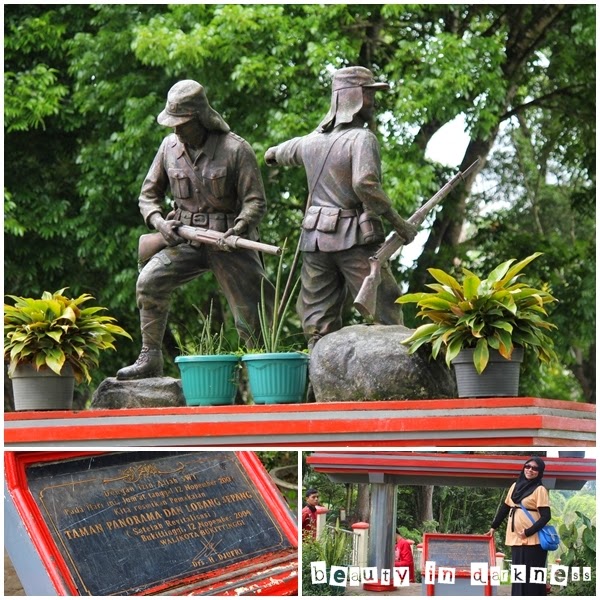 An hour later, we walked out from this place and looked for another “angkut” ride to our next destination. Opposite this place, I saw Muzium Perjuangan, but we had to pass this war museum as we were short of time. 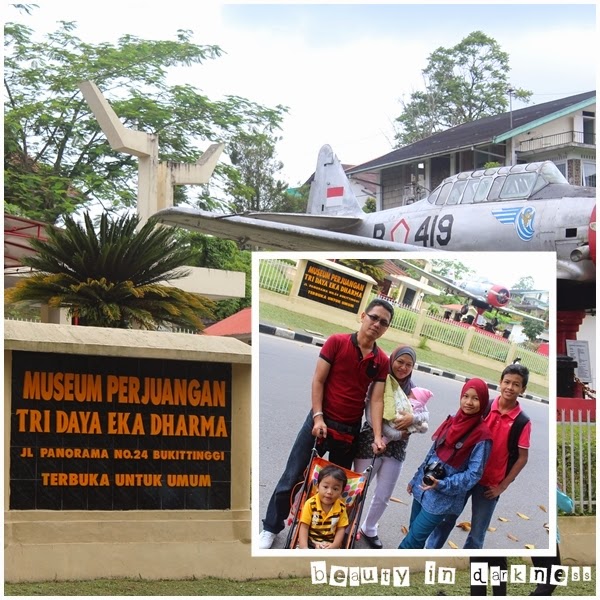 TIPS : If  you want to know more on war history, it is recommended to visit this museum. I myself, love anything to do with past-time story, but travelling with family made me had to choose and chop certain places to visit.

This is about travel n vacation, travel-indonesia-bukittinggi