I grew up following my dad to fish at the back of fisherman’s boat owned by Chinese. The hot spot was called Port Weld or Kuala Sepetang, just few kilometers from Matang. This fishing village is fully occupied with Chinese fishing community, whom specialize in fishing breeding. The type of fish that we caught back then was Sembilang, Pari, Duri, and Belukang. They were tasty in curry, especially those with mouth-watery eggs!

That was not the point that I would like to highlight.


Recently, hubby and I watched one documentary, where the host went to Taiping and explored those interesting places, such as Taiping Zoo, Taiping Museum, Maxwell Hill, Taiping Lake Garden, Fireflies Spot, Taiping Railway Station, and many more. But what caught our eyes was the old railway at Port Weld!

“How come we didn’t visit this place?” Hubby pointed out.

“Ya, we should!” I agreed no more, since we were going back to Taiping that weekend.


I told my dad of what we’ve seen on TV and he kept on telling me that the old railway had been demolished, including the rail tracks. I argued with him hardly, and repetitively saying that it is still there. So, right after we took a delicious breakfast at Kedai Kopi Kari Ikan Sembilang atMatang, my dad directed us to head to Kuala Sepetang.


On the way, my dad pointed the place where old rail track used to be. It was along the swamp by the federal road side where we can clearly see no rail was laid. We then proceed to the end of the Kuala Sepetang small town where Chinese community operates their daily business such as clamp processing and fish selling. They do open seafood restaurants as well, with one huge eagle head, pointing out from the roof! Hahaha! No dancing crab meh? 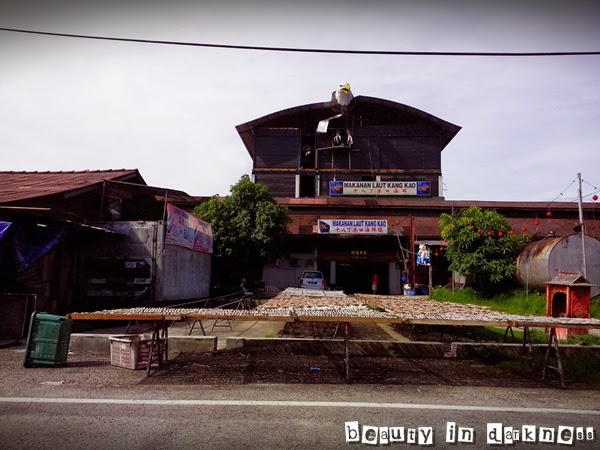 My dad tried to remember hard on the old station of Port Weld. He told us that it should be somewhere in between those Chinese’s houses. We drove slowly towards one old classic-look warehouse and saw “Jalan Kereta Api Godown Kuala Sepetang”. 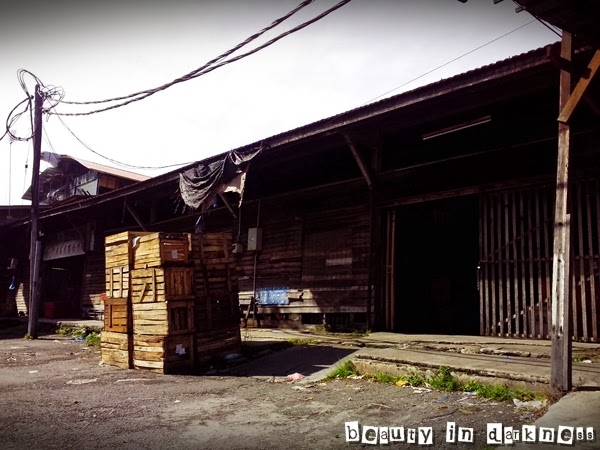 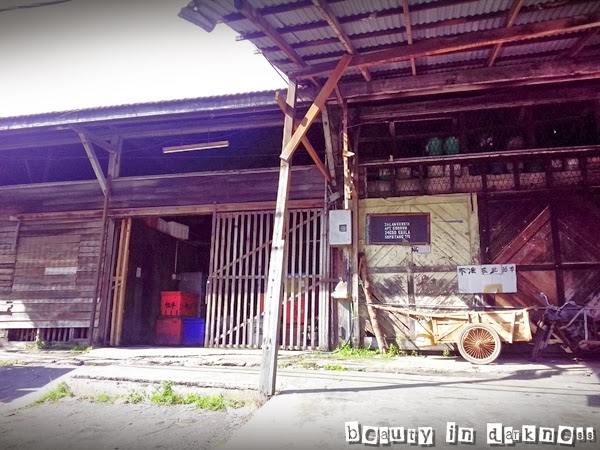 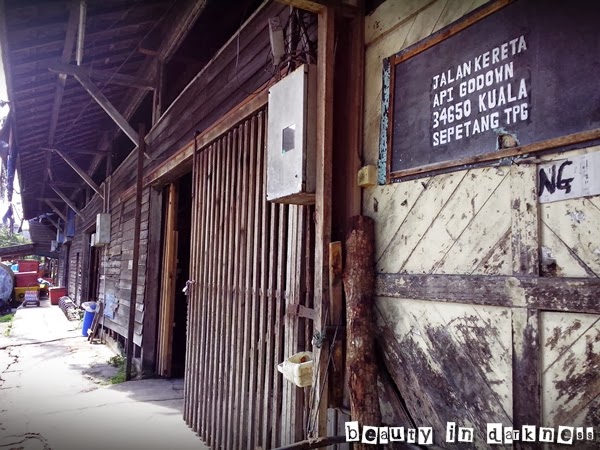 “There! There!” I shouted happily and almost had hubby a huge heart attack! Hahaha!

My stepmom was laughing out loud and enjoyed the exploration, for she always admires us who have a huge love and interest in history. She then asked me to get out from the car and snapped few pictures of the old warehouse. The presence of the rustic tricycle and antique cart lighted up the mode. 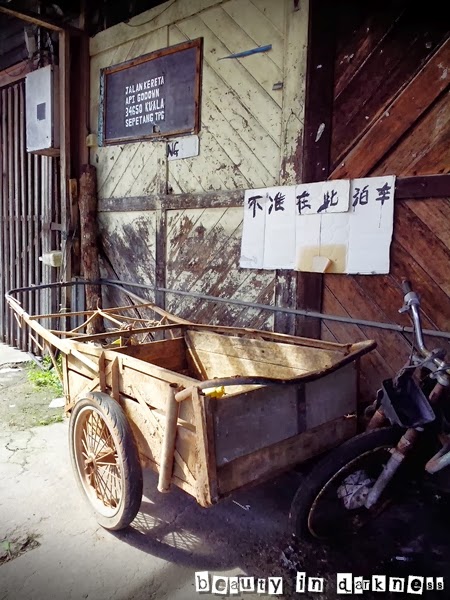 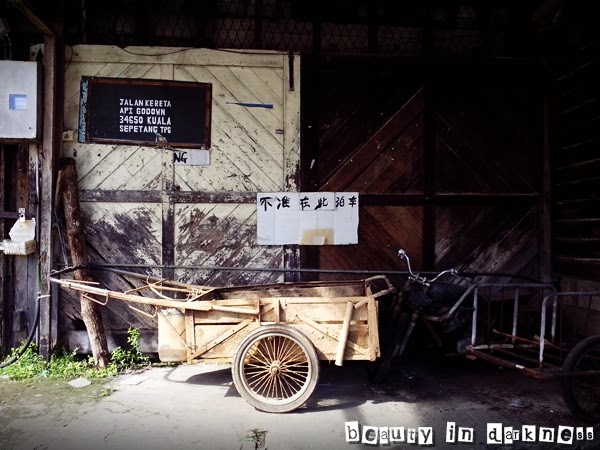 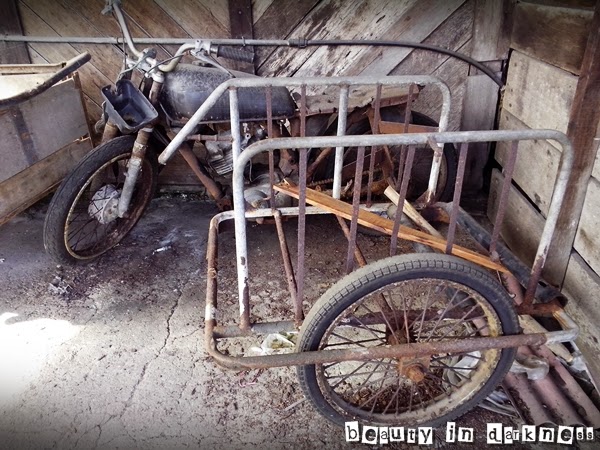 I went back into the car and asked, “So, where is the memorial?” 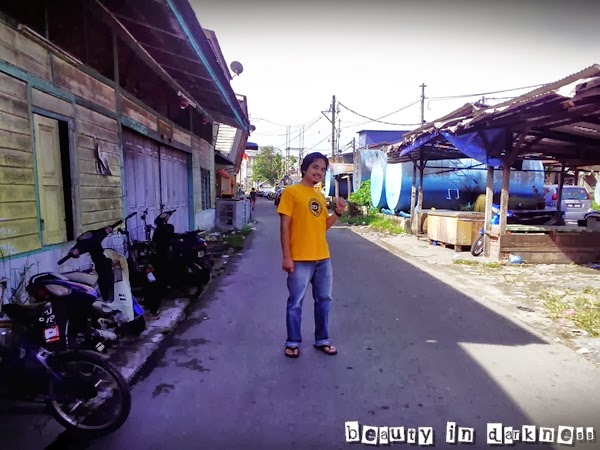 My dad instructed hubby to drive further into the village and then there was…“Port Weld” with three other languages and KTM logo underneath it.

“HA! TU DIA! TU! TU!” I shouted even louder. Hubby slammed on the break pedal and all four of us laughed like hell! 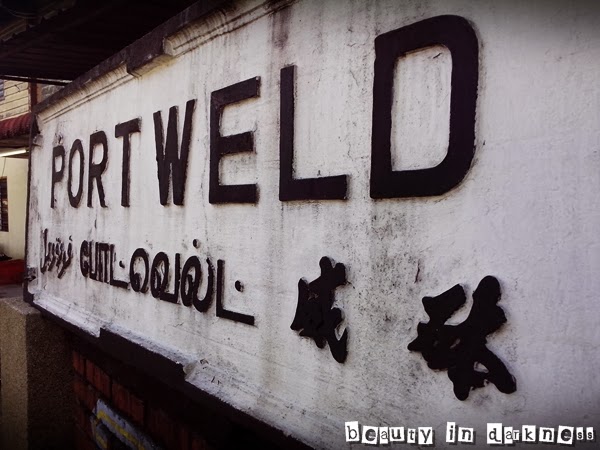 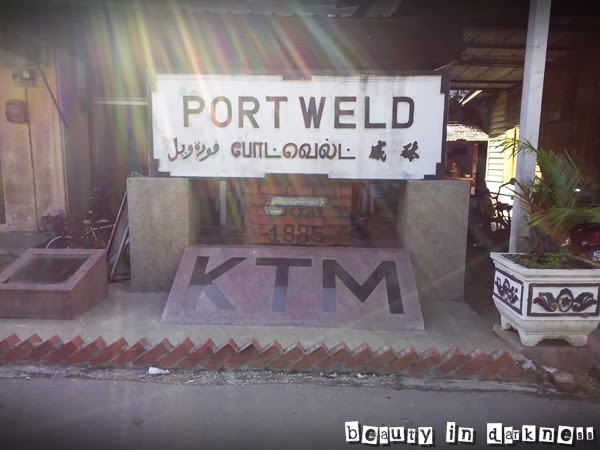 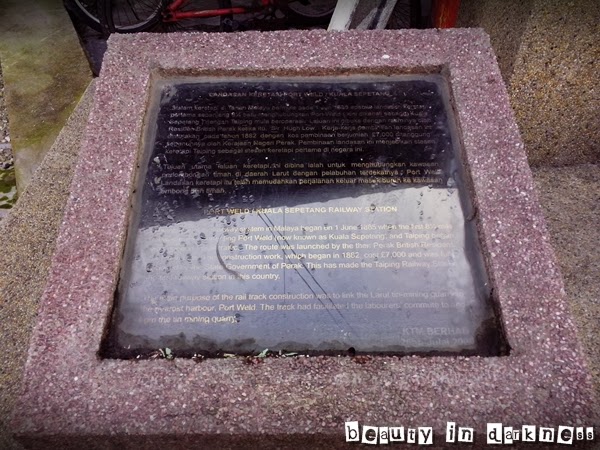 “Could you please stop giving me heart attack?!” Hubby warned me.


My dad and my stepmom waited in the car while hubby and I then stepped out from the car and had a quick photoshoot using my Lenovo Ideaphone S890. (Yeah, we didn’t bring the camera. Pfft!) 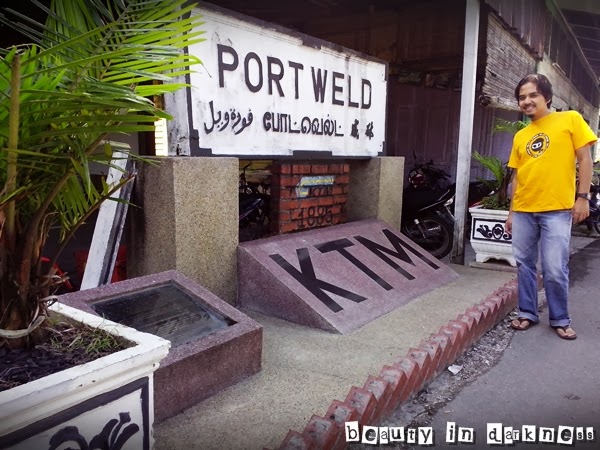 The rail between Taiping and Port Weld was the OLDEST railway in Malaysia. It was built to facilitate the tin mining industry and transport them to Port Weld, before being exported to Penang. Before train was used, tin was transported by elephant. Remember my entry on Kota Ngah Ibrahim, whom his father, Long Jaafar, found silvery tin stuck on his elephant’s feet?


My dad asked hubby to just park in front of someone’s house, where he then, went to see the house owner to get permission to do it. See, how cool my dad is! Sesuka hati dia je! Hahaha!


We walked to a newly built flyover that connects the main land to the other side of the island. During old days, whoever smuggled anything cannot be chased by the authority due to no connecting bridge. But now, no more excuses. Hahaha! 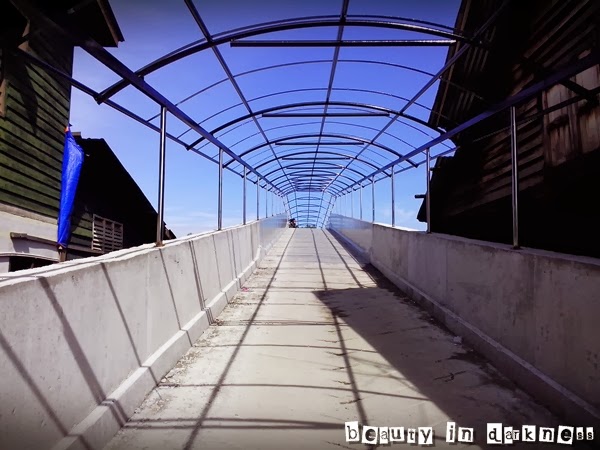 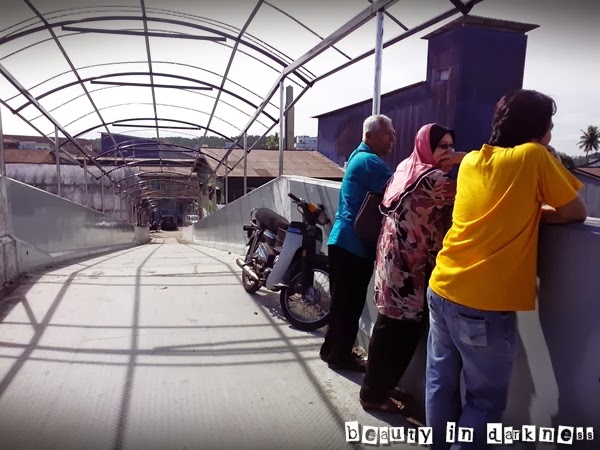 From the top of this flyover, we had a beautiful and serene atmosphere of the fishing village. The scene was interrupted by one passenger boat which transfers the villagers to the both sides. 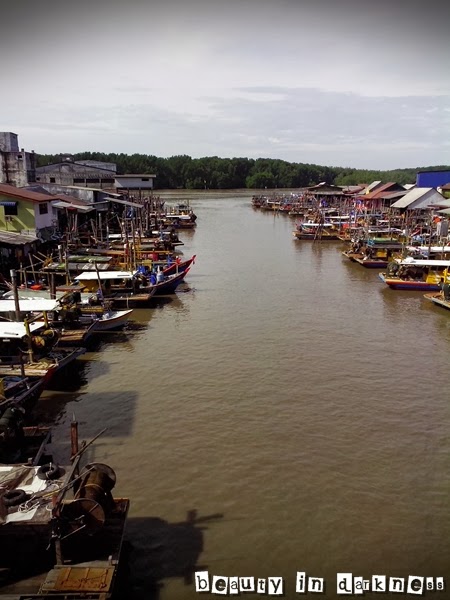 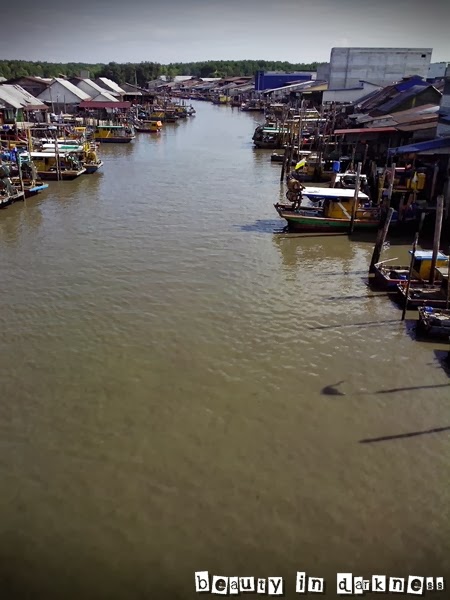 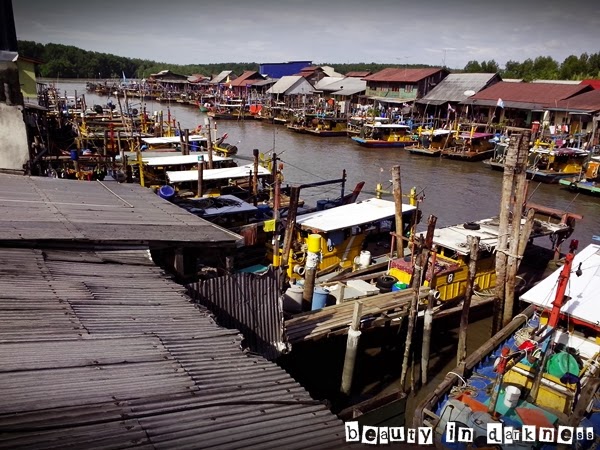 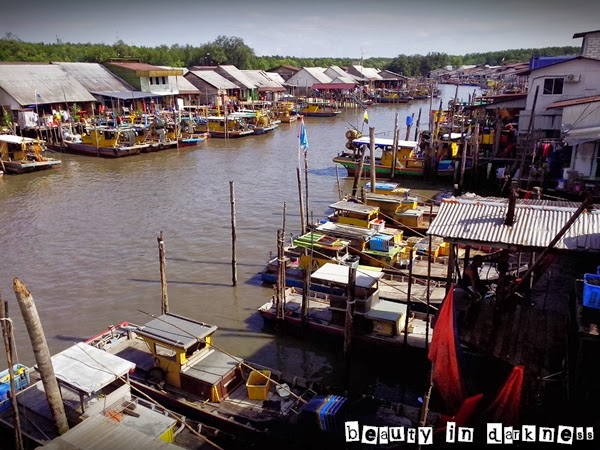 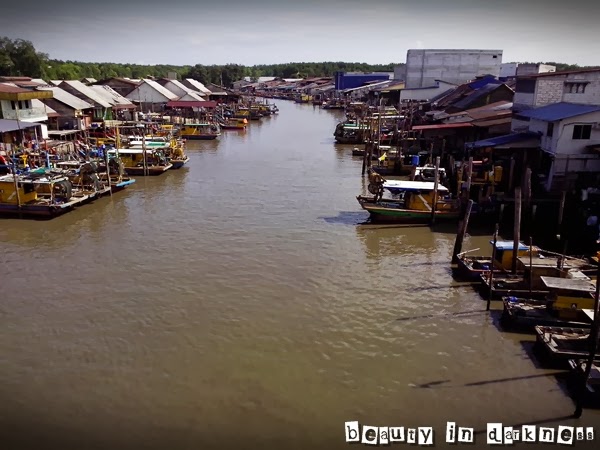 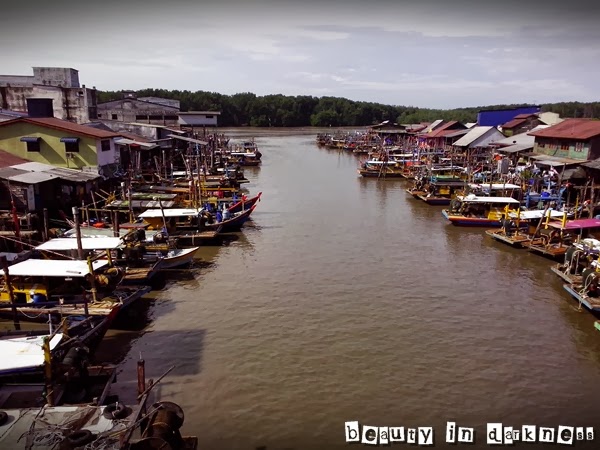 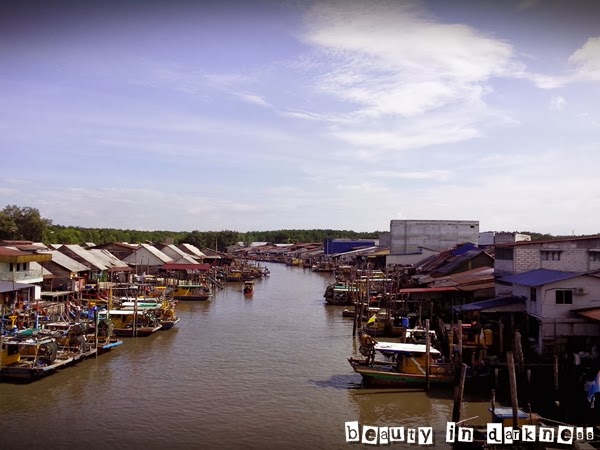 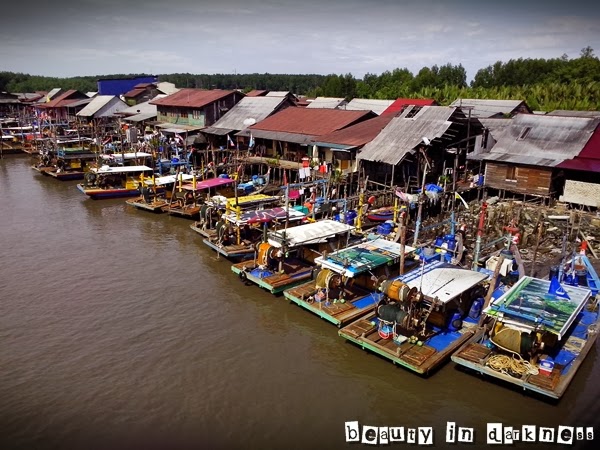 After 10 minutes of enjoying the surroundings, my dad then walked us to one of the clamp processing factory, where he explained on how the clamps being separated and categorized, just by rolling them in the cylinder cage. Amazing huh? 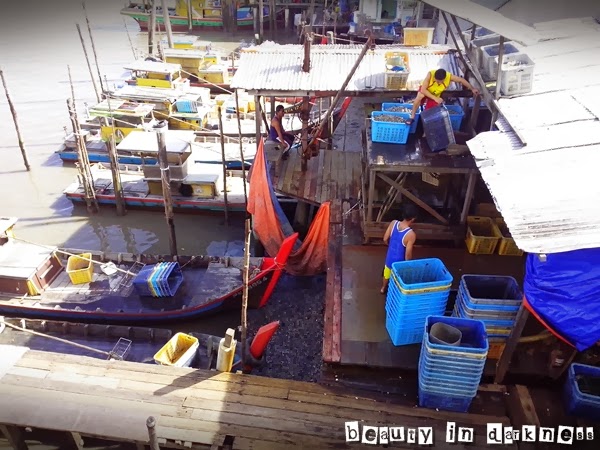 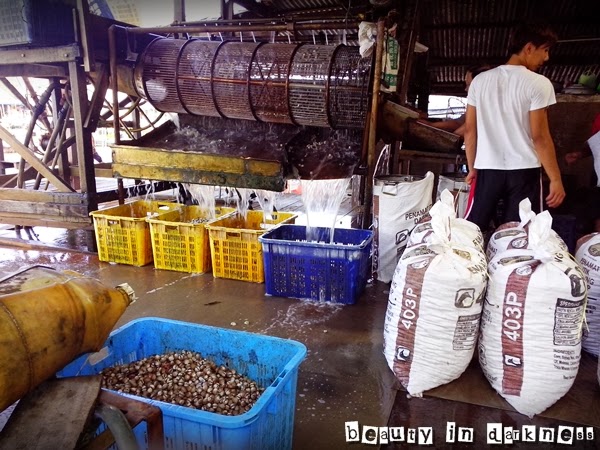 So, if you ever have a chance to go to Taiping, please spend your extra time to visit this forgotten place, besides Kota Ngah Ibrahim, Matang Mangroove, Mee Udang Mak Jah, and other places located in Matang and Kuala Sepetang.

My name is Laura and I work in an online marketing agency in Kuala Lumpur. I recently created an infographic for Gaviscon which is one of our client.

The infographic is about 7 tips to keep your tummy safe while travelling in South-East Asia, giving useful information to travellers about what and how to eat in order to avoid being annoyed by stomach issues during their journey.

While looking for good blogs to share it on, I stumbled upon yours. I really like it! And as you are blogging about several destinations in South-East Asia, I thought that this infographic may be interesting for your readers.

If you are interested in sharing it on your blog, I can provide you with an introduction to the infographic. It will be unique content and written either in english or malay.

The only terms and conditions are to include in the article a link back to the source of the infographic, which is Gaviscon, and publish the article within 7 days.

If you want to take a look at the infographic, please contact me on laura@lionandlion.com

I'm looking forward to hearing what you think of my proposition.

Love the place too! Was there once! True, the signboard of the Port Weld is quite isolated. Your own pix at the PortWeld sign tue cover abis. I mean, just in a good position.

* I didn't aware that they are construction the bridge to the island. Next time kena pergi nie.