The Day I Play Best Auntie In The World

I consider both of them are the closest niece and nephew (8 in total) since I used to carry them when they were babies (ohmigod, they were both heavy babies!)

Nur Khalida Athirah, small and petite, active and brilliant (ehem, just like her auntie), a secondary student in one of the most integrated RK school (meant for elected students only...juuuusssssttttt like her auntie, clap-clap, thank you!) She plays guitar and wanna be like Yuna (ok, I'm not jealous...really...humph...well, fine, go ahead, i can sing too!) And believe it or not, we were born on the same date :) 14th Sept!

Adieb Khuzairie, handsome and tall (like his drama-actor-face-daddy), weird but yet a good gamer, shy but loveeeeees to volunteer himself to be the lead "nasyid" singer and assembly announcer. Haha! And he just standard 5! I like the way he explore things and he is a total damage when it comes to remembering months! July is 1, August is 10, like...huh??? And the only month the he remembers is November, coz he was born on that month! 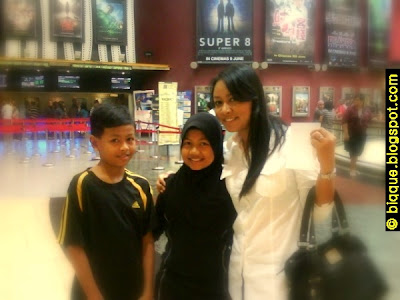 So, I was called to entertain them while their mommy went to watch their daddy to receive a scroll from OUM. I chose to bring them for a Kungfu Panda 3D movie coz I really want them to experience the 3D effect that they couldn't get at my hometown. I paid for RM66 for 2 adults and 2 kids (hmmm...hubby didn't pay back to me yet...it's collecting timeeeee!) 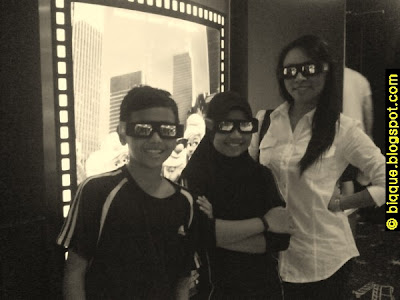 We acted cool at first, but we started to shift our bodies here and there, and we shouted once in a while, when the 3D effect affected us. Hahaha! And I tell you, whoever sits next to Adieb should ask for refund coz Adieb was sooooooooooooo "bising!" 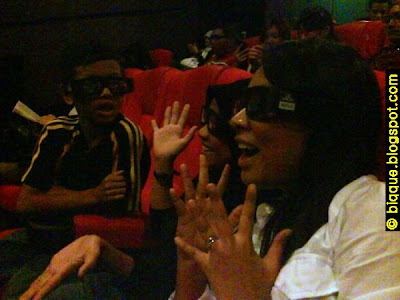 After movie, we went to Pet's Wonderland and have a quick view on the animals. Later, I asked them what they want to have for lunch and both asked for either Teppanyaki or Sushi King. Wahhhhhh...really ar? You guys know how to eat or not...

Adieb, who is soooooooo keen to be close to hubby (coz hubby likes to "layan" him), really know how to eat salmon! He even eat prawn. But guess what? He was out of tears when he accidentally ate too much of wasabi. Hahaha! So we forced him to try egg mayo at one go (coz I always do that) and he tried his best to cover his face from me when he almost puke everything out! Kahkahkah! 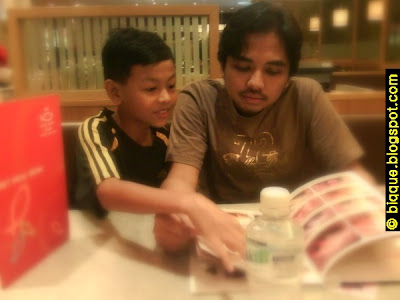 As I always break that twin chopstick as a ritual before eating sushi, I asked Athirah to do the same. And both of us didn't break it nicely. Hahaha! 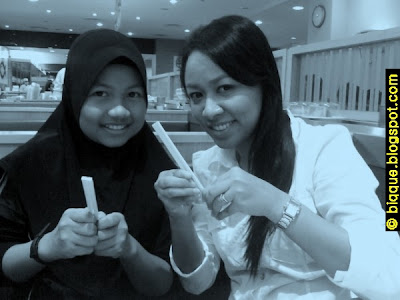 Not much, but these were the total damage of the day. And yet, we were still hungry! (Sah-sah perut melayu!) 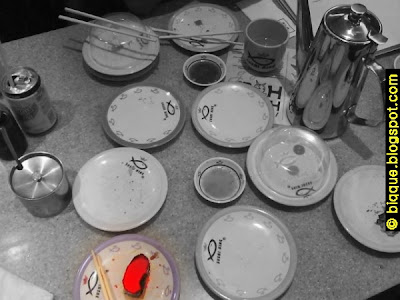 So we went home and "layan" Adieb's specialty, PS2. I tell you, he can play the whole day without eating, sleeping, or even going out from the house. (One of the way for keeping your son at home...but pleaseeeeeeeeeeeeeeeeeee screen those games first, ya!)

I hardly play PS2, and I don't understand how Athirah can play PS2 very well, so to "feel" it, I asked Adieb to recline the seat and play some crash and burn! Hahaha! 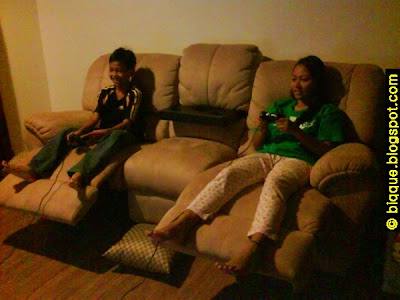 When they aren't around, my house is noiseless...and I miss them so much! (Hmm...need to plan for this year's Family Trip!)

This is about entertainment, family, foods

fun time with the kids :)

muah to u too thirah! :D

yay ! can i suggest ?
how about island ?

i loved the way u narrate the post thank you
Compare Hotels - Cheap Hotel Rates - Compare Flights @ CompareHotelsin.com.COMPARE HOTELS Make your holidays trips a memorable one with CompareHotelsin and Save money!
URL:http://comparehotelsin.com