Who Is The King of Sushi?

This is my kind of king...Sushi King. 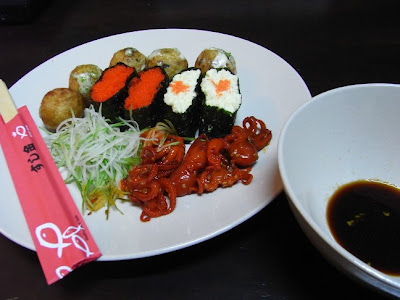 And this is his kind of king...KING CUP! 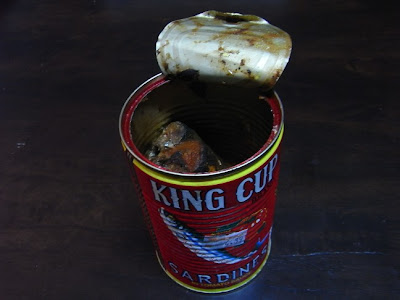 KAHKAHKAHKAHKAHKAHKAHKAH!
Yea...I HEART JAPANESE FOOD...but he didn't (much more on he DIDN'T know how to eat sushi kot, precisely)...but anyhow, yesterday, I managed to get him to eat takoyaki :D (ya, I know its not purely sushi but at least he tried Japanese food).
How did this happen? We watched "Bizarre Food With Andrew Zimmern" and that episode brought him to Japan, and had those unusual local foods. He came across this takoyaki (it's not so bizarre actually but it sounded bizarre for him coz they had many pieces of octopus in the balls) at one night market. Believe me, the preparation was awesome! Yeah, the way the cook flip those takoyaki with two sticks in a glimpse of few seconds, Andrew Zimmern pun tak leh buattttt!

So I dragged him to Jusco Equine (ya, rasa loser kan weekend kat dalam Puncak Jalil je) and I ordered few of my favorites at Sushi King (tak masuk pun, take away jeeeeeeeeeeeee...zzzzz...), and there was takoyaki on the menu. He straight away agreed to get a pack of them. We had them at night and he suddenly said,

This is about foods

den xpernah toray pun.. not kind of it..