Still pasal buku. Have you guys heard of this amazing story? I wanted to buy this book...tapi tak terbeli... 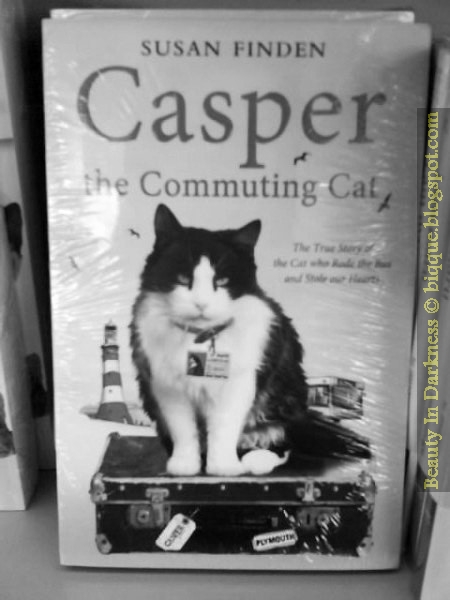 Casper the Commuting Cat is the story of an adventurous cat, Casper, that the author, Susan Finden had adopted from a rescue centre in 2002. She describes how Casper liked to wander from her house and was not afraid of people or traffic. Casper used to walk into office blocks and doctors' consulting rooms and find a chair to sleep on. Then he started queuing with people at a bus stop across the road from his house and boarding buses that took his fancy. He would curl up on a seat and go to sleep, and when the bus had completed its 11 mile round-trip to the city centre and returned to his bus stop, the driver would let him off. Casper's commuting habits made him a celebrity and Finden describes the world-wide media attention that she and Casper received. In January 2010 Casper died after being struck by a speeding taxi while crossing the road outside his house. Finden tells how she coped with her loss and the renewed media attention that followed.

In addition to covering Casper's exploits, Finden includes in the book a brief story of her own life, and discusses the other cats she had adopted from rescue centres. Also present are several light-hearted chapters "written" by Casper from "the other side"[4] in which he gives advice to other cats on how to handle humans, catch a bus, and deal with the media.

Unbuttoned by Biqque at 2:00 PM