Universal Studios Singapore : How We Sleep The Night

Earlier, MasZuber has called the hostel for direction and we were directed to take MRT to Outram (purple line), changed to yellow line and stopped at Paya Lebar station. With the thought of changing between lines made the feeling even worst.

I did none other than sat down on the train floor and took a nap. And I dragged MasZuber too. I finally stood up when the train quite full with locals. It was almost 10pm when we reached Paya Lebar station.

We had no idea where to head to. I tried to ask one of the convenient store workers but she seemed not to sure where the hostel is located. She advised us to check with the MRT officer. Lily then asked the officer and led us the way.

There was no sign or Geylang Serai at all. We crossed the road few times, headed to the left and right of the shophouses, which we finally found ourselves walking on an open field. It was super ultimatum till we forced ourselves to sing along the way.

“Oh goddddddd! We rejected Rucksack Inn for this mess?! Are we there yet? Where the hell is BetelBoxxxxxxxx!”

And you should not walk and talk when you are super exhausted. Even worst, when you walk and curse and sing and laugh. COMBO! Penat sial…

“Huh! Geylang Serai!” We turned left and walked towards one shophouses. Along the corridors, there were glimpse of “hayam” all over the places. Cool…this is what they called, a red light district! More ciken pleaseeeeeee :D

AND WE STILL HAVE NO IDEA WHERE BETELBOX IS!

Like they said, we walked more than a kilometer before we FINALLY stood right in front of BetelBox steel door.

“WE’VE MADE IT! F**KING MADE IT!” With sweaty armpits, loosen knees, heavy-eyed, discolored make-up (except Amy, I seriously don’t know how her make-up can sustain *tabik*), we climbed up the stairs. STAIRS??? Pfft!

A Chinese uncle came into the picture and led us into the dorm. We saw lockers before the beds. Only 4 beds were occupied and the rest were vacant. There was no energy left to pick whose which, the light has led each of us to walk to the bed that are destined for. 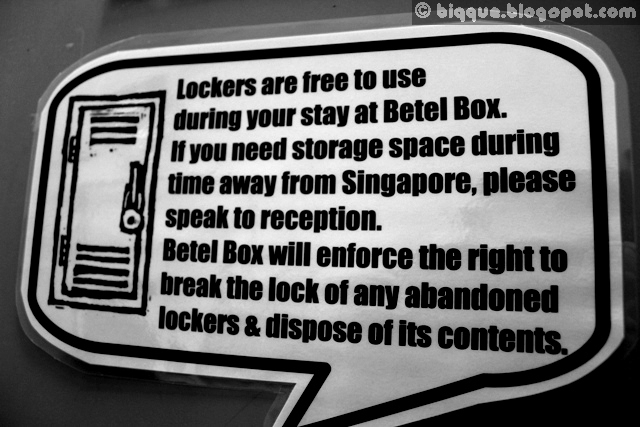 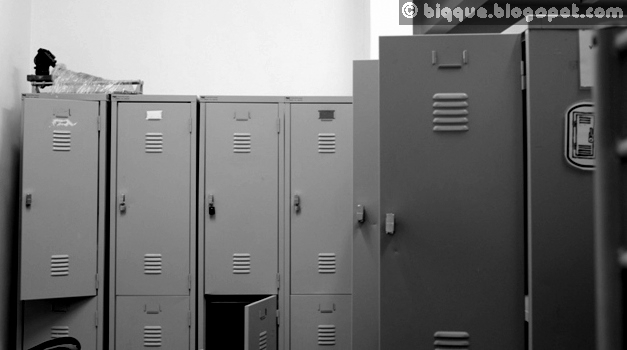 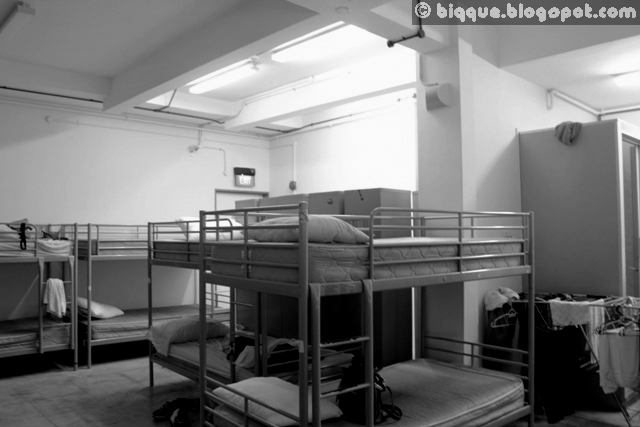 “No eating. No late bathing. No lights after midnight. No bising-bising ha…” The uncle briefed us. Ala…boring nyer…dah la my first hostel experience while travel. Nak la hu-ha gelak-gelak kan…

“Aku mandi dulu” I told the rest of Alien Travelers.

That was the reactions, the minute we saw the showers. 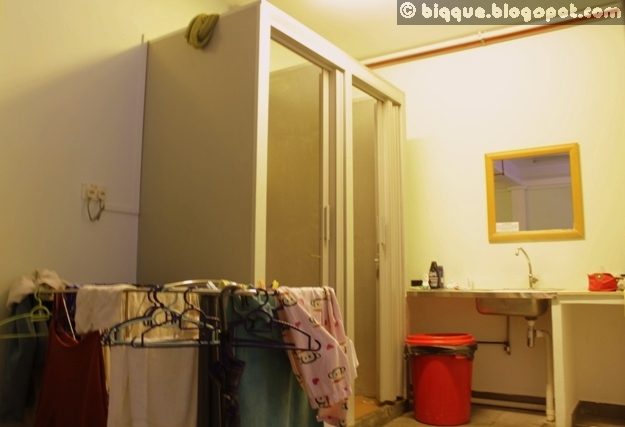 Hahahaha! SUMPAH KECIK! But Lily told us that shower in Greece even smaller than this. Ok then, not bad la this one, so I took a bath and changed to my sleeping suit. 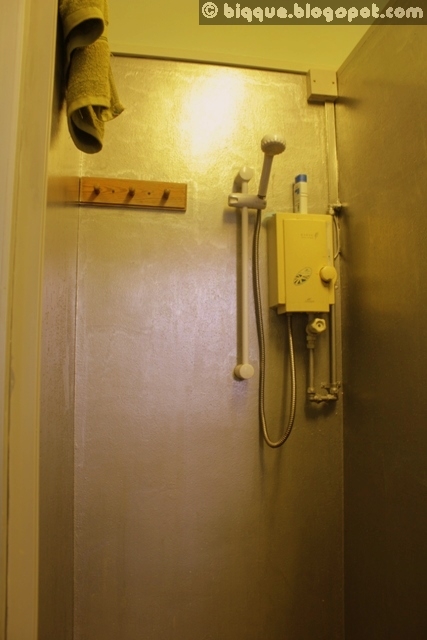 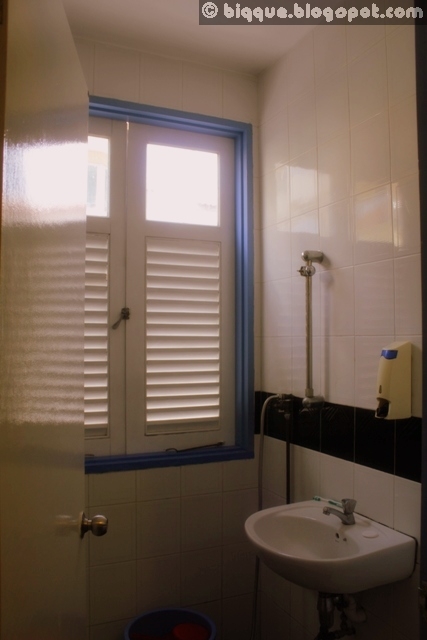 I chose the upper bed coz the lower bed already taken by an Asian lady, who made the bed like her own private mini room. With two big luggages, batik curtain, stack of clothes, I bet she wanna stay there forever. And she didn’t smile at us AT ALL, bleh?

The rest took bath after another. Some were already on bed. Unexpectedly, a Caucasian guy checked in, and started a conversation with all of us. But only Lily and MasZuber replied. Hahaha! He’s from Germany, stopped by at Singapore for Visa, before he flew to Taiwan.

“So you are not going to Malaysia?” Asked Lily.

“No…” Looking around, with a can of Coke in hand.

“Why?! We are nice people. Don’t you want to visit our country?” Asked Lily, with exclamation mark.

“Err…ok, maybe next time.” Looking down. HE WAS PRESSURED BY LILY I TELL YOUUU! HAHAHA! 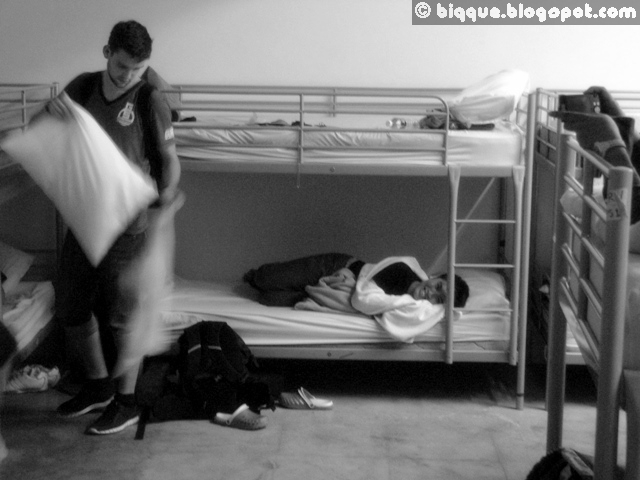 The uncle came back and out of the blue, he appointed Byya as the team leader (he actually pointed to Byya you know) to collect everyone’s passport. It was a policy to register each and everyone into the log book, like India. But India was harder coz we had to write down on our own! 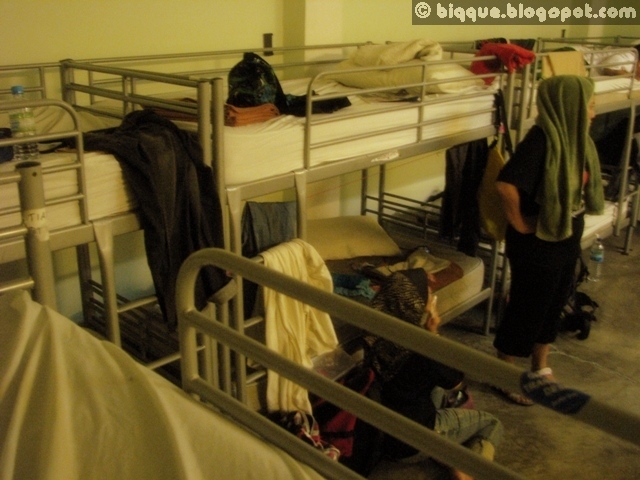 We told lily to tell the uncle to increase the aircond speed.

SHE FLUENTLY INSTRUCTED THE UNCLE IN MANDARIN! I was so amazed…15 years of learning man…fiuh!

It didn’t stop there! There was another Caucasian guy from Portugal, sat next to that German. Lily interviewed her and found that he can speak a bit of Mandarin. AND THEY BOTH SPOKE IN MANDARIN! *Lap peluh*

We then chatted and laughed quietly when Na put on her telekung, sat on the bed, waiting for Anash to settle her prayer. “Dah rasa macam rombongan haji kat Mekah…” kata John. Hahaha! 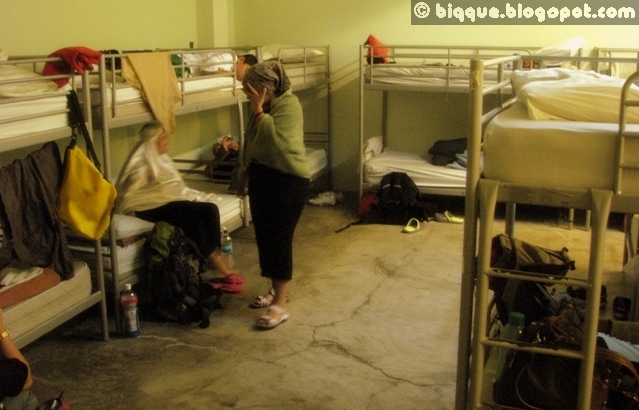 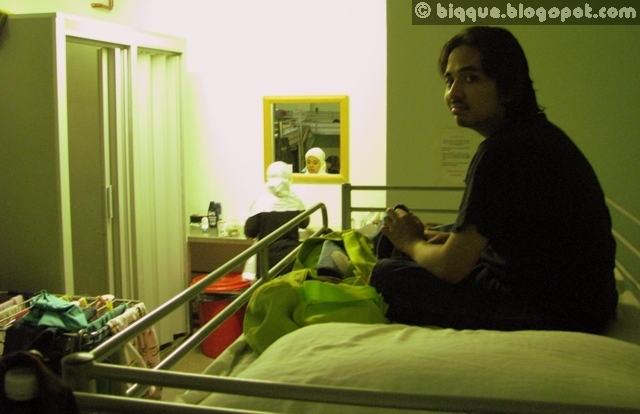 Hubby and Icam dozed off earlier than the rest, followed by some of us. Another Asian lady came back and straight away slept on the bed, huk pun tidak, hek pun tidak. Sombong tul! Muka cina tongsam tak mandi plak tu!

I have no idea what happened next. The day after, I just got to know that some of us had photo preview outside the dorm. Dang…

Unbuttoned by Biqque at 3:40 PM

This is about travel n vacation, travel-singapore-uss

macam rombongan pegi haji?? haha. that was funny. anyways, I noticed that some hostels in SG, the people who stay there were those who stay for a long term, those who got work in Sg, but still couldn't find rental house. tu yg ramai Asian but yeah, kkdg diorg sombong! haha

u shud stay at hostels in little india next time, if there is next time la. haha. close to mrt, clean, and on jalan besar, got three hostels in a row! hehe