We packed our bags and checked out from Daawat Hotel. We had to pay cash since this hotel didn’t have credit card facility.

Tips : Plan your cash accordingly. Use credit card anywhere else you can if you are short of cash in some places.

We went out from the hotel and stopped two tuk-tuks. We rented one of it since it can fit all of us, including our bags! Hahaha!

I took out the e-ticket and saw the train station stated on the paper was Agra Fort, not Agra Cantt. So we asked the tuk-tuk driver to bring us there.

Once we reached the station, we were again, saw the usual scenes. Homeless were all over the compound and some even slept at the train corridors. I can see the whole family tree was sleeping there. And we saw our names on the board too! 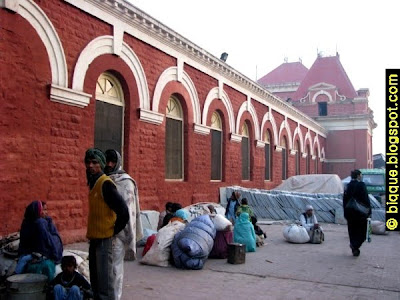 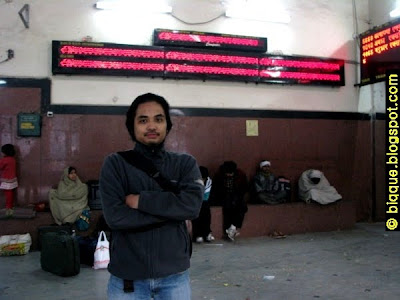 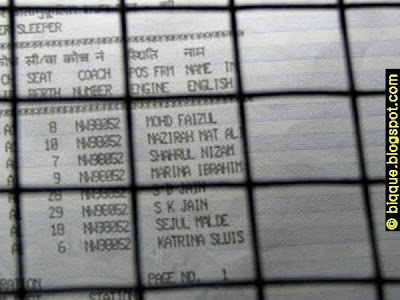 Again, with poor signage, we were lost in translation. I looked at the time, it was almost 5.40am and our train should be here by 6.15am. Since it was still early, we walked to the left, to the very end of the waiting area. 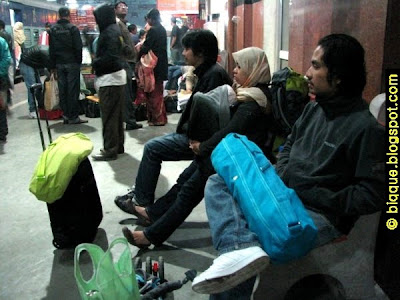 We tried to find clean chairs, for we know that locals like to spit everywhere they like. We ended up sat nearby one homeless and disabled guy, who used a DIY trolley to support half of his body, wrapped in old wool blanket. He was happy charging his mobile phone there. Hahaha!

It was 10 minutes passed 7.00am and we still didn’t see our train. There was Jodphur train passed by but that wasn’t the train that we waited for. 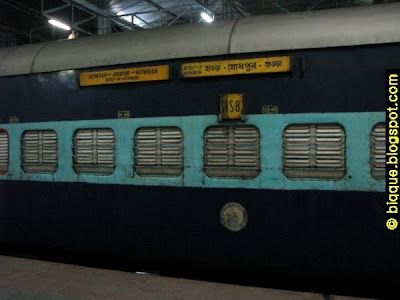 Hubby went to ask the station officer but before he could do that, he saw on the board that the train is delayed…TO 10.00AM!

By this time, locals started to wake up, brush teeth, spit here and there, right in front and next to us. We got up and changed our comfort zone, and went inside the waiting area. Doing nothing, hubby played father-daughter with Aqilah. Shweet. 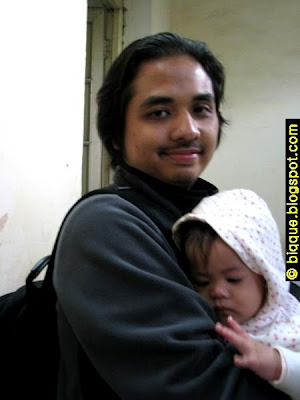 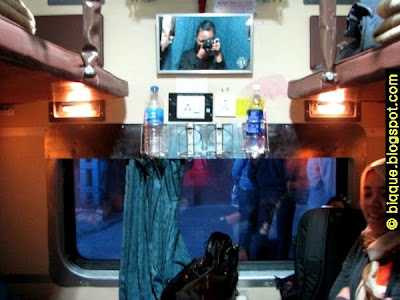 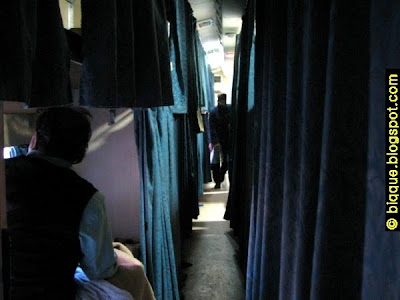 We were surprised to see that we got this type of seating when others had to mingle around with unknown passengers either on top or below of them.

Tips : You would never know how your seating looks like. It’s all about luck, bebeh.

The girls booked the top tier while the guys conquered the below tier. While eating those yummy leftover pizzas with “serunding”, the guys had to play some daddy’s game while mommas had their own gossip session…and we felt asleep in this five hours journey. 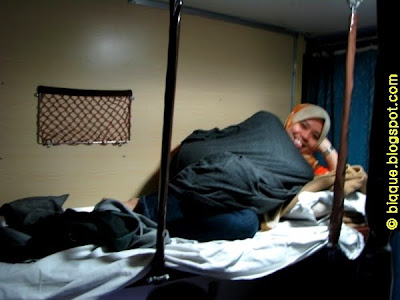 Chawana’s hubby, again (as what Chawana claimed), missing in action when he went to snap some pictures in another coach. He came back and told us how pity the passengers there, where they had to sit on hard benches, and no comfy place to sleep. Unless they bought sleeper coach, but you don’t want to imagine how was the condition.

When the train stopped, we quickly hopped down the train as the train will head straight to somewhere else. At the corridor, we had no idea where to go. Locals passing by, with strong smell of ammonia assaulted our nose. We followed the flow and before we reached the stair, a local guy approached us. 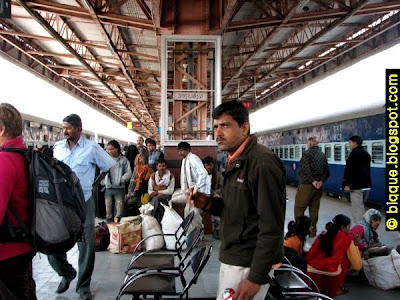 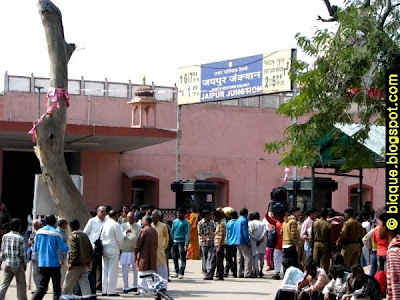 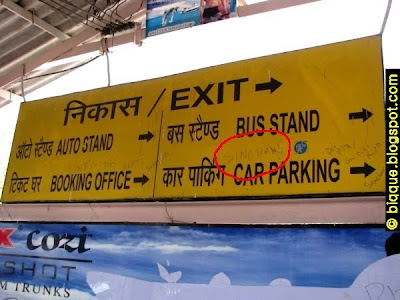 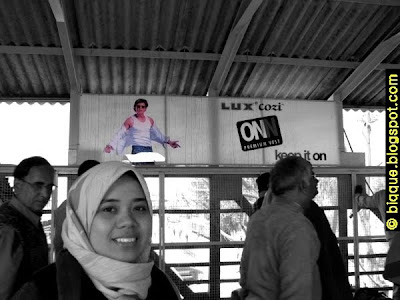 Tips : Always let them put their price first. You’ll get an idea how far or near will that place be. Negotiation of fare should starts at 50%. The most that you should allow is 70%.

We bargained and we agreed for Rp40=RM2.80 for a place that I was strongly believe, located nearby. But, Rp40 for a cab, quite acceptable.

I was right, the hotel just few minutes away from Jaipur Train Station. We unloaded our things and checked in. The cab driver tried his luck by offering us a city tour for Rp600=Rm42.00 but were lazy enough to think at that moment. WE NEED FOOD! NOT CITY TOUR! 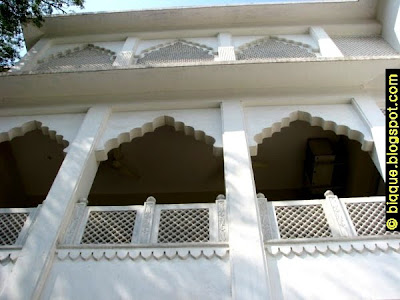 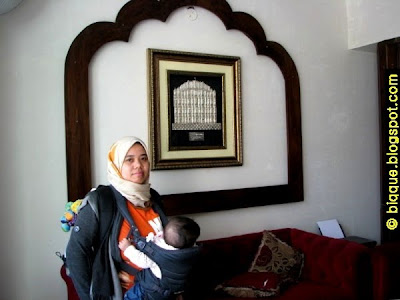 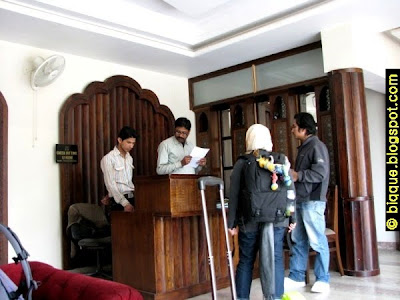 The room was spacey and clean. We even had fan in the bathroom. Yes, A CEILING FAN. Adding to the excitement, there was a water filter and the water tasted chlorine! Yeay! The water is treated! Hahaha! 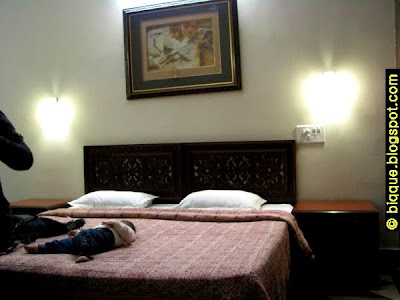 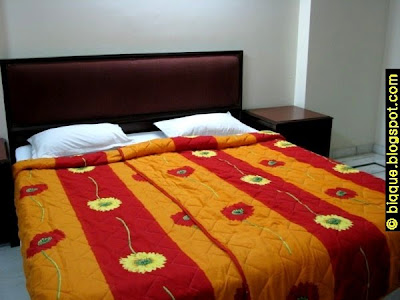 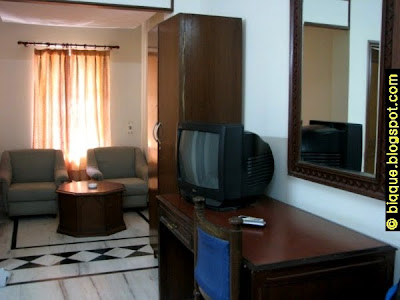 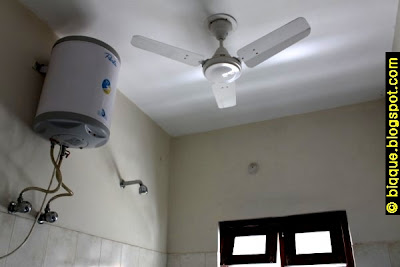 Without wasting a minute, we grabbed the menu and started to google the food name. On the menu, I saw the WIFI password and WOOHOO, we are logged in! We planned to eat a horse but they didn’t supply any meat. Hahaha! 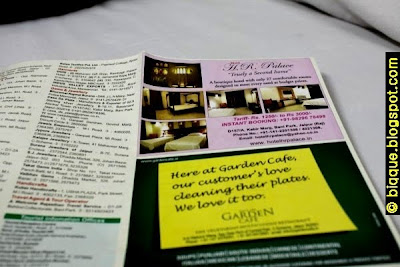 We ordered white rice and jeera rice, with some authentic Indian foods like aloo gobbi and spicy gravy and the food wasn’t that bad. 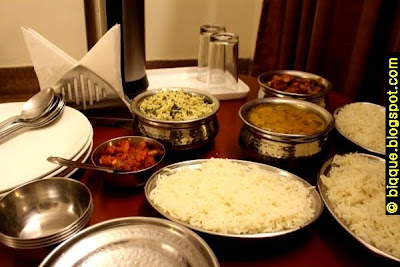 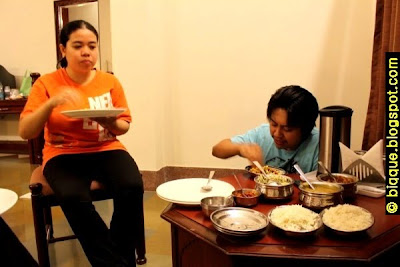 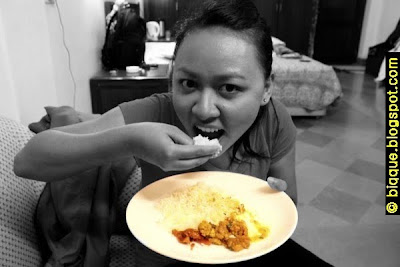 We ate ALL and while eating, we discussed about our next plan, to explore Jaipur in another two days!

Unbuttoned by Biqque at 9:27 AM

This is about travel n vacation, travel-india-jaipur

Must been a great experience, Jaipur is even more lovely and awesome.

Looking forward for the pictures on Jaipur.

what was the wifi password . if you remember them please tell me .