I had no idea why hubby chose to visit this temple. But right after we reached this place, I was surprised to see that this temple was designed according to lotus flower!

Before we entered the temple, hubby and I crossed the street to get some cold drinking water. We paid as per what stated on the bottle, and as usual, we got ourselves a trusted brand, Kinsley.

We walked towards the entrance and thank god, there was no entrance fee. 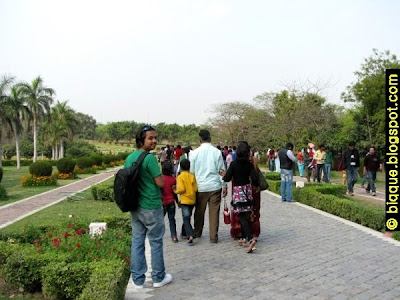 “No, I’m not gonna donate for a religion that combines all faith…hahaha!”

“And we have to queue???” Believe me, the queue was superrrrrrrrrrrrrrrrrrr long! I guessed, there were thousands of visitors before us. AND IT WAS HUMID!!!

“Please get in line! Get in line!” A lady officer instructed everyone to queue.

At first, we queued…for 20 meters…but then we started to play dirty by skipping some visitors by taking pictures here and there. Hahaha! Later, we saw more and more tourists walked on the other side of the direction. We walked off from the line and joined them, slowly walking towards the other direction!

Tips : Try to walk like you have no idea where the line is. Hahaha!

Which later we reached the end of the first queue. 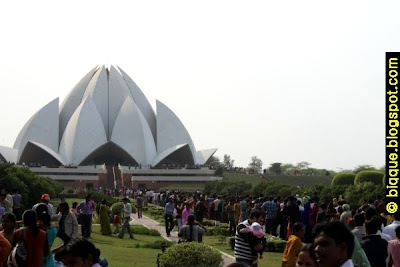 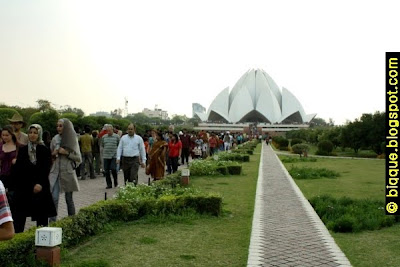 “Crazy pack! Are we going in?” We discussed for about 10 minutes before we ended up taking pictures from far. 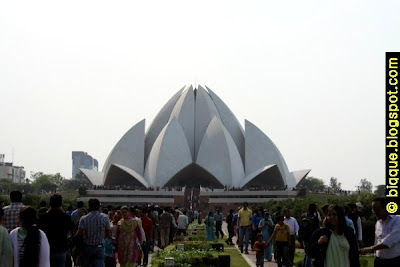 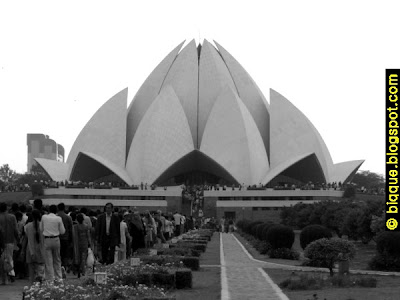 I still can’t believe how packed this place with visitors. What’s in there, I wondered.

“Ok, I have no idea what’s in there but I know, everyone can pray or chant in any language that they believe in, regardless what’s their religion is…”

I was told by hubby that we are not allowed to make noise, same goes to any types of choirs or musical instruments. It is not allowed to be played in there. 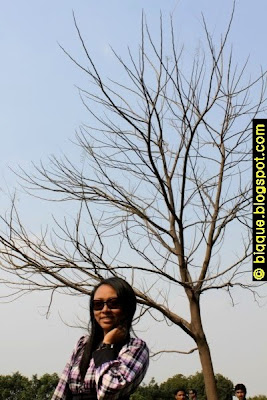 Opposite the Lotus Temple, there was one underground building that kept all info about this place. We didn’t enter and continue enjoying this beautiful architectural structure that put Eiffel Tower and Taj Mahal into shame. Why? Coz it once received 50 millions visitors in a year. 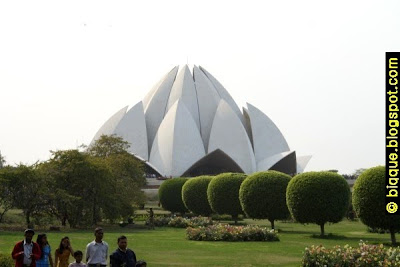 Tips : This temple is best viewed from above, where it is surrounded by a pond. But it leaves you with no choice, to view it from the ground.

We didn’t plan to spend more time here, at this place, so we walked out from the compound. At the main gate, we snapped few pictures of the signboard and read its introduction. (Now only want to read meh?) 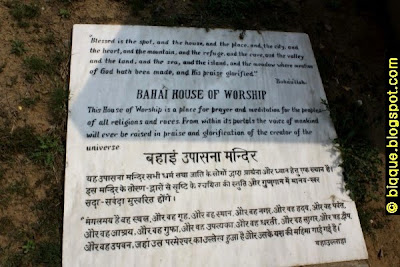 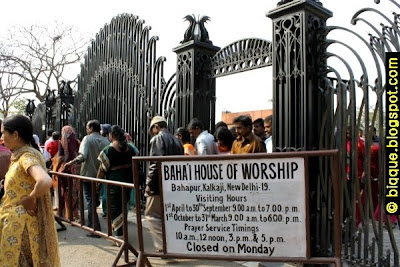 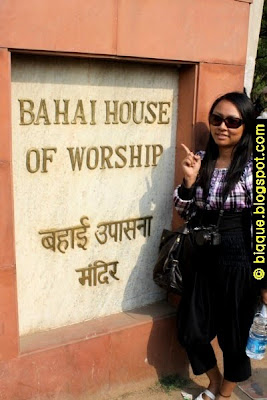 Hubby and Chawana informed that there was metro station nearby, so we decided to walk to that station.

Leaving the temple, we noticed that this place is listed in HOHO, but we saw none tourist bus there. Along the sidewalk, there were street vendors selling snacks, shades, and drinks. 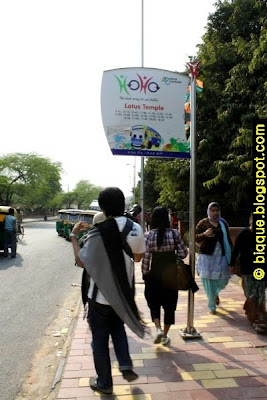 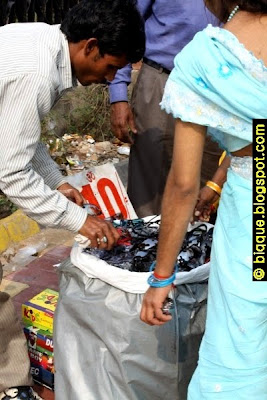 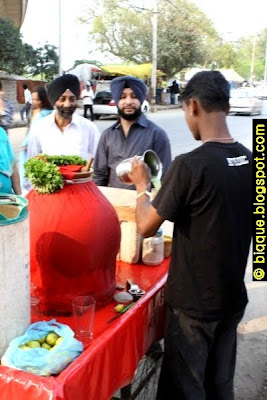 “If it’s not because of his hand, this place, dust and dirtiness, I would have bought one…” said hubby. 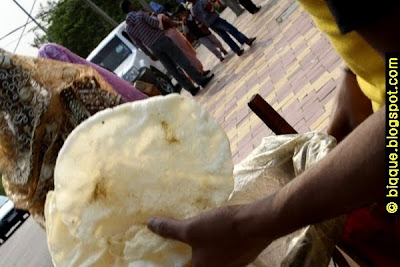 “OMG! I SAW HAIR ON IT!” Chawana continued.

We stopped at one spot, outside the gated area, where we still able to see the Lotus Temple. We captured more and more pictures of Bahai House of Worship. 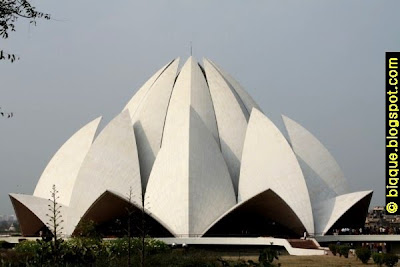 And not for long, we reached the Kalkaji Mandir Metro Station and bought tickets to the next stop, to visit the Red Fort. This metro station was using a coin-type ticket in blue and black color. 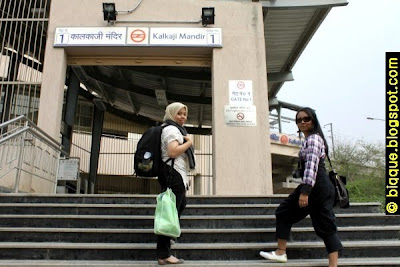 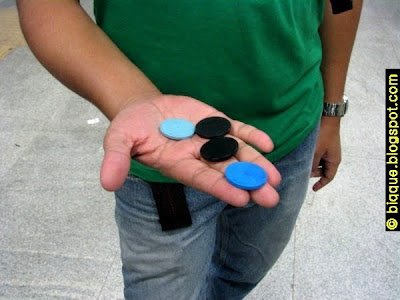 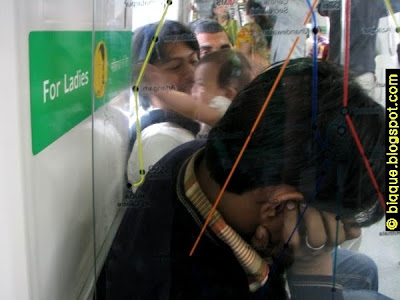 We hiked the train and stopped at Kashmiri Gate, where I considered this station as one of the biggest station. Since it was raining, HEAVILY, we decided to have dinner first. We chose Urban Spoon and ordered some vegetarian noodles, and the taste wasn’t that bad. The only thing that was not right at this station, there was no toilet! Argh! 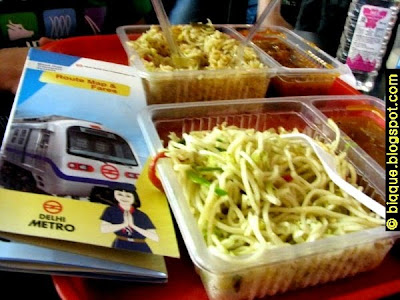 Tips : Train your stomach not to always answer to nature calls.

About almost an hour, we walked to the exit gate and one by one, entered the coin, passing the machine.

We started to look curious and furious. From the other side, we instructed Chawana’s hubby to go to the ticket counter and asked. He came back to us and told us that he has exceeded the time limit!

“WHAT??? I JUST WENT THROUGH! YOU WERE JUST NEXT TO ME!” I dissatisfied and started to shout at the two officers who stood nearby. I called them and asked them why it was so.

“Err…you can’t stay for more than an hour in this station…” one of the officer explained.

“WHAT??? WHERE??? Is there any statement stated that???” I refused to accept.

“Its on the board…” he then walked to the board and try to find the lines.

“AND YOU PUT THE BOARD OUTSIDE THE TICKET AREA??? How can we read that???” I started to be Donald Trump in his cutting session.

Everyone remained silent. With their guilty faces.

“Ceh…wasting my time shouting at them hahaha! Come on, nonsense kannnnn!” We laughed angrily.

Tips : Beware! You must leave the station before it reaches 2 hours. 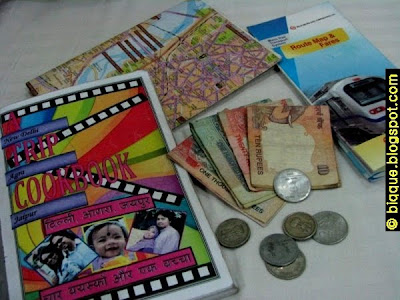 This is about travel n vacation, travel-india-delhi

You should have gone inside the lotus temple, it is really a peaceful spiritual atmosphere. From what I know it is Bahai place of worship, but they allow other people from other religions to pray in their house of worship.

If you going to start a essay then you have to make a great study on your essay topic. InDigitalEssay.net my academical essay. I had taken a online essay writing service to complete my essay. Because they can write a best essay as our specifications. I kept the service link in the source. DigitalEssay.net  Good luck!