That morning, we brought as minimal as we can. Last night, we decided to re-visit Katoomba, to experience the famous Blue Mountains. Apa la guna datang Sydney tak pegi Blue Mountains ye dak?

We did ask few students in Malaysian Hall on that day’s weather, and they said that one-day snow had gone. So it was a perfect day to visit Blue Mountains. Beforehand, we decided to go to Paddy’s Markets, to get some souvenirs for friends and family back home.

Note : Bus stop is just right in front of the petrol station, next to Malaysian Hall. You just need to know the bus number and which way to wait for the bus. 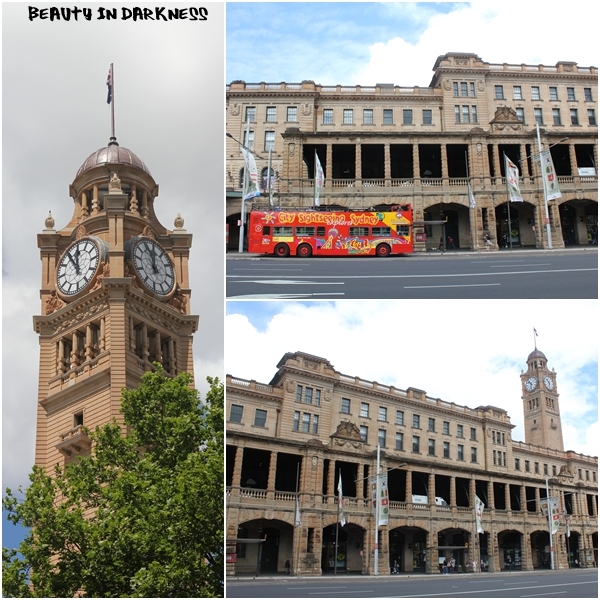 We rode a bus to Central Station and walked through one garden, right opposite the Central Station. Glad that it was a walking distance, in order to reach Paddy’s Markets. In between roads, we say trams that operated around the city. It was an easy and smooth journey in locating the Paddy’s Markets, where we obviously saw a brownish tower building with “Market City” stated on it. 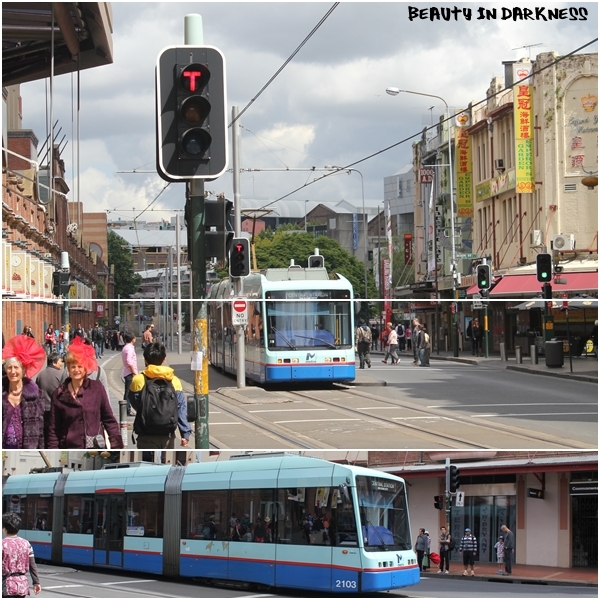 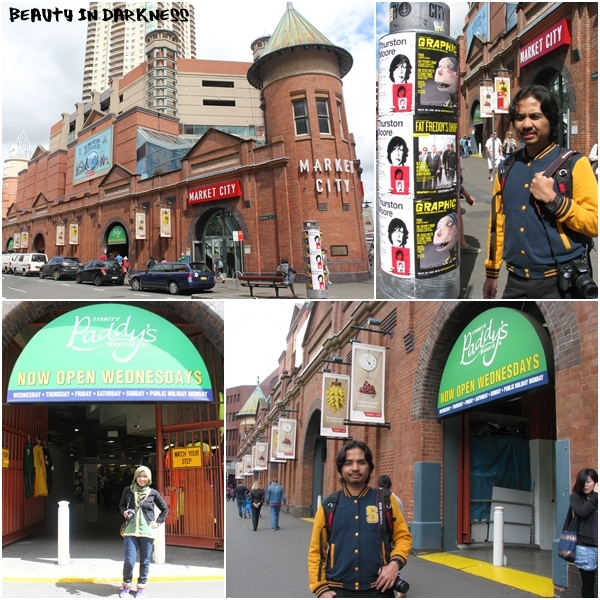 Inside this 150 years market, we saw rows of clothing, jewelry, bags, sunglasses, anything, you name it. Back in 1834, this market were selling secondhand goods like clothes, novelties, toys and pets, targeting the white people. But looking at the vendors nowadays, it is monopolized by the Asians (particularly Chinese) and some know how to speak our language. 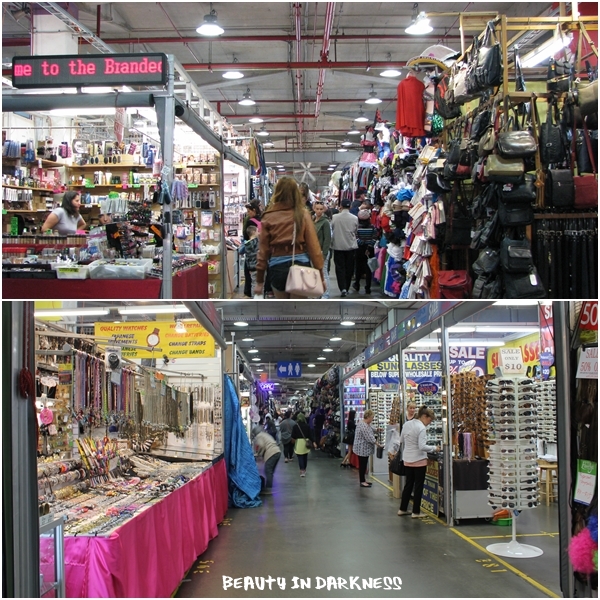 Note : Being one of the Australian icons, Paddy’s Markets is a must place to visit, especially when you want to look for souvenirs. It is reachable by bus (#408), train (Flemington Rail Station), or car (park at Wilson Parking Station). More info here :
http://www.paddysmarkets.com.au/index.html

I quickly bought all souvenirs at the same stall, where we bumped into 4 Malaysians who just landed that morning. We managed to change info while selecting tote bags and t-shirts with Sydney, Australia wording on it. I tried to minimize the buying, for we will be going to Blue Mountains afterwards. 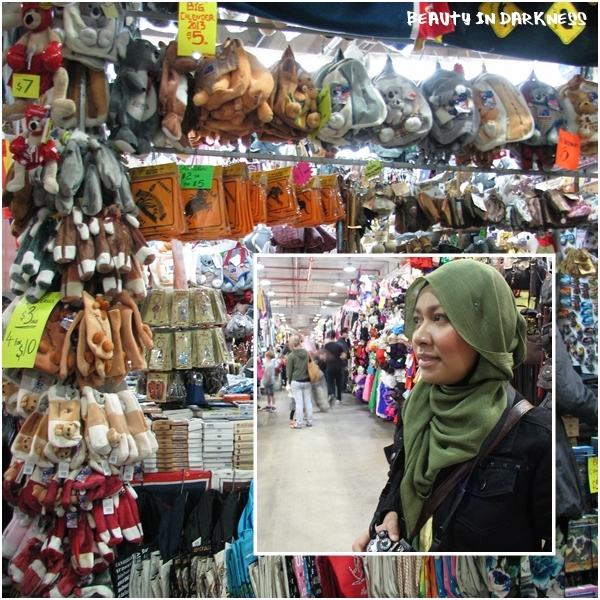 From Paddy’s Markets, we walked back to the Central Station and looked for ticket counter. We purchased a return MyMulti3 ticket (AUD11.60 for off-peak) from Central Station to Katoomba, and back to Central Station on the same day. We went to the designated platform (Platform #12 to Lithgow) and waited for the train. 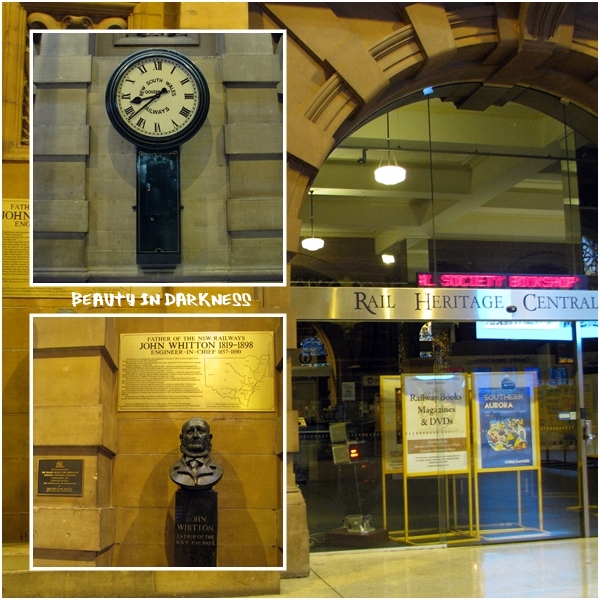 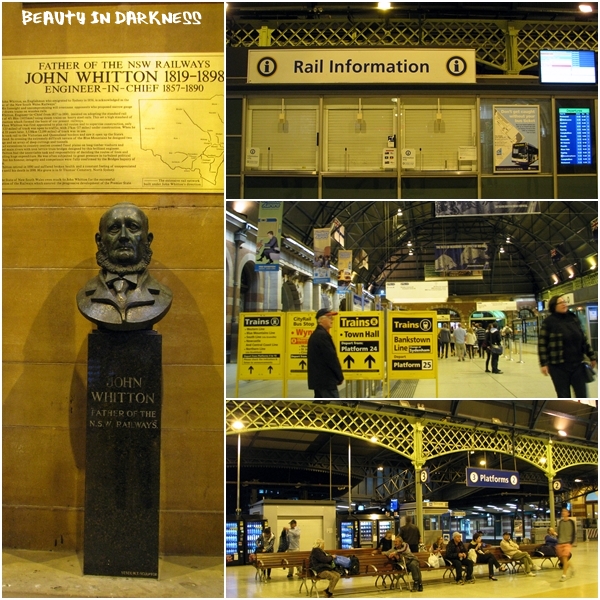 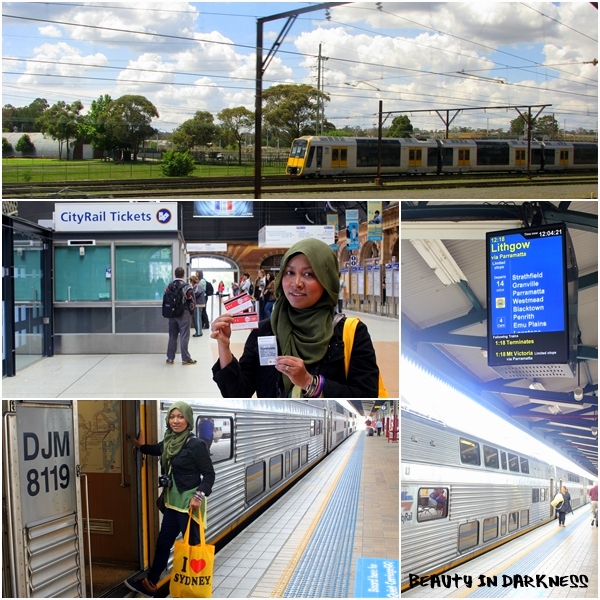 Note : Return ticket is cheaper compared to Day Pass. Lithgow is the last stop. To go to Blue Mountains, you have to disembark at Katoomba. Do not sleep!

A double deck train later arrived. Once we entered the train, “OMG!” I was stunned.
“Vandalism!” Hubby commented. And he continued, “See, so uncivilized…they thought they were doing graffiti. This is obviously NOT a graffiti.”

“Teruk gile!” I condemned the activity.

“And guess what? We don’t see this in India, though the carriage was hideous than this.”

Oh ya, these local morons even vandalized the seats! Pfft! 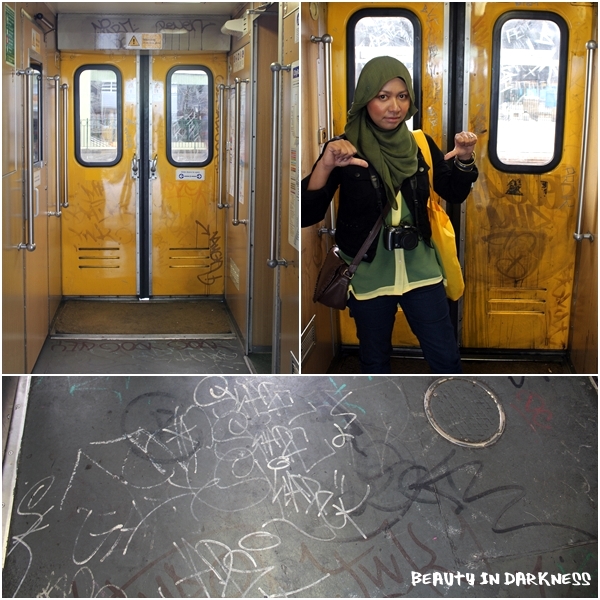 It was a free seating train, so we just picked a spot. Along the way, the train stopped at more than 20 stops including Linden and Wentworth Falls. We killed time by reading maps and video-acting, before we finally reached Katoomba Station, after 2 hours train ride. 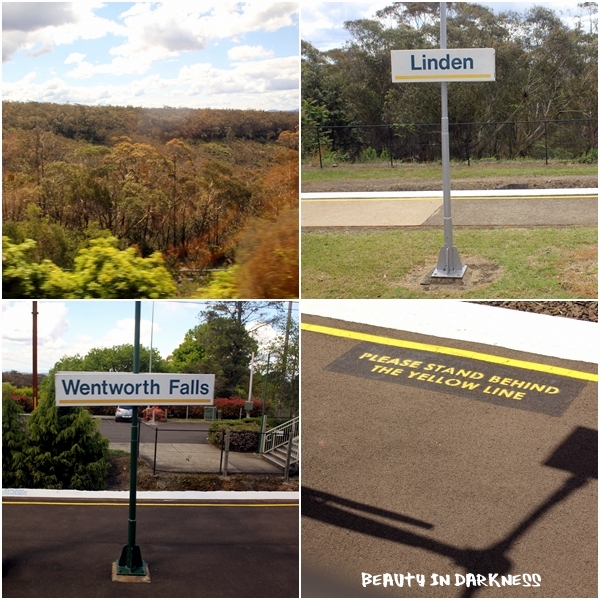 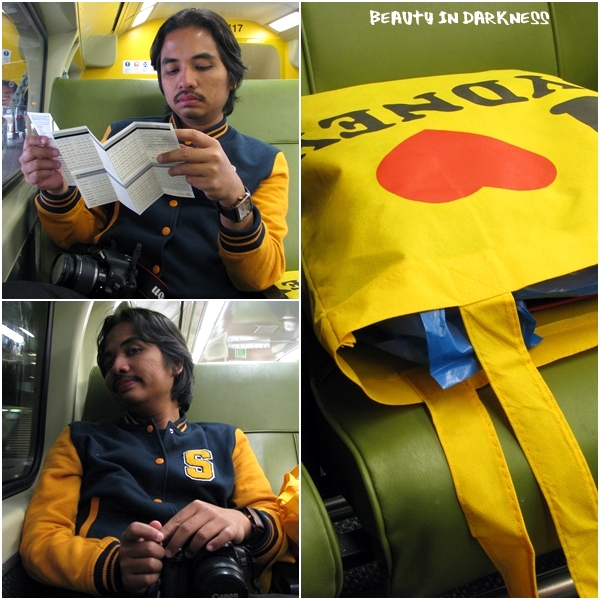 The station was quite small and old-school. The building is built and painted nicely in orange and brown colors. There was a cute station master’s office in one of the rooms. On top of the rail track, there were old unused trains and a big billboard of Three Sisters. Hubby and I started to be kiddos and play around with what we saw at the station. 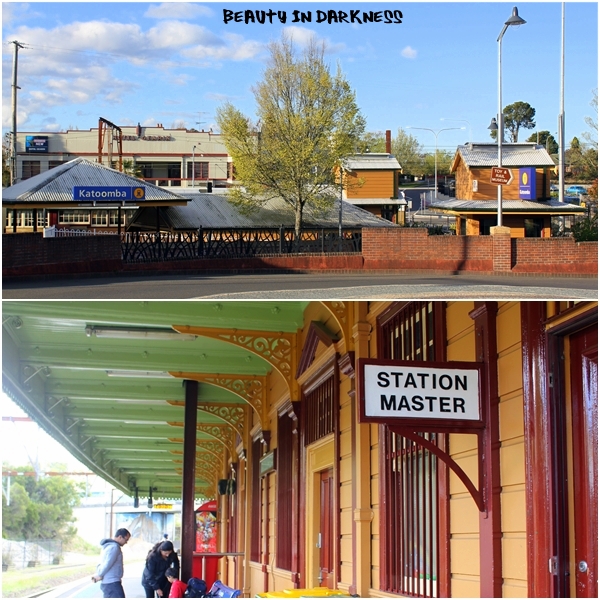 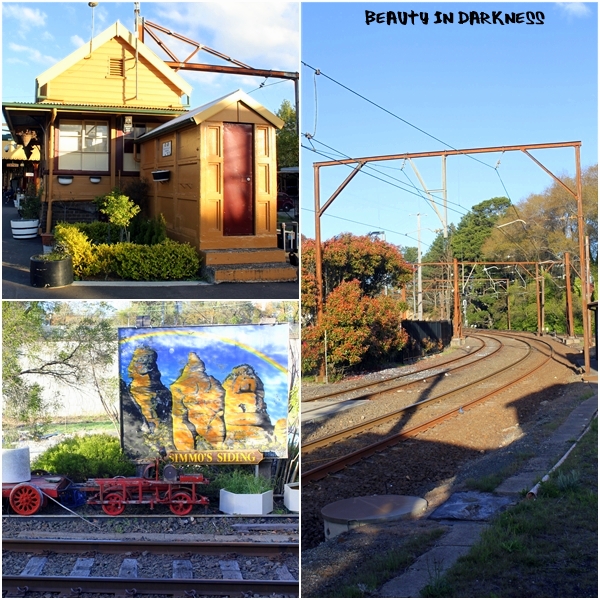 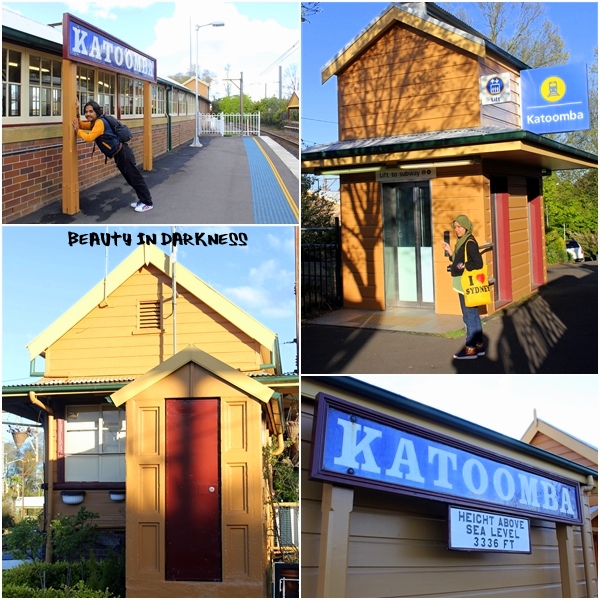 We got out from the station and walked towards a row of shops, where most of them was not operated. We had no idea where we should go and how far was Blue Mountain from there. Thanked God we had everything prepared in our Tour Cookbook.

Note : Bus to Blue Mountain can be found right in front of the Carrington Hotel. Look for Shuttle signboard. It brings you there for about half an hour.

And so we walked. We walked further up the hill and saw the Carrington Hotel on our right. Right in front of it, there was a shuttle signboard where lots of foreigners were queuing in a long line. 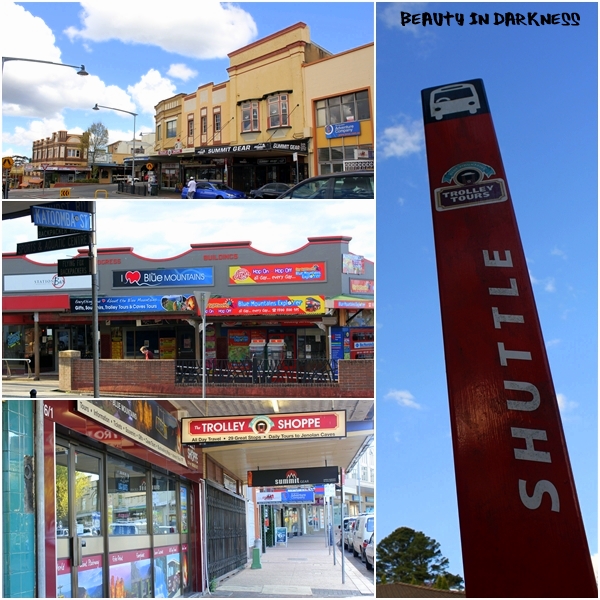 “The bus is not here yet, we eat first.” We had another 10 minutes.


Since we had enough time to spend, hubby and I decided to have a quick lunch at this hotel. No, not IN the hotel. IN FRONT of the hotel. Miskin maaaa. 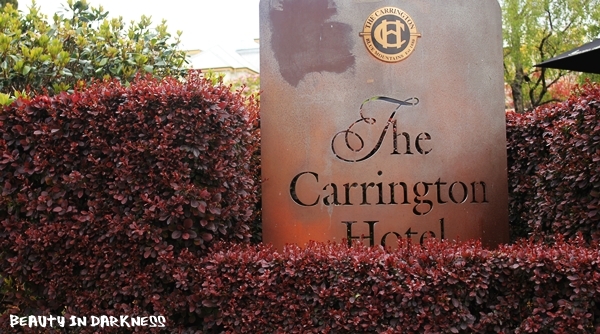 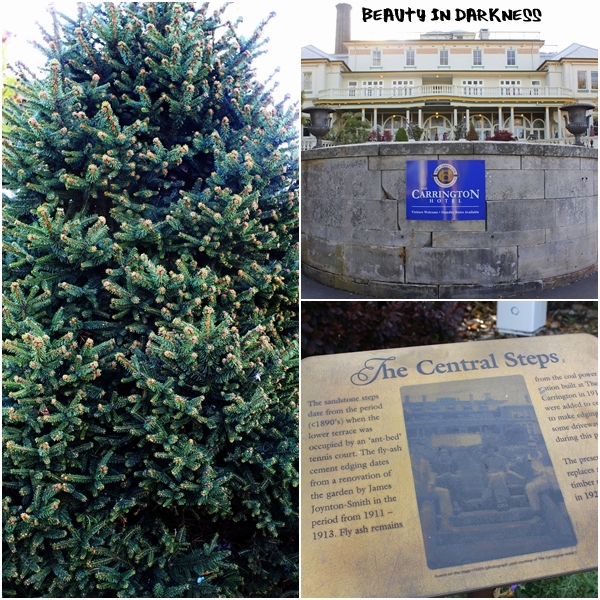 We went to the nearest convenient store called Go-Lo, and bought a can of tuna, tortilla wraps, and a bottle of Arizona ice tea with peach flavor. SUMPAH SEDAP! And it was cheap! Sitting on the bench by the 100 years Carrington Hotel’s garden, we wrapped the tortilla. 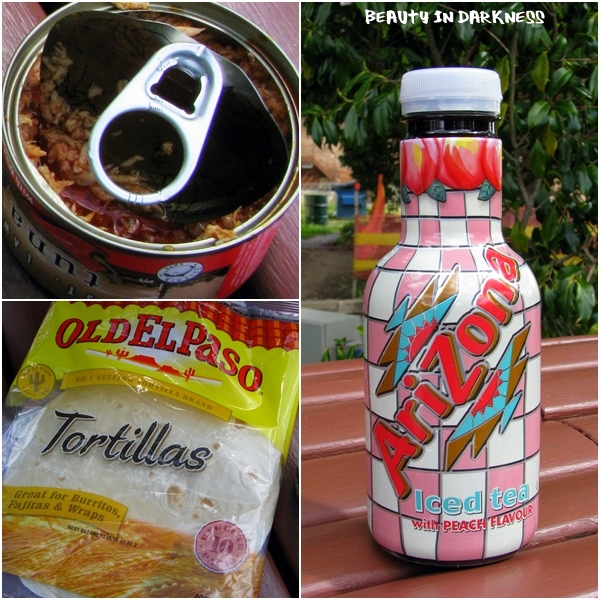 We was about to have a bite when the bus came!

“Nevermind, we take the next bus.”

We continued eating and while waiting, we killed time by snapping more pictures of the hotel and its garden. Not much, but ok la. 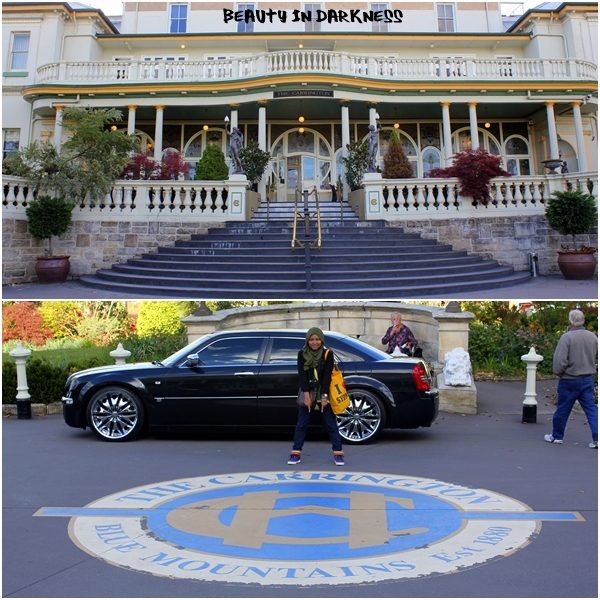 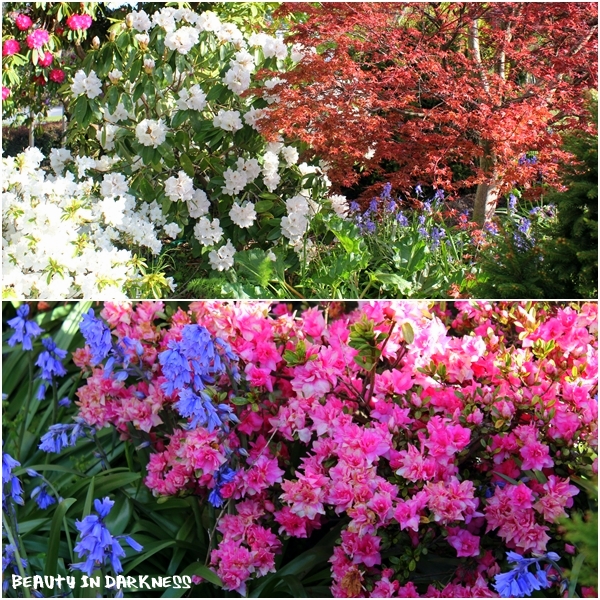 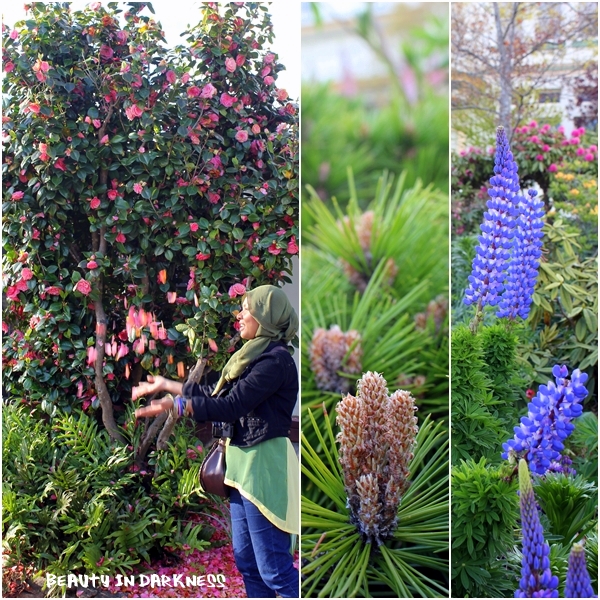 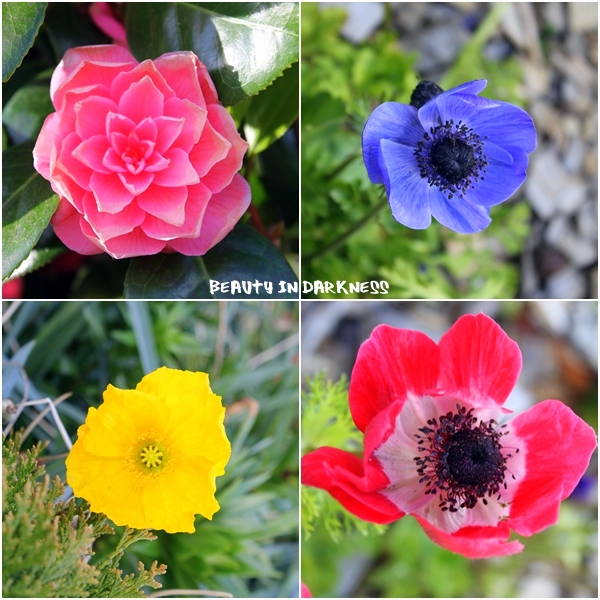 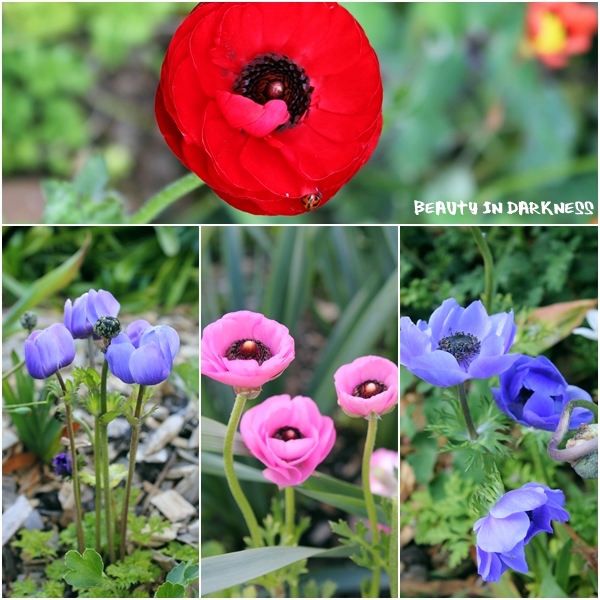 Unbuttoned by Biqque at 2:00 PM

nordinabilah, i was in KYPM Kuantan (they called it MCC) for two years. then tak dapat fly to US sbb recession, so they sent us to UiTM Shah Alam...nape? kenal sapa2 kah? :)

The hotel and flowers are so pretty! Their colours are so unique and fresh looking.

I like the market scene and I am surprised that in 1834 they already sold second hand stuffs!!!

twilight, ya, they were selling to immigrants maybe, that's y cheap-cheap one :D

Just stumbled upon ur blog. What a coincidence, coz i just bought the tickets to Sydney in Oct :) hehehe
thanks for your info on Blue Mountains. I guess it is a must visit place kot.

I will going there for 6 days, is it enough to cover Blue Mountains?

Thanks for your help.

hi reen, ya...would be enuff coz BM just need one full day (unless u want to visit all lookouts). have fun in sydney! :)