Once we walked out from the arrival hall, there was a familiar scene where locals started to approach us for taxi. We did ask one of the taxi operators and we were asked for 100,000rupiah=RM30 since our hotel is located at Zone III. What???!!! We brought 500,000rupiah=RM150 each and we are not going to waste it just for taxi! (RM150 for the whole Makassar trip, can you guys believe it? Hahaha!)

Then hubby saw one local bus counter that stated “Near, Far, Same charge.” Ok. That was good enough. We showed the bus operator the Makassar map and asked him where to stop, and roughly we got the idea where we should go.

Tips : If you are adventurous enough, try to take Damri bus instead of taxi. 15,000rupiah=RM5 to anywhere in town. CHEAP! You just have to know where to stop.

It was still raining, heavily. We thought of calling Anis, the blogger-doctor to be, who currently studies in Makassar, by asking one local on how to call her number. But local seemed to be not quite comprehend on the +6 with 12 digits that we showed. We skipped the calling part and then waited for the bus, and right next to me, there were three local girls, whom I believed, work at the airport. I approached them and asked about the local bus and luckily, there were also waiting for it.

The bus later came and we hopped in with other locals. On the bus, we met one guy whom once, worked as labor at KL, and had been to Melaka, Johor, Sabah and Sarawak. Such a nice guy who asked us what hotel we will be staying and how should we go about it. And not him alone, the other two old men, including the bus driver, also helped us in verifying the place where we should stop. At least, we met a good bunch of locals in Damri Bus.

The bus driver stopped near the Galail (one small supermarket) and told us that was where we should stop. We were the last two to hop down. I felt like giving extra money to the bus driver to bring us to the hotel. Hahaha! Coz it was raining! And we had no umbrella or whatsoever to cover our heads!

Tips : You have to let the driver know where you want to stop or else, say "Kiri pak" (left please). The bus will stop wherever the driver wants.

It was dark and it was still raining. We walked few meters and finally approached one cycle-rickshaw with 10,000rupiah as fee. At least, we didn’t wet our clothes since the cycle-rickshaw had plastic cover in front of us.

Not long after that, we reached our hotel! HUH? So near? It was like right, left, right, and there we were?! Duhh! If it wasn’t raining, I bet, we gonna reach this hotel on our own feet!

Tips : Just walk coz what you see on map within 3km radius is actually near.

Nevermind. We had to be prepared for another GREAT thing to happen, the credit card for confirmation that I didn’t bring. Bismillah…

We went straight to the hotel reception and without saying anything, I handed my passport. The receptionist was looking for my name in her PC. I then distracted her by mentioning my name once I saw my name displayed on the welcome board. She then checked us in and passed back my passport. 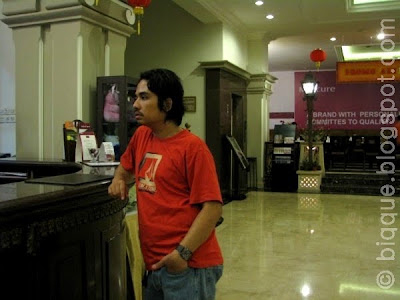 THAT’S IT??? HAHAHAHAHAHAHAHA! Alhamdulillahhhhh! No question asked, and no credit card to verify.

Off we went to the room that was located on the second floor, at the end of the corridor, where we saw one huge area that was only covered with pieces of woods. Owh! The issue that being complaint over the internet, where this Mercure Hotel, formerly known as Royal Regency Hotel, is actually under construction.

Tips : This hotel is worth to stay. Breakfast is not included but not to worry, Muslim foods are all over Makassar.

I didn’t bother to care, as long as they work during day time. The hotel room was slightly the same as other Mercure’s, but Borneo’s was bigger. The only thing that I was fancy about, they had over 40 channels for you to watch, from movies to news, locally and internationally. And that’s how we know the Egypt’s latest condition (24hours live), the latest story of Luna Maya and Ariel (he will be detained for 3 years), few uncensored movies (yup, saw some nipples around), and Hollywood actors speak Indonesian. 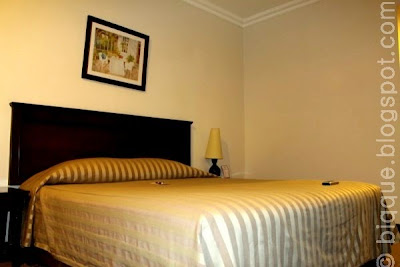 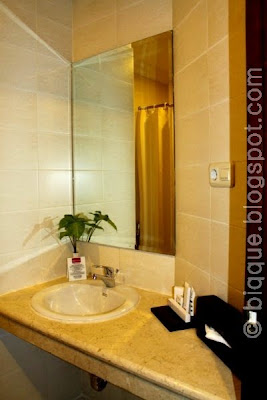 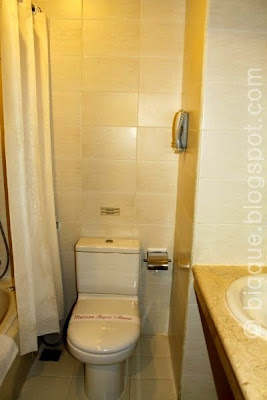 And it was still RAINING!

We haven’t had dinner. So we gambled, borrowed one small umbrella from the hotel, walked in the rain, and stopped at one Wartel. Hubby decided to buy one Sim Card, in order for us to be able to call/sms Anis. We need to contact this girl. Coz that’s how we know where the hell Makassar is, and bought two tickets for only RM50 for two, just to find out how Makassar look like! Hahaha!

We browsed through all types of Sim Cards. Some came with 5000rupiah free airtime and some with 3000rupiah, with only 10,000rupiah=RM3 as the total pack. THAT CHEAP?! So we chose SimPATI, with 5000rupiah free airtime. The girl who was selling the starter pack helped us to register and we tested by calling her number. We then tried to call Anis, but failed to reach her, regardless with +6 or not.

Tips : Get yourself a starter pack (if needed) during your stay in Indonesia. It's cheap to buy and easy to use. 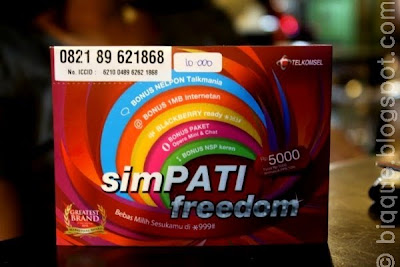 Across the street, we saw one restaurant, Teras’ta Resto & Café. We crossed the street and sat at the open area. We ordered one rice with buttery chicken, one hot Teras’ta fried rice (their specialty), with two ‘es teh manis’ (teh o ais). The food wasn’t that good and both of us couldn’t finish it. We stayed for a while, watching some funny-stupid-comedy, before we got back to the hotel room. 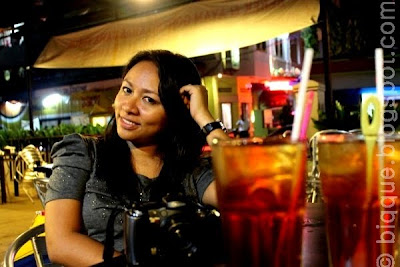 While looking at the map for tomorrow's plan, I tried to call Anis, but still unable to get through. I decided to sms her, hoping that she will reply me back, once she received the message. 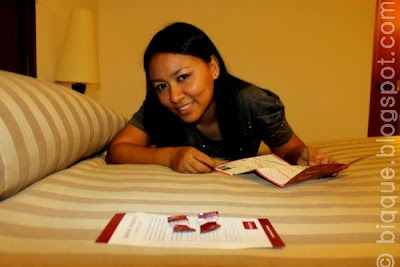 And she replied! YEAY! Will meet her tomorrow at MTC (she asked us to imagine that place is Lowyat) around 6.30pm-7.00pm, for the famous rib! 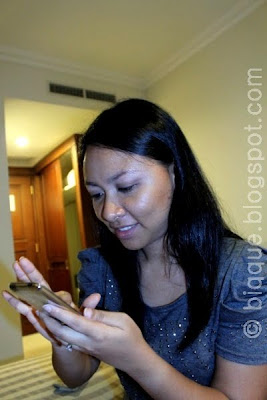 This is about travel n vacation, travel-indonesia-makassar