I towed my bag out from the room and went down the lobby. Checked out and caught a subway ride at Dengshikou Line 5 and made an interchange at Chongwenmen Line 2, and stopped at Beijing Railway Station. It was a tiring exercise as we need to lift up the bag, walking down the high steep stairs at every station, with thousands of locals occupied the subway area and the train! Argh! 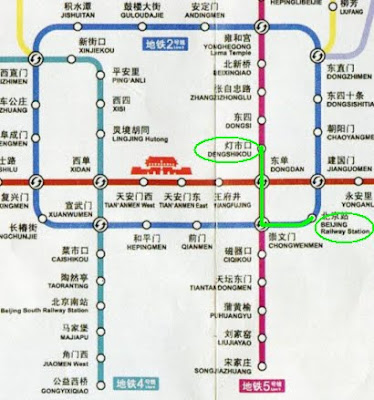 Lucky, I saw them behind one big pole that almost blocked them up, just in front of the McD. We made a move and headed to the ticket office. Since too many people queuing, we decided to purchase the ticket at the vending machine. I bought first, and then followed by hubby. Too bad, we were stupid enough to buy 2 tickets separately, so the seating were then separated. Unlike us who bought second class ticket, Fara chose to buy first class ticket, but unfortunately, first class tickets were sold out. 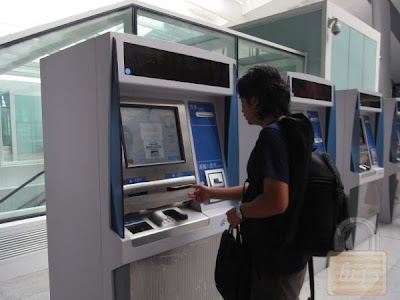 We walked up to the waiting area and started to walk into the queue, but was called up by one of the officer,

“Yes, this way please.” She directed us to wait next to her.

“Eh why ar?” I whispered to hubby. The queue was super long and we had to wait next to her? "Are we in trouble?" But she was smiling...

“It’s ok. It is our pleasure to serve you. Where are you coming from?” She asked.

She then asked us to snap her picture with us and gave her email address, and asked a copy to be sent to her. Hahaha! What a nice officer. Maybe her superior will reward her with something for this initiative. Hehehe! 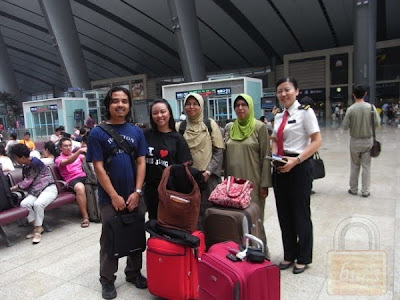 She then walked us to the front and opened the VIP gate, for us to pass in. WOW! Believe me, EVERYONE who was queuing, looking at us, and I bet, cursing like hell! Hahahaha! What to do…tourist got in first maaaaa! Hahaha! (We bought second class coach, not even the first class coach wor!) 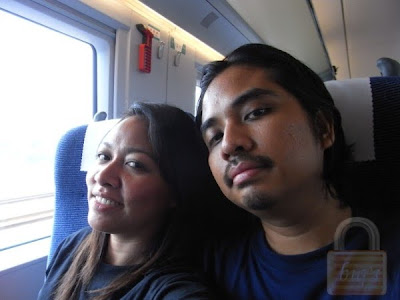 Since we have tried the first class coach the day we came, we didn’t bother to have another round. Second class coach wasn’t bad at all thought seats were smaller. 30 minutes journey from Beijing to Tianjin getting fun and exciting when we finally experience the highest speed of the bullet train, which was 333kmph! (Maximum is 350kmph, anyhow, top speed that ever being recorded was 333kmph!) 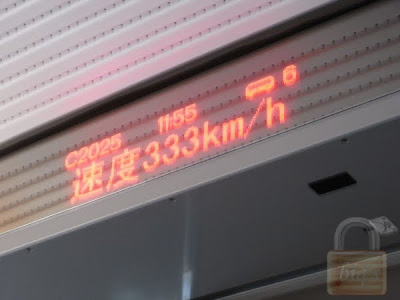 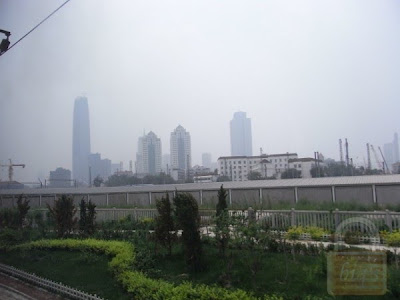 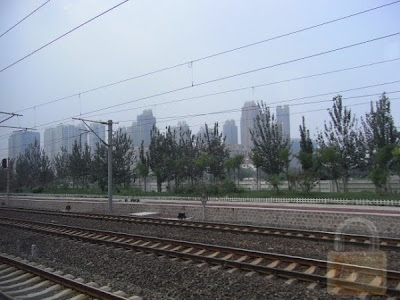 We also saw few replicas of Eiffel Towers on other buildings! Hahaha! These were two of them! 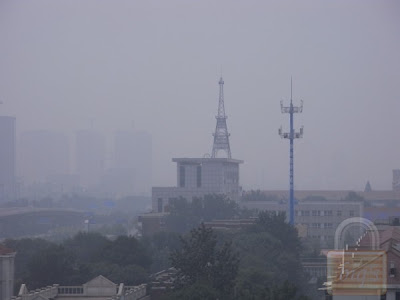 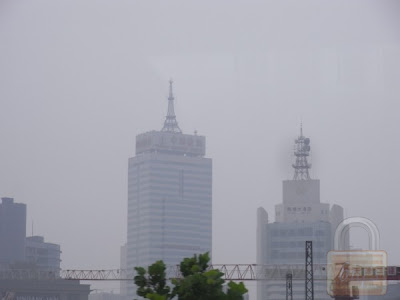 Once we reached Tianjin Railway Station, we straight away walked to the Taxi station. As what Gary has informed earlier, we NEED to hire a metered taxi to Tianjin Benhai Airport, to avoid getting ripped off by illegal cab drivers. We queued up along the railed-pedestrian and waited for our turn. All cabs are in half turquoise and half grey colors. 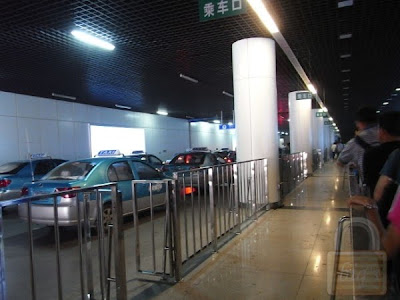 When it was our turn, we had to quickly dump in our bags in the boot and quickly jumped in the cab, without having to say anything to the driver. He (who was the driver) had to quickly drive out from the station, as more and more cabs approaching behind us. It was a very speedy process!

All four of us still didn’t say anything to him, and started to talk in Malay to each other.

“You tolong bagitau dia…” I asked hubby, as he sat next to the driver.

He looked at the driver and said, “Airport?”

“Airport? You know airport?” We kept on talking in English.

He kept on saying something in Mandarin.

He still didn’t show any sign that he comprehended. He stopped the car at the road side.

I quickly asked hubby to show sign language of “aeroplane doing take-off”. Hubby then showed to him “Tianjin Airport…flight…fiuuuuuuuuuuuuuuu” with his hand showing flight take-off.

He still didn’t get us. I then repeated the sign, over and over, complete with the sound of flight taking off.

“OOOOOOOO…wor sher ni ter blablablablabla” and showing the sign of BIRD FLYING!!! WITH BOTH HANDS BECOMING THE BIRD’S WINGS, FLAPPING UP AND DOWN!!!

“KAHKAHKAHKAH!” WE LAUGHED LIKE HELL! Finally he understood that we were asking for an airport!

Along the journey to the airport, I kept on praying that he didn’t bring us to the Zoo or Bird Park. Then we surely missed our flight to Chi Lompo (that’s what they call Kuala Lumpur.)

With God’s willing, we reached the Tianjin Benhai Airport and we had so much time before boarding. I finished all my Renminbi (China’s currency) and bought one little panda for Aqilah, at one of the Tax Free Shop. 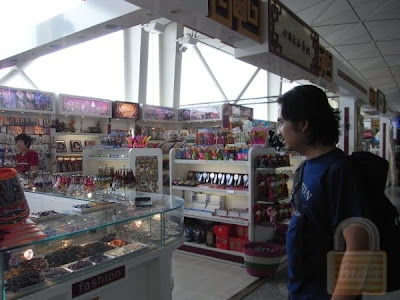 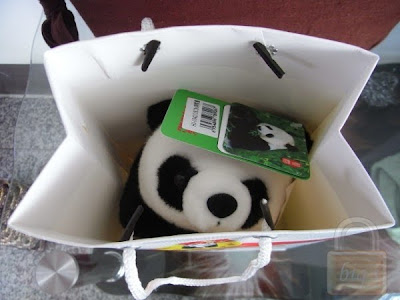 Half way flying, we had in-flight food and were too overwhelmed to see rice! And for the first time, I’ve added couple of sandwiches too! Owh goddddddd, I can’t live in Beijing lah! So long Beijing…babai! 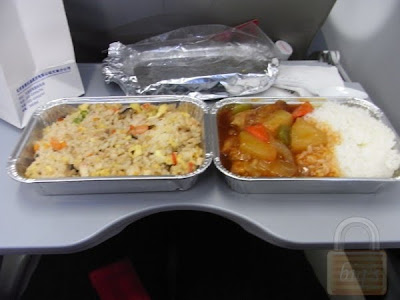