Curtain was the biggest decision that we made in this home makeover, for it took the biggest amount out from our pocket! Initially, we thought of get it tailored somewhere around our house area but the shop was closed. So the second thought that we had in mind was, none other than Nilai 3.

On the same day we purchased the carpet, we went for curtain hunting as well. We didn't spend much time at other shops, since we already had a quick discussion with good quot at MK Curtain Group. We finally decided to seal the deal with this company, since they have free installation service, even though our house is located in KL. 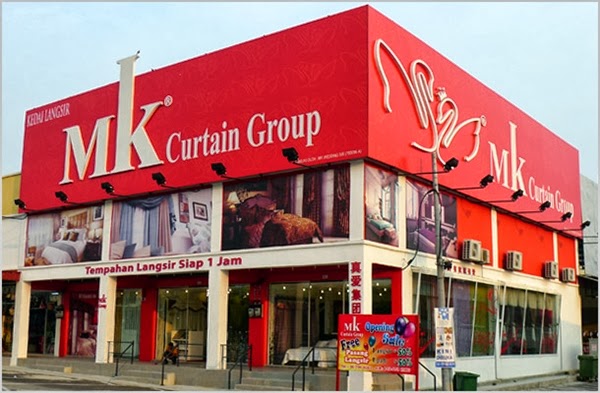 Choosing the material was the most tense job that we had to go through, for it MUST fall within our budget. Again, the design was chosen by none other than Mr. Hubby, while I acted as the financial approver. Hubby just being his mama, chose a good quality and exclusive look, but I, however, HAVE to slash most of his choices down. Pfft! He wanted a "bird-nest" sheer material that cost about RM79 per meter! And we needed like, what, hundred of meters? Gila la kan!

He had no choice but to choose another fabric with RM40 per meter for the living hall, and RM27 + RM12 per meter for day and night curtain for all rooms and common area. Ha rasain lorh! Hahaha!

I negotiated the total price and requested for free curtain retainers with extra 4" plain fabric for curtain headers. The main hall and dining hall will be using the old Ikea railings, since we are using the same eyelet design for the new curtains. We chose a lighter color this time, a combination of white background with blue foreground, sprinkle with lil tiny grey and blue leaf patterns. 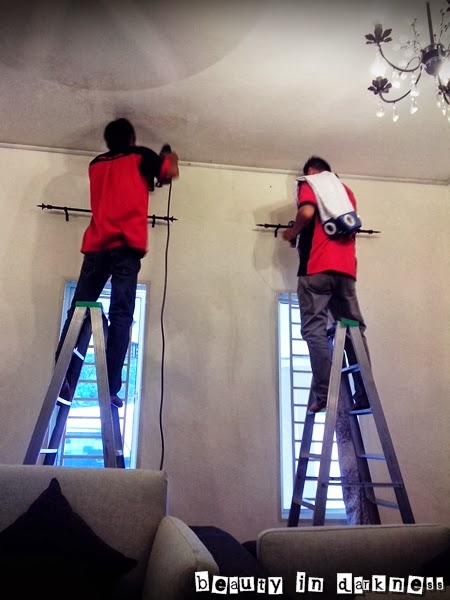 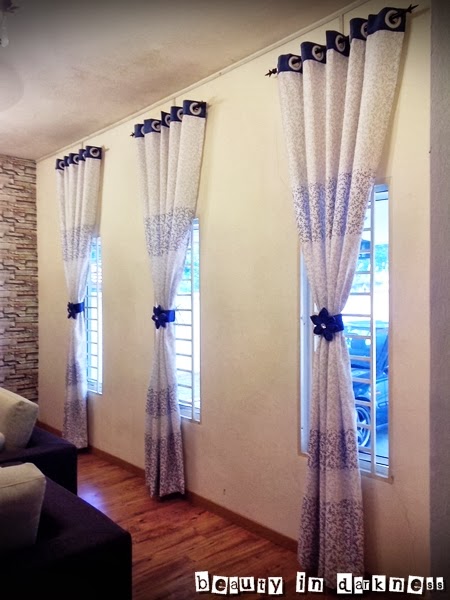 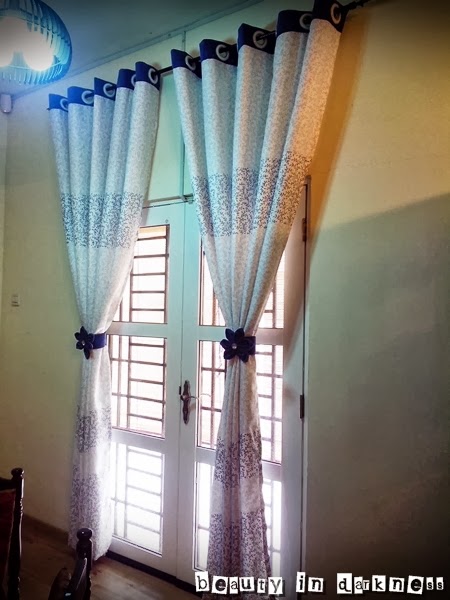 Meanwhile, we chose a sheer day and night curtain for rooms and common area, a combination of light and dark grey (for rooms), light and dark clementine (for common area), with an imitation of "bird-nest" design that hubby desired for. Hehe. Jadila. 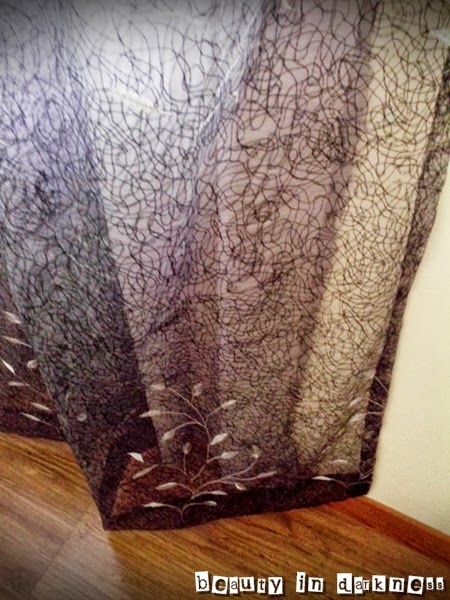 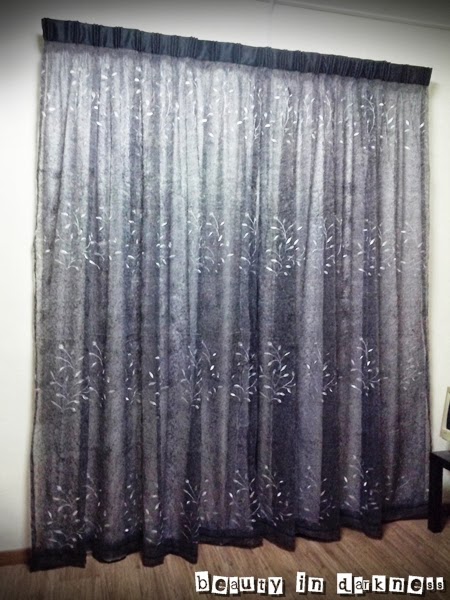 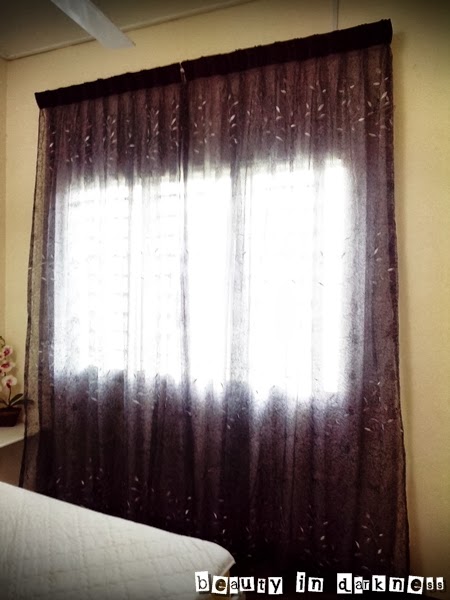 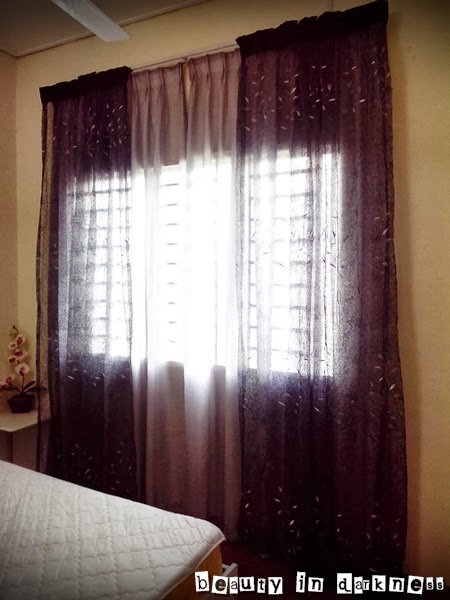 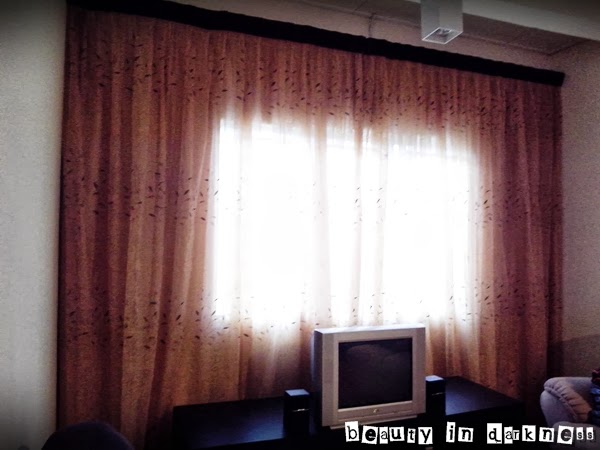 Final "inspector" then came out (who else, Kiki), and thank god, up to today, he didn't have any intention to scratch the curtain. Fiuh!

This is about house

diana, come to kl first laaaaa u havent meet us!

Geeee! Your curtain fabrics are modern and latest nie! I love them so tall like a President's house. You have good taste!

twilight, not as tall as I want...still didnt cover the whole height coz the length of the fabric cannot go anymore hahaha...if not, need to add more kain. ok la...5 years once ma :)