Since hubby and I go to work together, I see no impact if I sell my car. Plus, that will make us live in debtless. So I sold my car last March to my sister in law without any feeling of missing my Black Pearl.

Anyhow…being human…the urge of wanting to have and breathe in a brand new car is almost unstoppable. Hubby and I started to discuss on the type, brand and model of the car that we should get. Any car that can top hubby’s car. Definitely not a two-doors car. Definitely not another sedan car. So, that left us with SUV, MPV, or 4x4.

Knowing hubby being a car enthusiast, who used to have a turbo-generated car, and very picky on the manufacturers, I let him make the decision. MPV was out of the conversation, for it wasn’t relevant at this point of our family-life. Nope, ah-ah…7-seater is not a preference at all. So we left with only two options that were SUV or 4x4.

We started to surf the net and visit almost all nearby showrooms, to have a closer look on the said cars. Ford Kuga and Mazda CX5 were the most two top listed in our heart BUT the price of these two good-looking cars were too expensive. I mean monthly repayment and maintenance wise lah. Confirm tak bleh pi travel oversea slalu!

Out of the blue, hubby popped out an idea of getting a 4x4! I was wondering, not a very bad idea. We can have a SUPER huge trunk at the back kan? So we started to compare which beasts are the best to opt.

First option was Mitsubishi Triton VGT Double Cab (full spec) with engine capacity of 2.5 Litre Turbo Diesel, 178ps max power and 350nm flat torque. What stunned us the most were the sunroof and open-able rear windshield BUT, the handling (suspension for cornering) was out of this world! Overly bumpy!

Second option was Nissan Navara LE (facelift) with engine capacity of 2.5 Litre Turbo Diesel, 170ps max power and 550nm flat torque. In other words, though the horse power is reduced with 8ps, the torque is HIGHER than Triton! And the most things that “held” our brain and heart was the handling, where it felt like we were in a car, not a 4x4. It came with leather seat, reverse camera, xenon light, shift on the fly, and the best part was, it can play DVD, mp3 and various format of USB movies! 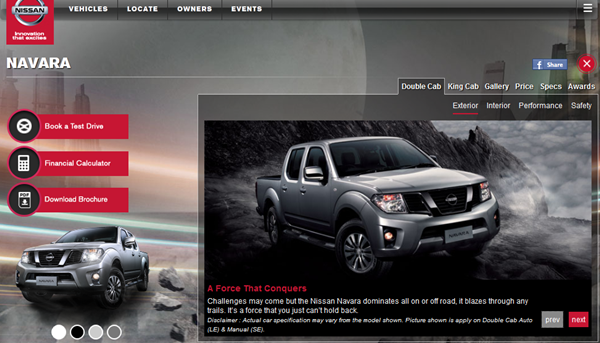 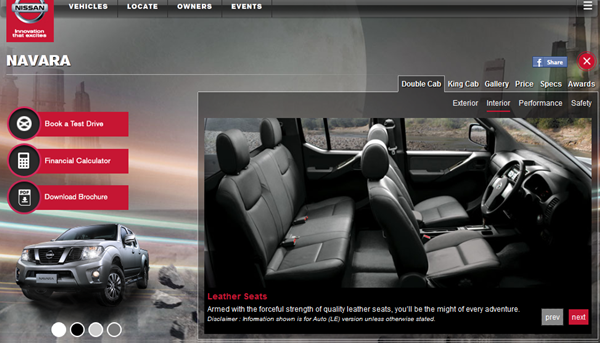 Without any shilly-shallying, hubby straight away decided to go for this beast, also known as Mother Trucker. The shape looks more “American” and it looks beasty in 4x4 accessories. We sealed the deal with 3 free perks of RayTech Armor 60 tint, full tank fuel, and adjust rear seat setting by 2” (the rear seat was a bit straight).

It was end of the year, and we requested for 2014 model in twilight grey (as per below image, without the roof bar). I tried to force Nissan to expedite the delivery and guess what, the salesman did it in just 2 weeks time. Woohoo! Though the beast had minor scratches on gear console, overall, we were fully satisfied with the monster. As of today, we enjoy the feeling of sitting in this high-seated car, looking down into other cars and laugh on what they are doing. Nak overtake pun senang gile sebab keta lain takut! Hahaha! 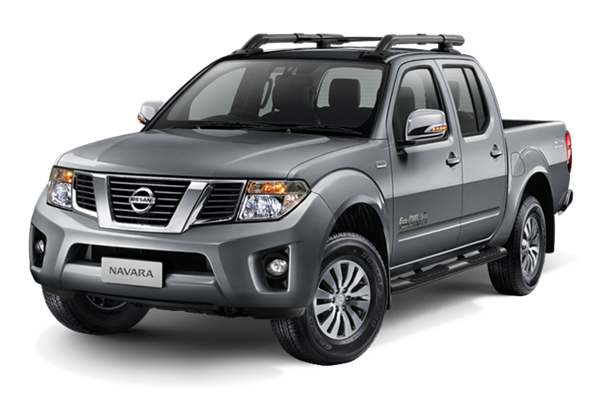 And now we are officially own a Mother Trucker and live a motto of Work Hard, Play Hard! Hahahaha! Poyoooooooo...

P/S : I will blog about Car Registration Number in the next post! You really wanna know how JPJ process is!

Read here on our experience with buying the number at JPJ KL!