Bravo for Suhaimi Baba for her 12years documentary project of Tan Sri P.Ramlee. I was so shocked to know the real true story that never been told. (No wonder she can get all footage from deceased people.)

I didn't know that :

1) Mariani was a Singapore ex-beauty queen. She was gorgeous!
2) Mariani was P.Ramlee first crush before Saloma.
3) Norizan was a Perak ex-queen. Wife to a Sultan, before Sultan Idris.
4) P.Ramlee was heartbroken with Studio Merdeka. They promised him everything but nothing.
5) Malaysia didn't respect P.Ramlee and booed him on stage. Stupid Malaysian!
6) P.Ramlee was broke to death due to someone's summon. But he was generous to help people in need.
7) HM Shah was DV8 owner and a good friend of P.Ramlee. He helped P.Ramlee a lot!
8) Saloma adored P.Ramlee and wanted to marry him, and Mariani gave her a way.
9) Saloma used to stay in Australia and sang in Melbourne. I bet she came from a rich family.
10) Norizan slapped Mariani and Saloma told Norizan that she will take P.Ramlee from Norizan. And she did. Haha!
11) P.Ramlee didn't allow Saloma to do house chores. Sit and looks pretty all the time, and Mariani did the cooking. WOW!


Whatever it is, pity P. Ramlee...Malaysian ONLY respect him AFTER he died. You need to pay for what you've done, Malaysia! 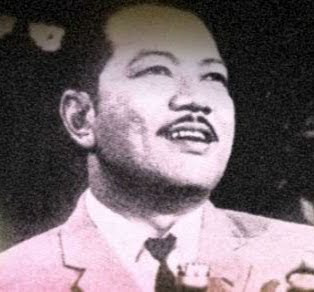 He was and still the greatest! And no one can replace him. Period.
(And please don't try to sing his songs in new way of styles...tak sedap lah...)
P/S: Btw, former Shaw Studio Manager, Mr.Kwek, told that P.Ramlee has plenty of money, "eat also cannot finish", but what happened to that money ya? Hmm...

yes, I watched it too, a real good documentary. Learned many great things about our late P.Ramlee :)

In Malaysia everyone with special talent in any sector (music, film, politics etc) will be killed. Their career will be crushed, stepped on and spit upon.

Stop whining and being a swine. Your beloved Lee Kuan Yew is the one who put a full stop on P Ramlee's career in SG. He dislike Malays forming a Union fighting for their rights especially in Chinese-own Film Studio.

They also forgot to mention that during that time in Malaysia, most of the influential journalist are Chinese. Get the point???

Make sure you get your facts right before simply called us 'Stupid Malaysian'. Lee - dumb, SG Malays - dumber!

Basically you are a swine too because Singapore was before belong to Malaysia so whether you are S'porean or M'sian that makes no different and the only different is the attitude and character by the people itself. Let bygone be bygone....

Precisely! Let bygones be bygones. In the same vein, how is Malaysia supposed to pay for what it has done to Tan Sri P. Ramlee, I wonder? Isn't the guilt carried by the nation now immortalised in records and its mistakes laid bare for all to see a punishment in itself? Is the new generation - the generation that I belong to - also to be blamed for the mistakes committed by the past generations?

Last year young Malaysian artistes recorded an album entitled "Di Mana Kan Ku Cari Ganti: Satu Indiepretasi" as a tribute to P. Ramlee. His movies and songs are still very much enjoyed and appreciated by young Malaysians. Local TV stations have been replaying his movies regularly since I was born and we never get bored of them... solid proof that he is indeed a legend. True the accolades and all have come too late, but what else do you expect Malaysia to do? We all live with regrets and I do feel very sad reading all the mistreatment he received. But in the end we'll just have to make the best out of the situation. Here's hoping that P. Ramlee's flame will burn on in our hearts forever.