It has been 10 years since I rode my mountain bike. My dad bought me one, for me to cycle to office during my days in Serdang. It was 5 minutes ride from my apartment to my office. It was fun but the challenge was I need to bring it down via lift! So I didn't bother to ride it again...and I left it alone, rusty and dusty at washing area.


When I moved out from the house, again, I didn't bother to bring it along with me. (Sorry dad.) That was not the point. Now, Adib told me that she's going to have a healthy session with Fyzal at Putrajaya. They gonna ride their new bikes, a.k.a fixie bikes, that just newly bought 5 months after she bought her mountain bikes. Crazy rich huh?

A fixed-gear bicycle (or fixed-wheel bicycle, commonly known in the USA as a fixie) is a bicycle that has no freewheel, meaning it cannot coast — the pedals are always in motion when the bicycle is moving.

The sprocket is screwed directly onto a fixed hub. When the rear wheel turns, the pedals turn in the same direction.[1] This allows a cyclist to stop without using a brake, by resisting the rotation of the cranks, and also to ride in reverse.

Track cycling in a velodrome has always used fixed-gear track bikes, but fixed-gear bicycles are now again used on the road,[2] a trend generally seen as being led by bicycle messengers.[3]

Recently, fixed-gear bikes have emerged as part of the hipster trend due to their appeal as a "vintage" accessory.

So, she offered us to borrow their newly-old mountain bikes, to ride along with them. Hubby and I straight away agreed, since it has been too long we never exercise. (I bought one badminton racket that I only played once.) So, why not?


We then went to her house and picked up the other two bikes.

Guess what...we took almost an hour to put these two bikes in!!! Seriously we don't know how to arrange them in place, plus, we unable to remove the front tires coz these type of bikes have gears!!! Tension gile!!! Looking up, its going to rain. I smsed Adib and told her, whatever it is, I WANT to ride this bike! Even if it's rain. Hahaha! And so we did ride :) 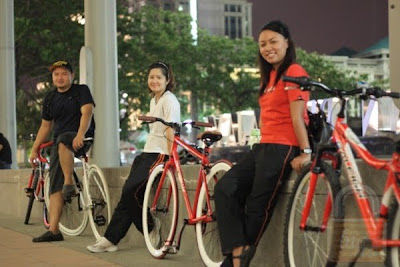 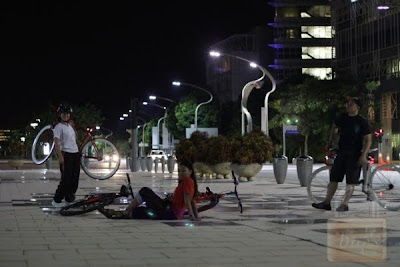 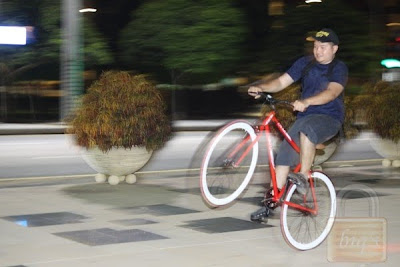 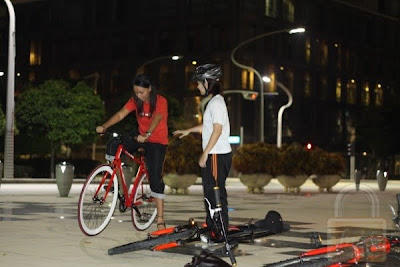 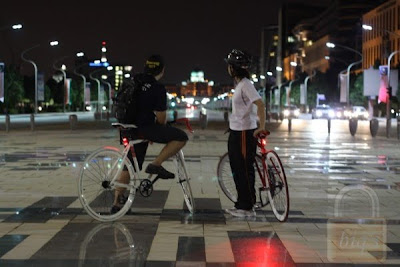 Healthy is Love. Love is Healthy. 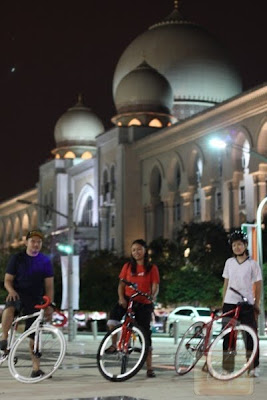 This is about friends, sports

i want one... *sambung tido balik*

stumble on this while googling "fixie bike". Cycling is awesome. :)